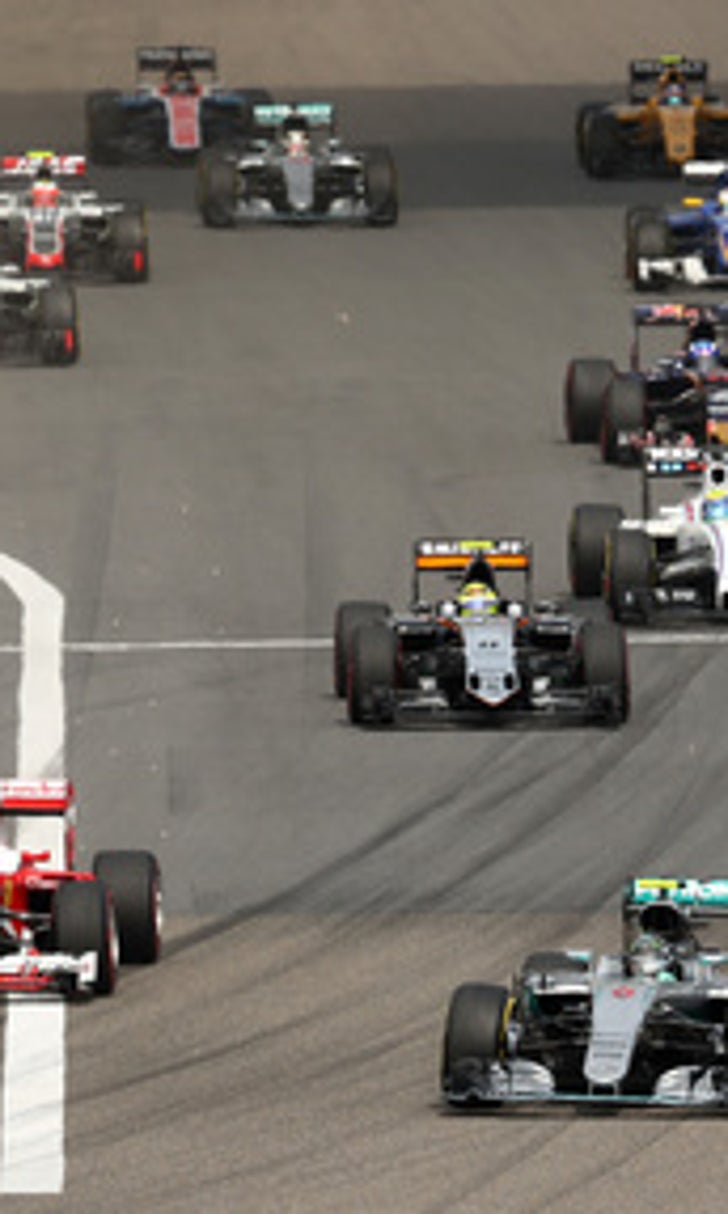 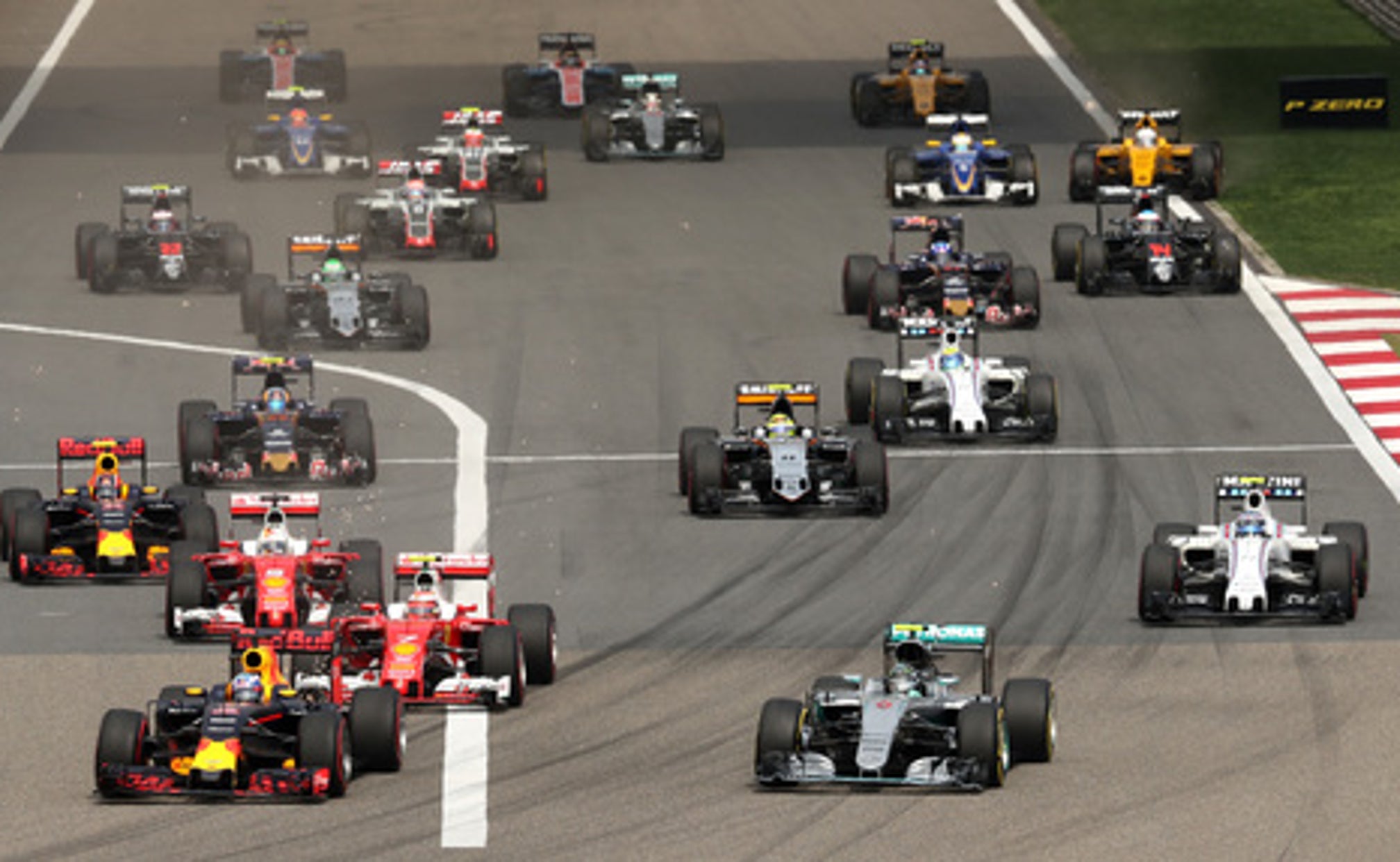 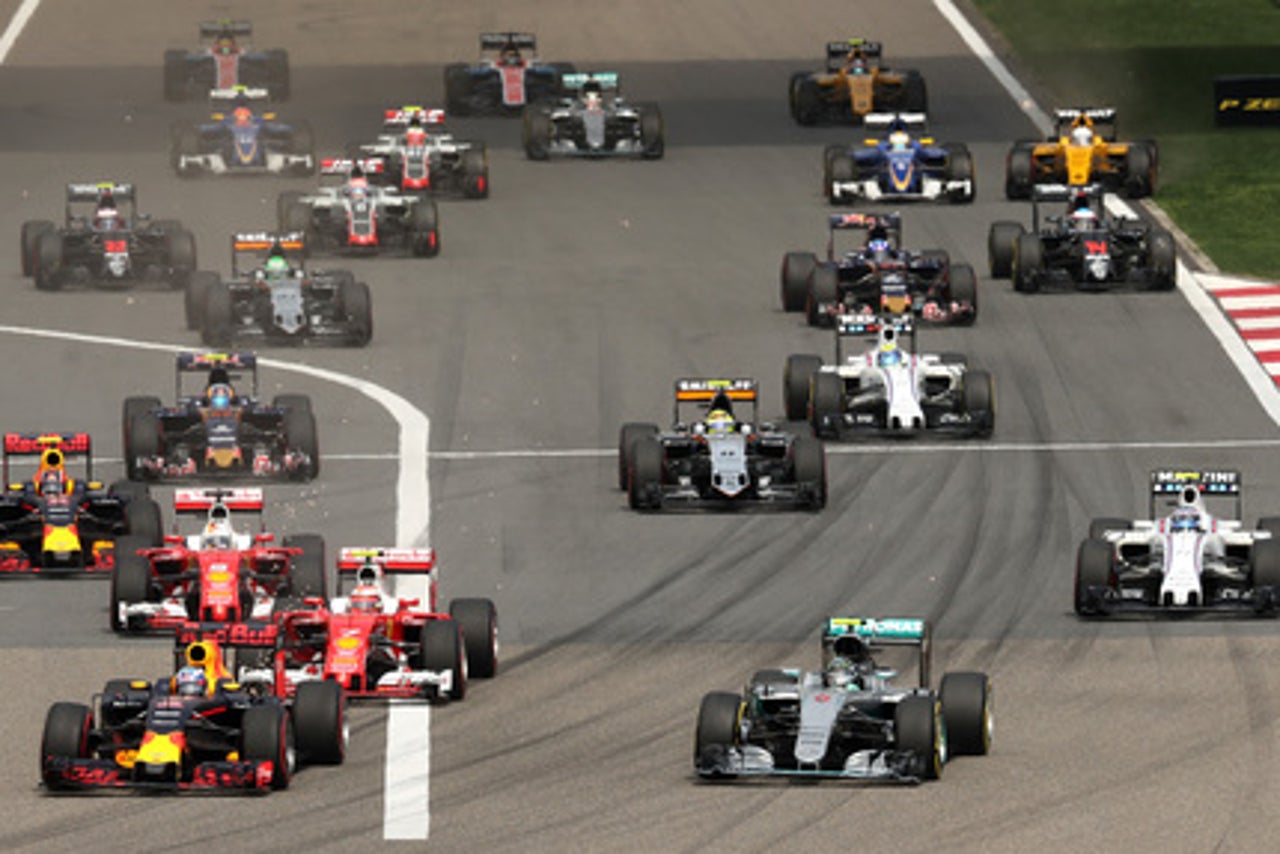 SHANGHAI (AP) Nico Rosberg of Mercedes escaped unscathed from a wild first lap at the Chinese Grand Prix on Sunday, and then showed why he's the driver to beat this year in Formula One.

Rosberg started on pole position and led nearly the entire race by a wide margin to extend his perfect start to the season with a third consecutive win - and his sixth straight dating back to last season.

Vettel, who collided with Ferrari teammate Kimi Raikkonen at the first corner of the chaotic opening lap, finished 37.7 seconds behind Rosberg in second place, while Red Bull's Daniil Kvyat used an aggressive race strategy to take third - only the second podium of the 21-year-old's career.

Every driver who has started an F1 season with three straight wins has gone on to win the title that year. Rosberg now has a 36-point lead over Mercedes teammate and reigning world champion Lewis Hamilton in the drivers' standings, but he's not looking too far ahead yet.

''Lewis is not many points behind ... and he's as focused and motivated as ever.''

It was a weekend to forget for Hamilton, a four-time winner at the Shanghai circuit. First, he was assessed a five-place grid penalty for an early gearbox change and then he was forced to start the race in the back row after an engine problem on Saturday prevented him from setting a time in qualifying.

To make matters worse, he also got tangled up in the first-corner accident between Vettel and Raikkonen on Sunday, losing a front wing that brought the first of an extraordinary five pit stops in the race and a seventh-place finish.

''Of course, it's not a great feeling,'' Hamilton said. ''But I have the utmost confidence in this team. I know that we will recover from this at some point.''

Vettel worked his way through the field after the collision by running his first 16 laps on super-soft tires to claim a creditable second.

''Disappointed that I made contact in lap one. Lucky that the car was still intact,'' Vettel said. ''We had a different strategy from most people with the super-soft tire, which helped me to clear the traffic and make progress. It was good fun - a lot of cars. I didn't count but it felt like a lot.''

Red Bull's Daniel Ricciardo led the race initially after getting off the line better than Rosberg, but he suffered a puncture on lap three and finished fourth for the third straight race.

Raikkonen finished fifth after having been knocked to the back of the field by the collision with Vettel.

That collision came when Kvyat made an aggressive pass on the inside of Vettel, causing the German to swerve and hit Raikkonen on the outside. An angry Vettel fumed on his radio, ''Kvyat's attack was suicidal, there was no way he could have made the corner with that speed.''

When Raikkonen returned to the track, Sauber's Felipe Nasr swerved to avoid him and collided with Hamilton, dislodging the front wing of his Mercedes, which briefly got trapped beneath his car.

Vettel exchanged angry words with Kvyat after the race and later apologized to Raikkonen and his team.

''(Vettel) didn't try to do that on purpose,'' Raikkonen said. ''It wasn't ideal for me or the team, but sometimes it goes like that, unfortunately. I paid a price for it - it was a disaster after that.

Hamilton also methodically moved his way up through the field after the early setback, but he was unable to hold off Ricciardo and Raikkonen as both drivers passed him late in the race. He also couldn't overtake Williams driver Felipe Massa, who held him off for sixth place.