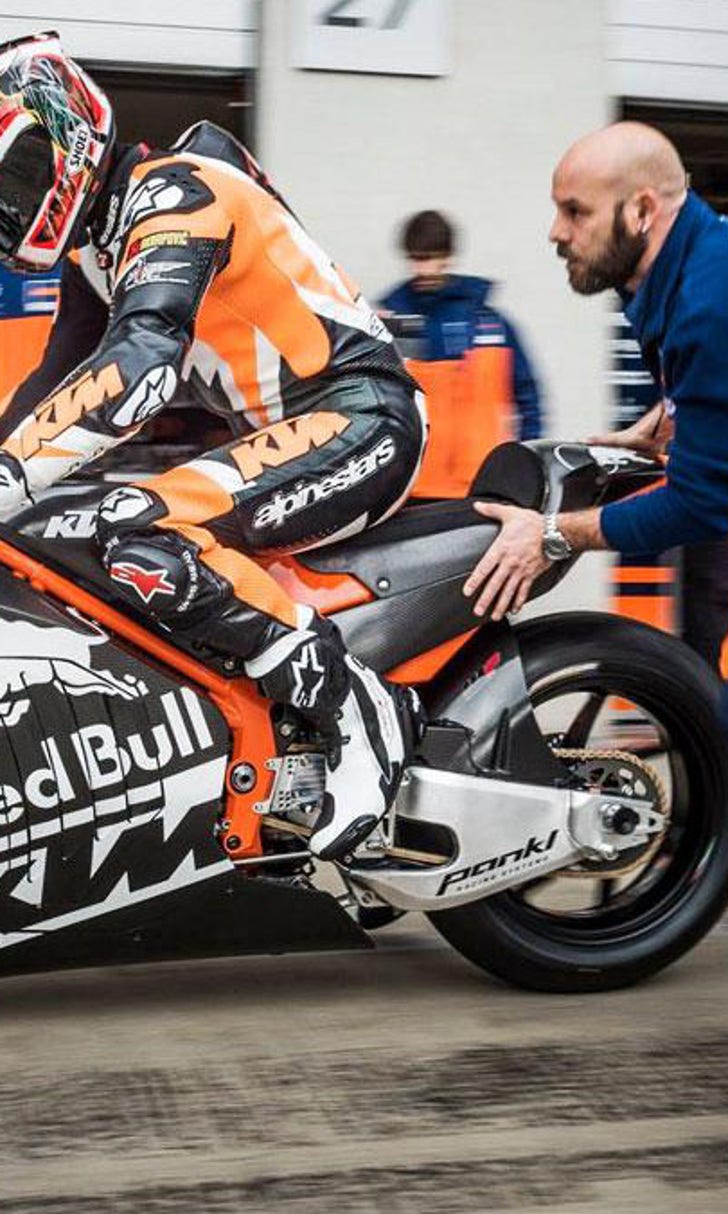 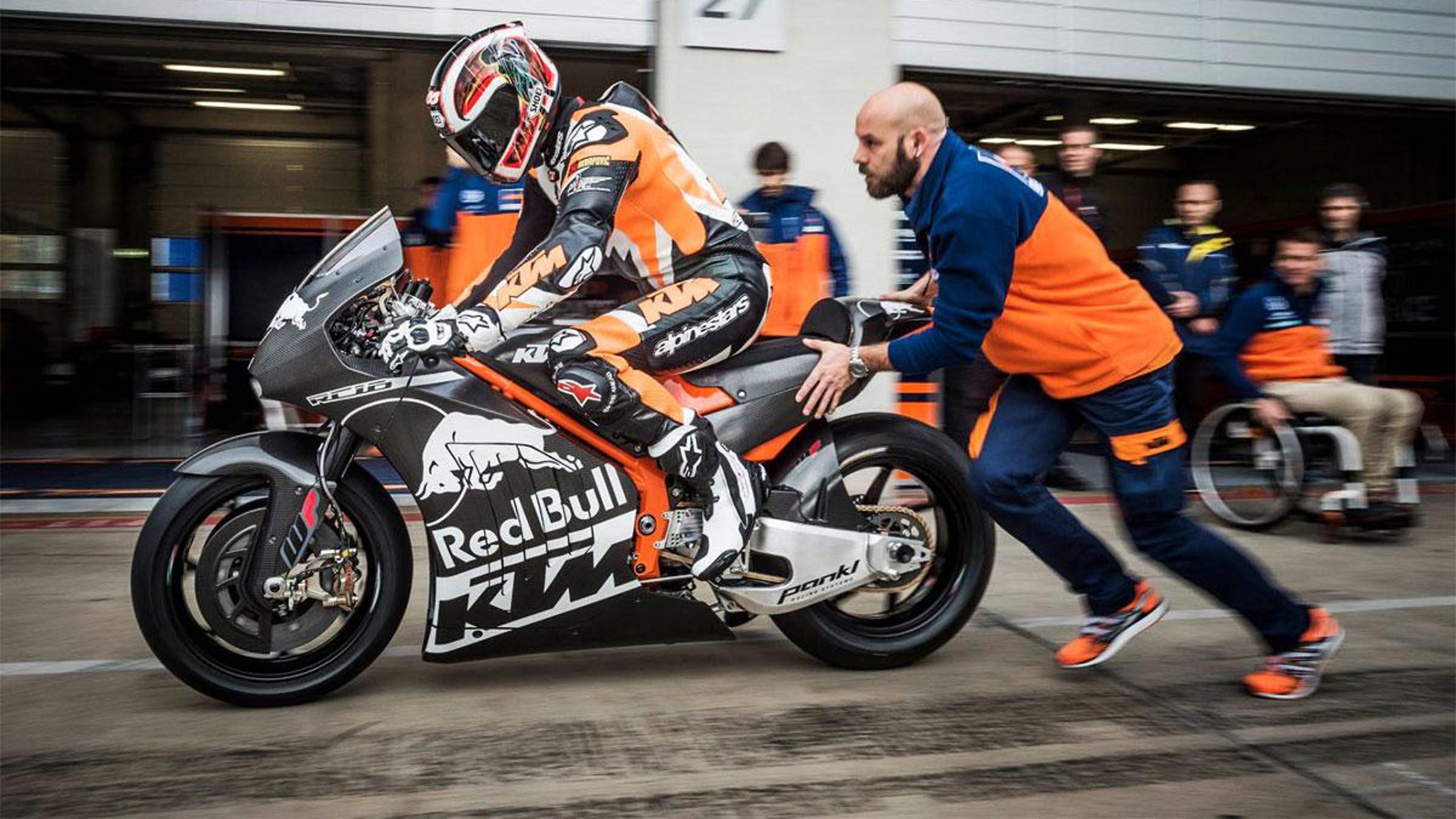 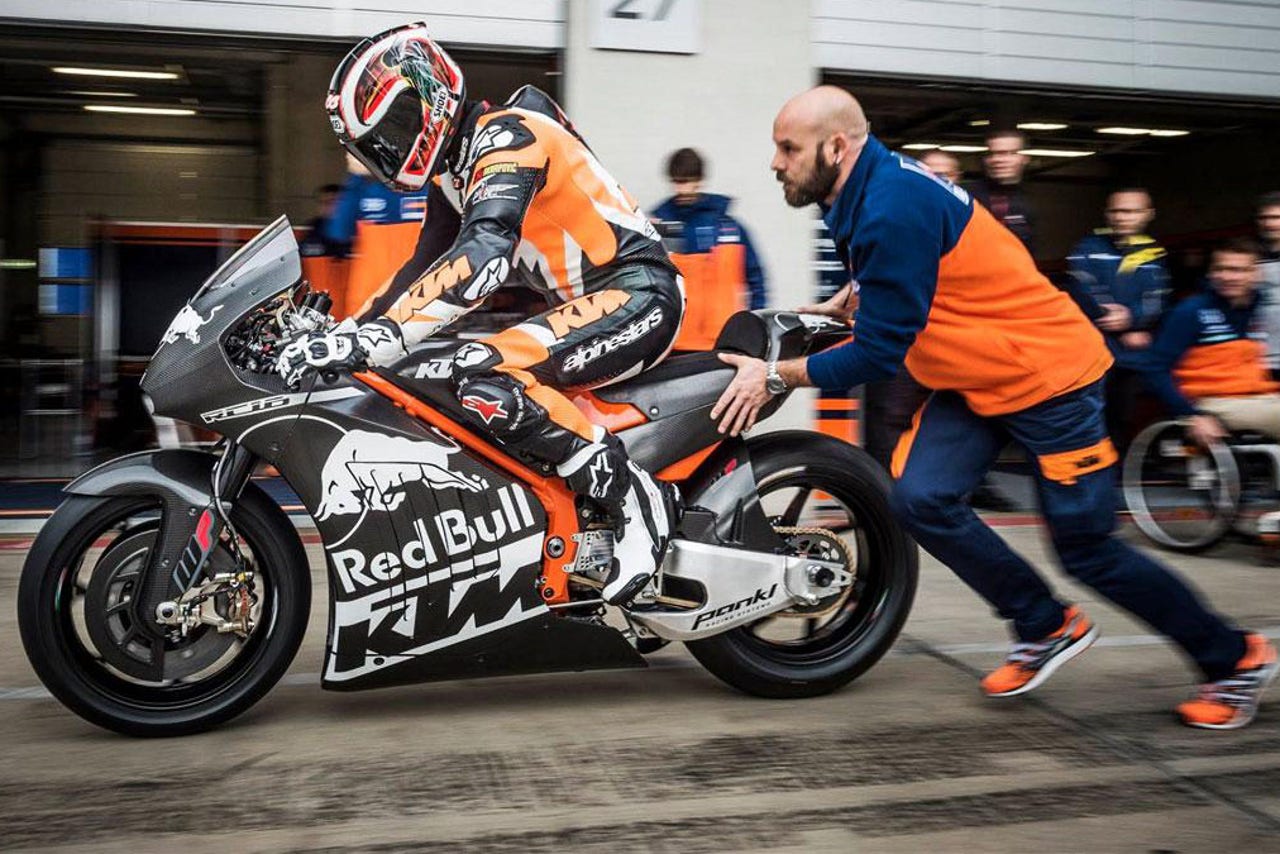 Test rider Alex Hofmann carried out three days of comprehensive testing with the MotoGP racing bike at Austria’s Red Bull Ring. The venue will see the return of the Motorcycle World Championship in 2016. The performance tests with the bike, which has been completely developed in-house by KTM, were conducted in good conditions and went exactly according to plan.

“Thursday was a very emotional moment,” said Pit Beirer, KTM Motorsport Director, “not only for me but also for the company, and I believe for many KTM fans in Austria and all over the world. This, and the start of the project on the racing circuit are just as important as any lap time. A very big thanks to Alex (Hofmann) and the entire team for the excellent performance. The feedback and the fact that we were already able to put in very many laps without any problems gives us a lot of motivation for the next steps in this long journey towards our entry into MotoGP in 2017.”

“There was of course a great deal of tension and pressure on the team and the rollout took place earlier and on a larger scale than originally planned,” said Sebastian Risse, KTM Technical Director Onroad. “The fact that it all went as smoothly as it did, and the data that we have been able to gather makes us very optimistic about the further development of the KTM RC16. Although we are still far removed from the detailed work, these three days were a very positive and instructive test for us.”

“What shall I say? Just take a look at my boots and the bike. They both look like new,” said test rider Alex Hofmann. “I have already experienced very different premieres. A big respect for what KTM has already achieved in this extremely short time. I think you can not only see it in my face, but also among all those who have worked here with such enthusiasm and professionalism.”

Another test with Alex Hofmann and the second test rider Mika Kallio is planned for this year. Parallel to this, there will be intensive further development on the KTM RC16 at KTM factory in Austria’s Mattighofen and Munderfing.