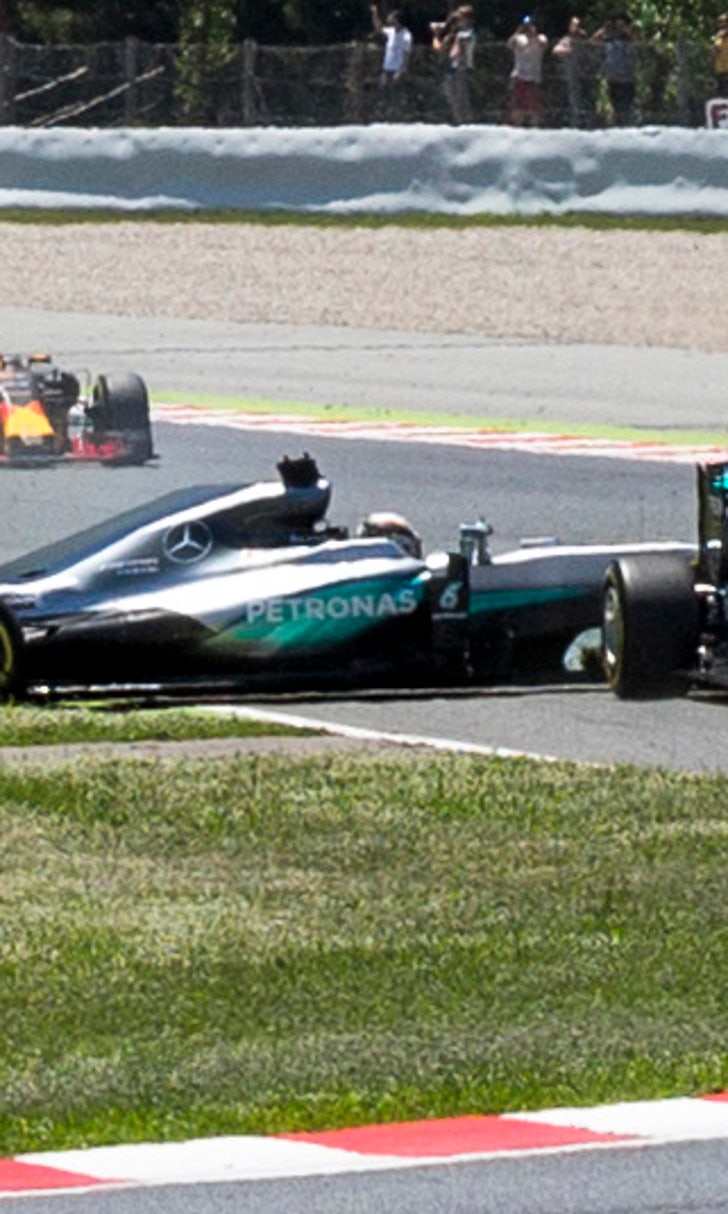 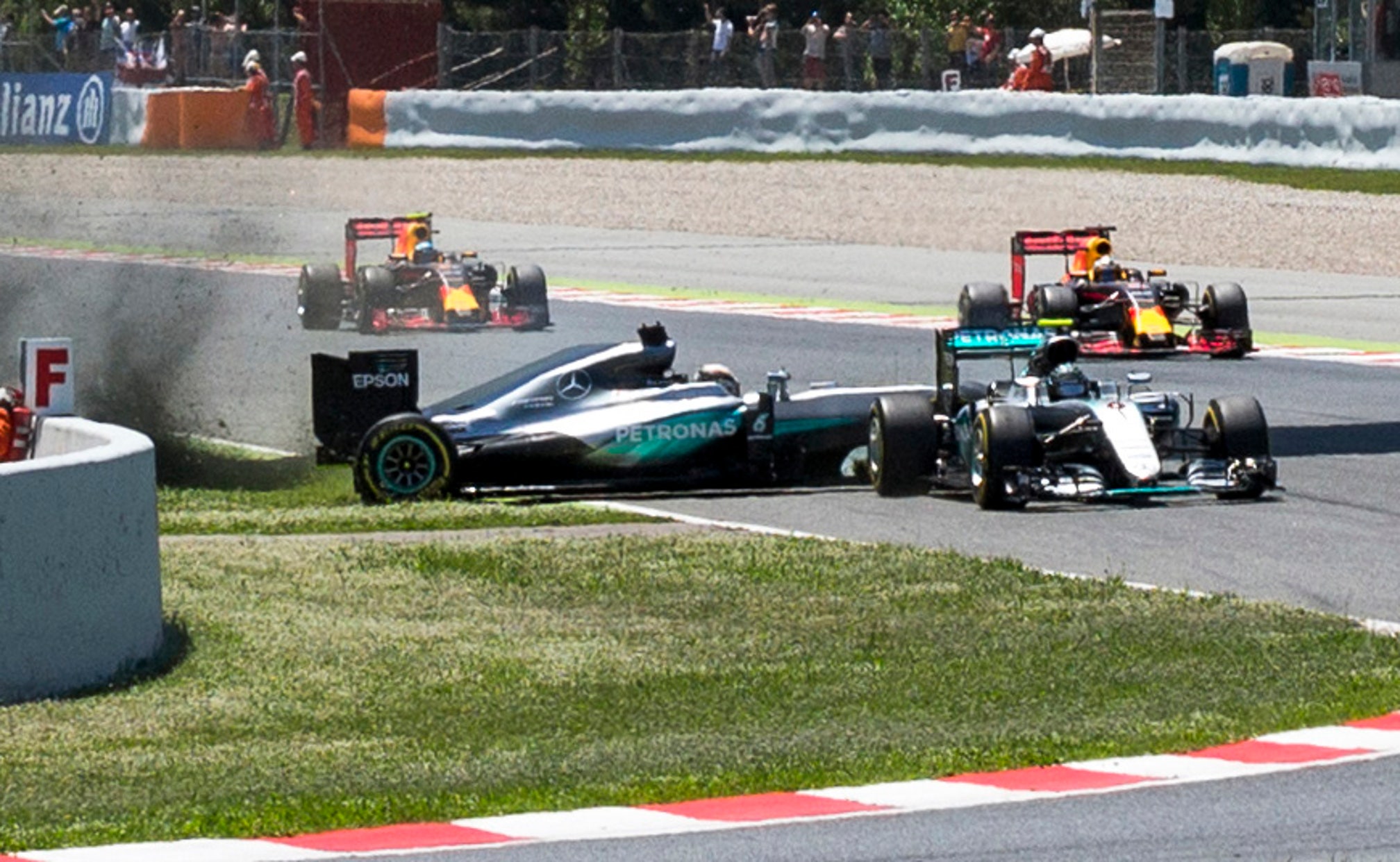 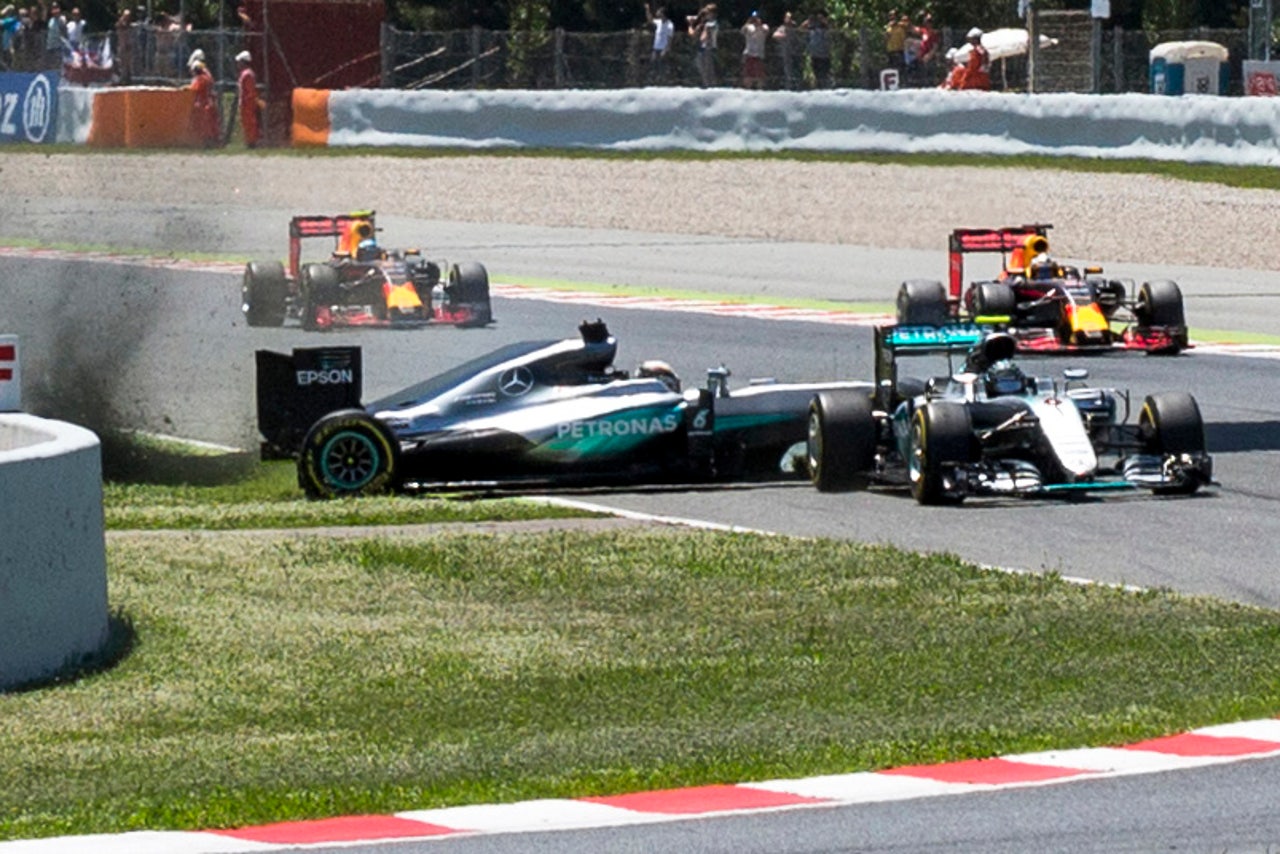 The FIA stewards decided to take no further action on the Nico Rosberg and Lewis Hamilton clash in Spain, after deciding that neither driver was predominantly to blame.

Nico Rosberg's loss of momentum out of Turn 3 was due to him being in the wrong engine mode. The German tried to recover by going for the overtake button on his steering wheel while at the same time moving right to defend his position.

The stewards acknowledged that the move was permissible, as was Hamilton´s attempt to overtake on the right, and thus blame could not be apportioned.

The full judgement was as follows: “The incident concerned started when Car 6 dropped into an incorrect power mode, as set by the driver prior to the start. This created a significant power differential between Car 6 and Car 44 at the exit of Turn 3 coming onto the straight, resulting in as much as a 17kph speed difference between the two cars on the straight. Car 6 moved to the right to defend his position, as is his right under Art 27.7 of the Sporting regulations.

“Simultaneously Car 44 as the significantly faster car with, at that time, apparent space on the inside, moved to make the pass. Art 27.7 requires the leading driver to leave room, if there is a “significant portion” of the car attempting to pass alongside. Car 44 had a portion of his front wing inside Car 6 small fractions of a second prior to Car 44 having to leave the right side of the track to avoid an initial collision, which may have led him to believe he had the right to space on the right. Once on the grass on the side of the track Car 44 was no longer in control of the situation.

“Having heard extensively from both drivers and from the team, the Stewards determined that Car 6 had the right to make the maneuver that he did and that Car 44’s attempt to overtake was reasonable, and that the convergence of events led neither driver to be wholly or predominantly at fault, and therefore take no further action.”