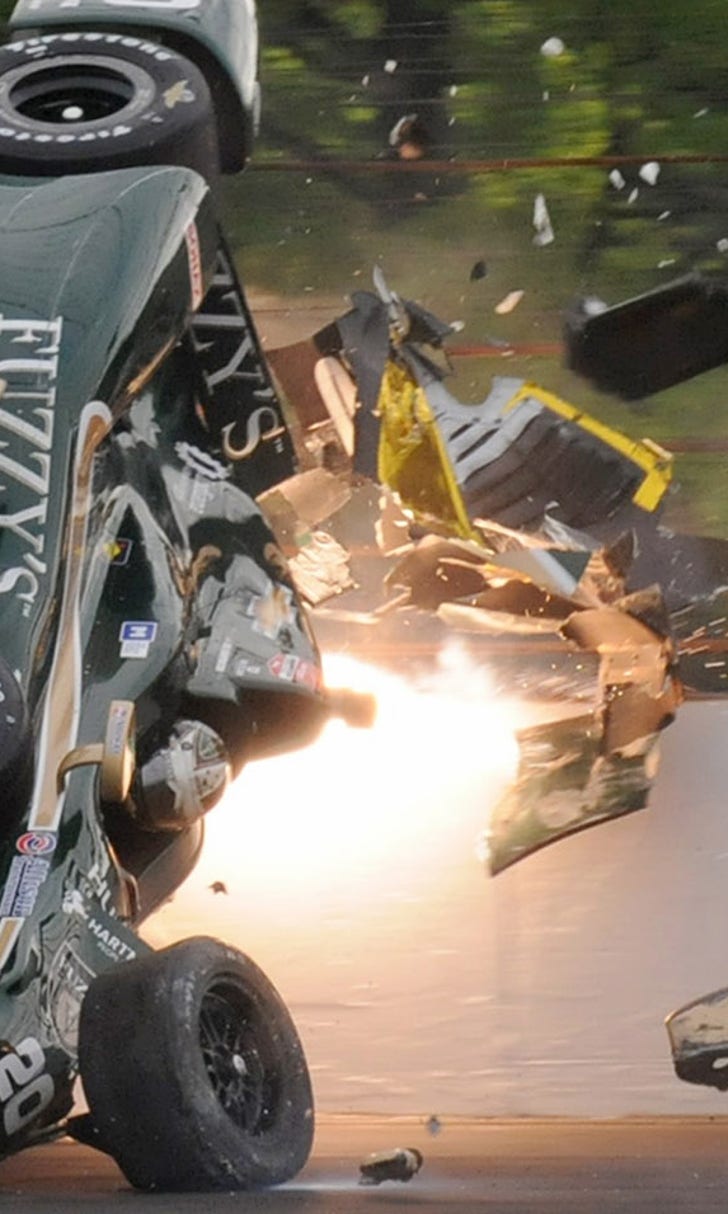 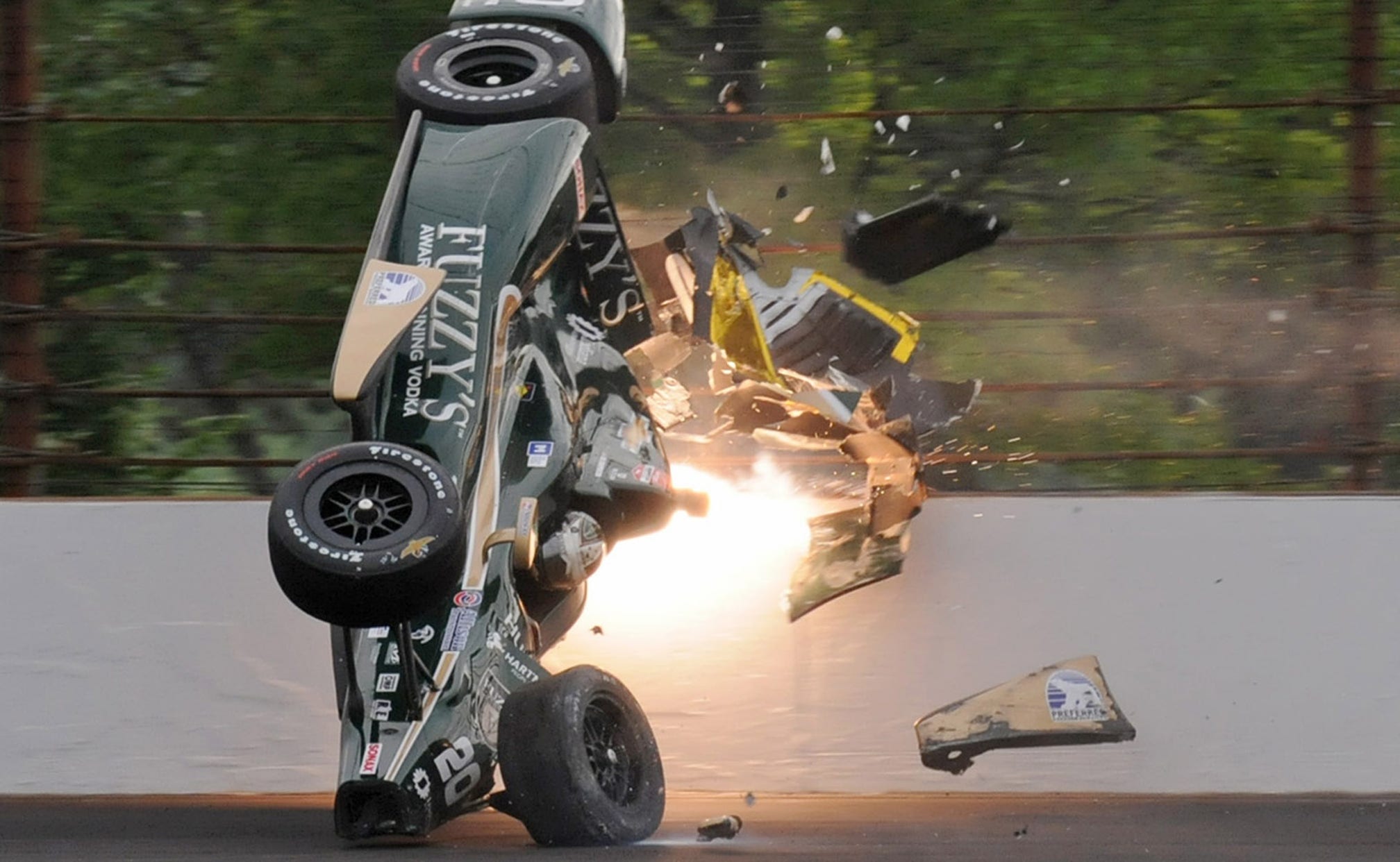 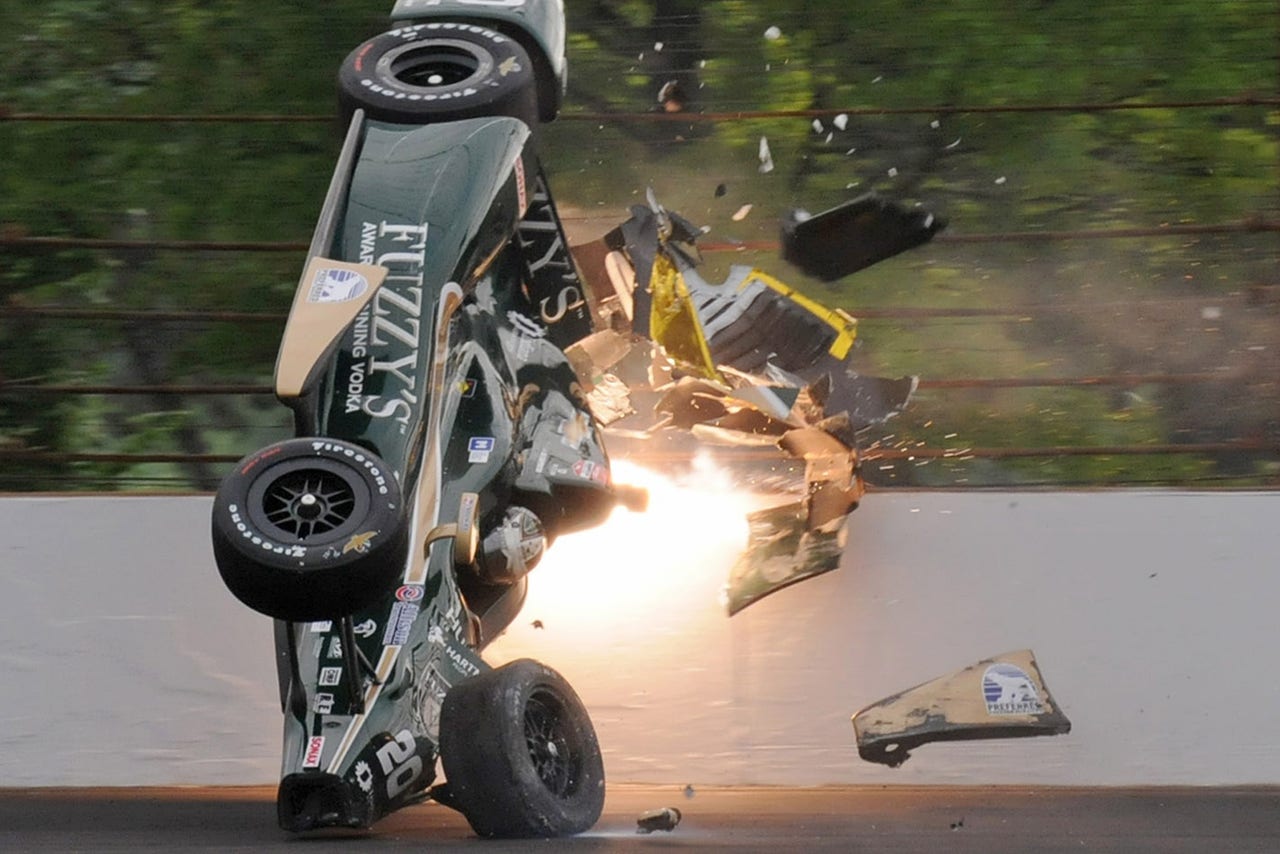 Ed Carpenter and James Hinchcliffe left Indianapolis Motor Speedway on Wednesday more confident about the cars they will race in May.

A new rear-wing flap should prevent cars from going airborne, as Carpenter experienced 11 months ago. And new suspension parts should prevent drivers from getting gouged, which happened to Hinchcliffe last year before the Indianapolis 500 and left him with a life-threatening injury.

As everyone tries to figure out what impact the new aerodynamic package might make, Carpenter and Hinchcliffe believe the racing will be safer.

"Just the way the car rides is different," Hinchcliffe said after driving around the track for the first time since his frightening crash last May.

"The beam-wing flap almost guarantees that you'll never have those 180-degree liftoffs like we did with the three Chevy cars. And there's a bunch of things they did with the suspension to prevent what happened to me from happening to anyone else."

Hinchcliffe was fortunate that a quick-acting medical team saved his life after a broken part pierced his upper leg. He said there was no trepidation of getting back on a track with speeds easily topping 200 mph, even in testing.

The ramifications from a series of scary wrecks last season -- including one that killed British driver Justin Wilson -- forced IndyCar officials to take a long, hard look at how to make the dangerous sport of open-wheel racing safer.

Mark Miles, the CEO of IndyCar's parent company, met multiple times with drivers during the offseason to seek their input. The series also is looking at ways to protect drivers' heads from flying debris, which is how Wilson died last August.

The series added new parts to its cars and scheduled an April test at Indianapolis -- something that didn't happen last year when the new oval aero kits debuted on the series' fastest track. That's why everyone was surprised when the cars started flipping last May.

So far, the results look promising.

"I think IndyCar always does a good job. I thought they handled it as well as they could last year, too," said Carpenter, a two-time Indy 500 pole winner. "I think all of the things they've done are good."

What's unclear is how much drivers have actually learned over the past two days.

On Tuesday, Carpenter, Hinchcliffe and a handful of other Chevrolet drivers were part of a closed test on a chilly, sunny day. Honda held its manufacturer's test at Fontana.

Fifteen drivers were on the track for Wednesday's open test, but the weather did not cooperate.

With temperatures hovering in the low 60s and gusty winds, drivers took an early lunch break as rain approached and the early afternoon session was wiped out by trucks driving around the historic 2.5-mile oval to dry the dampened track. They did make it back out after about a two-hour delay.

France's Simon Pagenaud was the fastest Chevy driver at 221.293.

Between now and when Indianapolis 500 practice begins May 16, teams will be crunching numbers and trying to figure out how everything will work.

"Any time you're on the track, you learn something," Carpenter said. "It can be this windy when we're out here in May. Obviously, it's a lot cooler than what we usually get in May. But it's still important for learning, especially right now when all the teams have a lot of new parts on the car."

While casual fans might not detect much difference in the look of these cars, one thing is clear -- the drivers can feel the difference.

"The beam flaps are really cool and that's a big deal when you're going backward," Carpenter said. "So I feel good about it."