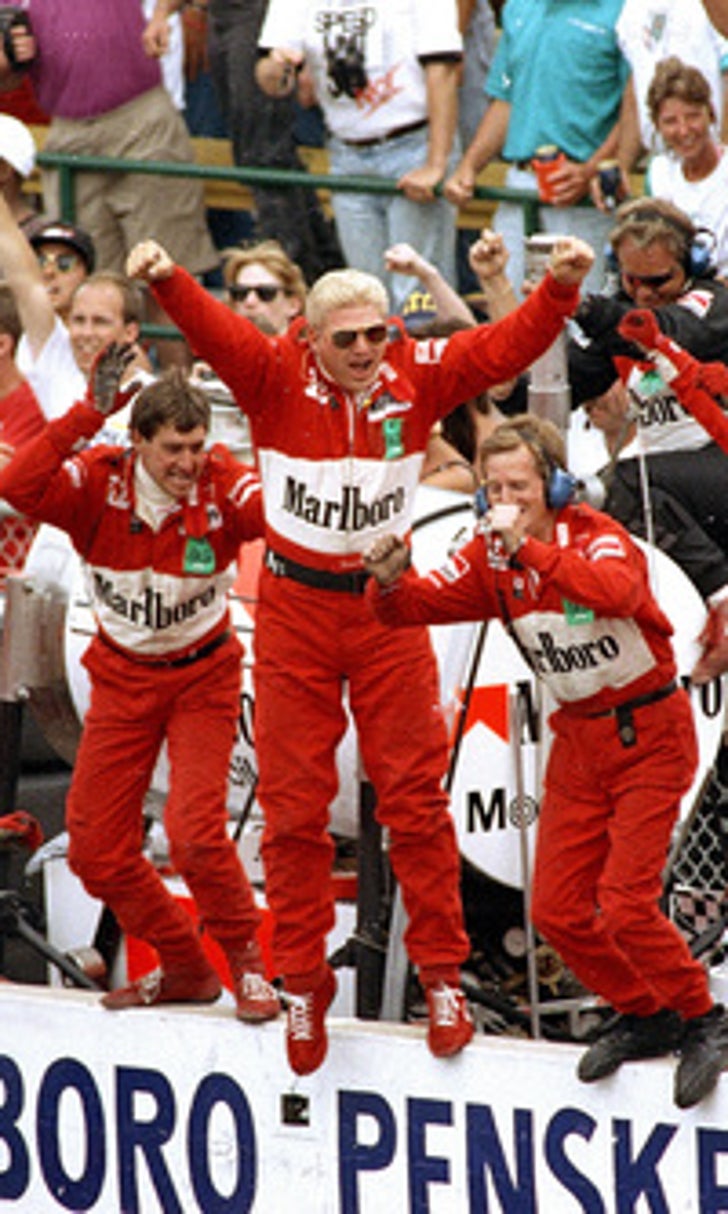 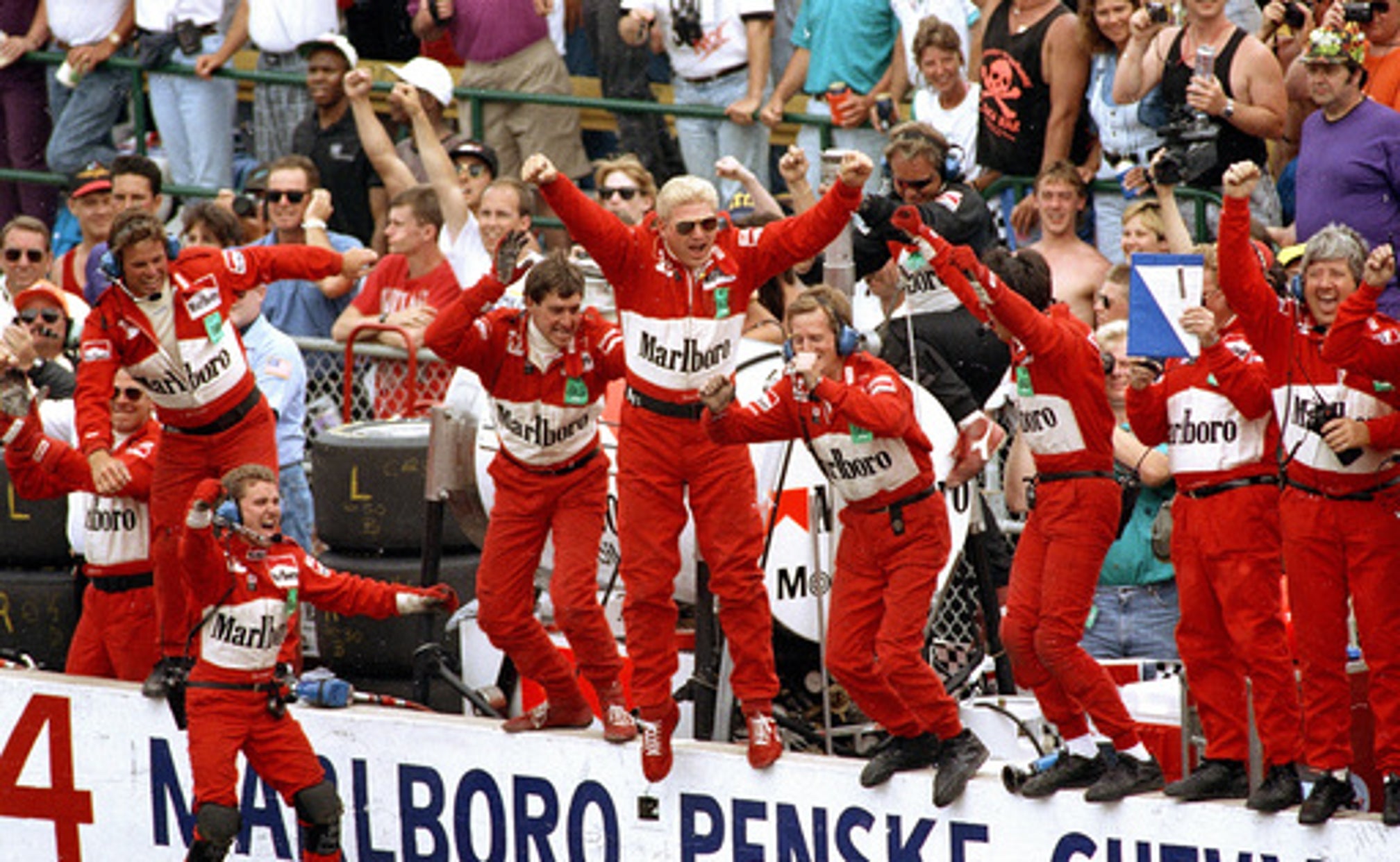 Highlights from the 77th running of the Indianapolis 500 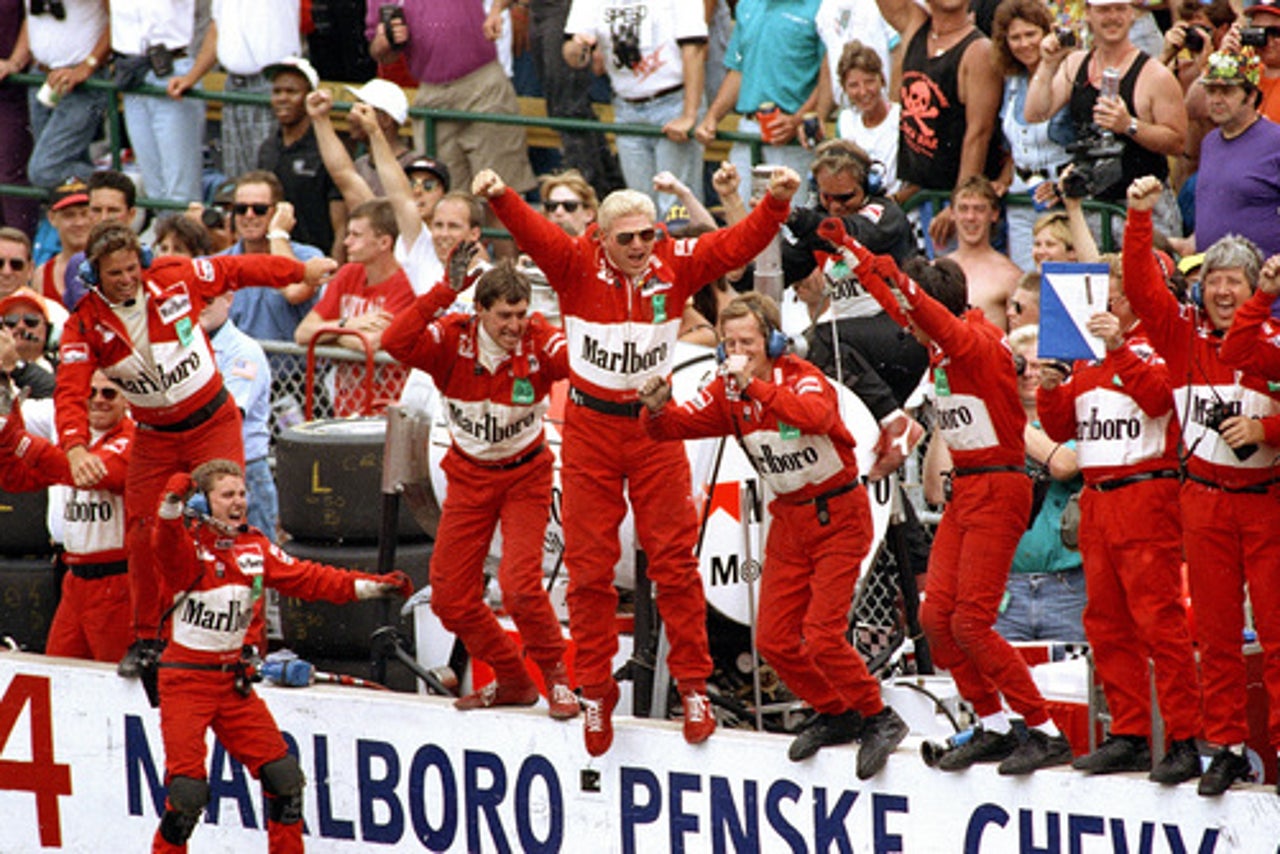 WHAT HAPPENED: Fittipaldi won for the second time in a race that included reigning Formula One champion Nigel Mansell, who drew a huge international media contingent to the race to cover the Englishman. Mansell was leading on lap 184 but on the restart his inexperience on ovals showed as he misjudged the speed and was passed by Fittipaldi on the mainstretch, Fittipaldi, Arie Luyendyk and Mansell finished 1-2-3 for the first foreign-born podium since 1915. Fittipaldi then drank orange juice instead of milk in victory lane in a stunt to promote the orange groves he owned in his native Brazil.

NOTABLE: A. J. Foyt practiced the first week but when Robby Gordon, driving another Foyt car, crashed on the morning of qualifying, Foyt reconsidered and called an end to his 35-year career. The race was also the final competitive Indy 500 for Mario Andretti and Al Unser Sr. Both led laps during the race, and both retired the next year. Bobby Rahal, the defending CART champion, was bumped from the field on the final day of time trials. Raul Boesel led 18 laps but two pit stop penalties dropped him to the back of the field. He recovered to finish fourth and later complained the race had been stolen from him, saying ''in my mind, this race is mine.''