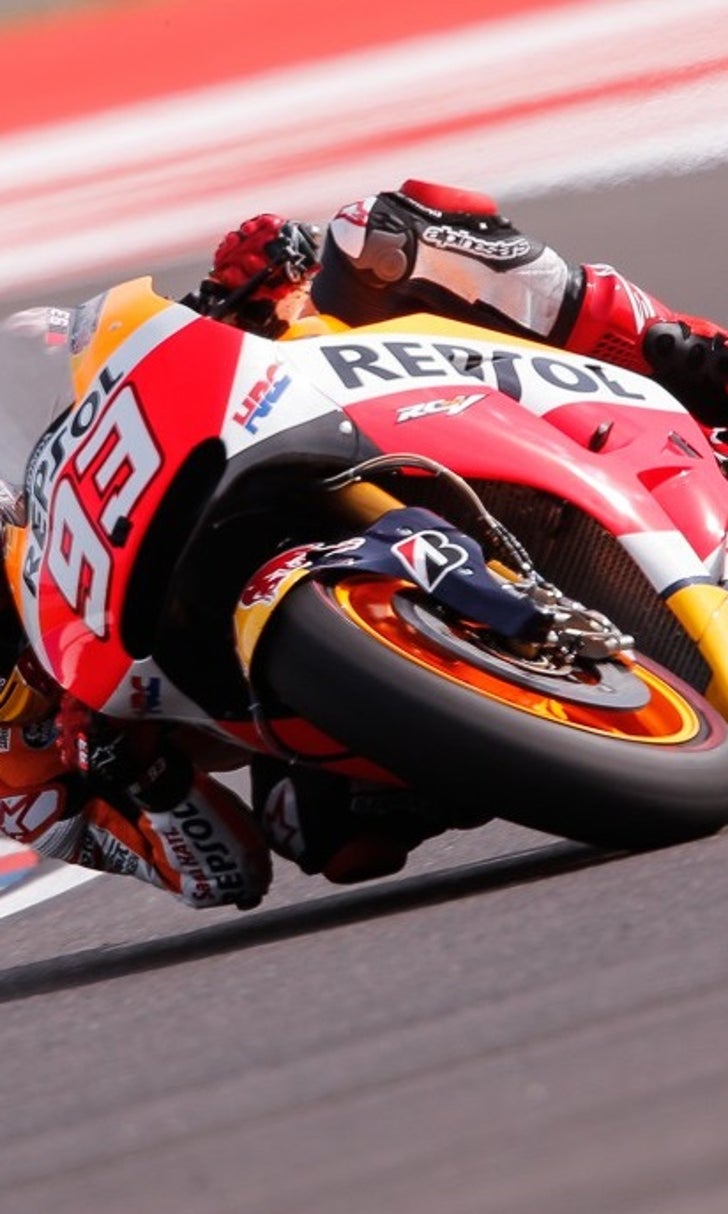 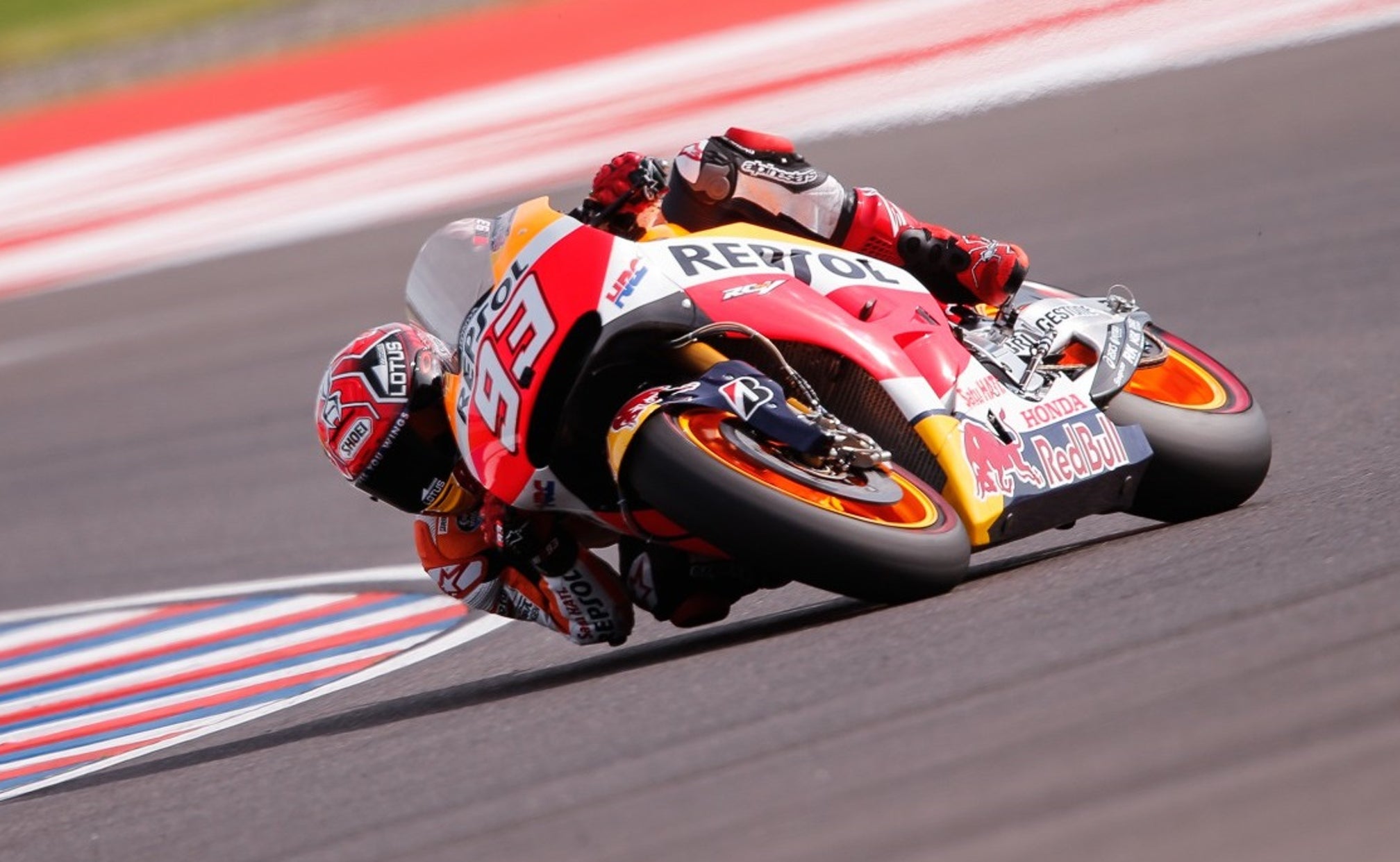 Five things to watch in Sunday's MotoGP race in Argentina 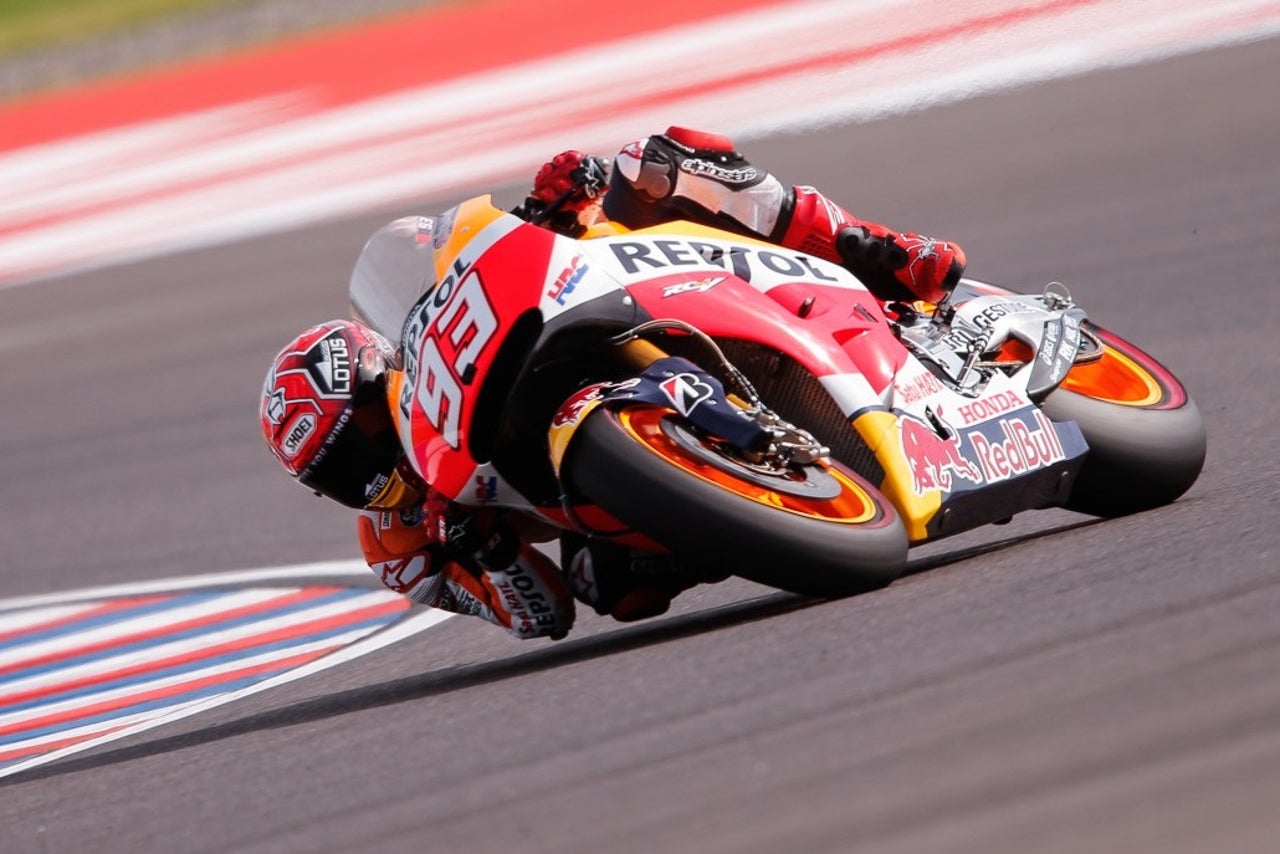 Marc Marquez claimed his second consecutive pole position on Saturday, beating Aleix Espargaro and Andrea Iannone at the 2.9-mile Termas de Rio Hondo circuit. Marquez will look to repeat what he did last week at Circuit of The Americas, where the two-time defending champion scored a dominant victory from pole.

Marquez can take the points lead with a victory in Argentina, or at least share it with Valentino Rossi but only if the Italian finishes second. Another Marquez win from pole position and regaining the points lead would return the championship to normal service. Marquez won in Texas last week and is eager to show that a rare error that cost him valuable points at the opening race in Qatar was an aberration as he chases a historic third consecutive world title.

Can Lorenzo get his first podium of the season and begin to close the points gap on Yamaha teammate Rossi and Honda rival Marquez? In a less than stellar start to the season Lorenzo has a pair of fourth places to his name. He was slowed by front tire wear and illness in Texas and an embarrassing helmet issue in Qatar. Twice a world champion, Lorenzo needs a good result here, a win even, to kickstart his 2015 campaign.

Soaring track temperatures at a sun-soaked Termas de Rio Honda circuit will make rear tire endurance a crucial factor over the 25-lap race distance. This will swing the advantage to the Honda and Yamaha factory riders who have the option of using a new extra-hard tire allocated for this race. The downside for Ducati riders is that they do not have access to the extra-hard tire because they run in the Factory Option rules that allows an extra two liters of fuel and unlimited engine development. Suzuki must also race the standard hard rear tire under the Factory Option rules.

Spanish rider Espargaro has scored Suzuki's first front row start since their return this season after a three year absence. The sweet-handling GSX-RR has been impressive in Argentina on a circuit which masks Suzuki's current lack of top end horsepower compared to Honda, Yamaha and Ducati. Espargaro feels the Suzuki is a top five contender and he will be with the leaders early in the race but concedes that having to use a softer compound rear tire will make it difficult against the Hondas and Yamahas.

Crutchlow has qualified fourth and is eager to show that his defection from a factory ride with Ducati to a factory Honda RC213V was the right move. He has been fast and consistent in practice but needs to translate that in to a strong race result. Cructhlow has had to watch his former Ducati teammate Andrea Dovizioso take two podiums on the new GP15 in Texas and Qatar. On a factory Honda, Cructhlow is able to race the extra-hard tire which is an advantage in Argentina.