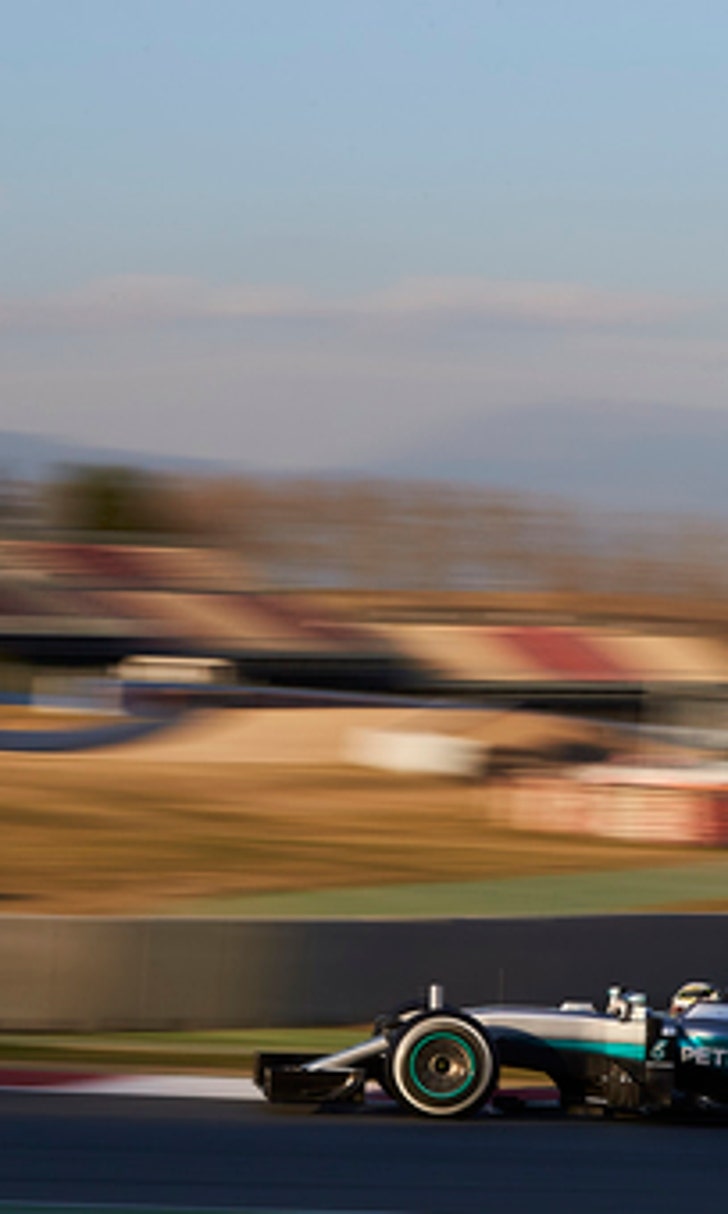 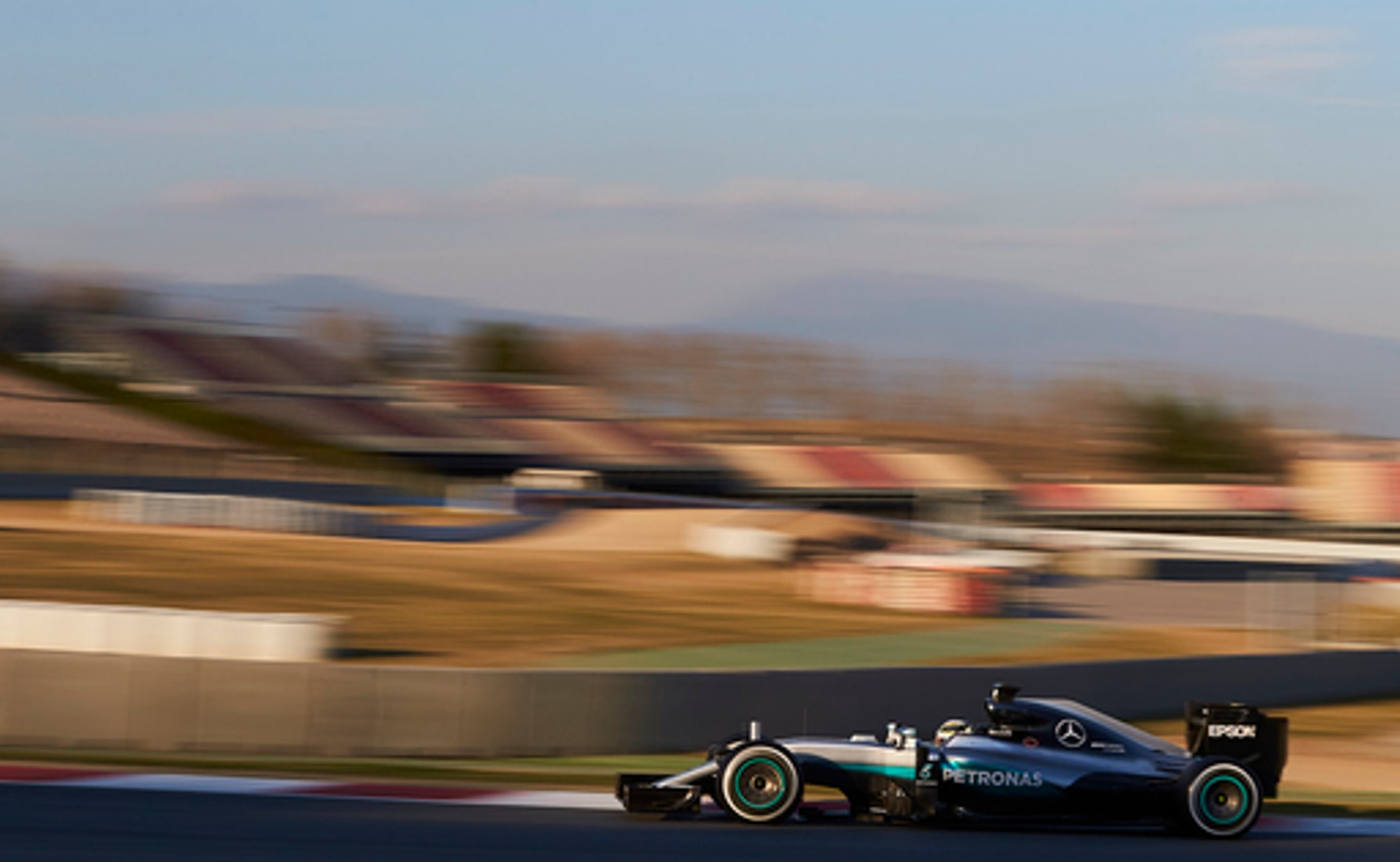 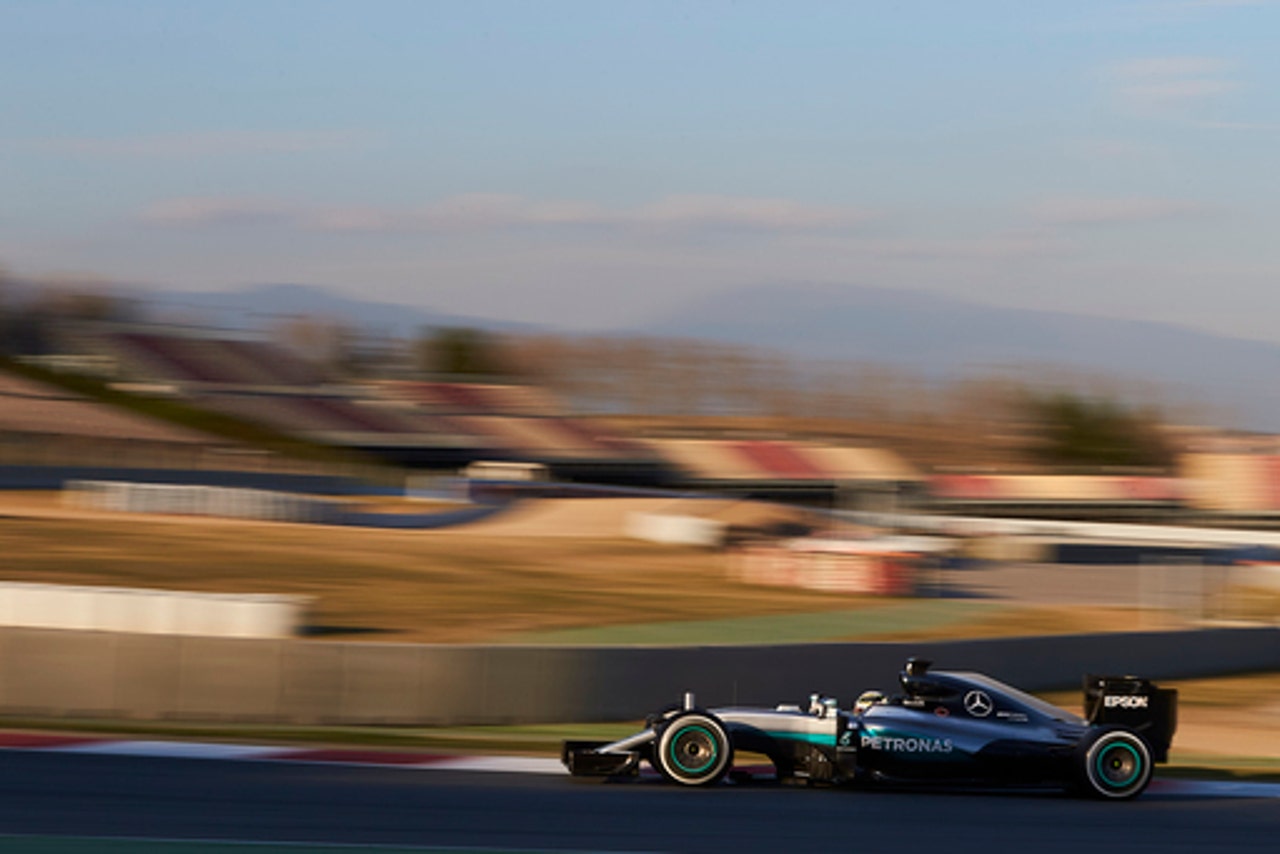 Ferrari set the fastest times over the four days, but Mercedes showed strength by running more laps than any other team without facing significant problems. McLaren, meanwhile, ended the week facing more of the engine reliability problems that plagued the team last year.

Raikkonen was the fastest on Thursday at the Circuit de Barcelona, while teammate Sebastian Vettel led the way on Monday and Tuesday and set the week's fastest time. Nico Hulkenberg of Force India was the fastest driver on Wednesday.

Reigning champion Lewis Hamilton and teammate Nico Rosberg impressed by running a total of 675 laps with Mercedes throughout the week, the equivalent of more than 10 Spanish Grand Prix.

Rosberg ran what he called an ''F1 marathon'' on Tuesday, completing 172 laps. Hamilton ran 156 laps on the first day alone, showing Mercedes again could be a step ahead of the rest of the field when the season starts on March 20 in Australia.

''(The car) feels strong, feels solid,'' Hamilton said. ''We won the two world championships, and going into a third year you would think it's easy for us to lose focus, but everyone is even more focused than before, and have done an even better job in terms of building the whole package.''

McLaren showed improvement from a year ago when testing began, with teammates Fernando Alonso and Jenson Button running a significant amount of laps. But Button completed only 51 laps on Wednesday because of a hydraulic leak, and Alonso was held to only three laps on Thursday because of a coolant leak.

Indonesian rookie Rio Haryanto went off the track with his Manor for the second straight day, while Mexican driver Esteban Gutierrez endured a mechanical issue with newcomer Haas, which had a positive F1 debut despite reliability issues.

Teams will test for the last time on March 1-4, again in Barcelona.