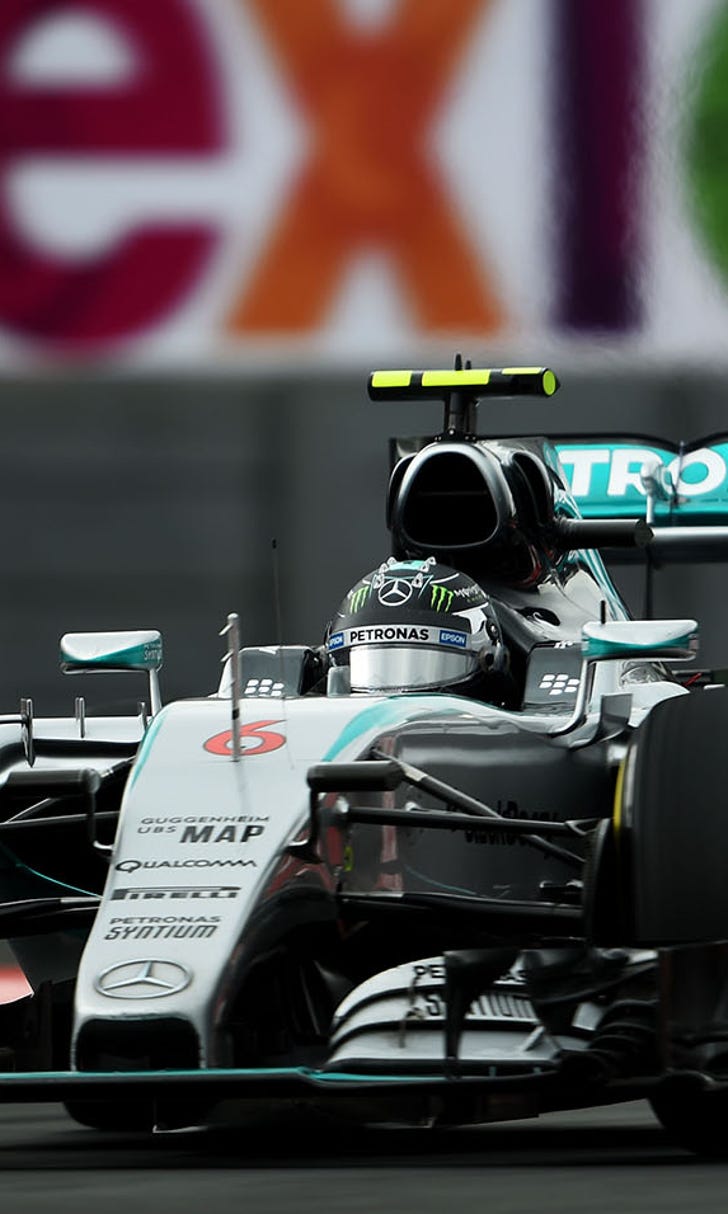 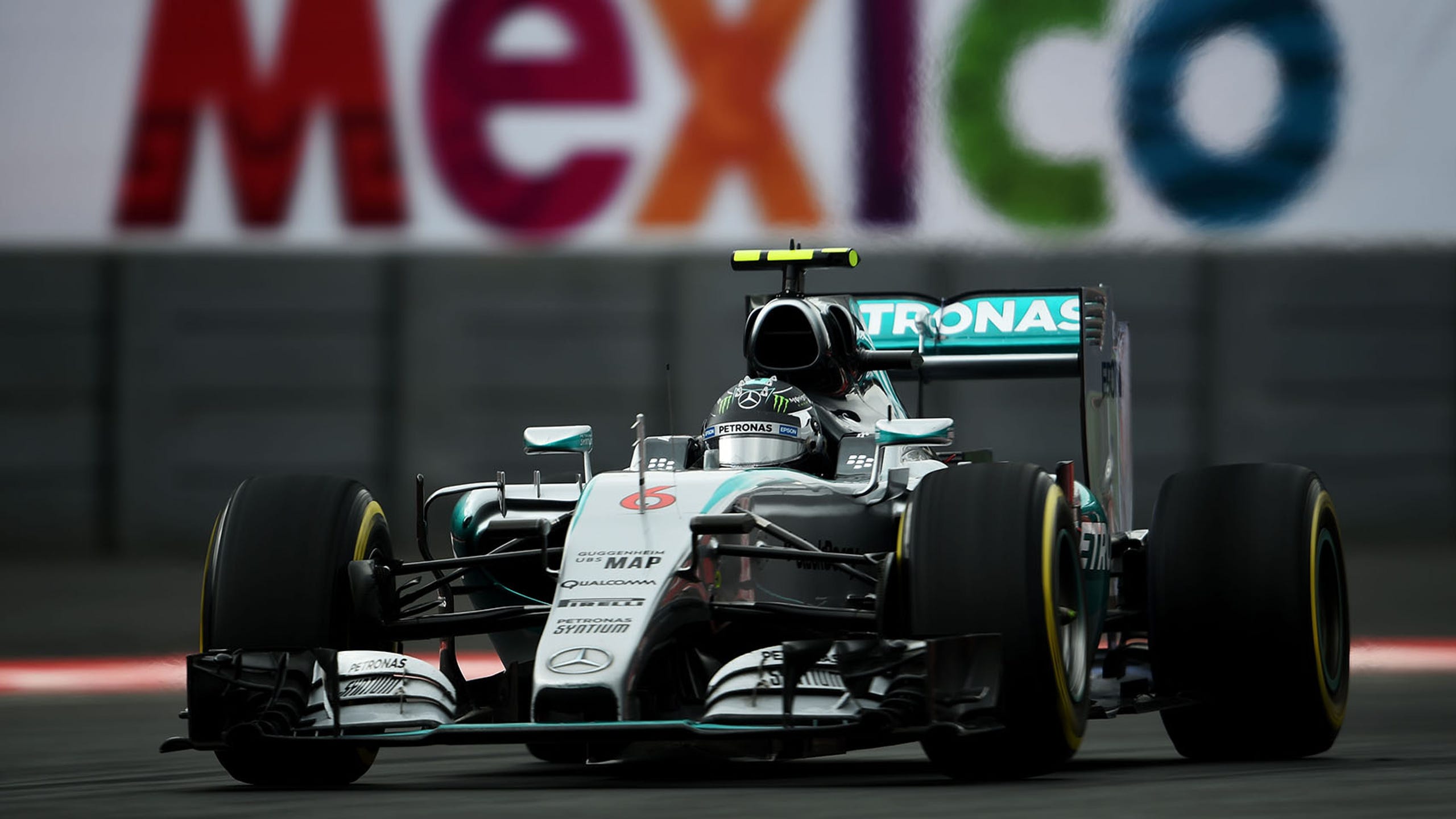 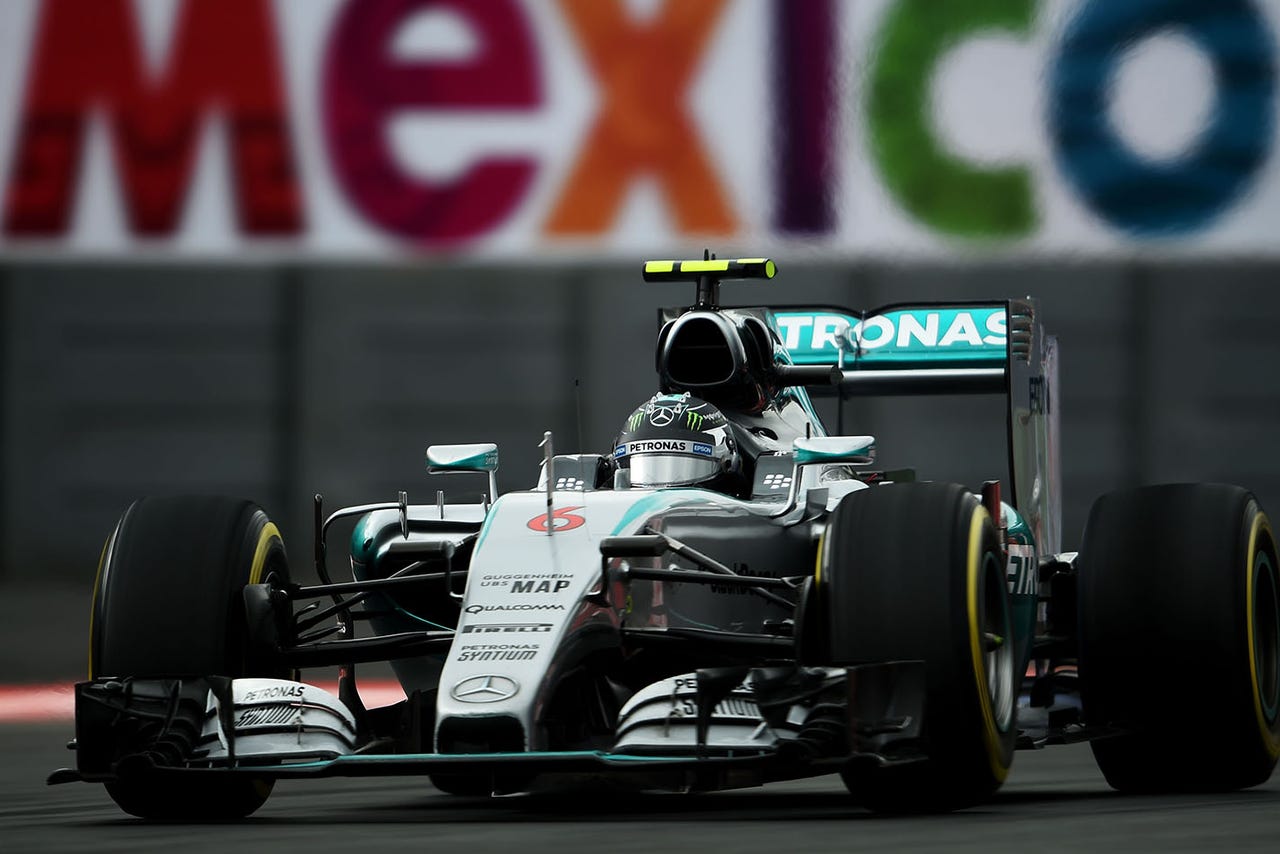 This weekend marks the first time that Formula One has raced in Mexico since 1992, and speeds have been topping over 225 mph down the front straight.

The two Mercedes switched the top times throughout Q3 but it was Rosberg who claimed pole with a 1:19.480, while Hamilton was in second, 0.188 seconds back.

Kimi Raikkonen spun late on during Q2 and returned to the pits with an apparent brake issue. He qualified 15th but will start in 19th ahead of the two McLarens after a 35-spot grid penalty.

Felipe Nasr of Sauber was knocked out in Q1 as were the two Manor Marussias and McLarens.

Jenson Button had mechanical gremlins on his McLaren-Honda during morning practice, which were unable to get resolved in time, and so the Brit did not turn a lap in qualifying. Button had earned 70 positions worth of grid penalties prior to qualifying and so would have to start at the back anyway.