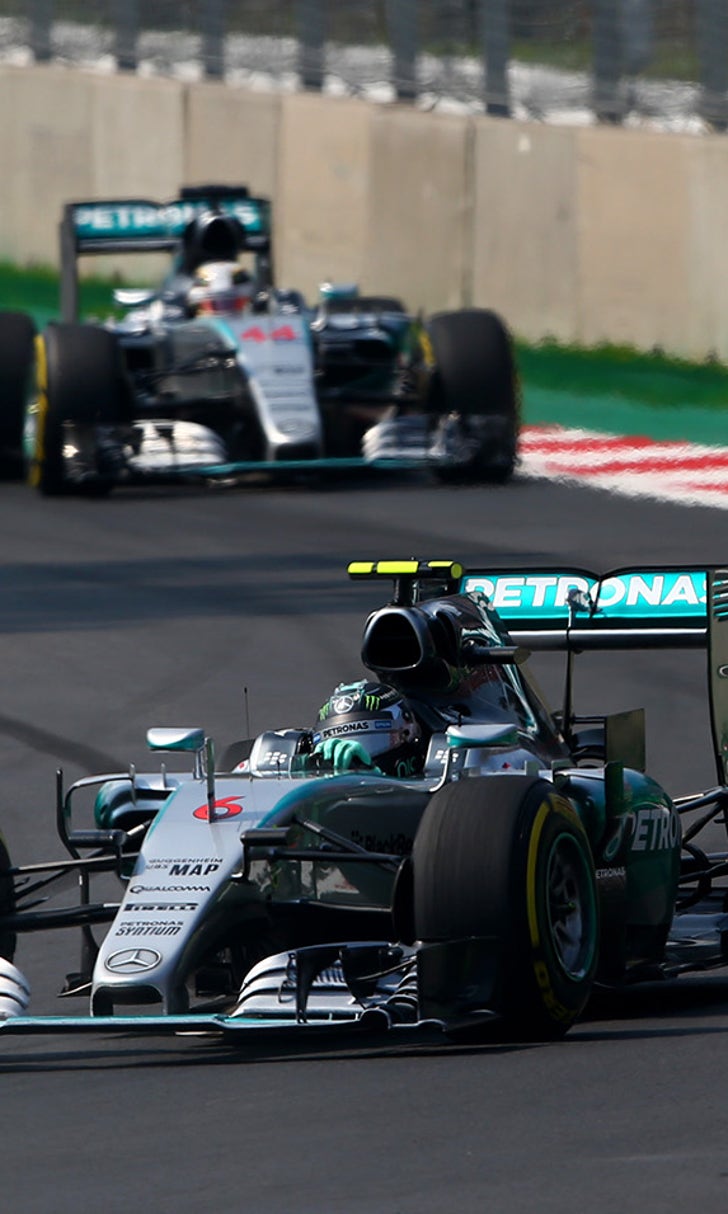 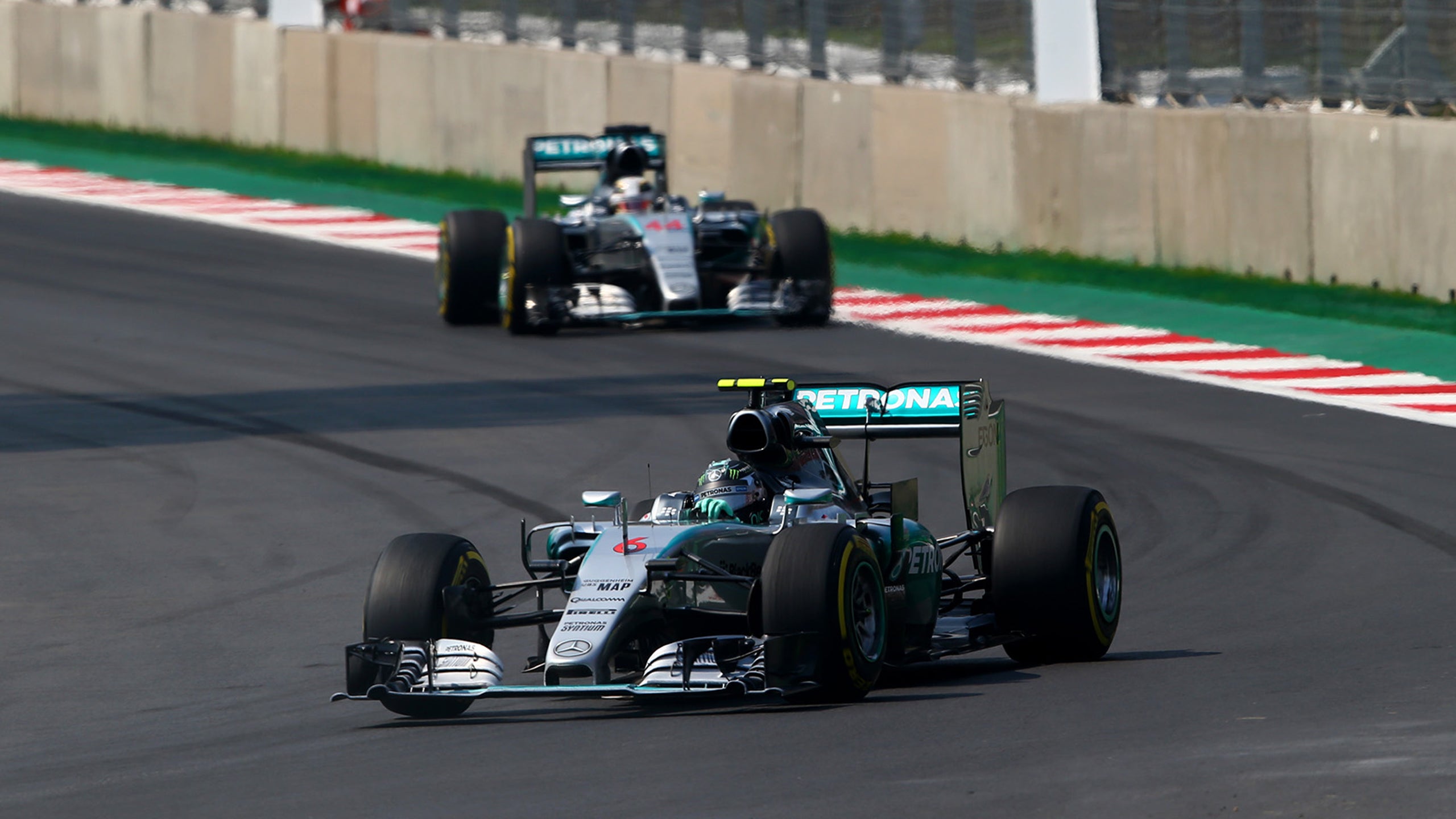 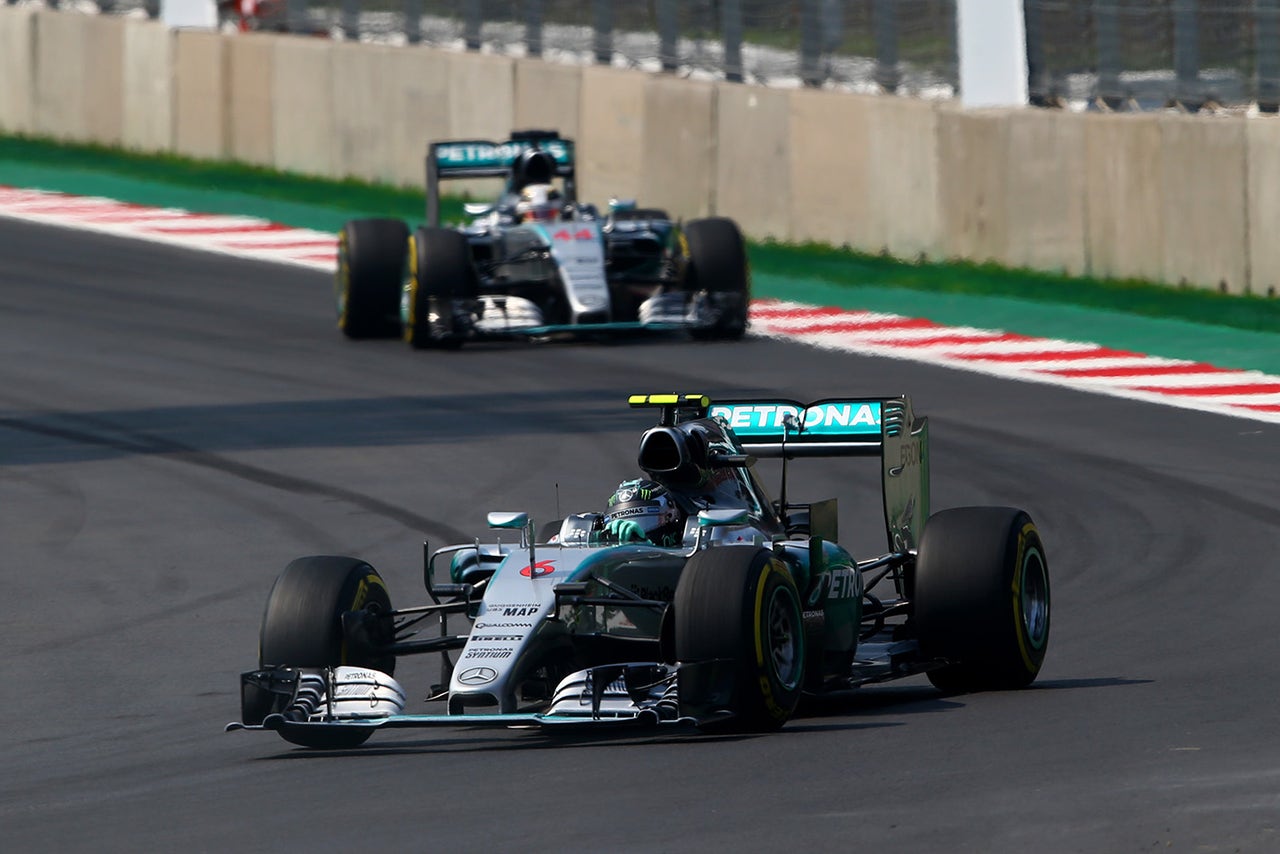 Nico Rosberg held a steady lead over his Mercedes teammate Lewis Hamilton all race long to win the Mexican Grand Prix at the Autodromo Hermanos Rodriguez on Sunday. It was the first F1 race to be held at the circuit since 1992.

Rosberg led the field away from pole position at the start while Ferrari’s Sebastian Vettel, who started third, had to pit at the end of the first lap after sustaining a puncture due to contact with Red Bull Racing’s Daniel Ricciardo. Vettel would later crash out of the race while running a lap down.

The Mercedes teammates had such a commanding lead at the mid-point of the race that the team pulled both cars in to change tires just to be safe. Hamilton argued against pitting but the team insisted that his tires would not be able to make it to the end. However, their move turned out to help them as the rest of the field pitted under the Safety Car, which was deployed several laps later for Vettel’s crash.

Things didn’t go much better for Vettel’s Ferrari teammate Kimi Raikkonen, who started from 19th on the grid following a series of grid penalties. The Finn was up to sixth place on Lap 22, due to the rest of the field pitting, when he was challenged by countryman Valtteri Bottas in the Williams. Much like in Russia, the two came together, but this time it was Raikkonen who lost out and was forced to retire from the race.

Bottas, meanwhile, had a much better race, finishing on the podium in third position after starting in sixth. Bottas’ cause was helped by Vettel’s Safety Car, which allowed him to close in on Ricciardo for third, who he then passed at Turn 1 on the restart.