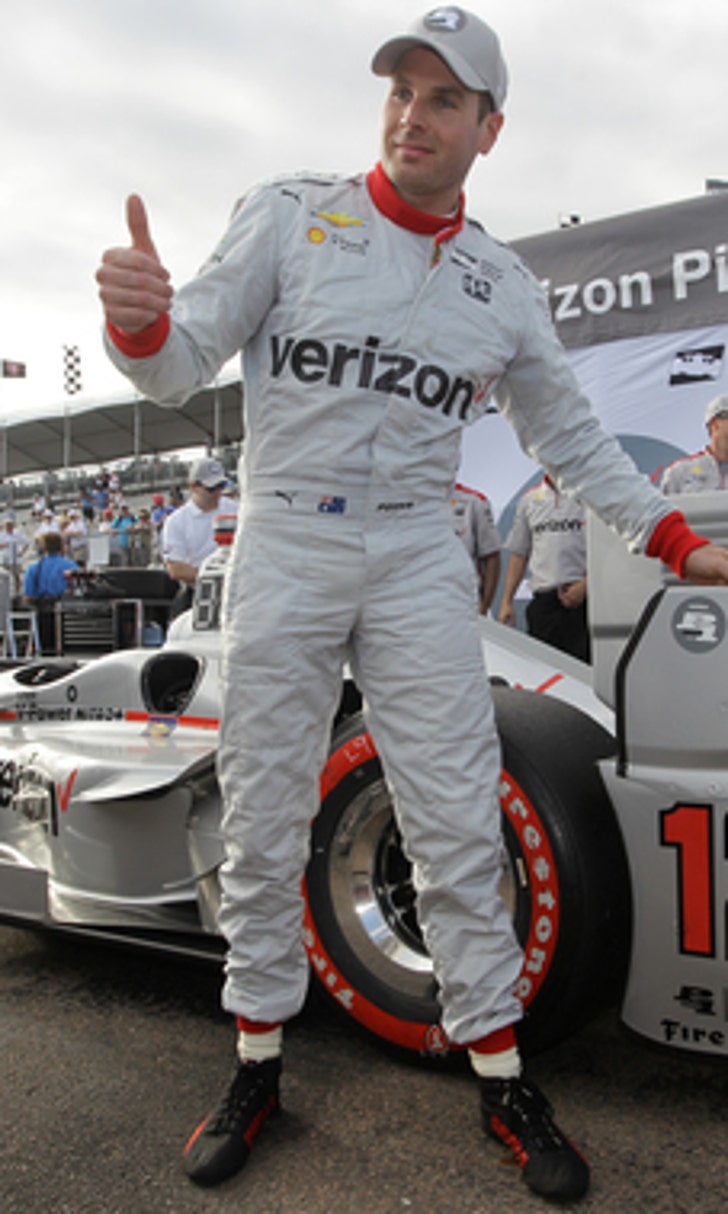 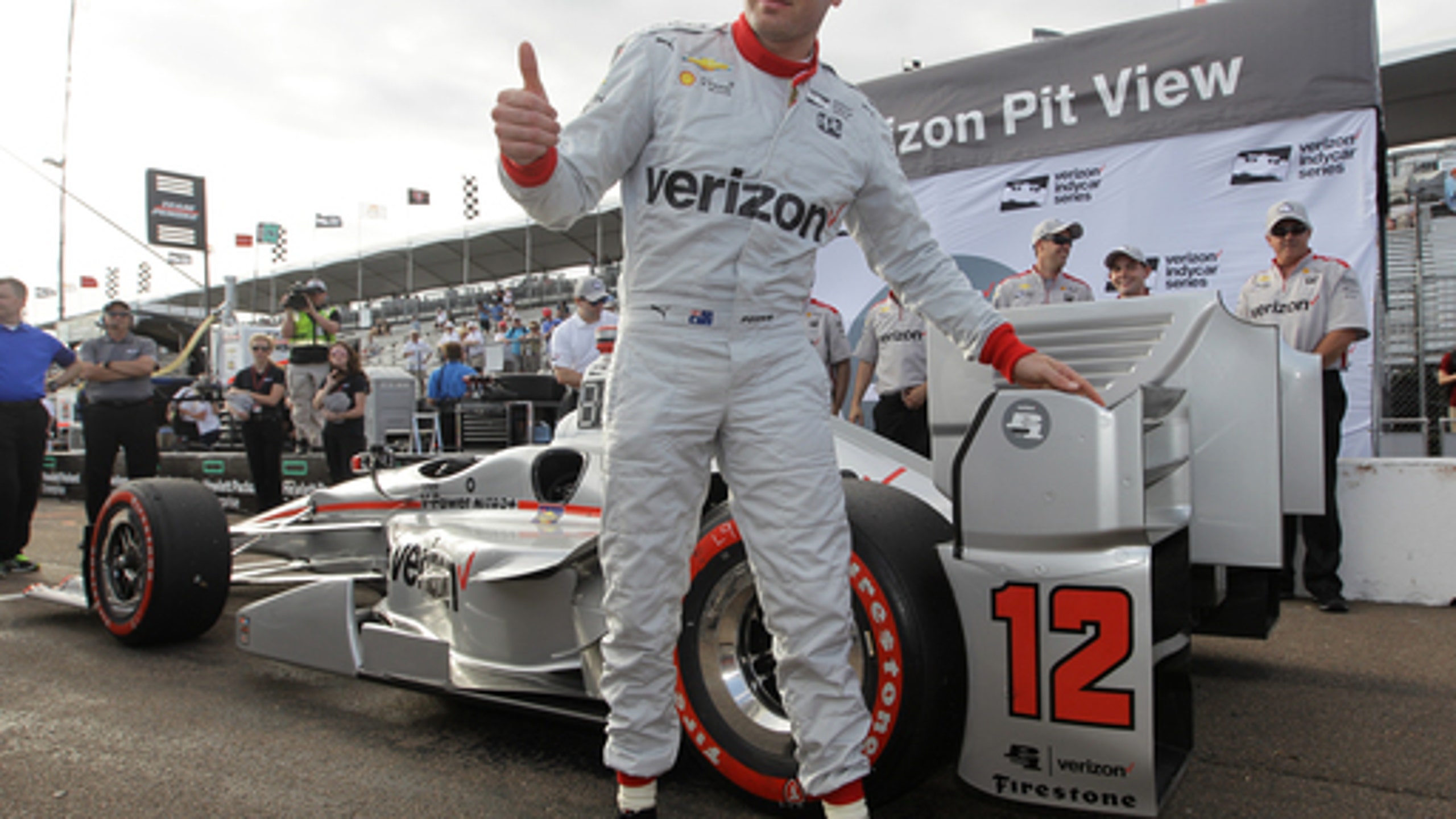 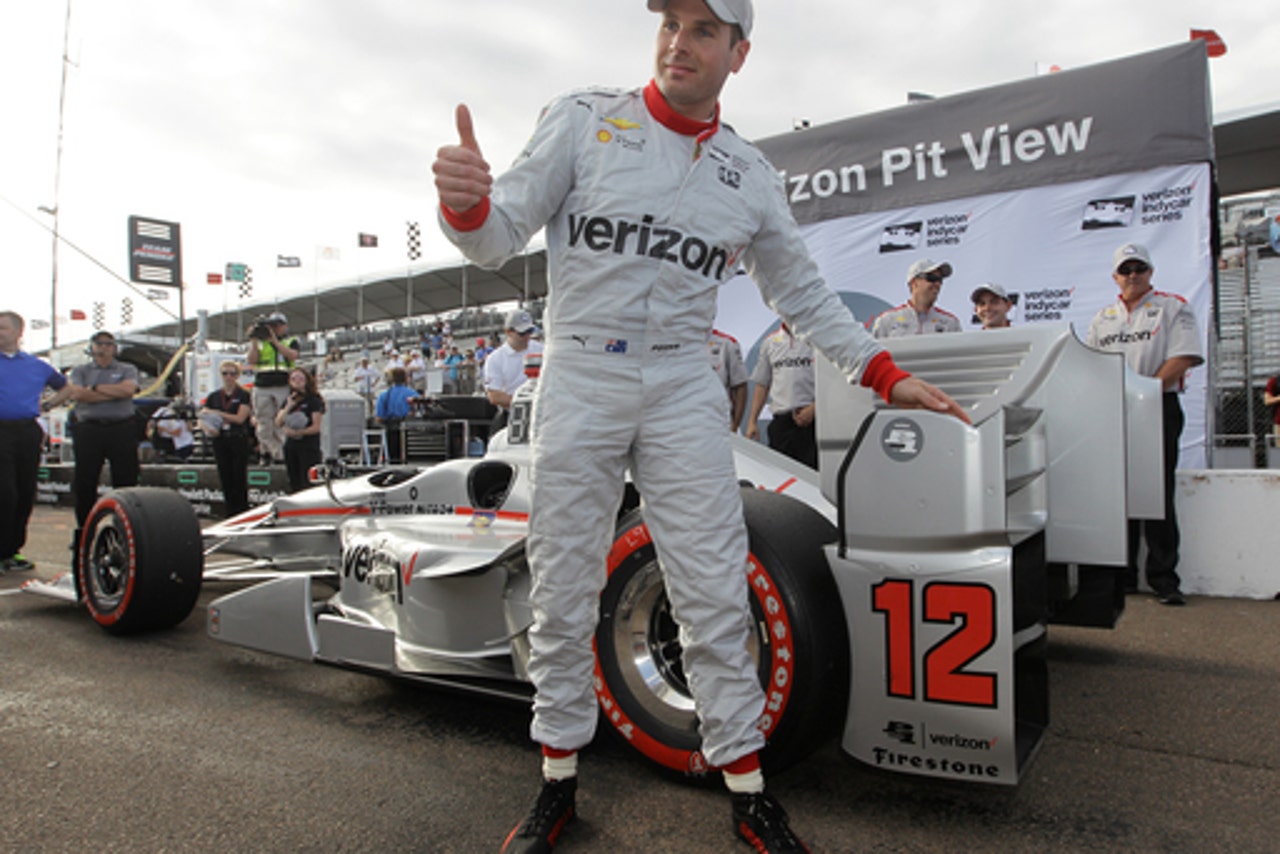 ST. PETERSBURG, Fla. (AP) When Team Penske pulled Will Power out of the season-opening race hours before its start, questions immediately swirled about the health of one of IndyCar's top drivers.

The revelation from IndyCar during the middle of Sunday's race that Power had been diagnosed with a mild concussion immediately begged the question: How did the series, which is lauded for its medical team, and Team Penske, one of the top organizations in motorsports, miss the signs?

The answer is a complicated series of events that allowed Power to get back in the race car despite being injured in a wreck two days earlier.

Here's what is known:

- Power arrived in St. Petersburg for the opening race with an inner ear infection he had been treating all week.

- He was involved in a crash during a Friday practice sessions. Because St. Pete is a street course, not an oval, IndyCar does not require a driver be checked in the care center following an accident.

- The safety crew that responded to Power's accident spoke with the Australian, who did not complain of any injuries and showed no signs of a problem. The light on Power's car that indicates a heavy impact was not triggered in the crash. He was taken back to his pit stand from the wrecked car.

- IndyCar examined data collected from Power's ear accelerometers, which provide data specific to the impact on a driver's head. The data did not show that Power was in need of further evaluation. Dr. Terry Trammell, IndyCar's safety consultant, said Monday that suspicion for a concussion occurs if the data is greater than or equal to 80 g's. Anything above 50 g's requires a follow-up. Power's ear accelerometer data was 31.8 g's.

- Power began complaining of nausea on Saturday, and team owner Roger Penske said the driver was sick to his stomach when he exited his car. Still, Power participated in three rounds of qualifying - breaking his track record all three times - and won the pole for Sunday's race.

The red flags began to fly shortly after his pole-winning run.

First, Power seemed scattered during his television interview. His answers were almost comical in how little he had to say - in hindsight, a strong indicator something might be amiss. Then he seemed to nearly double over and his wife had to help him to the pit wall, where he tried to pull himself together. Power then begged out of the post-qualifying news conference, apologetically stating he was nauseous.

During an IndyCar management meeting early Sunday, questions were raised about Power skipping the media session. When race director Brian Barnhart heard the driver was nauseous - a symptom of a concussion - he demanded Power be seen immediately by the medical staff.

Penske was already in motion and had Oriol Servia at the track as a possible replacement driver, but the team still wondered whether Power's issues could be related to the ear infection or a stomach bug that others in the paddock had all weekend.

Instead, IndyCar medical director Geoffery Billows diagnosed Power with a concussion and ruled him out of Sunday's race. Power is now in IndyCar's concussion protocol and cannot compete again until he's been medically cleared. It's at least Power's third concussion since 2009 - he also suffered one at Sonoma in 2009 and at Iowa in 2011 - but as his latest case clearly shows, concussions sometimes go undetected.

''It is not uncommon for an individual who has been concussed to appear to be normal immediately following the concussive event and then to manifest signs and symptoms hours to several days later,'' said Trammell.

In NASCAR, Dale Earnhardt Jr. at least twice in his career hid concussion symptoms to avoid being removed from his car. In 2012, he sought medical attention several days after a crash at Talladega because of symptoms he knew were concussion-related. During that examination, it was determined he'd suffered two concussions in six weeks and was sidelined for two weeks of healing.

NASCAR the next year required drivers to submit a baseline neurocognitive assessment. When a driver in NASCAR can't return his damaged car to the garage, a trip to the care center is required, and under a new three-step process, if a driver shows any indication of a head injury they go immediately to a hospital. Concussed drivers must be cleared by a neurologist or neurosurgeon before they can get back in a race car.

IndyCar has a similar concussion protocol, and required baseline testing long before NASCAR. There used to be a mandate that an IndyCar driver had to be sidelined a minimum of seven days after a concussion, but that wasn't the case in 2014 when James Hinchcliffe was cleared to get back in a car five days after he received a concussion when he was struck in the helmet by debris.

What needs to change, though, is the policy on not requiring a driver to be checked by the IndyCar staff after every accident in which the car is too damaged to drive.

Although Power appeared fine to the safety crew, and his performance in Saturday qualifying certainly didn't suffer, it's clear now he never should have been in a car. There are times when symptoms of a concussion are slow to be revealed, but IndyCar will never know if that's the case with Power because he had only been seen briefly at the crash scene on Friday by Billows.

''Dr. Billows carried out a mandatory screening evaluation at the scene of the crash and found Will Power to have no signs or symptoms of a concussion,'' Trammell said.

Safety pioneer Bill Simpson has been shouting from every corner that the mandated helmet in IndyCar is inferior and doesn't provide enough protection - and he might be right. Justin Wilson died last year when he was struck in the head by a piece of debris.

Either way, IndyCar needs to take a hard look at the Power debacle and immediately determine if changes to its protocol are required.