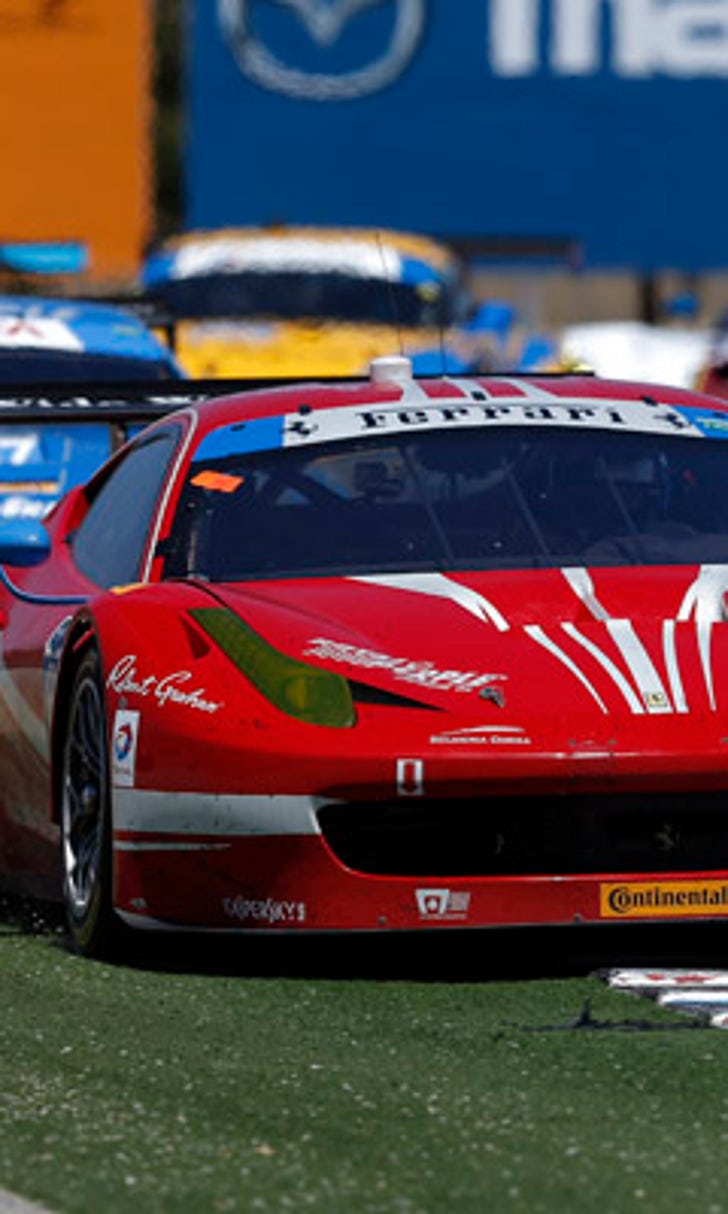 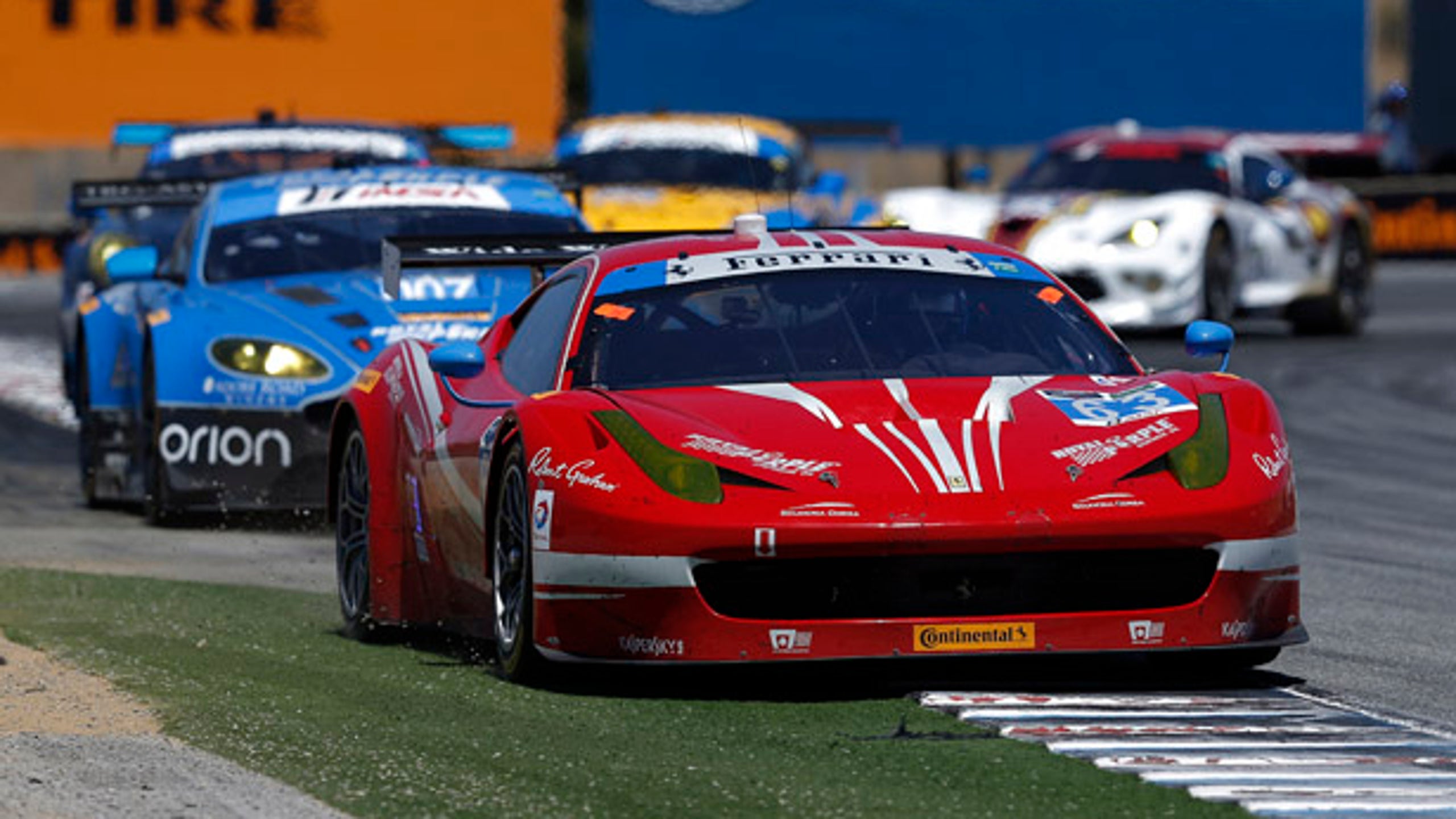 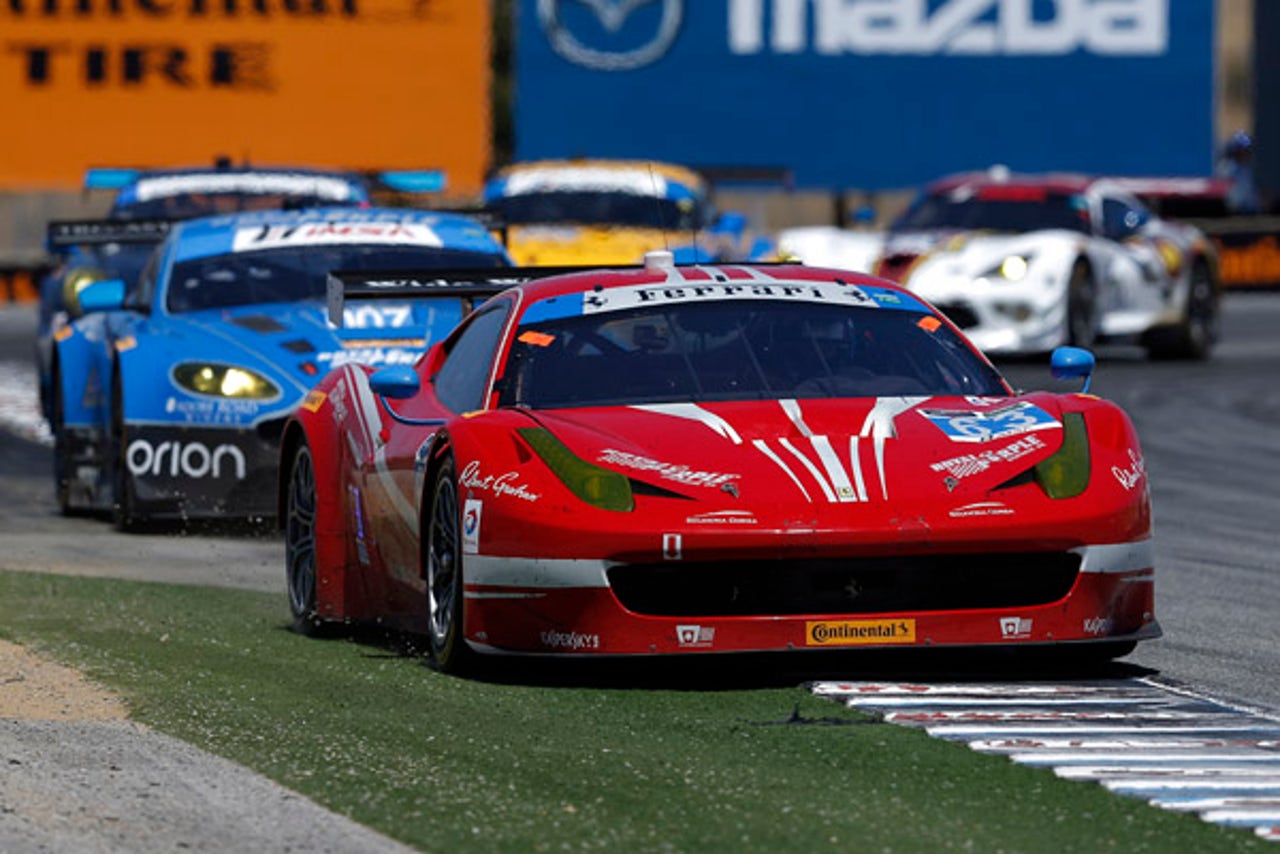 Sportscar365 looks at the confirmed and possible entries for the new-look GT Daytona class, which adopts full FIA GT3 regulations for next year.

Alex Job Racing - Having been the first to confirm its 2016 plans, Alex Job Racing will return with a two-car effort with the new Porsche 911 GT3 R. Cooper MacNeil and Leh Keen are confirmed in the WeatherTech-backed No. 22 entry, with Mario Farnbacher and Ian James in the No. 23 Team Seattle Porsche. (2 cars)

Paul Miller Racing - The longtime Porsche and Audi squad will switch to another Volkswagen Group manufacturer in Lamborghini for 2016, having announced plans to run a Huracán GT3.Drivers have yet to be announced but it will certainly not see Audi factory driver Christopher Hasse, nor most likely Dion von Moltke returning as drivers. (1 car)

Change Racing - The Robbie Benton-led Change Racing team will step up to top-level IMSA competition with a new Lamborghini Huracán GT3. A second entry is possible for the Lamborghini Blancpain Super Trofeo USA champions. Drivers have yet to be announced. (1-2 cars)

Turner Motorsport - Will Turner's squad will debut the new BMW M6 GT3 for an expected season-long campaign with Michael Marsal. A second car is likely for the Rolex 24 at Daytona, and potentially additional races. (1-2 cars)

Magnus Racing - The John Potter-owned team will return next year, the only question remains with which car? The Porsche stalwarts have been linked with no fewer than three other GT3 manufacturers over the course of the past month. (1 car)

Park Place Motorsports - While yet to be made official, look for the Patrick Lindsey-led outfit to return to the GTD ranks, most likely with the new Porsche 911 GT3 R, although the team had been previously evaluating other car options. (1 car)

TRG - Kevin Buckler's outfit is planning a return to GTD next year, although rumors persist it may not be with Aston Martin, due to the British manufacturer not currently being an official IMSA Automotive Partner. (1-2 cars?)

Lexus - Look for the new factory backed Lexus RC F GT3 program to be formally launched at SEMA next month, with Paul Gentilozzi's RSR Racing outfit appearing to be the leading candidate to land the multi-year deal. Testing and development is likely on tap for the first half of the year, prior to a mid-season debut. (2 cars)

Scuderia Corsa - The Giacomo Mattioli-owned squad could make the move up to the GT Le Mans class next year, although at least a partial-season program in GTD is a near certainty. Delays in the new GT3-spec version of the Ferrari 488 will likely see the team start the season with its tried-and-trusted 458. (1-2 cars)

Riley Motorsports - A decision on Ben Keating's 2016 program is still pending, with the Texanevaluating a move to the FIA WEC with one of his Dodge Viper GTS-Rs. Either way, look for the ViperExchange entries to be on the grid at Daytona, with a full-season campaign for Keating and Jeroen Bleekemolen on the cards. (1-2 cars)

Lone Star Racing - After its series debut at COTA this year, the Dan Knox-owned team is planning a partial season effort with its Dodge Viper GT3-R for 2016. (1 car - partial season)

AIM Autosport - Up to two Nissan GT-R NISMO GT3s could be on the grid for non-conflicting GTD rounds for the Ian Willis-led squad, which has already confirmed a return to World Challenge with up to three of the cars under the Always Evolving banner. (1-2 cars - partial season)

GB Autosport - The Michael Avenatti-owned team is currently evaluating GT3 options for next year, which could result in a full or partial-season program, alongside a potential FIA WEC effort in GTE-Am. (1 car?)

Flying Lizard Motorsports - The perennial GT fan favorites could return next year, with multiple customer-based options on the table, including Audi, Porsche and the McLaren 650S GT3, which could make its IMSA debut if an agreement with IMSA can be put into place. (1-2 cars?)

DragonSpeed - The Elton Julian-led squad could take part in selected races next year and will be at the November Daytona test with its Mercedes-Benz SLS AMG GT3. However, the gull-winged beast may not be allowed to race due to Mercedes not yet being an IMSA Automotive Partner. (1 car?)

Wright Motorsports - John Wright's team withdrew from the top level of IMSA after Watkins Glen, when Madison Snow shifted his focus to the Lamborghini Blancpain Super Trofeo North America series and Park Place Motorsports. Although Wright continued in the Porsche GT3 Cup Challenge USA, the team would need a replacement for the Porsche 911 GT America. (1 car?)

Stevenson Motorsports  - The former Rolex Series-winning, Mike Johnson-led squad has stated their hope of returning to the top level of IMSA, and if asked by longtime manufacturer partner GM, would be a logical candidate to run the Cadillac ATS-V.R in GTD. The only question if that happened would be whether it would be a full-season move back, or a potential partial-season program with Continental Tire SportsCar Challenge still the focus. (1 car?)

Muehlner Motorsports America - There's been no word on this team's prospects since a test of its Porsche 911 GT America at Lime Rock back in May. Bernhard Muehlner's squad's only U.S. start this year came at the Rolex 24 at Daytona, and like Wright, they'd need a new car. (1 car?)