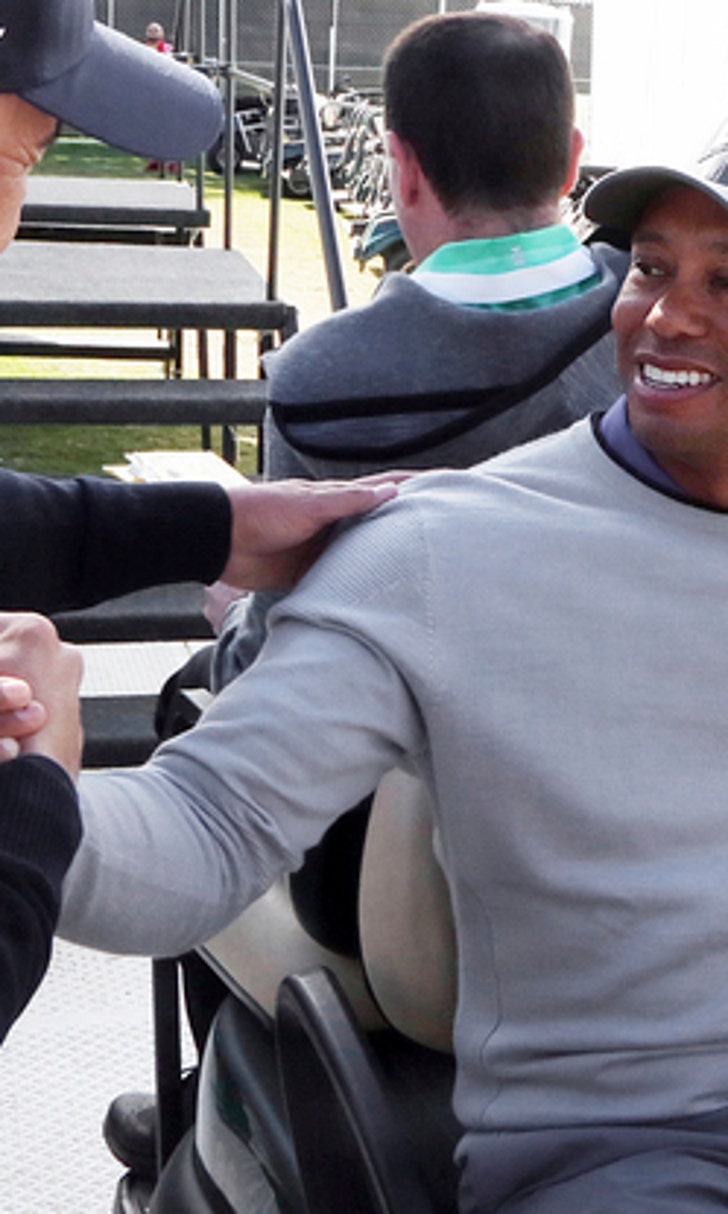 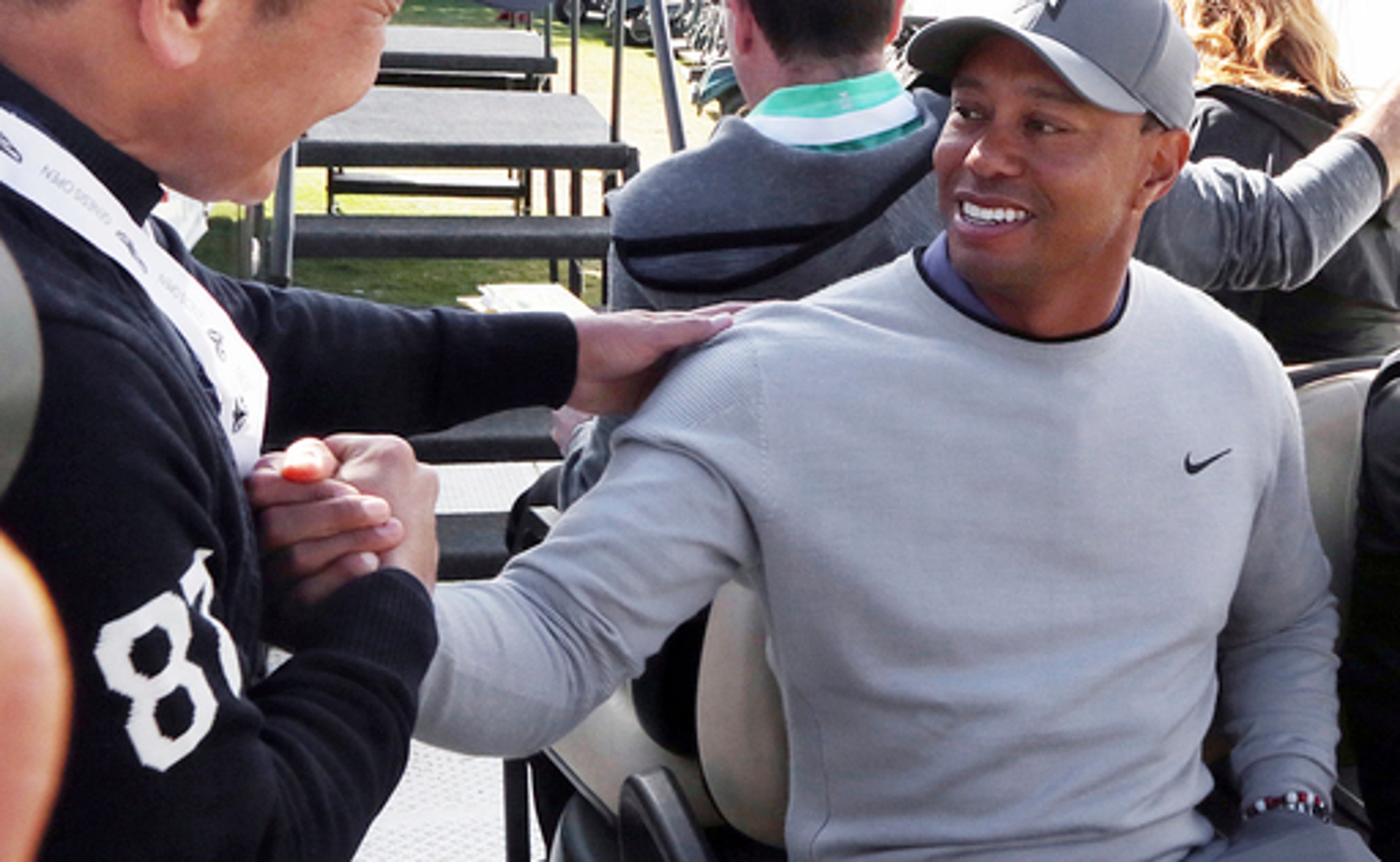 Woods back at Riviera, a course that never treated him well

LOS ANGELES (AP) Even when Tiger Woods hardly ever lost, he never could win at Riviera.

Woods resumes his comeback from a fourth back surgery at the Genesis Open, marking his return to the course where he made his PGA Tour debut as a 16-year-old amateur, and the course where he walked away in the middle of the tournament and never returned.

He has played Riviera eight times as a pro, the most of any PGA Tour course where he hasn't won.

Woods is playing this year against the strongest and deepest field of the year, primarily because his foundation runs the tournament. He has not been back to Riviera since 2006, when he was caught in the rain without an umbrella, shot 74 and made the cut on the number.

The next morning, Woods withdrew with the flu and never returned.

He's not the same player he was then. His father died a few months after that 2006 tournament, and after Woods missed the cut for the first time in a major at the U.S. Open, he went on to win his final six PGA Tour events of the year, including the last two majors.

There was one stretch at the end of 1999 and early in 2000 when Woods won or was runner-up in 10 out of 11 starts on the PGA Tour. The exception? He finished seven shots behind in a tie for 18th at Riviera.

The dynamics are different now.

Woods is 42 and has played just 17 times on the PGA Tour over the last four years dating to his first back surgery a week before the 2014 Masters. He hasn't won in nearly five years. He is No. 550 in the world.

While the goal is to win - that hasn't changed - the expectations have tempered through time and reality that he is learning a new swing after fusion surgery on his lower back. His speed and power are back. His putting and chipping are better. He tied for 23rd at Torrey Pines three weeks ago.

''I'd eventually like to win tournaments,'' Woods said. ''I'm trying to get to that point.''

He flew out from Florida with Justin Thomas, the PGA Tour player of the year, and said he told him that he is still making subtle changes in his posture and in his swing because he is learning what he can do with a stronger, healthier back.

''The more tournaments I play in, the more I'll be able to get a better understanding of that,'' Woods said. ''But also, I don't want to play too much. This is still all new to me, and I just want to be real smart about it.''

Woods has until Friday to commit to the Honda Classic not far from his Florida home. He has said he wants to play back-to-back weeks, though that sounds as though it might have to happen later. Asked what was sore after a week at Torrey Pines, he said it was his feet from five days of walking 18 holes.

Woods is an eight-time winner at Torrey Pines. He is 0 for 10 at Riviera, which includes appearances as an amateur in 1992 and 1993.

The opposite of that would be Dustin Johnson, the defending champion, who considers Riviera the best course he plays all year. That's why it was so meaningful for Johnson to finally win last year, and win big. Even playing conservatively over the back nine because the tournament effectively was over, Johnson still won by five. The only thing he lost was a shot at the oldest tournament scoring record on the PGA Tour - 264 by Lanny Wadkins in 1985. Johnson finished at 267.

Johnson can struggle with numbers on occasion. He doesn't quite understand how the world ranking works, only that his name has been on top every week for the last year. Asked to rate how close his game was to this point a year ago, when he won three straight tournaments against the strongest fields, Johnson suggest 0.5.

Woods, meanwhile, will play the opening two rounds with Thomas and Rory McIlroy, who grew up idolizing Woods' golf. They will be right in front of Phil Mickelson, Matt Kuchar and Tommy Fleetwood of England. On the other side of the draw, Jordan Spieth is playing with Patrick Cantlay and Kevin Chappell. They will be right in front of Johnson, Adam Scott and Bubba Watson, all of whom have trophies from Riviera.

That's what Woods would like eventually. Riviera just hasn't been much of a comfort zone for him in any circumstances.