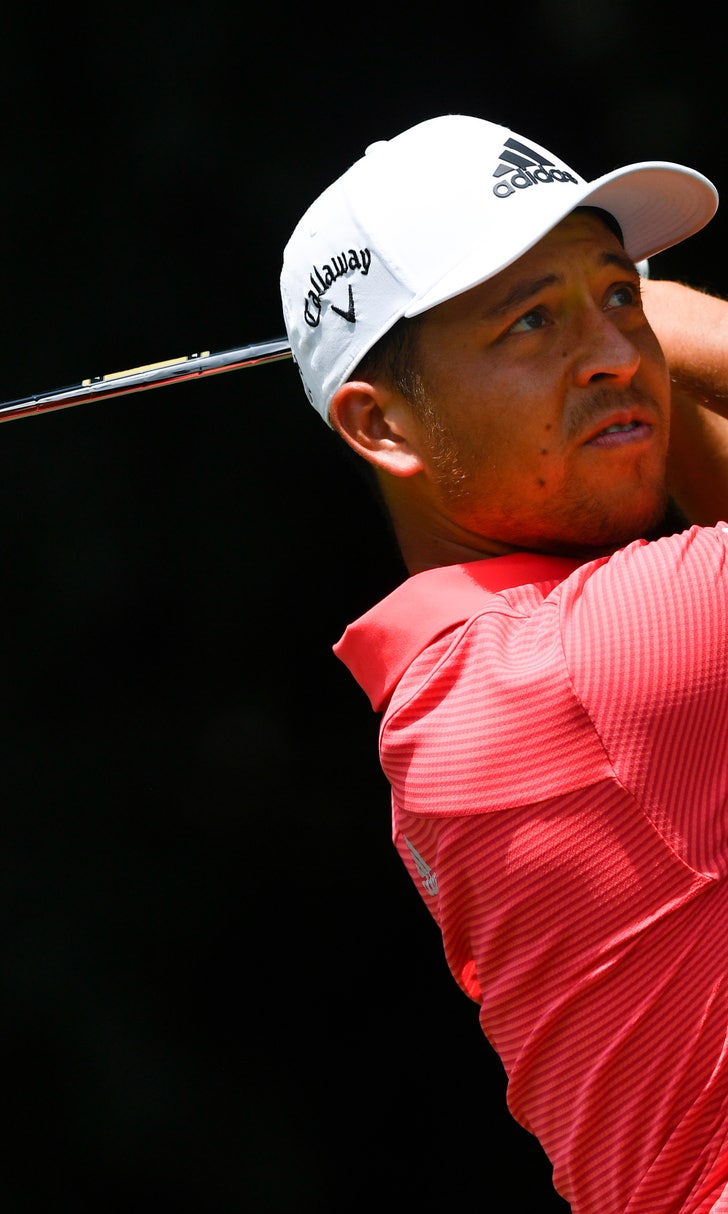 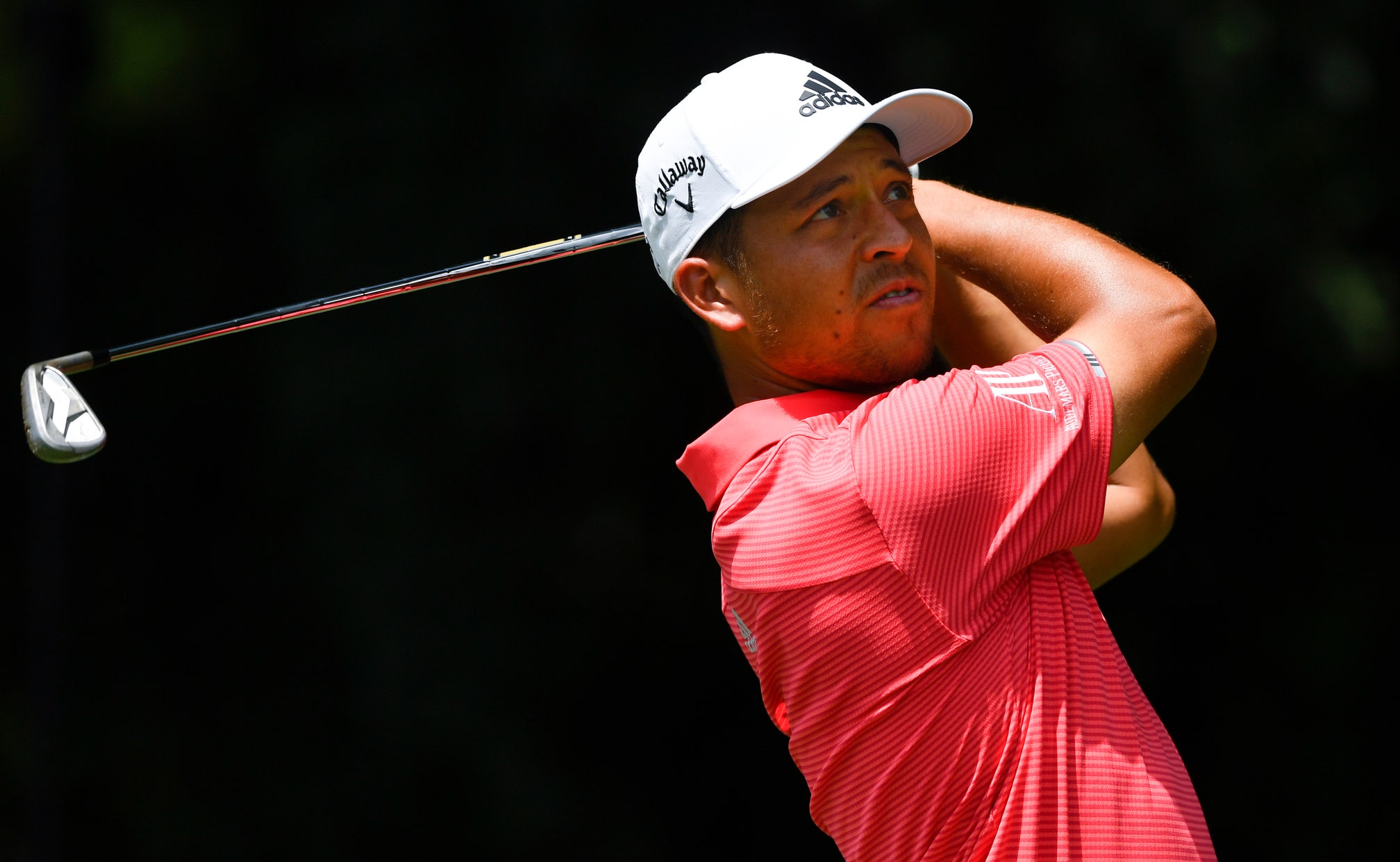 ATLANTA (AP) — Xander Schauffele was six shots behind before he ever hit a shot Thursday in the new scoring format for the Tour Championship. His goal was to keep his head down, play good golf and see where he stood to par at the end of two days.

The TV cameras following his every move on the back nine at East Lake were the first hint it was going well.

A leaderboard on the 18th green confirmed it.

Schauffele didn't come seriously close to a bogey in a 6-under 64 that was the best score of the opening round by two shots. It was only worth a share of the lead with Justin Thomas and Brooks Koepka in a Tour Championship where players started with better scores to par than others depending on their place in the FedEx Cup.

Thomas, who started at 10-under par and a two-shot lead as the No. 1 seed, still led despite having trouble finding the fairway. That was the least of his problems on the back nine. He hit pitching wedge into the water for double bogey and missed a pair of 3-foot putts for a 70.

Instead of being six shots behind Schauffele, who started at 4 under as the No. 8 seed, Thomas was tied for the lead. Koepka, the No. 3 seed who started three shots behind, birdied three of his last four holes for a 67 to join them at 10 under.

"It's weird on Thursday to be three back after a couple of holes," Koepka said of the start. "It's nice to close that gap on Day 1."

Rory McIlroy, five shots behind at the start as the No. 5 seed, had a 66 and was one shot behind at 9 under going into the second round.

Over the next three days, it should look and feel like a normal tournament.

The score to par is all that matters in deciding who wins the FedEx Cup and the $15 million prize. And after one day, it was setting up to be a shootout. The top five players were separated by five shots at the start, and that number was at 12 players by the end of the day.

That included Paul Casey, who felt a new kind of anticipation for a Thursday.

"After five holes, I wanted to see scores. I never usually care about what's going on after five holes," said Paul Casey, who shot 66. He started eight shots behind as the No. 16 seed and cut that margin in half after one round.

The concern was that Thomas, who won last week at Medinah, might post another low score and build a huge lead.

It didn't work out that way.

"We've got a golf event now," Casey said. "This is kind of cool. Looks like it's working."

There were a few other moments that indicated this Thursday was different from all others in golf.

Thomas made the turn at 1 under, and as the walking scorer brought the sign across the road and onto the 10th tee, one fans was shocked to see him at 11 under until he said, "That's right — he started at 10 under."

Schauffele was at 10 under when he approached the 18th green to face a 6-foot birdie putt.

Patrick Cantlay, the No. 2 seed who began two shots behind, shared the lead briefly until two bogeys over the last five holes for a 70. It wasn't a good day, yet he still was only two shots behind.

Thomas missed a 3-foot par putt on No. 12. On the par-3 15th, which played 60 yards shorter than usual, his wedge was right all the way and found the water. And on the 17th, he hit wedge to 3 feet only to see his birdie putt spin 270 degrees around and out of the cup.

He salvaged the day with a good drive — only his sixth fairway of the round — that set up a two-putt birdie.

Schauffele won the Tour Championship two years ago in a situation that led to this change in format. FedEx Cup points accrued during the regular season and quadrupled in the postseason were reset to give everyone a chance. The top five players only had to win the tournament to capture the FedEx Cup, and odds of winning the bonus were higher as the position in the standings got lower.

Schauffele, a rookie in 2017, was the No. 26 seed when he won the tournament. The FedEx Cup went to Thomas, who was the No. 2 seed and finished one shot behind.

There were two winners that day and mixed emotions. Thomas had never been so irritated winning $10 million.

Now, the reward for a good season and two playoff events is a lower score under par to start the Tour Championship, and the lowest score to par at the end of the week wins $15 million.

"I think everyone needed help from J.T.," said Schauffele, a phrase usually only heard going into the final round, not on a Thursday. "If J.T. went out and shot a pair of 65s, I don't think the tour would be very happy and I don't think the rest of the field would be happy.

"But it looks to be a good tournament so far."