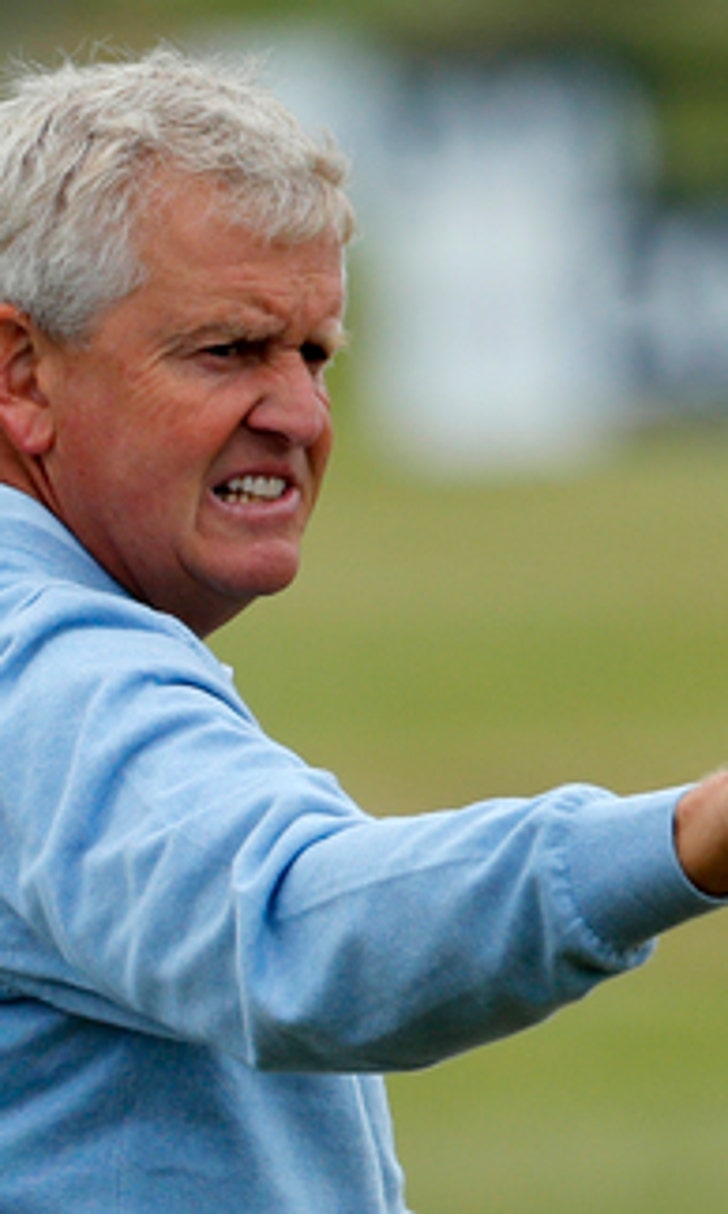 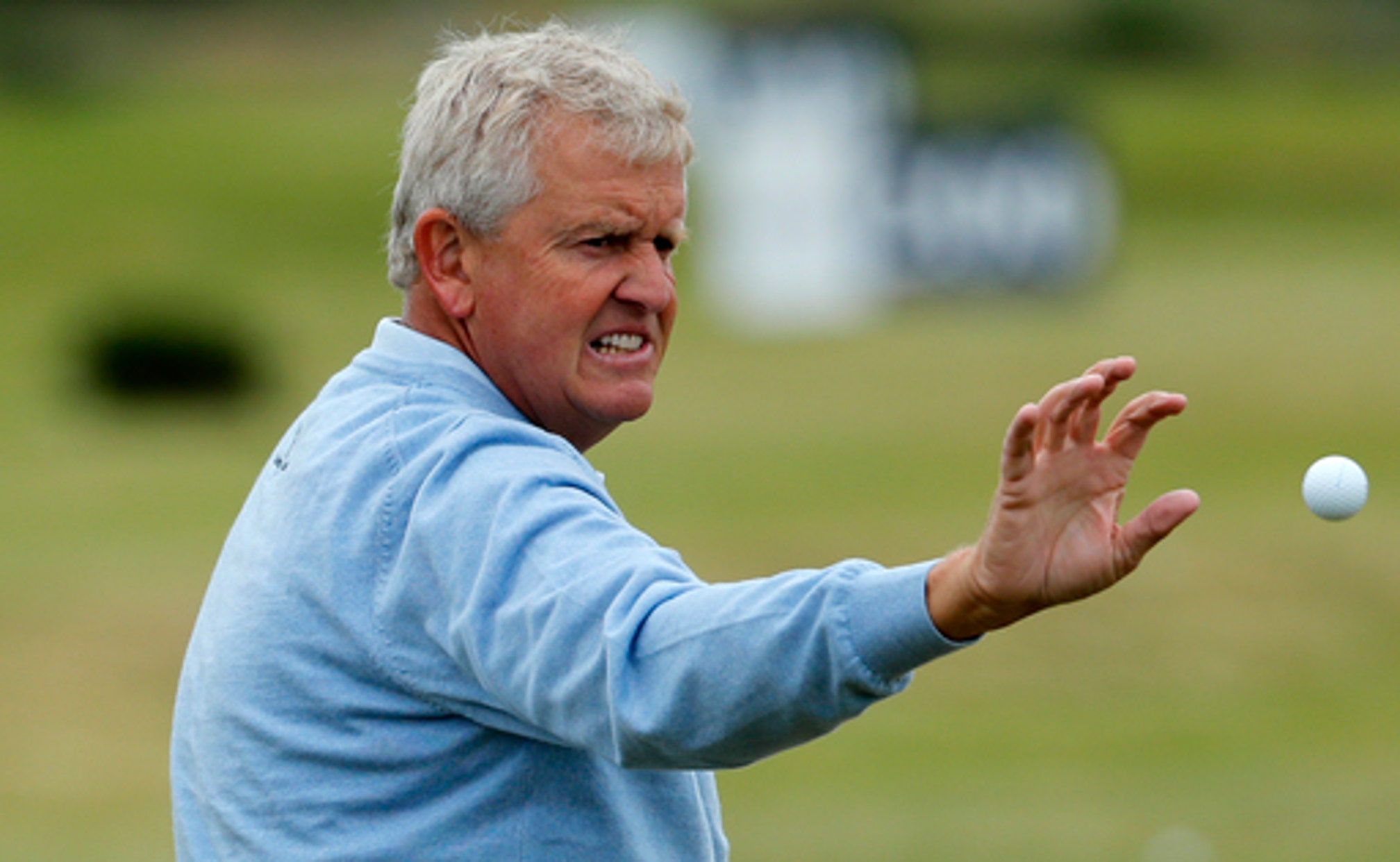 The Latest: Monty feared worst after 1st hole at Troon 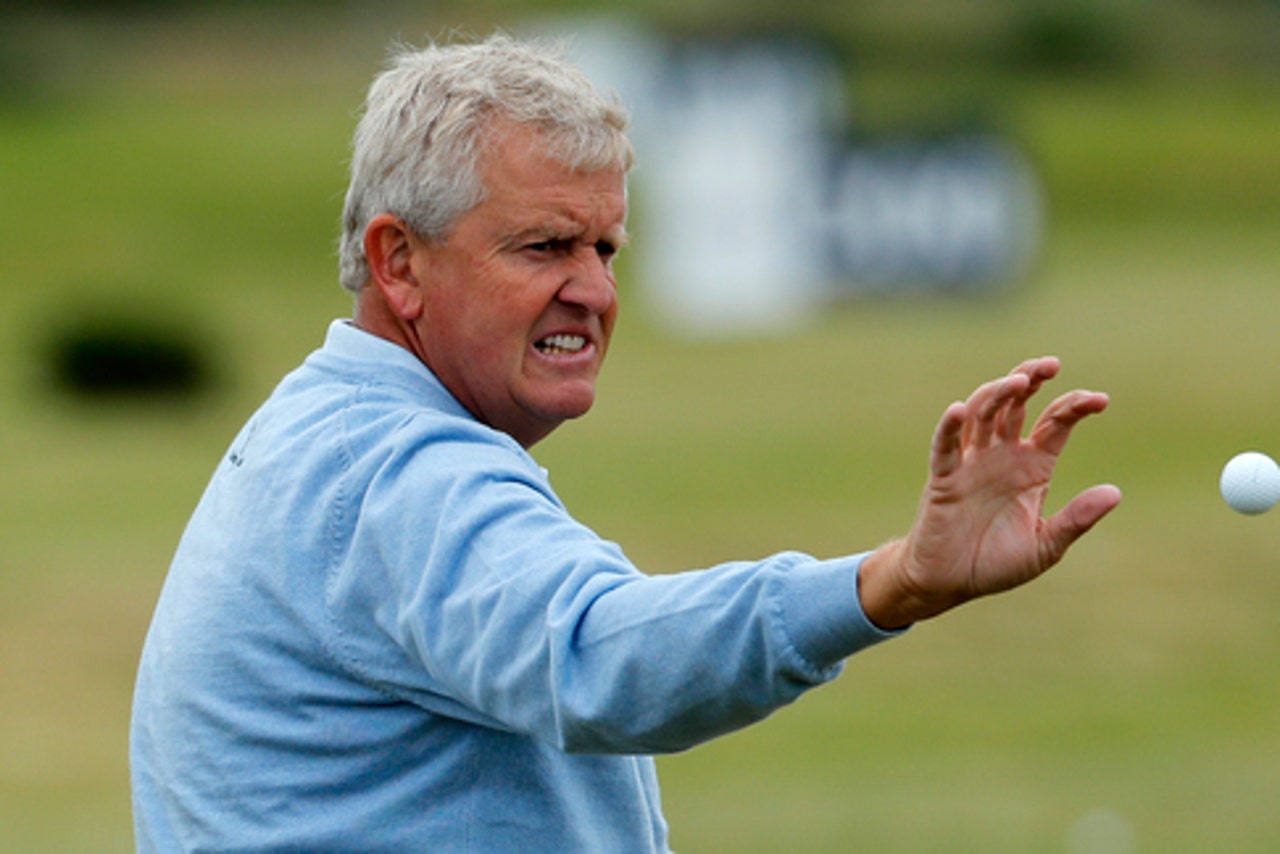 TROON, Scotland (AP) The Latest on the British Open (all times local):

With his ball buried and up against the face of a pot bunker, Colin Montgomerie feared the worst after just two shots of his first round at the British Open.

Montgomerie was given the honor of hitting the first tee shot at Royal Troon, his home club, in what likely will be his last Open. It was a proud moment for the 53-year-old Scotsman but things quickly turned sour.

His second shot landed in him in such trouble that it took two shots to get out of the bunker. An up-and-down later, Monty was walking off with a double-bogey 6 from one of the easiest holes at Troon.

No wonder Montgomerie was happy to finish with an even-par 71. He says ''I'm very proud of myself for hanging on in there. It would have been easy to score 78 there, simple.''

Montgomerie was 3 under for the front nine and 3 over for the back nine.

Colin Montgomerie has started what could be his final British Open with an even-par 71 at Royal Troon.

The 53-year-old Scotsman was given the honor of hitting the opening tee shot at his home club Thursday, and he was greeted with a packed grandstand on a sunny morning.

Montgomerie took a double-bogey at the first hole, but birdied five of the next eight to make the turn with a 3-under 33. He couldn't keep it going, settling for three bogeys on the tougher inward nine to fall off the leaderboard.

Bubba Watson, Justin Thomas and Patrick Reed are tied for the lead at 4 under.

It's a morning for going low at Royal Troon. Justin Thomas and Patrick Reed are leading the way.

The Americans took advantage of the sunny weather Thursday to shoot 5-under 31 on the front nine at the British Open.

That puts them a couple of strokes ahead of Kevin Chappell and Jimmy Walker.

Given the conditions, it's not surprising there are so many red numbers on the board. But the scores figure to rise during the day as the wind picks up. Also, the front nine at Troon is much easier that than the return leg, so it's imperative to put up a low score early in the round.

Colin Montgomerie found that out. Given the honor of hitting the first stroke of the tournament at his home club, he made the turn with a 3-under 33 even after opening with a double-bogey. Alas, Monty couldn't keep it going. He's back to even par with two holes to play after three bogeys.

Colin Montgomerie has recovered brilliantly from his double bogey to start the British Open.

The 53-year-old Scot, playing in perhaps his last Open, caught a buried lie in pot bunker and began with a double bogey. But the scowl soon turned into a smile when Montgomerie ran off five birdies in seven holes to make the turn at 3-under par.

Justin Thomas made his British Open debut with birdies on his opening three holes and also was at 3 under.

Luke Donald, playing alongside Montgomerie in the first group, was at 2 under.

The Irish Sea was blue from abundant sunshine. The British Open leaderboard already was filled with red scores.

With virtually no wind to start the 145th Open, the gentle outward nine at Royal Troon was living up to its reputation as the time to get birdies. There already were eight birdies in the first 21 holes completed, with Sanghee Lee of South Korea making birdie on the opening two holes.

Colin Montgomerie started with a buried lie in a pot bunker on No. 1 and made double bogey. He might want to heed his own advice. Speaking of how easy the front nine is at Royal Troon, the Scot once famously said if a player is not under par at the turn, he might as well keep walking to Prestwick and have lunch in the clubhouse.

Prestwick, site of the first 12 British Opens, is adjacent to Royal Troon.

The British Open began Thursday with Colin Montgomerie hitting the opening tee shot on the Royal Troon links where his father once was club secretary.

Montgomerie, widely considered the best player to have never won a major, qualified at age 53 for what likely will be his last Open. The R&A chose him to be the first player to hit a shot on a gorgeous morning along the Irish Sea.

There wasn't an empty seat in the grandstand next to the first tee, where the silver claret jug was on a podium. Five dogs were on the beach.

There was no wind, allowing the early starters to take aim at one of the shorter courses on the Open rotation. Montgomerie teed off with Marc Leishman and Luke Donald.