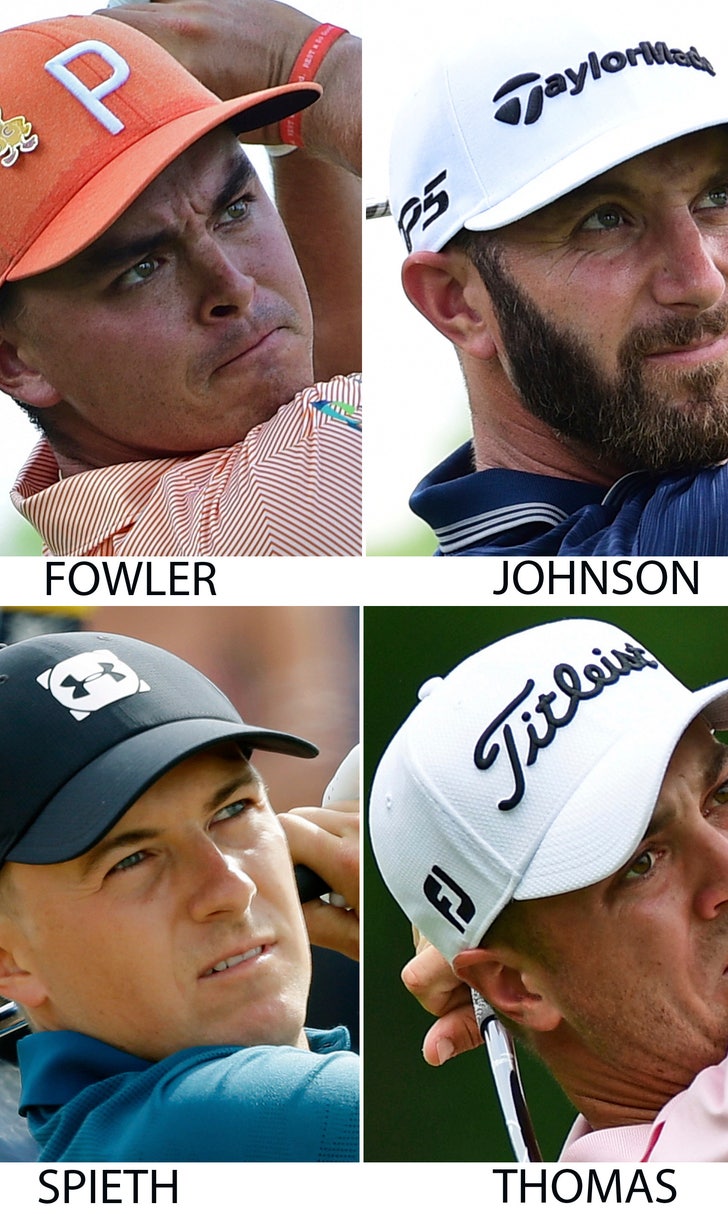 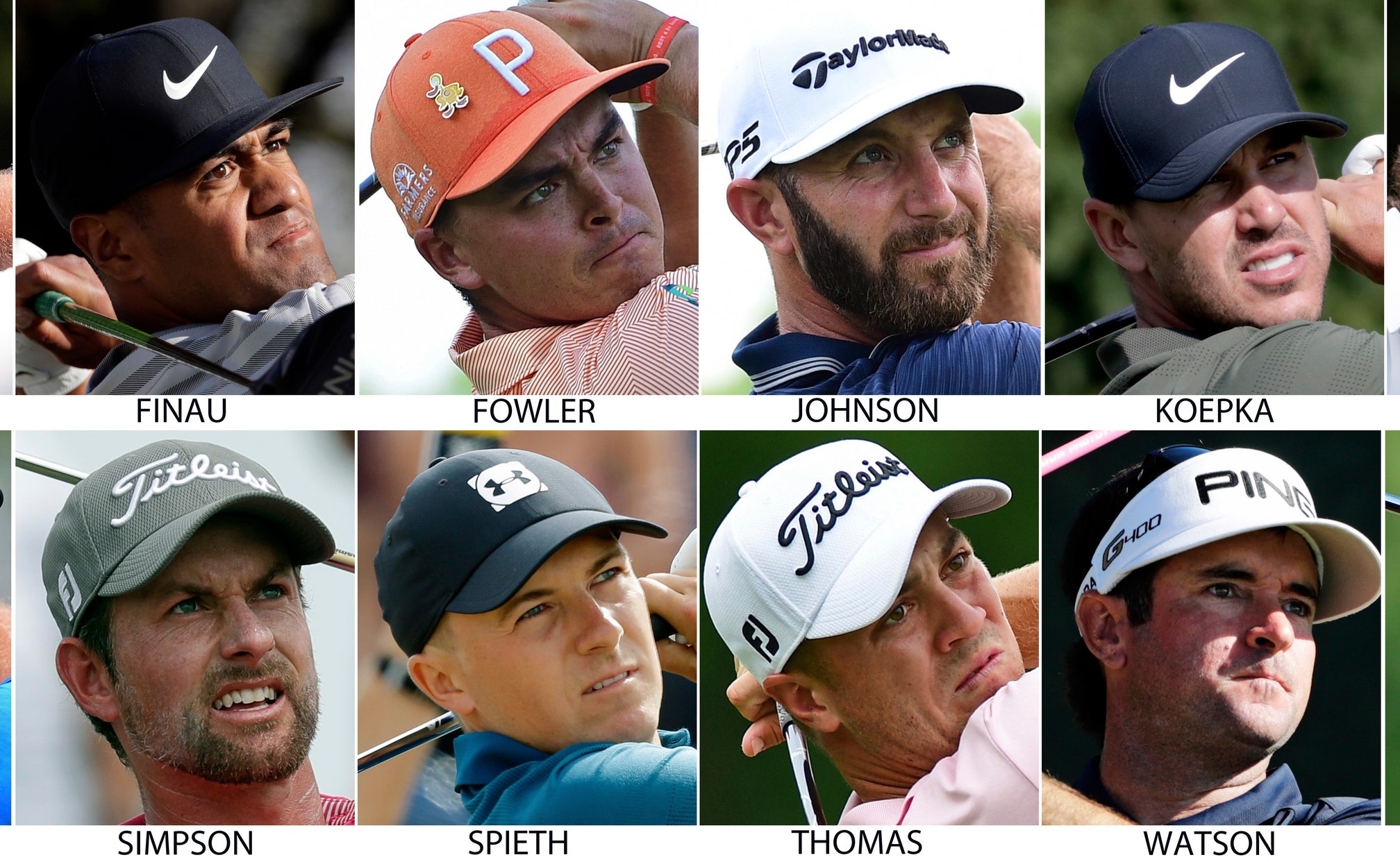 A capsule look at the United States team for the 42nd Ryder Cup matches on Sept. 28-30 at Le Golf National in France. Players are listed in the order they made the team.

Ryder Cup moment: Came within inches of holing out with a wedge on the first hole he played in a Ryder Cup.

Outlook: Three-time major champion, including back-to-back U.S. Opens and a record performance at the PGA Championship, is enough to get anyone's attention. He also went 3-1 in his Ryder Cup debut and tends to play his best golf in the biggest events. He's familiar with Le Golf National from his time on the European Tour.

Ryder Cup moment: After losing all three team matches in debut at Celtic Manor, had the shortest singles match in beating Martin Kaymer, who a month earlier won the PGA Championship at Whistling Straits in a playoff that Johnson famously missed because of grounding his club in a bunker on the last hole.

Outlook: One of the most dominant figures in golf but has a cold putter that's kept a very good year from being a great one. His power might be negated at Le Golf National. Key will be finding the right putting stroke. Formed an intimidating partnership with Brooks Koepka at the Presidents Cup.

Ryder Cup moment: High-fiving Phil Mickelson at Valhalla in 2008 during U.S. victory that Thomas attended as a 15-year-old when his father was on the PGA of America board.

Outlook: Made his team debut at the Presidents Cup, and much like Jordan Spieth, now has to learn by experience that Ryder Cup intensity on the road is another matter. He was the only American on the team who played the French Open this summer at Le Golf National.

Outlook: In two Ryder Cups has been dubbed "Captain America" because of his performance at Gleneagles and Hazeltine. Might not be the best American, but will have as big of a target on his back as anyone. He shushed the crowd in Scotland as a rookie and showed early that he doesn't back down from anything.

Ryder Cup moment: Setting a trend at Medinah by asking the crowd for more noise as he was teeing off in 2012.

Outlook: Has only one top 10 over the last three months and doesn't have a great Ryder Cup history in the three times he played, including a 0-3 mark at Gleneagles in the last one he played. Worse yet, had a rough time at the French Open in 2011 when he complained about the crowds and didn't know the names of historic places, such as the museum that starts with an "L'' (Louvre). Crowd is sure to remind him.

Outlook: Spieth was the only American player who didn't qualify for the Tour Championship and endured his worst year in five seasons as a pro. He hasn't won since the British Open last year and struggled with his putting most of the year. It might help to have some of the attention on other players.

Ryder Cup moment: Coming back from 4 down with four holes to play to earn a halve with Edoardo Molinari at Celtic Manor in 2010.

Outlook: Fowler hasn't won this year and his Ryder Cup record is hard to figure out. He didn't earn his first victory until paired with Phil Mickelson at Hazeltine, and then he beat Justin Rose in singles at the end of the week. He's a great team player, though, and paired well with Justin Thomas in the Presidents Cup.

Ryder Cup moment: Hitting a shank in Sunday singles against Ian Poulter at Medinah and still taking him 18 holes in a loss.

Outlook: Simpson was the final captain's pick in 2014 when he lobbied Tom Watson, and then played only twice. He lost badly in his one team match and halved with Ian Poulter. Simpson is playing like he has something to prove, won The Players Championship in a landslide and has been on good form in recent months.

Ryder Cup moment: Going to the Ryder Cup at Hazeltine as a spectator to see what it was like.

Outlook: Has a reputation as the "Mad Scientist," but he has figured something out by winning three times this year, all against some of the strongest fields. Tiger Woods has taken him under his wing and is likely to play with DeChambeau. He at least has Walker Cup experience, going 2-0-1 in 2015 at Royal Lytham & St. Annes.

Ryder Cup moment: In a match featuring 19 birdies, with both players posting 63 in medal play, earning a halve with Sergio Garcia at Hazeltine.

Outlook: Sets a Ryder Cup record by playing for the 12th time, and this might be the greatest testament to his career. This was the first time, at 48, that he required a captain's pick. Won a World Golf Championship this year to end nearly five years without a victory. Usually delivers at team events, and value can't be overstated in the team room.

Ryder Cup moment: The look on his face when Mickelson hit a tee shot next to a fence in the second losing match of their partnership in 2004 at Oakland Hills.

Outlook: Woods was appointed a vice captain in February when he was coming off back surgery and finished 11th in the standings, making him an easy choice as a pick. He has rarely shined in the Ryder Cup, but his presence is big. He was a vice captain in the last two U.S. team events and will be looked upon as one of the leaders on the team.

Ryder Cup moment: Being invited on a scouting trip to Le Golf National this summer.

Outlook: His year began with a grotesque ankle injury during the Par 3 Tournament at the Masters, and he still tied for 10th. Played some of his best golf in the biggest events, and his confidence is soaring for a guy with only one PGA Tour victory. Set the PGA Championship record with 10 birdies in one round.