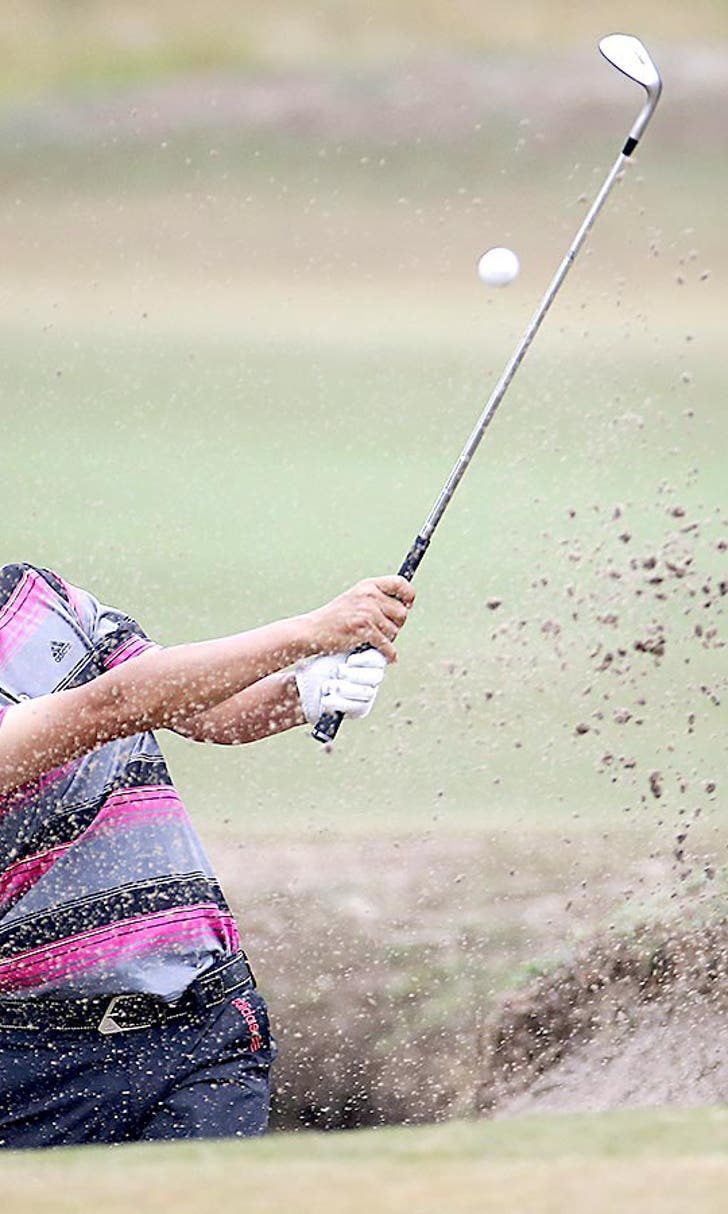 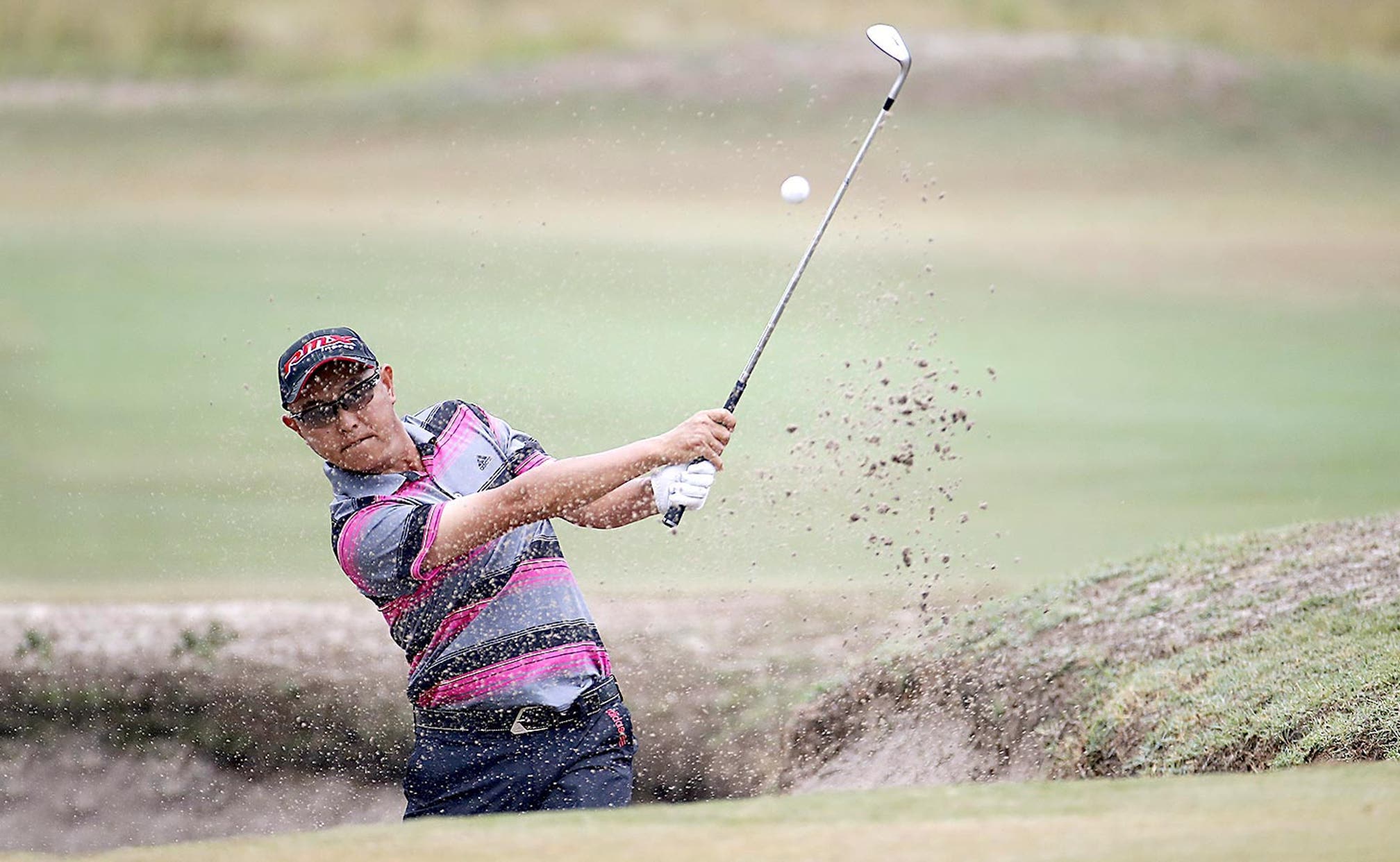 Pinehurst bites back as scores soar on US Open Day 3 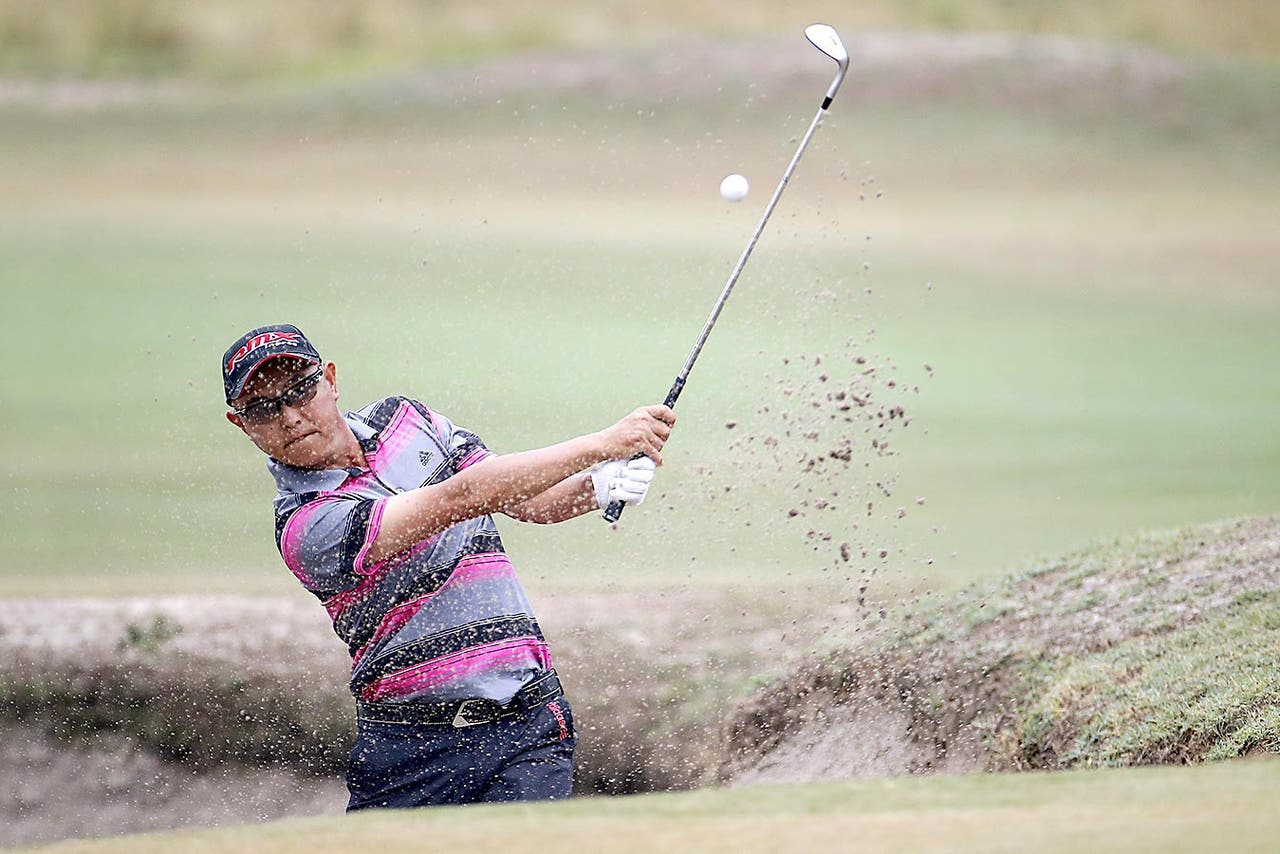 He had plenty of company.

After two days of lower-than-expected scores, Pinehurst No. 2 showed its bite at the US Open on Saturday.

Kaymer, who made only one bogey the first two days, bogeyed three of the first six holes in the third round. But a brilliant save at the fourth, after he took an unplayable lie, and an eagle at the par-5 fifth kept the 29-year-old Germany comfortably ahead at 9 under as he made the turn.

Kevin Na and Brendon de Jonge were five shots behind.

Erik Compton made the biggest move. The two-time heart transplant recipient ripped off four birdies and an eagle in a seven-hole stretch and was at 3 under, tied with Henrik Stenson.

For everyone, it was a brutal test.

"That was 18 of the toughest pins I've ever seen," Kenny Perry said. "That's probably the hardest setup I've ever experienced in a major championship. There's no room for error."

The 53-year-old Perry actually hit the shot of the day, a 220-yard hybrid out of the sand at No. 14 that bounced onto the green and rolled in for eagle. That helped him shoot a 4-over 74 -- not bad in these conditions.

With no rain to soften the perilous turtleback greens and devious pin placements making it tough to get anywhere close to the flags, the storied course produced the sort of portly numbers that had been expected from the beginning of the tournament.

Kaymer went into moving day with a six-shot lead after posting consecutive 5-under 65s. That gave him the lowest 36-hole score in Open history and a tie for the lowest at any major championship

No way he was going that low again in these conditions, considering the greens were firming up even more on a warm, sunny afternoon. No one broke par from the first 44 players to finish.

Kaymer needed three shots to get down from just off the green at No. 2, taking his first bogey of the round. He missed a good birdie chance at the third before taking another bogey at the fourth.

It could've been a lot worse.

Kaymer drove into the pine trees left of the fairway, the ball settling in a washed-out patch of sand. He took a one-shot penalty, dropped the ball a couple of club lengths away, and punched out into the fairway. From 160 yards, he struck a brilliant shot that settled 15 feet from the flag, then rolled in the putt. Even though it was a bogey, he gave a fist pump when the ball slipped into the cup.

Kaymer missed the fairway off the tee at No. 5, but his second shot -- 202 yards from a waste area -- was as close to the flag as anyone got all day. He made the 5-footer for an eagle that pushed his score right back to 10 under. Even though he dropped another shot at the sixth, a sloppy putt leading to his third bogey, some testy par saves over the next few holes sent him to the back side at 1-over 36 on the day.

Kaymer appeared to be playing an entirely different course over the first two days, making 11 birdies and only one bogey.

Brendon Todd was the closest challenger heading into the third round, but he plummeted out of contention by playing the first nine holes at 5 over. As the last group made the turn, just 11 players were in single-digits off the lead.

It remained Kaymer's tournament to lose.

The six-shot lead at the midway point tied the US Open record first set by Tiger Woods at Pebble Beach in 2000 and matched by Rory McIlroy at Congressional three years ago. Woods wound up winning by 15 shots. McIlroy won by eight.

Phil Mickelson steadied his putting stroke a bit but still shot 72, not the sort of score he needed to get in contention for his first US Open title.

Lefty has been the runner-up in this championship a record six times, denying him the only title he needs to complete a career Grand Slam.

Defending champion Justin Rose, who held off Mickelson a year ago at Merion, shot 70 but was still 10 shots back as he headed to the clubhouse.