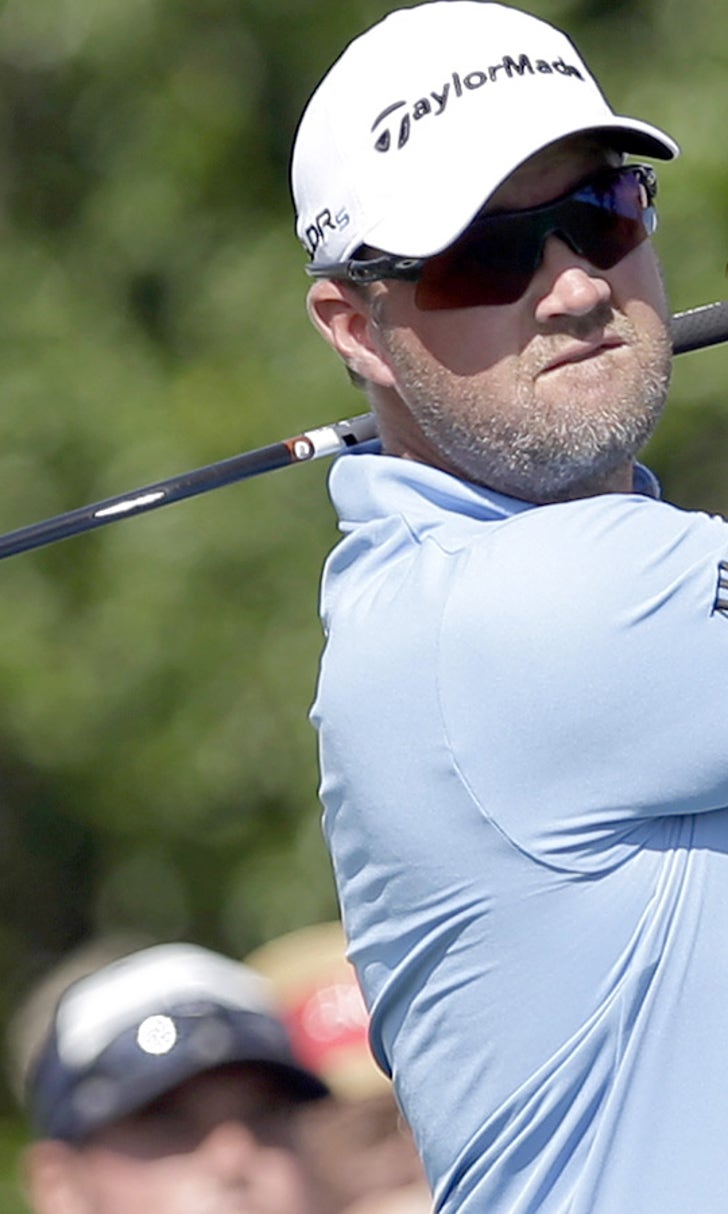 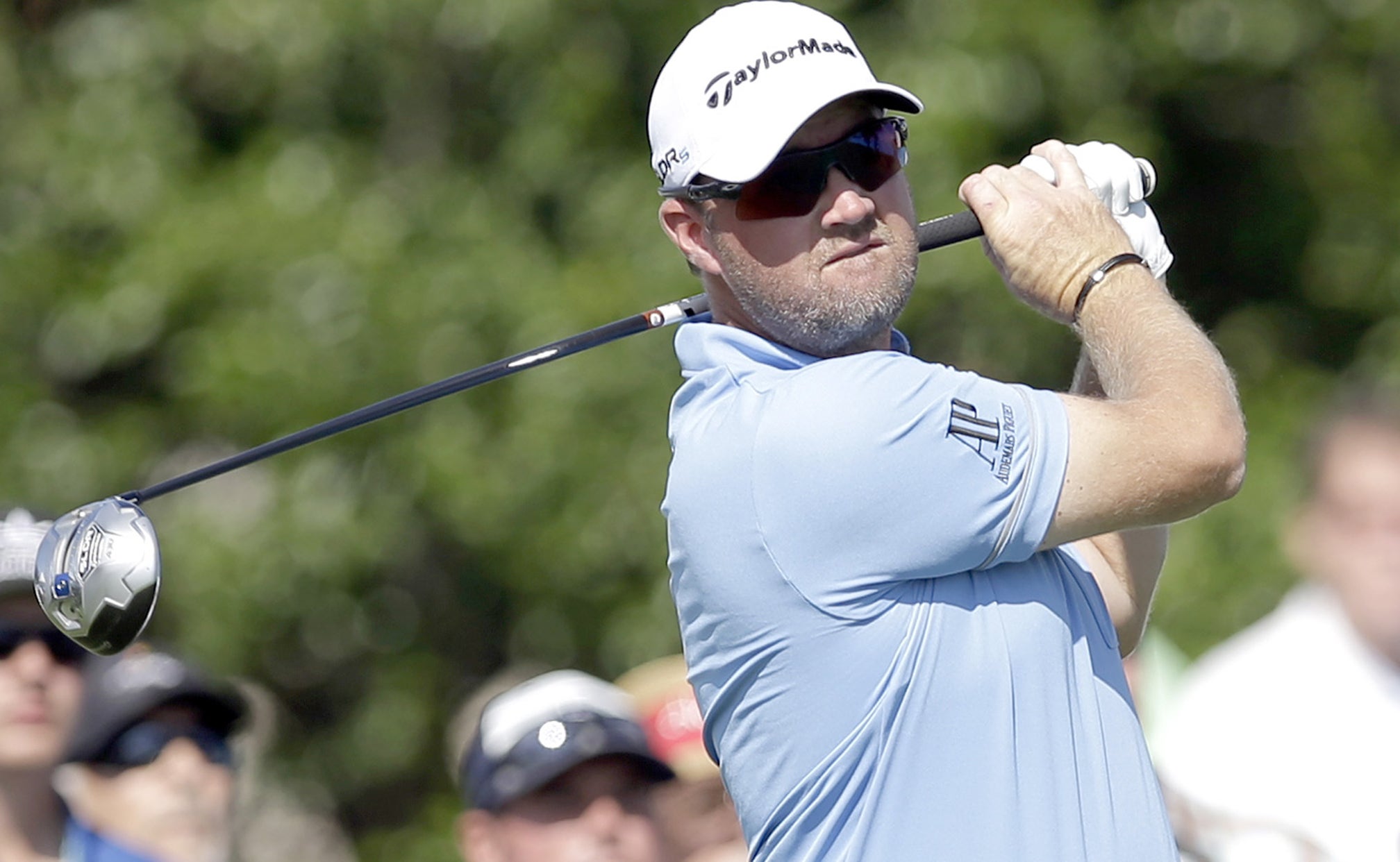 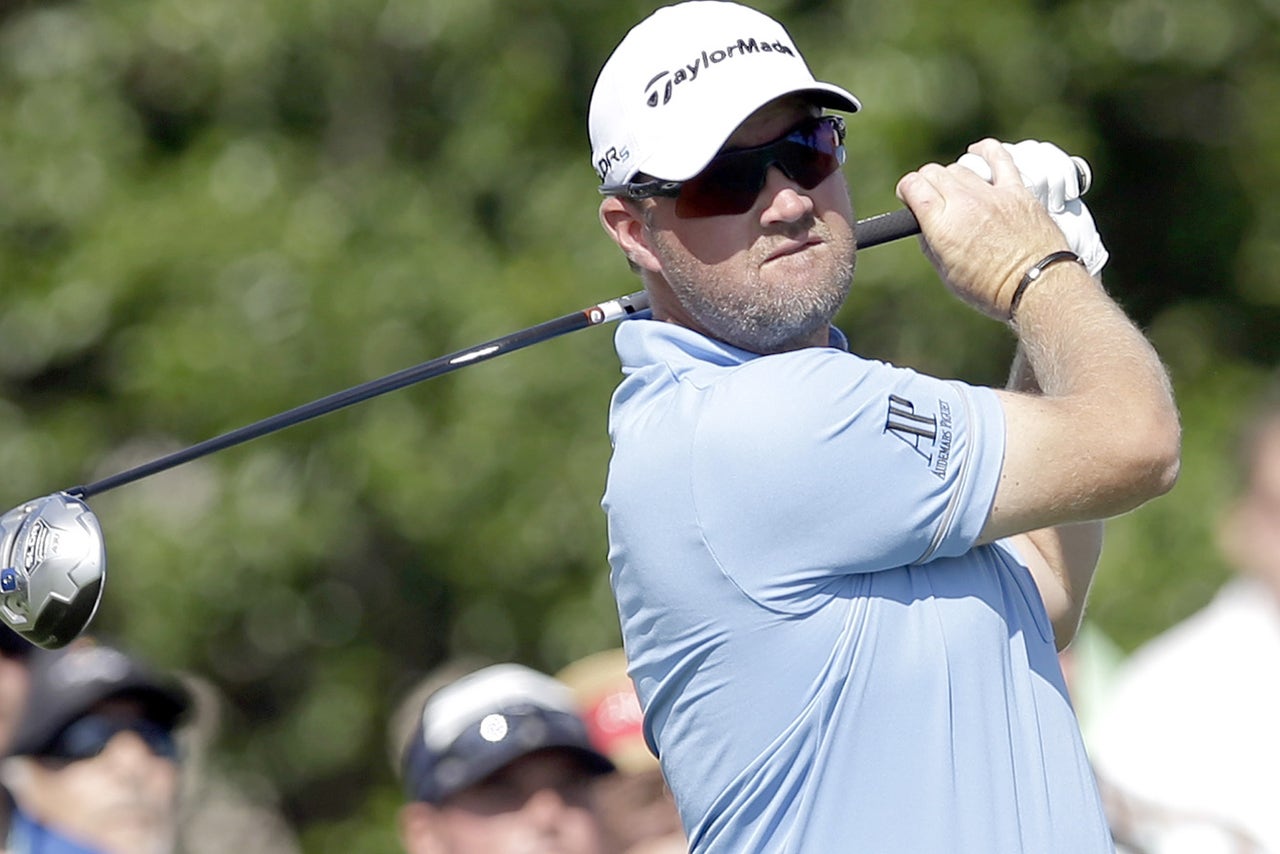 David Duval gets only limited chances on the PGA Tour these days, much different than 15 years ago when he was the No. 1 player in the world.

So Duval gutted it out Thursday at the Byron Nelson Championship despite the pain from a muscle issue in his right elbow, a day after his stepson had to drive him because he couldn't even use that arm.

"I'm just glad I chose to tee off today because I was seriously considering not," said Duval, who almost withdrew about a half-hour before his round.

Duval, now 42 years old and ranked 890th in the world, birdied his last three holes -- Nos. 7-9 -- after pitching in from 57 feet for another birdie at the fifth hole. He shot 4-under 66, a stroke behind leader Peter Hanson and tied with Marc Leishman and Tim Wilkinson.

After a bogey on his 12th hole, the 528-yard third hole, Duval was even par for his round. He had the long pitch on No. 5, and a similar shot from 43 feet at the par-5 seventh hole started his closing birdie stretch. He sank putts of 3 and 17 feet to finish.

"I'm tickled pink it feels as good as it does right now," Duval said. "I'm not getting to play a whole lot right now and it would have been a hard thing to swallow not to be able to tee off."

Duval's arm started bothering him Tuesday when he hit 20 or 30 balls after getting to North Texas, and he managed to play only six holes after having a trainer work on his arm. He had an injection that night and hit only 20 or 30 more balls Wednesday before he couldn't even move his arm. He got more treatment before teeing off Thursday.

As a 13-time winner on the PGA Tour, his last victory in the 2001 British Open, Duval has past champion status. But past champions are 32nd in the line of 36 categories to fill open spots in tournament fields.

"A little disadvantage when you don't get to play consistently," he said. "But I have the utmost confidence in what I'm trying to do right now, and I feel like I can succeed even with that sporadic schedule."

Martin Kaymer, The Players Championship winner Sunday, was among eight players at 67.

When Duval finished his round, he had a share of the lead -- until Hanson sank a 6-foot putt at No. 18 for his only back-nine birdie.

Duval hasn't led the end of any round on the PGA Tour since the fourth of five rounds at Las Vegas in 2002. This is his only his eighth tournament this season, matching last year's total.

Hanson made the turn at 5 under after shooting 30 on the front side. The Swede couldn't keep up the pace on the back nine at TPC Four Seasons that he hadn't played before Thursday because of travel issues and a sore back.

"I still have quite a bit of pain, but I really wanted to play this week," Hanson said. "Heading over to Europe the next two weeks. We have a big tournament, Wentworth, and then my national open back in Sweden the week after that. This is a bit of a test."

Leishman was the only of the top four who played in the morning, and had a tap-in birdie putt at the par-3 second hole. His only bogey, at the 431-yard fourth hole after missing the green, was sandwiched by a pair of birdies.

"It was fairly stress-free for the most part," the Australian said after hitting 13 of 14 fairways and 16 greens in regulation.

It was Leishman's best-scoring round since opening with a 66 at Torrey Pines in January when he was the runner-up with his second consecutive top-five finish. In eight tournaments since, he missed three cuts and his only finish in the top 30 was his tie for 23th at The Players Championship.

Jordan Spieth had to birdie two of his last three holes for an even-par 70 at the course where he made the cut as an amateur at ages 16 and 17.

Spieth, now 20 and the eighth-ranked player in the world, had a double-bogey 6 after driving into the water at No. 3, his 12th hole. With a large gallery following him only four days after he was in the final group with Kaymer at The Players, the Masters runner-up from Dallas hit only four of 14 fairways and 10 of 18 greens in regulation.

Spieth played with defending Nelson champ Sang-Moon Bae, the South Korean who had an opening 73.