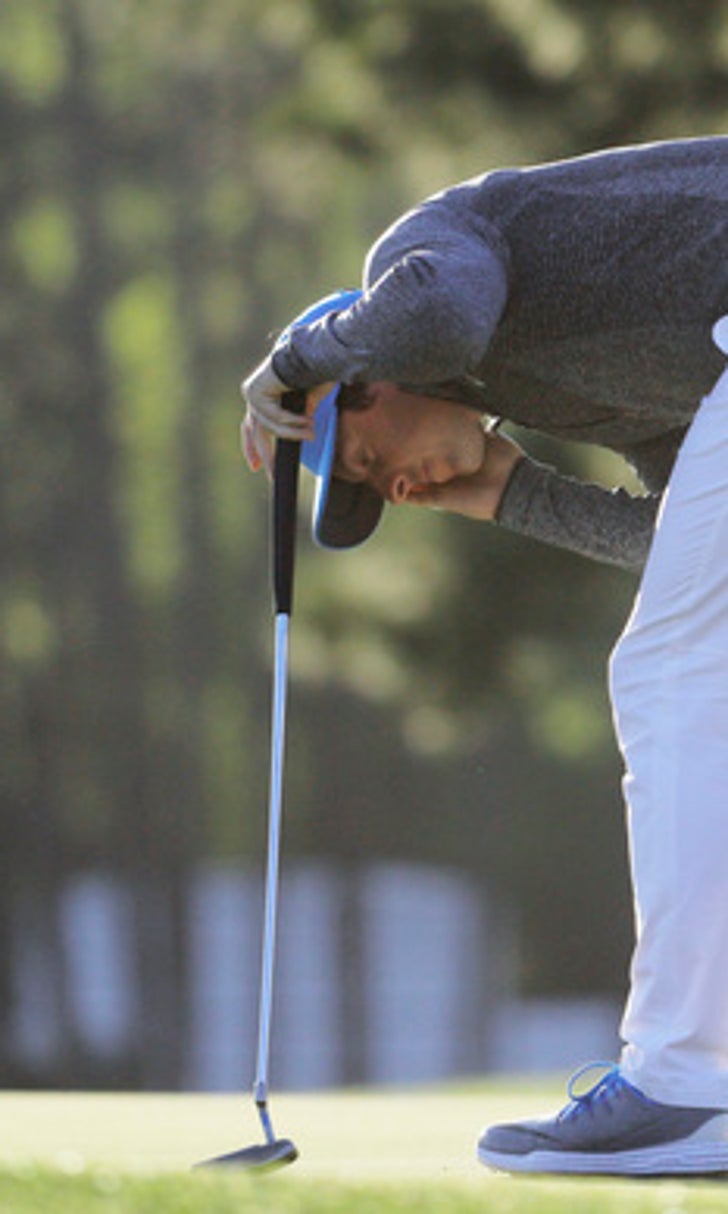 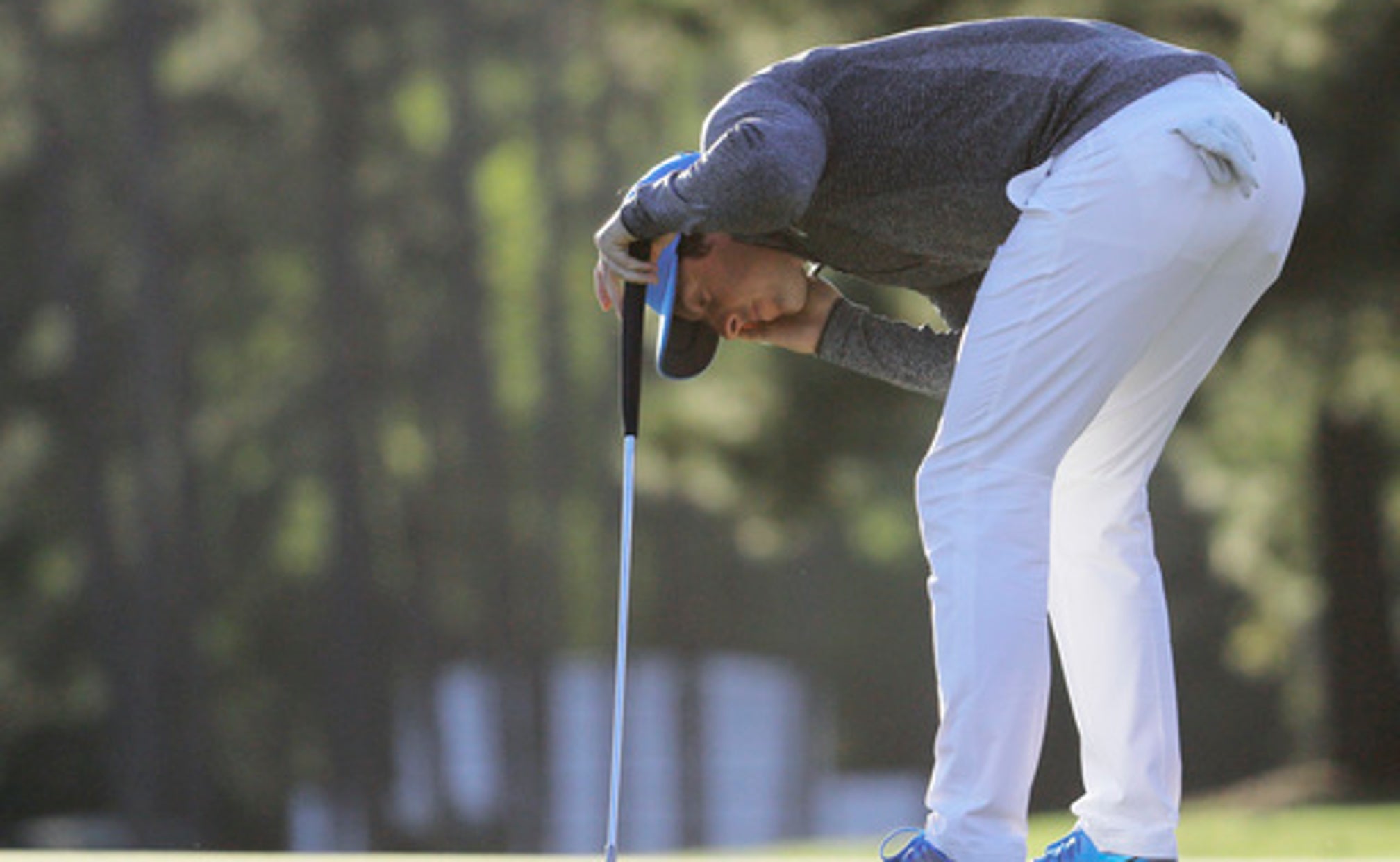 McIlroy's biggest hurdle at the Masters is on Saturday 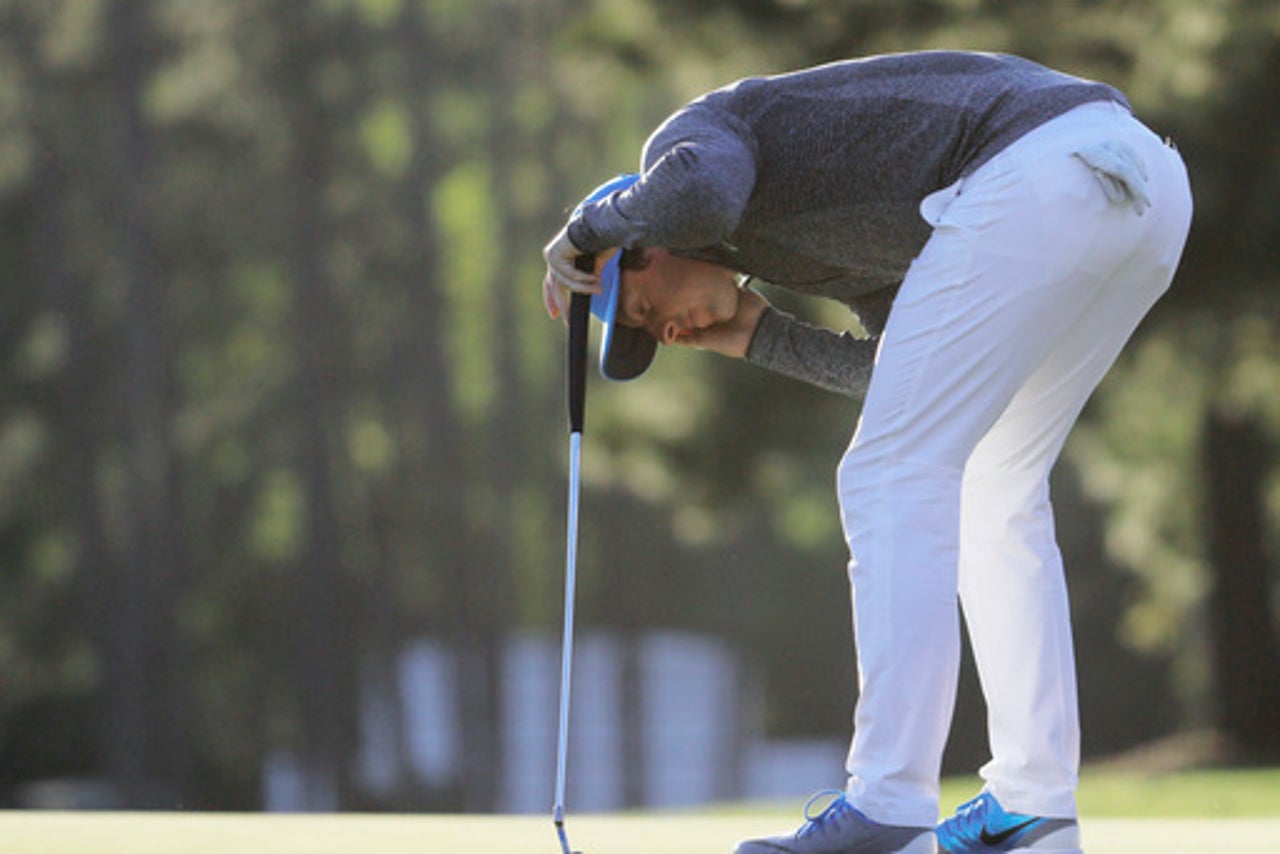 AUGUSTA, Ga. (AP) Winning the Masters is becoming a mental challenge for Rory McIlroy because it's the only major he lacks for the career Grand Slam.

For the third time in the last five years, McIlroy went into the weekend within range of the lead, only to blow up. He was one shot behind in 2012 and shot 77. He was four shots behind Jason Dufner in 2013 and shot 79. The attention was even greater this year because McIlroy was one shot behind and playing in the final group with Jordan Spieth. He didn't make a birdie and shot 77.

''I've been in position before and I haven't got the job done when I needed to, and I don't think that's anything to do with my game, '' McIlroy said after closing with a 71 to tie for 10th. ''I'm trying to deal with the pressure of it and the thrill of the achievement if it were to happen. I think that's the thing that's really holding me back.''

McIlroy said he played too tentatively, which is easy to do on the weekend at Augusta National, especially in gusts over 20 mph.

He went into the week with the attitude that Augusta owed him one, telling Irish state radio RTE that ''I have come here to get something that I should have had a long time ago.'' That was a reference to his four-shot lead in 2011, when he shot 80 in the final round.

McIlroy said his head - not anything about his game - was where he needed to improve when he picks up the Grand Slam chase next year.

''I was just very ... I'm not sure what the word is,'' he said. ''I don't know if it's weak or whatever it is. I was anxious and I was nervous, which you're going to be, and I just didn't handle it the best. Out of every tournament in the world that we play, this is the one where I feel a little different from the others, for obvious reasons. And I just need to learn how to control that better.''

The sooner the better.

That was McIlroy's second time at Augusta with an opportunity to get the career Grand Slam. The other five players who have won all four majors never waited more than three years once they had the third leg of the slam.

Gary Player won the U.S. Open in his third attempt with the Grand Slam on the line in 1965 at Bellerive. Jack Nicklaus, after collecting the other three majors, completed the slam on his third try at the 1966 British Open.

Maybe that bodes well for Phil Mickelson, who gets his third chance at the career slam in two months at Oakmont for the U.S. Open.

Tiger Woods, meanwhile, completed the career Grand Slam quickly. He won the British Open a month after getting the third leg at the U.S. Open. Ben Hogan also needed only one try to get the British Open for the fourth piece, though 1953 at Carnoustie was the only British Open he played.

Gene Sarazen technically completed the slam on his first try, too. Then again, the Masters was in its second year when Sarazen won in 1935, and it wasn't looked upon as a major back then. Plus, a career Grand Slam of professional majors was never mentioned.

END OF THE MONEY LIST?: This could be the last year that players earn a full PGA Tour card by finishing in the top 125 on the money list.

The PGA Tour policy board voted March 21 to get rid of the money list as a means for players to be exempt the following season, instead relying only on the top 125 in FedEx Cup points who qualify for the postseason tournaments.

The Player Advisory Council is meeting this week at the RBC Heritage to discuss the approval. Andy Pazder, the tour's chief of operations, said the board still would have to ratify the proposal at the next meeting in June.

Toms and Beljan have kept their cards twice in the last three seasons through the money list.

SENIOR SLUMAN: The Masters and the PGA Championship are the only majors to offer lifetime exemptions to their champions, although the older champions tend to play longer at the Masters because of Augusta National and so many other traditions. Seven Masters champions in their 50s played this year. Two of them made the cut (Bernhard Langer and Larry Mize) and Langer was two shots out of the lead going into the final round.

Perhaps because the PGA Championship moves around, coming back is not as alluring.

And then there's the case of Jeff Sluman, who won in 1988 at Oak Tree. He shot 73 in the second round at Southern Hills in 2007 to miss the cut by two shots, turned 50 the next month and never played again.

Past champions have earned a right to do whatever they want. What's different about the PGA Championship, however, is that it affects the field. There are no alternates at the Masters. The alternate list at the PGA Championship is a PGA Tour money list from the last year, so any alternate is more than capable of winning, such as John Daly when he was the ninth alternate in 1991 at Crooked Stick.

DIVOTS: Peter Oosterhuis was awarded honorary life membership in the European Tour last week. The Englishman won the money title four straight times, and he had a winning Ryder Cup record in an era when his teams were never winning. ... HSBC has extended its sponsorship of the junior golf program in China for another five years. It is the only sanctioned junior golf program in China. Among those who have come through its program are Guan Tianlang, who made the cut at the Masters when he was 14, and Cheng Jin, who won the Asian Amateur last year. ... The Web.com Tour Championship will be played this year at Atlantic Beach Country Club, about 10 miles up the coast from the TPC Sawgrass, which is going through construction work. The tournament had been at the Valley Course at Sawgrass the last three years.

STAT OF THE WEEK: Danny Willett became the first Masters champion to start the final round out of the top four since Nick Faldo in 1989.

FINAL WORD: ''I have been in that position before and I know it's not that nice. But he won it last year, so I don't feel too sorry for him.'' - Rory McIlroy on Jordan Spieth, who lost the Masters by playing the 10th, 11th and 12th holes in 6-over par. McIlroy played them 6 over when he shot 80 in 2011 and lost a four-shot lead.