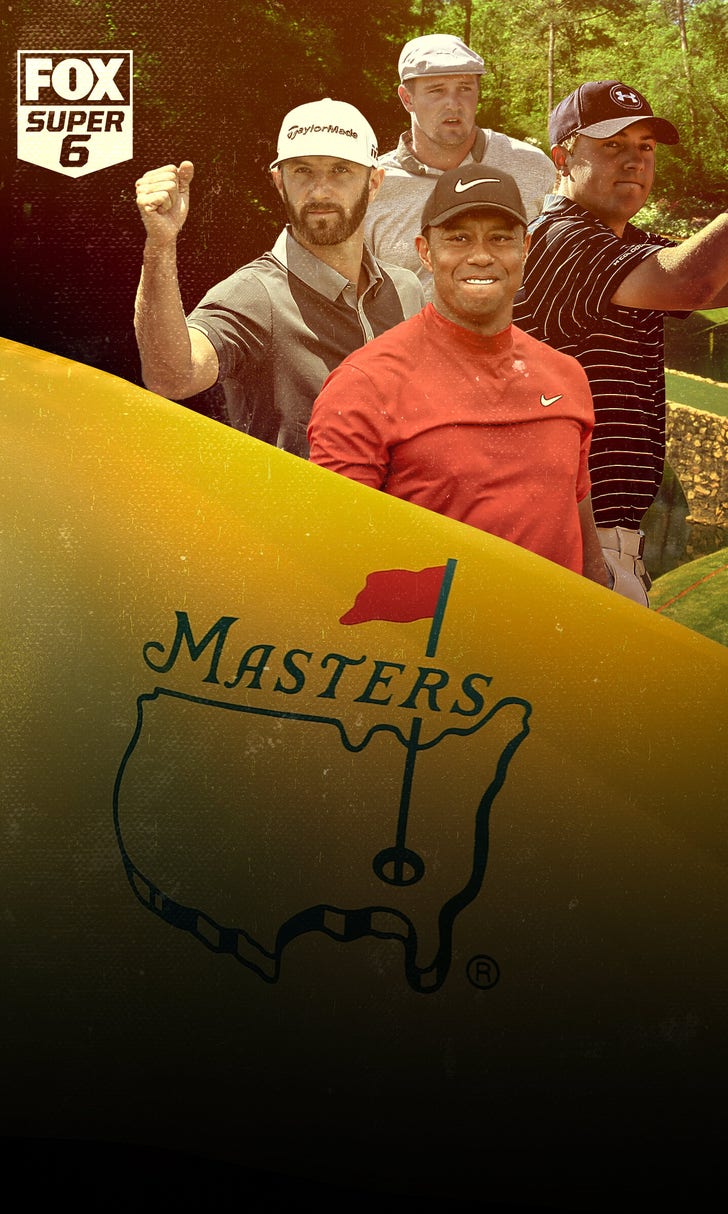 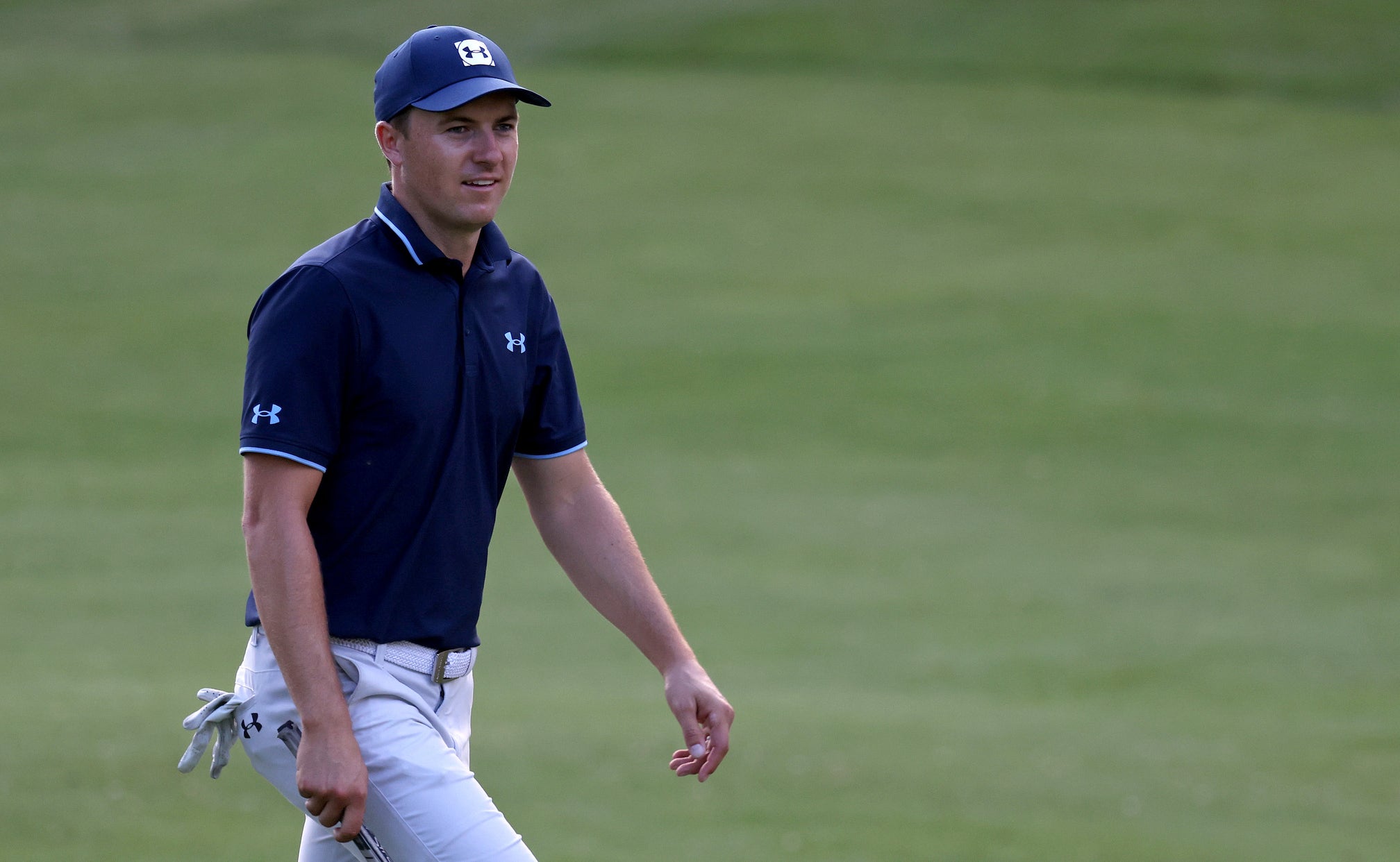 Nothing in 2020 has gone as planned in the sports world. So, instead of enjoying the Masters on the first weekend of April – as flowers are blooming in spring – there’s a decent chance you have your fireplace lit while watching the tournament this week in Augusta, Ga.

There is some rain in the forecast for Augusta this weekend, but temperatures are expected to be in the low 70s. There will not be fans at the crown jewel on golf’s calendar, but fortunately, there is a Super 6 contest on FOX Bet.

Let's get into my picks for the Super 6 questions:

What will Tiger shoot in the first round?

Tiger Woods enters the Masters in terrible form, and that’s reflected in his odds.

Since golf’s restart, here’s how he has finished at the four tournaments he has entered: 40th, 37th, 58th and 51st.

But, of course, this is the course he knows better than anyone, having won the tournament five times, including in 2019. The big difference is that leading up to the 2019 Masters, he had shown well, with three top 20 finishes.

Which golfer will have the most birdies by the end of the second round: Phil Mickelson, Tiger Woods, Bubba Watson, Jordan Spieth, Rickie Fowler, or tie?

Given the options here, it’s Spieth or tie.

Bryson DeChambeau is the FOXBet favorite at +800, what position will he finish in the tournament? The choices are first/second, third/fourth, fifth/sixth, or seventh/higher.

The most popular choice to win the Masters, by far, is Bryson Dechambeau.

He’s the first Masters favorite to have never previously had a top 10 finish since Rory McIlroy in 2014 – McIlroy finished tied for eighth that year.

Sure, Dechambeau looked tremendous winning the U.S. Open as a 25-1 underdog. But it’s a completely different role as the favorite. There will be pressure.

He’s the hunted, not the hunter.

Will there be a hole-in-one on Sunday?

There has been a grand total of 31 hole-in-ones at the Masters dating back to 1934. There hasn’t been an ace since Jamie Donaldson in 2013.

There’s only been two this century (Chris DiMarco, 2004).

Who will have the lowest single-round score for the tournament: Tiger Woods, Brooks Koepka, Tony Finau, Rory McIlroy, Jason Day or tie.

I’ll take a flier on Finau, who is a sleeper of mine to win the Masters.

He has never won a major, but he has had a tremendous three-year run in which he always has been competitive. In 2018, he finished in the top 10 in three of four majors. In 2019, he had two top-five finishes, and in 2020, he tied for fourth at the PGA Championship and tied for eighth at the U.S. Open.

He has carded two rounds of 65 and two of 66 in the last few months.

Who will have the lowest overall score for the tournament: Bryson DeChambeau, Dustin Johnson, Justin Thomas, Jon Rahm, Xander Schauffele or tie?

Johnson is coming off a very impressive showing at the Houston Open (second place), and he did finish tied for second at the Masters last year. He has four top-10 finishes at Augusta and is a solid pick.

But I’ll take Rahm, who celebrates his birthday this week, and could cap it with a Masters title. He finished ninth in 2019 and fourth in 2018. He was very good at Shadow Creek last month, and excellent at Sherwood Country Club two weeks ago.

Get more from Golf - pga - Masters Tournament - 11/12/2020 Add to your favorites to get information about games, news and more.
in this topic

Top Moments At The Masters: Day 2
The second day of the 2020 Masters is up and running. Follow all the action, as it happens, right here!
November 13
those were the latest stories
Want to see more?
View All Stories
Fox Sports™ and © 2020 Fox Media LLC and Fox Sports Interactive Media, LLC. All rights reserved. Use of this website (including any and all parts and components) constitutes your acceptance of these Terms of Use and Updated Privacy Policy. Advertising Choices. Do Not Sell my Personal Info