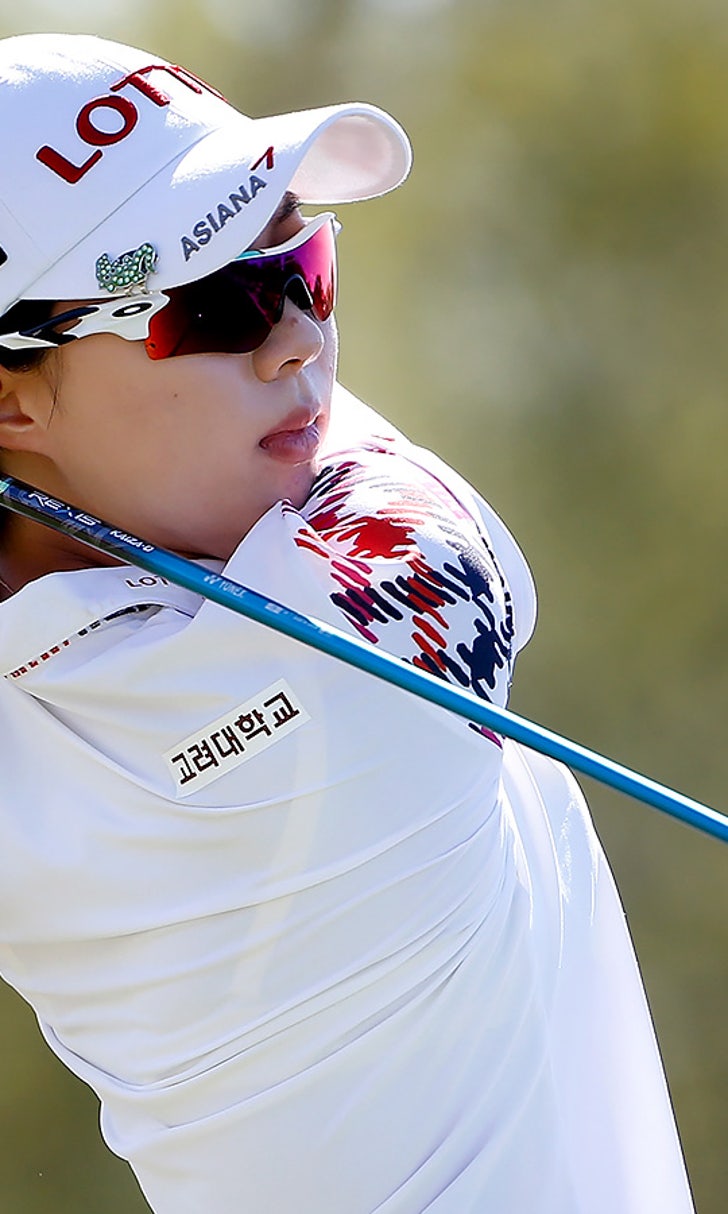 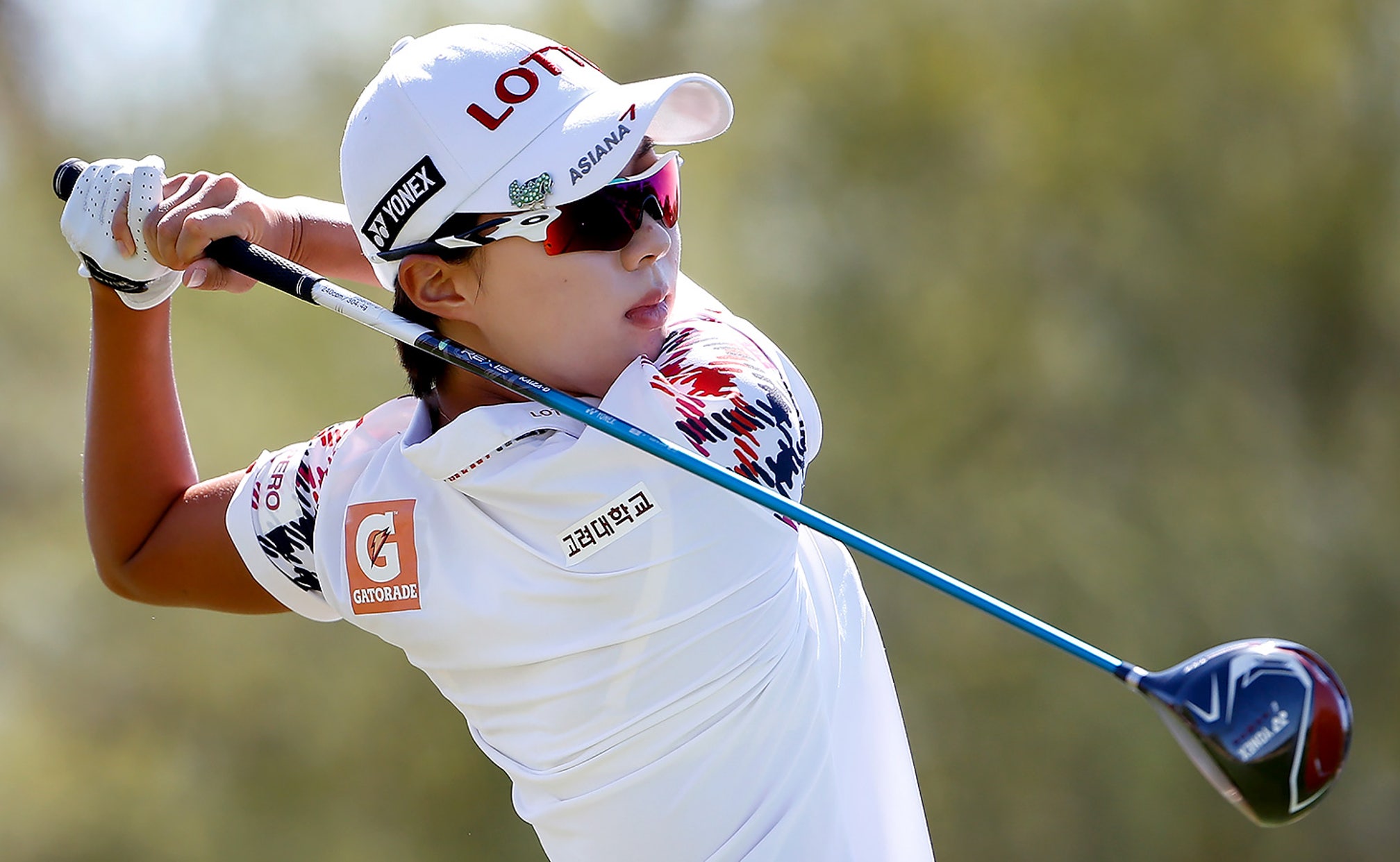 Kim finishes round of 66 in dark, takes lead in Founders Cup 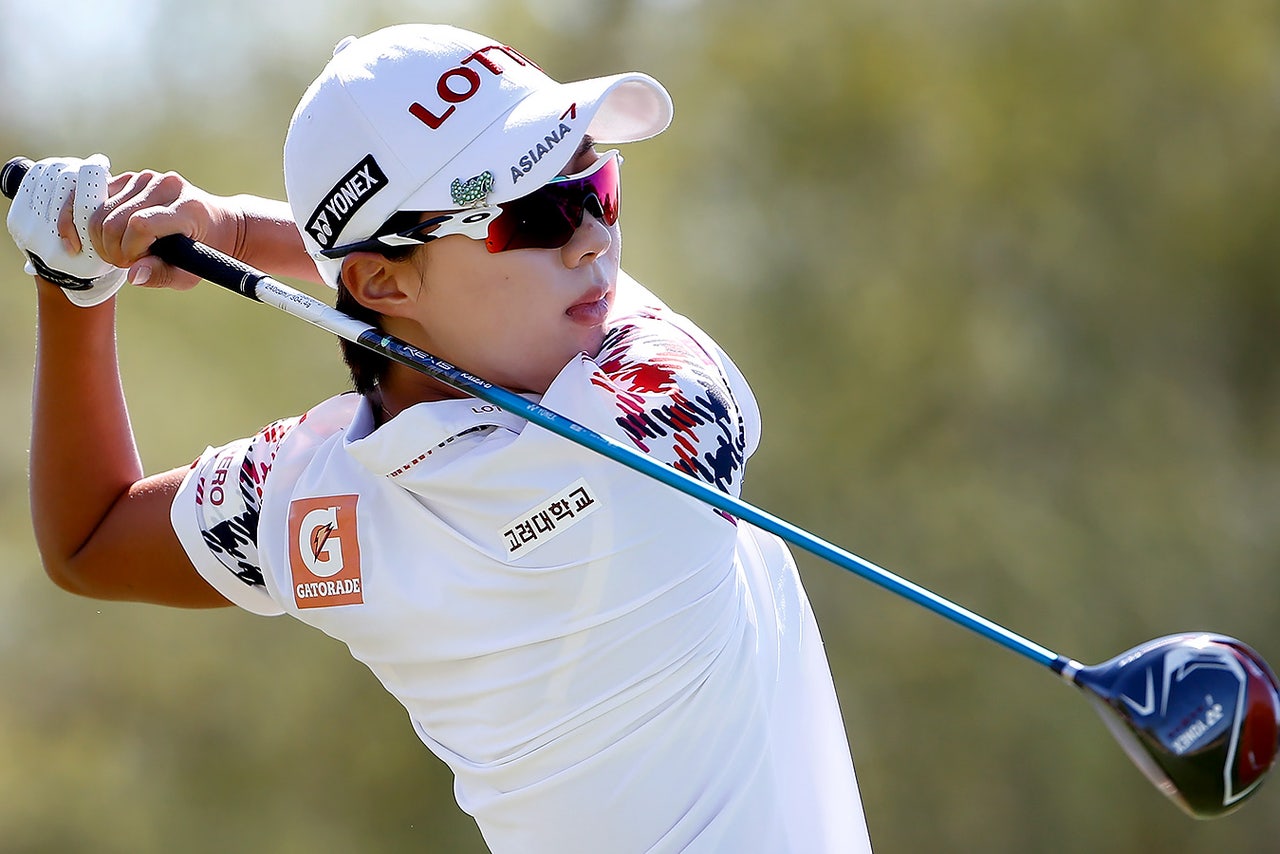 A couple of things stood out when Stacy Lewis glanced at a scoring monitor Saturday night at the JTBC Founders Cup.

For one, the leaderboard was packed on a Desert Mountain course known for low scores and Sunday shootouts. And at 30, she's a lot older than the other leaders.

"I do feel old, yes," Lewis said. "We knew it was coming. A lot of the young Koreans were coming out, so it's not surprising. I mean, they are fearless. They don't have the experience, so that's hopefully to my advantage.

"But it is a little strange to be 10 years older than some of these girls."

"Been really good with the driver, second, third (shots), totally all the clubs," Kim said. "If I miss, I save, so I'm playing good. All the putts feel good."

Kim made three straight birdies -- the last with a 25-foot putt on the par-4 16th -- and finished at 16-under 200. She won the Evian Championship last year in France.

"I've won before and I've been playing four or five times a year on the LPGA," Kim said. "So I have experience, but not much like this in the States."

"I feel like I played a lot better than the score," Lewis said. "Had a bunch of putts, especially early, that I thought I made. The hole locations coming in were pretty tough, so I think to make some birdies, you really had to hit some good shots."

The 11-time tour winner was relieved to finish the round Saturday in the event that finally caught up after falling behind Thursday when rain delayed the start.

"The worst part is going to sleep thinking about that one shot or that one putt you have to hit," Lewis said. "Just being able to do the normal stuff in the morning and not having to worry about going to bed so early. You can watch some basketball."

Alison Lee and second-round leader Kim Kaufman were third at 13 under. The 20-year-old Lee matched the course record with a 63, and the 23-year-old Kaufman had a 70.

Top-ranked Lydia Ko was 12 under after a 69. The 17-year-old New Zealander has broken par in her last 23 LPGA Tour rounds and 26 worldwide, a streak that started in the first round of her victory last year in the season-ending event.

Mi Hyang Lee and Ha Na Jang also were 12 under, and six more players were 11 under.

"I think it almost makes things easier because you have to just go out there and play and see what happens," Lewis said about the packed leaderboard. "You can't watch one person or the people in your groups. You've just got to go play golf."

Lee, still a student at UCLA after turning pro in December, tied the course record set by Ai Miyazato in 2013 and matched last year by Webb, Cristie Kerr and Hee-Won Han. Lee also matched the best score of her career.

"I kind of played my own game," Lee said. "I really didn't even realize that I was playing that well until the last hole when I finally looked at the scoreboard."

"I was hitting all my approach shots really well," Lee said.

Making her third LPGA Tour start as a professional, Lee won the Pac-12 title last year as a freshman and was co-medalist at Q-school. She finished finals last week and plans to take more classes in the fall

Webb came from six strokes back in each of her two victories in the event, closing with a 66 in 2011 and the 63 last year. The Australian had a 73 on Saturday, leaving her 10 strokes behind Kim.