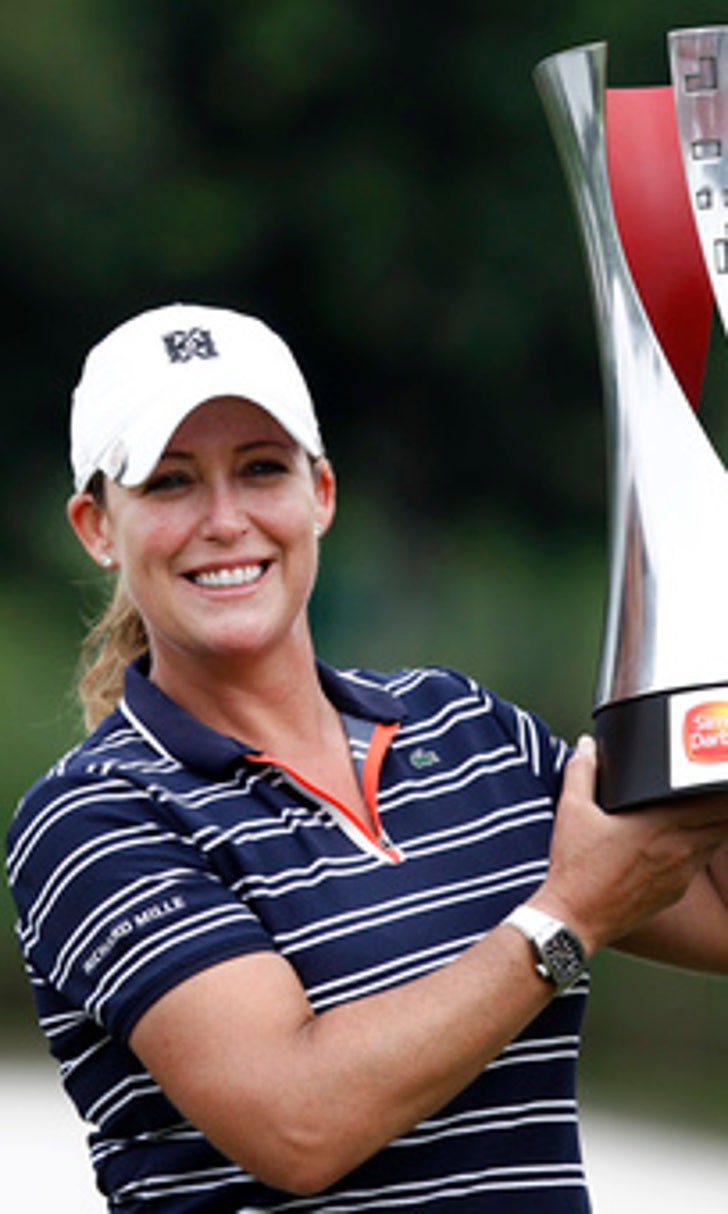 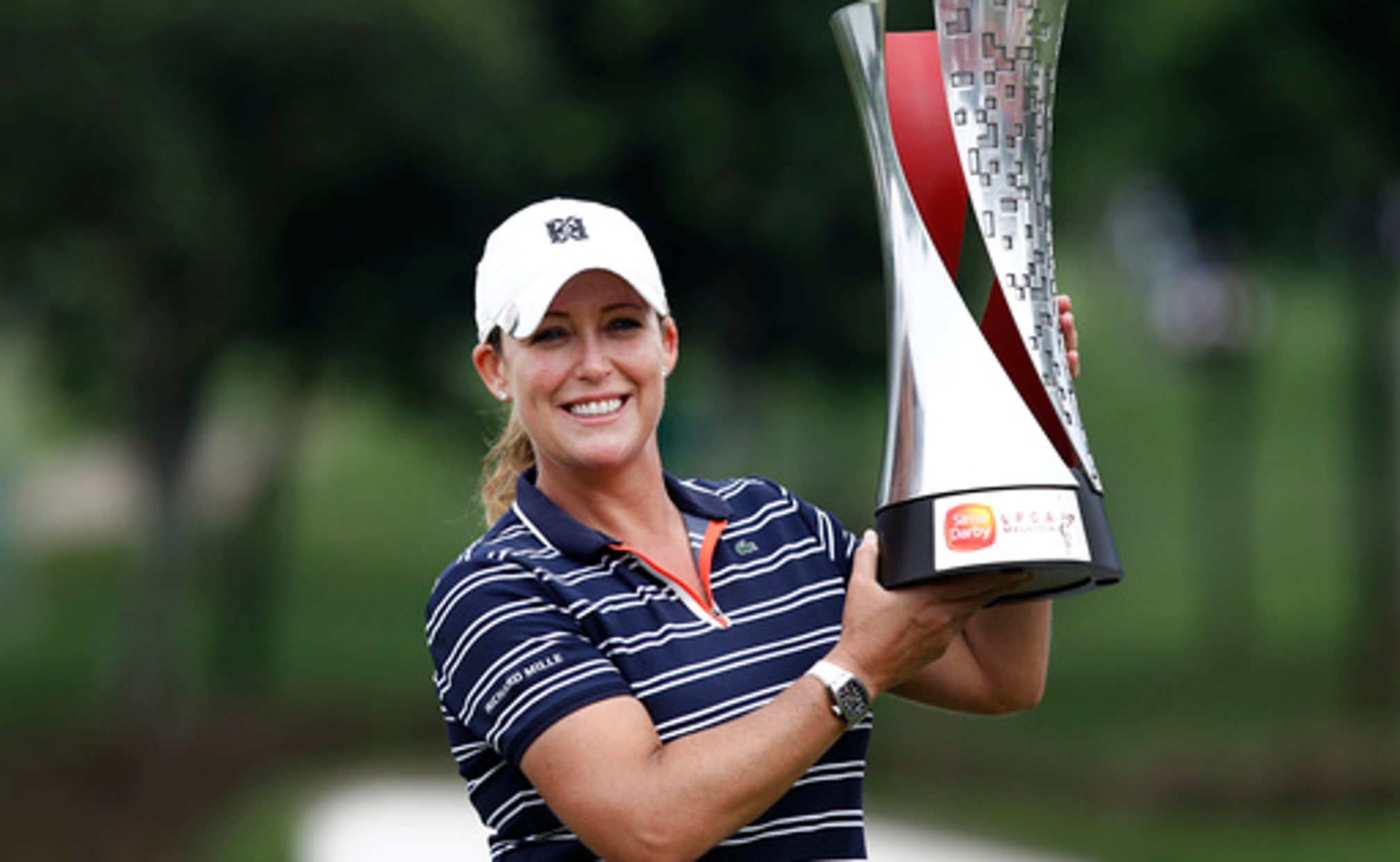 Kerr wins in Malaysia with birdie on last hole

KUALA LUMPUR, Malaysia (AP) Cristie Kerr made her 20th career victory on the LPGA Tour one to remember.

Locked in a four-way tie for the lead going to the 18th hole, Kerr made a 35-foot birdie putt for an even-par 71 and a one-shot victory in the Sime Darby LPGA Malaysia to cap off a wild finish at the TPC Kuala Lumpur.

Kerr, who won earlier this year in Hawaii, became the 27th player in LPGA Tour with 20 career victories.

Kerr, who celebrated her 40th birthday on Oct. 12, became the first player since Catriona Matthew (42) at the 2011 Lorena Ochoa Invitational to win in her 40s. This one packed a little more excitement than she anticipated.

She took a one-shot lead over defending champion Shanshan Feng into the final round, only to slip into a tie for the lead with a double bogey on the par-3 seventh hole. Kerr still had the tournament in her grasp until a two-shot swing on the 17th hole - Kerr made bogey and Feng made birdie.

Danielle Kang, who won the Women's PGA Championship this year for her first major, closed with a 66 and Jacqui Concolino had a 67. They also were tied for the lead and waiting to see if there would be a playoff.

Kerr made sure there wasn't.

For a player who has made a career with her short game, even Kerr was impressed. As the photographers were lining up for the trophy presentation, Kerr and her caddie went back to the spot and stepped off the putt one more time.

''I knew it was going to be like a five-way playoff,'' Kerr said. ''I was just like, `Got to do it. Got to do it.' The only thing I could control was trusting my line and hitting the putt with the speed to make it. And I did it.''

Kerr finished at 15-under 269 and earned $270,000 and went over $19 million for her career, third on the all-time list behind Annika Sorenstam and Karrie Webb. She also became the seventh player with multiple victories this year.

Feng was trying to win in Malaysia for the third time in four years, and nearly pulled it off. She now has two victories and three runner-up finishes in the tournament.

''I think second is still not a bad finish here, and I'm still keeping my record pretty good here in Malaysia,'' Feng said after closing with a 71.

Concolino earlier had a 10-foot birdie putt on the 18th that caught the lip and stayed out. The runner-up finish was her best on the LPGA Tour.

''Cristie making the putt on the last hole is kind of inevitable I guess,'' Concolino said.