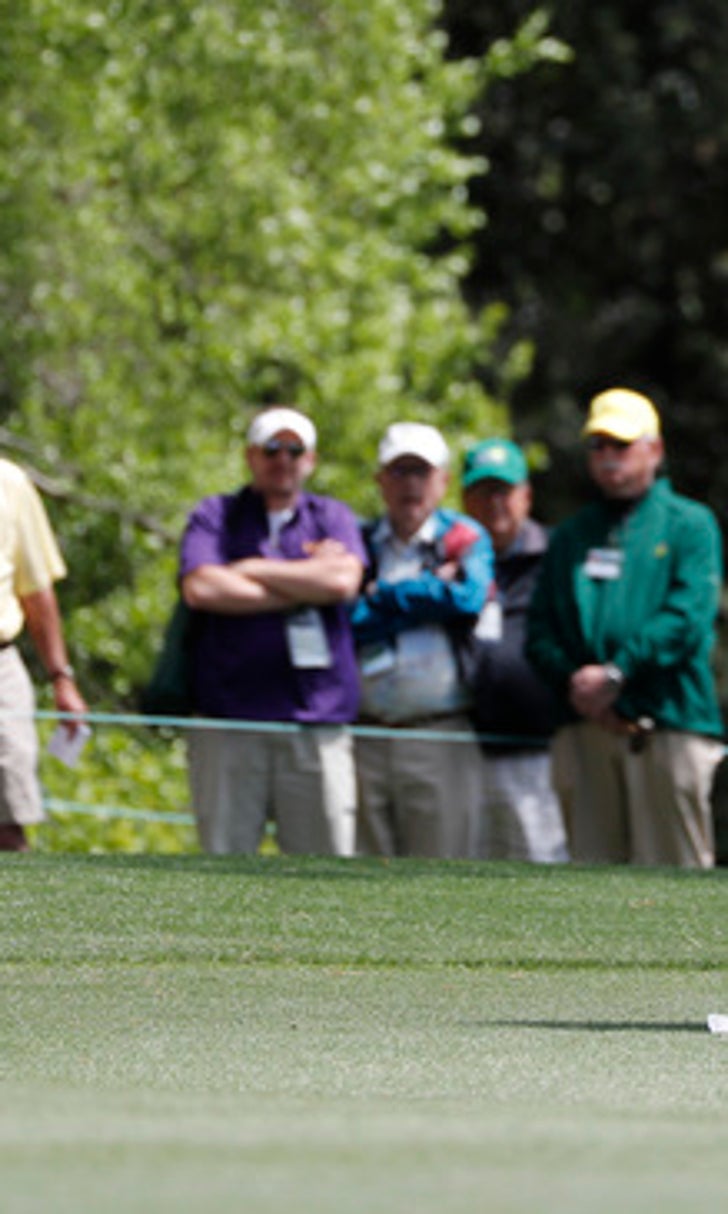 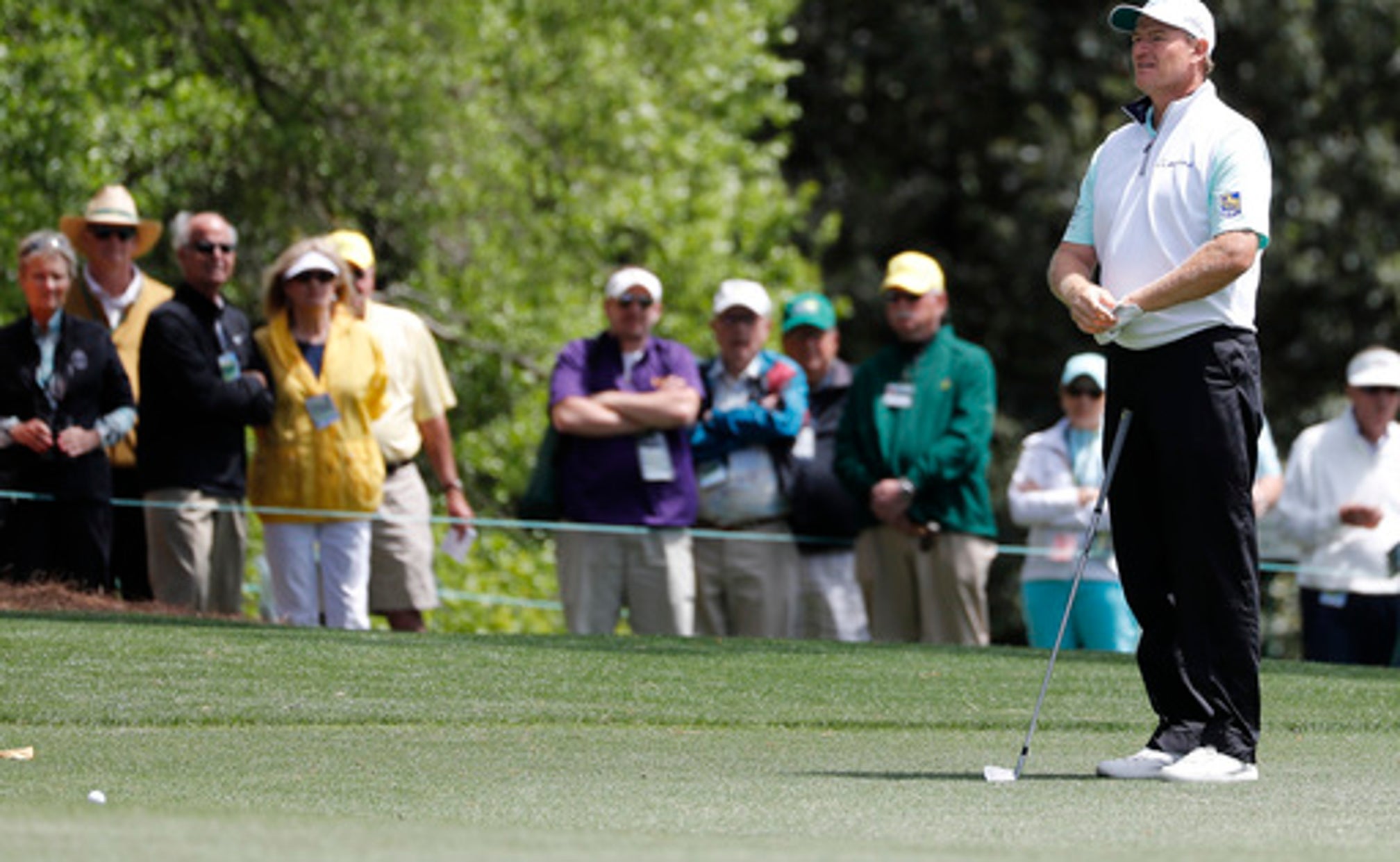 Give him a 10: Big debacle for Big Easy at start of Masters 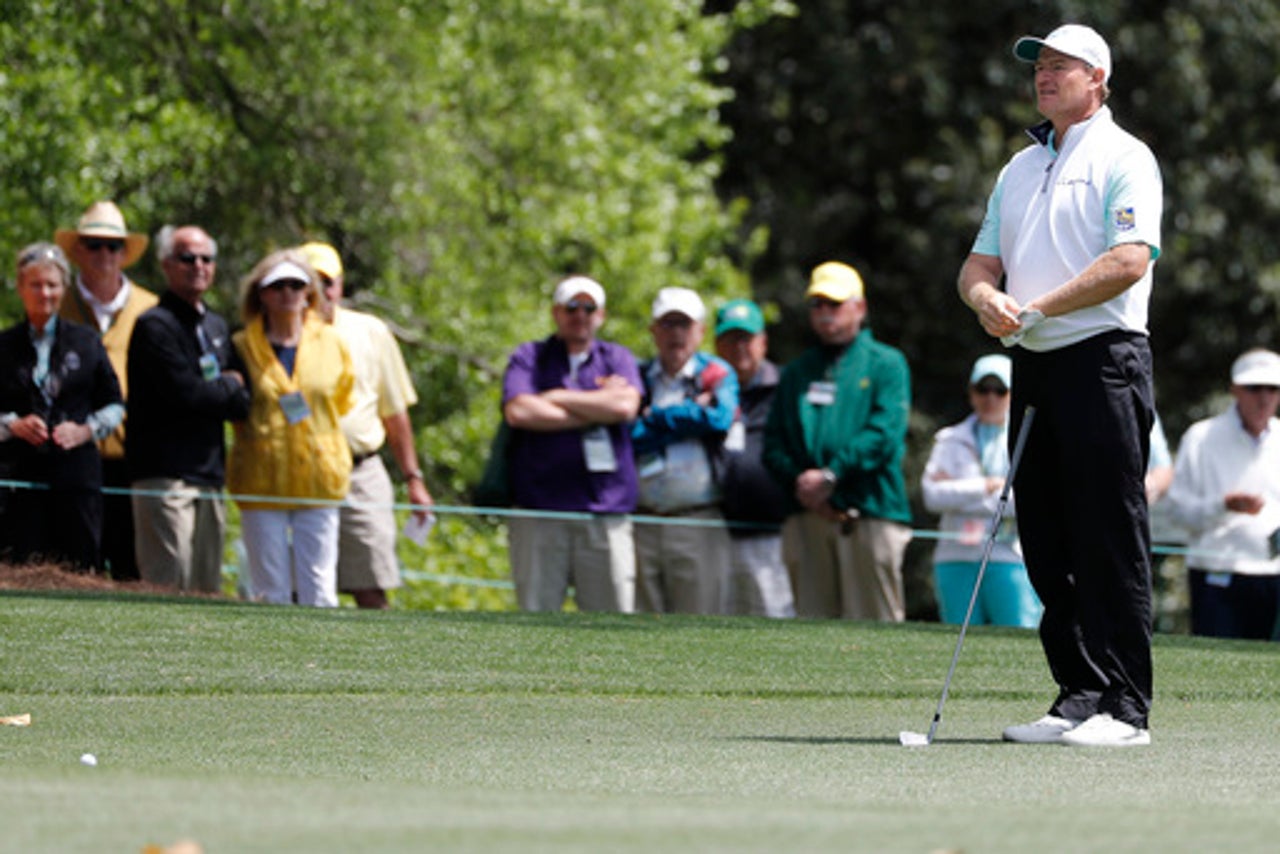 AUGUSTA, Ga. (AP) Ernie Els was 2 feet from a par to start the Masters.

Then, the unimaginable happened.

Finally, on his seventh putt - a one-handed swat that showed his total disgust - Els finished off a sextuple-bogey 10 that essentially ruined any hope of contending for a green jacket on the very first hole Thursday.

Talk about a hard one to take for the Big Easy.

No one at Masters had ever gone higher than 8 on the par-4 hole.

Making the whole scene downright surreal, none of the putts appeared longer than about 4 feet. Video quickly began making the rounds on social media showing Els knocking the ball back and forth past the cup, totally bedeviled by the slick, treacherous greens at Augusta National.

Apparently, the video didn't even show his first miss, the one that could've gotten him off the green with a par.

After the fourth putt, Els stared at the ball with a disbelieving smile. By the end, he let his frustration get the best of him, making a half-hearted flick at the ball with one hand on the club from less than a foot away. Naturally, it lipped out, leaving him with a double-figure debacle and 17 more holes to play.

This one would've been tough to take for a weekend duffer.

Imagine how a guy who has won four major titles must've felt, though it wasn't the first time Els has come down with the yips at a major championship.

At the first hole of the 2014 British Open, Els struck a spectator in the face with his opening tee shot and was still shaken when he got to the green. He missed a 1-foot putt, and then missed again when he carelessly tried to back-hand the ball into the hole.

But that was only a triple-bogey.

This was much worse.

The sequence was so far-fetched, the high-tech shot tracker on the Masters web site couldn't handle it. The system at first showed only seven shots for Els, went down temporarily, and finally returned with all 10 shots logged in. Apparently, no one had planned on a professional golfer needing that many strokes on one hole.

For Els, it was a far cry from his start a year ago, when he opened the Masters with a 5-under 67 that left him only three strokes behind eventual winner Jordan Spieth.

There was no chance of Els shooting a 67 this time around.