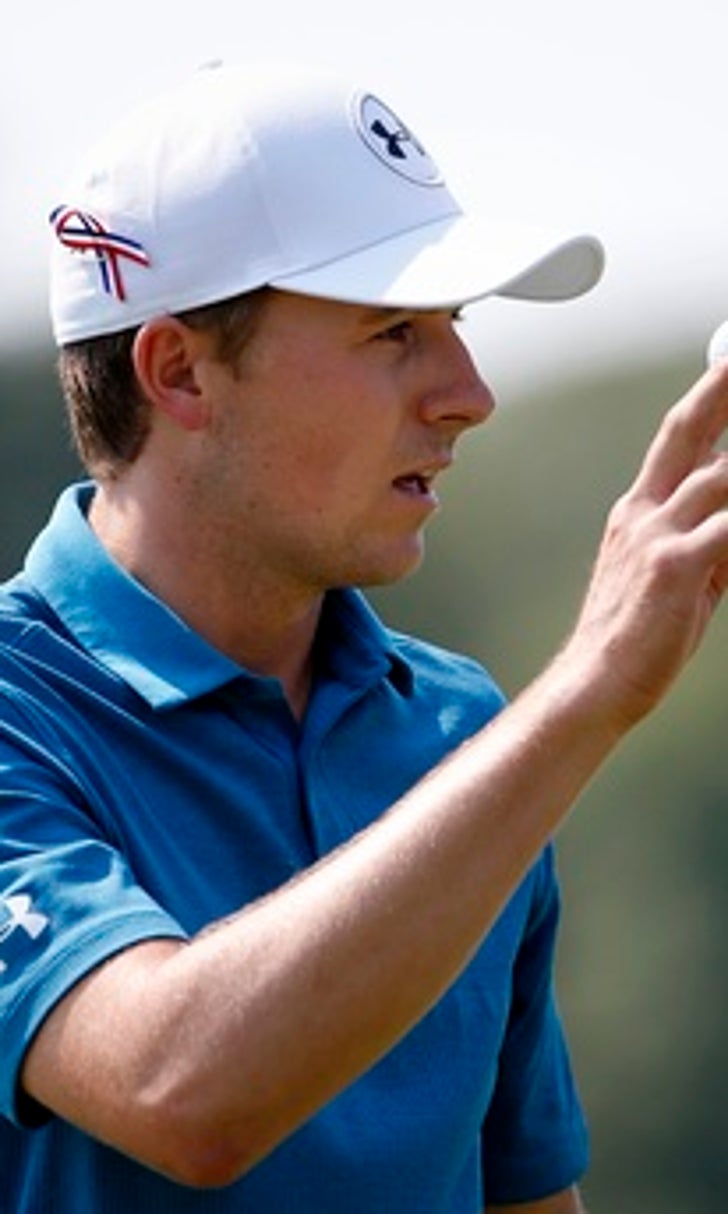 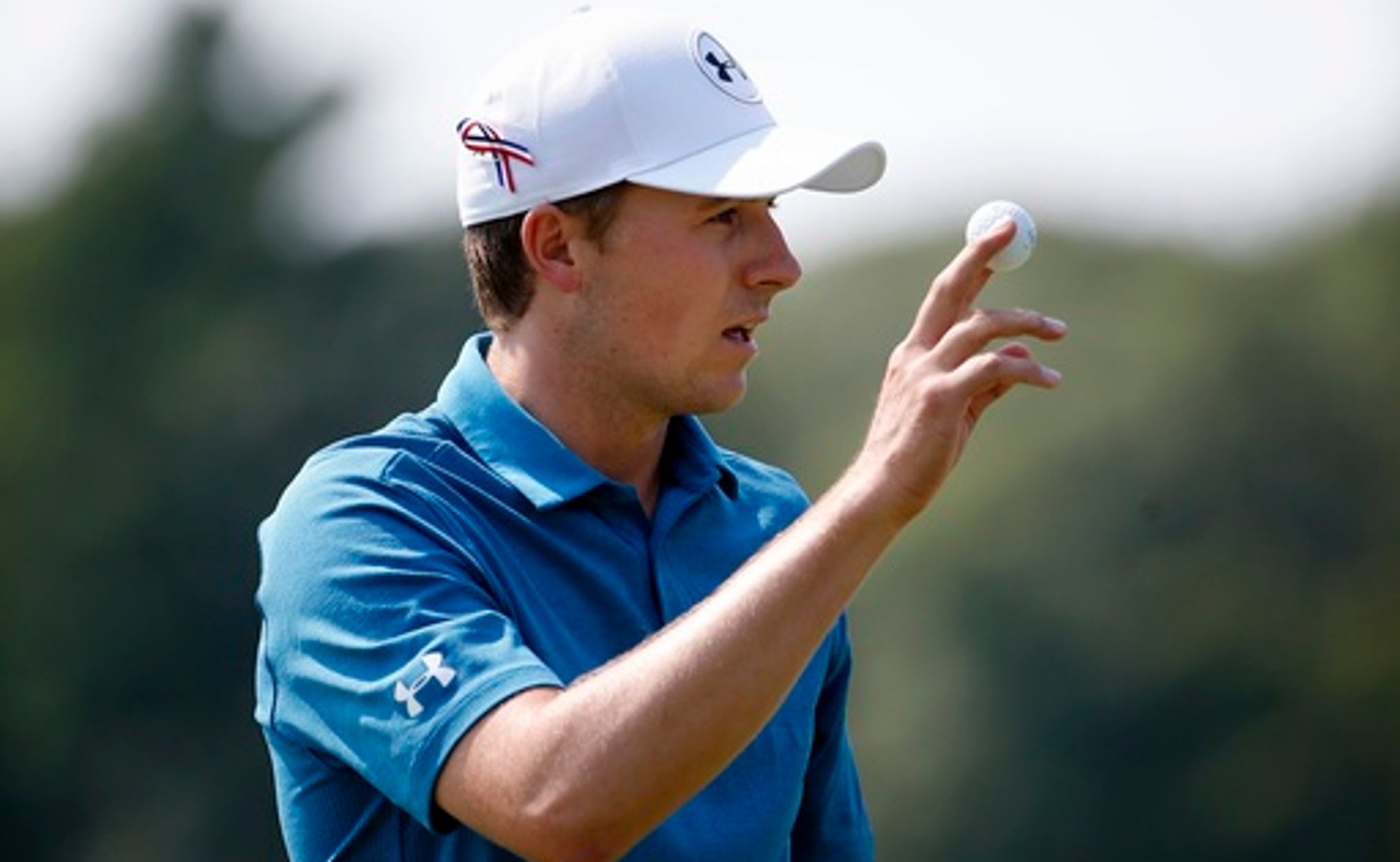 It's been that way for 10 years, ever since they met on the practice range before the final round of the Junior All-Star at Walnut Creek southwest of Dallas in the spring of 2007. They were 13 and tied for the lead after each opened with a 68 on the 6,385-yard course.

''I just remember he came up and introduced himself on the range because we were in the final group,'' Thomas said. ''So I thought that was cool. And he beat me that day. I think I finished third, I don't know, second. I didn't play very well. That was the first time we met.''

It was a home game for Spieth, who grew up in Dallas. He made his American Junior Golf Association debut that week, shot 71 in the second round and won by five shots over Thomas and two others. Thomas, the son of a club pro in Kentucky, was so short back then he had to use a fairway metal to reach the longer par 4s.

''He traveled in and we battled it out on Sunday, and I edged him out that day,'' Spieth said.

They battled all summer until both were selected to represent the United States in the Evian Masters Junior Cup in France. They played during the day and clowned around at night. This time, Thomas got the best of him and finished second in the boys' division. That earned him a spot in the Evian Masters pro-am with Juli Inkster. Spieth tagged along as his caddie.

This is the kind of banter that allowed their friendship to develop through their junior years and into college, even to the point where they shared a sixth-grade math teacher as their caddie at USGA events. Michael Greller now works for Spieth because Spieth turned pro first.

This is not Tiger Woods and Phil Mickelson, except that they hate losing to each other.

They are not yet rivals.

That might change if Thomas keeps winning. He picked up his fifth victory of the season when he won the Dell Technologies Championship by three shots over Spieth on Monday. This came three weeks after Thomas won his first major at the PGA Championship, the major Spieth needed to complete the career Grand Slam.

''We grew up together,'' Spieth said. ''You grow up and you watch each other work from when you're 14 years old. We roomed together when we were 14 years old. He's one of my best friends in the whole world. Phil and Tiger, if you're going to use that as an example, they didn't grow up together, room together, all that stuff, stay in touch through college and play in the same tournaments.

''We can share experiences with each other that we can't really describe or explain to anybody else that's our age - or very few, I should say - and it creates a unique relationship.''

The Dell Technologies Championship was not a duel between Thomas and Spieth. Marc Leishman had as much of a chance to win at the TPC Boston as anyone, leading by two shots at the turn until he ran out of birdies and ran into trouble. Spieth was tied for the lead with five holes to go until he fell back with a bogey and never caught up. Thomas surged ahead with two birdies and a key par save on the 16th hole.

It felt like a duel only because Spieth and Thomas go so far back.

Spieth left Texas after three semesters, had no status on any tour in 2013 and finished the year as the youngest American to play in the Presidents Cup. Thomas turned pro in the fall of 2013 and took a year to get his PGA Tour card.

One year made a big difference.

By the time Thomas finished his first year on tour, Spieth already had won the Masters, U.S. Open and the FedEx Cup and rose to No. 1 in the world. At the start of this season, Spieth had 11 victories, over $25 million in earnings and had played in the Ryder Cup and Presidents Cup two times each. Thomas had one victory and last played on a team when Alabama won the national title the year Spieth turned pro.

They once were close as players. They suddenly felt far apart, at least when it came to the size of the trophy case.

''I feel like we're a very similar caliber of player, and I just got a couple years head start,'' Spieth said.

Spieth still has 11 victories on the PGA Tour and three legs of the Grand Slam. Thomas now has six victories and one major.

It's hard to call them rivals because Spieth has been at a high level for five straight years, including this one - three victories, including the British Open, and he has the lowest scoring average on the PGA Tour. Along with 11 career tour victories, Boston was his 12th runner-up finish.

It's no less amazing to think back to that practice range where two 13-year-old kids first shook hands. Could either have imagined that 10 years later they would have 17 tour victories and the Grand Slam between them?