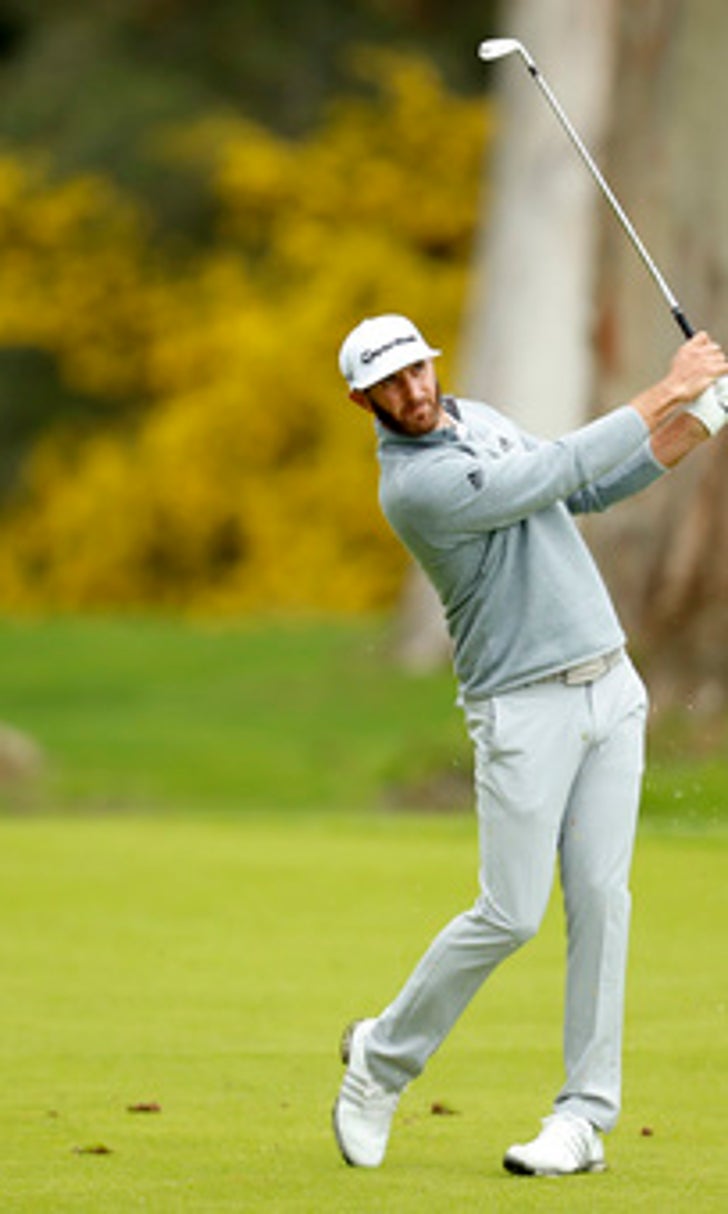 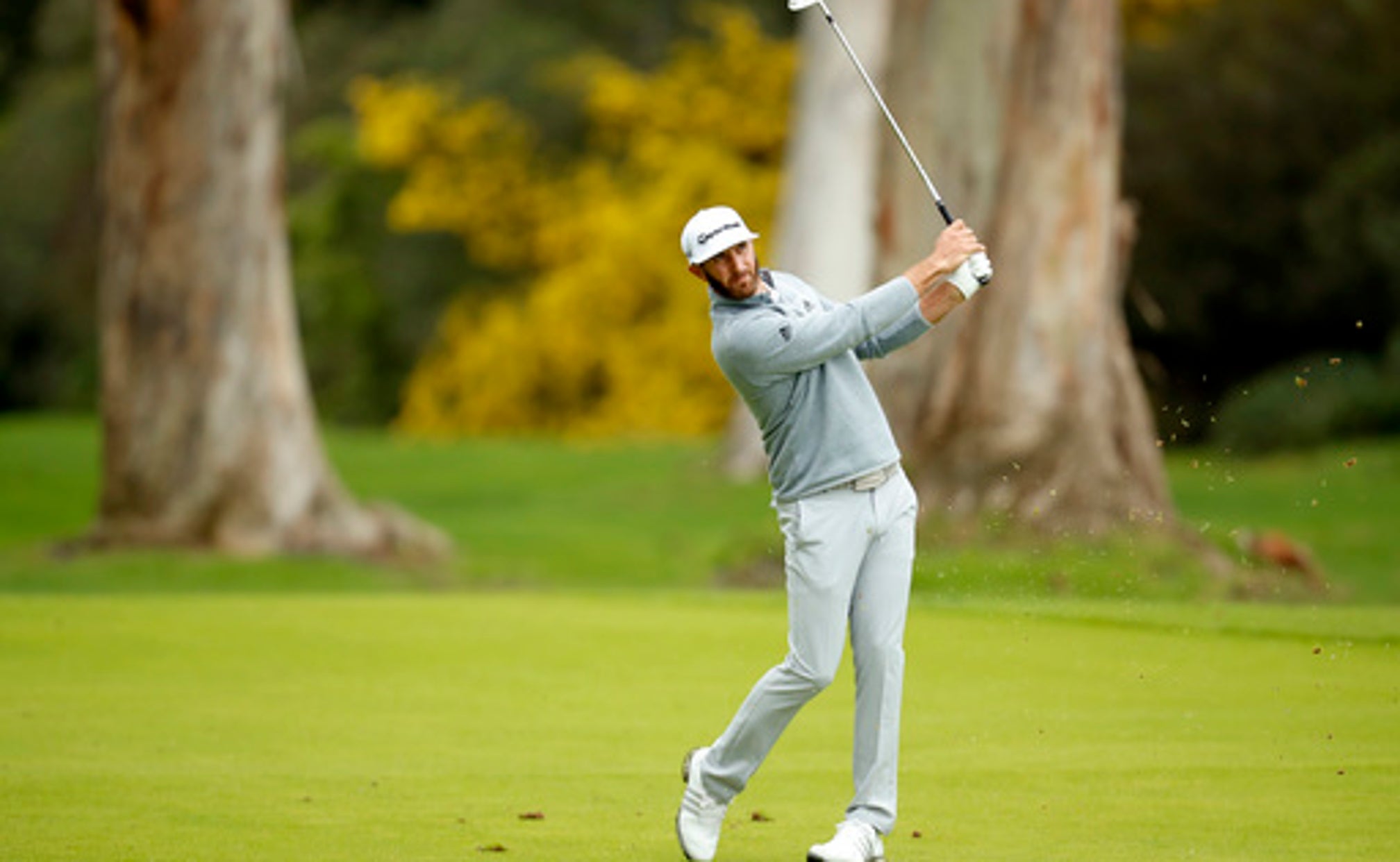 Dustin Johnson goes to No. 1 with big win at Riviera

LOS ANGELES (AP) Dustin Johnson's raw talent and a trophy case that keeps growing allowed him to believe he was the best player in golf.

Now he can say it.

Even if he doesn't understand the math involved with being No. 1.

Johnson extended a remarkable run, which began with his first major at the U.S. Open last summer, with a five-shot victory in the Genesis Open that was never in doubt Sunday. That elevated the 32-year-old American to No. 1 in the world for the first time.

Johnson doesn't spend a lot of time crunching numbers, especially the computations for the world ranking. But he said he would look at it first thing in the morning.

In a 36-hole Sunday brought on by weather delays at Riviera, all it took was five holes to put Johnson in charge. He finished the third round in the morning with three straight birdies for a 7-under 64 to build a five-shot lead. He started the final round with two straight birdies and eventually stretched his lead to nine shots.

He went 49 straight holes without a bogey.

Johnson didn't know he was in range of the 72-hole scoring record at Riviera that dates to 1985, the longest standing on the PGA Tour schedule. He wasn't thinking about reaching No. 1 in the world. All he cared about was winning at Riviera, one of his favorite courses where he had four chances to win in the last five years.

Johnson, who made three meaningless bogeys over the last 10 holes for an even-par 71, became the 20th player to reach No. 1 since the world ranking began in 1986. He ended Jason Day's 47-week stay at the top.

''He deserves it because he's been playing great golf,'' Day said.

Johnson won for the fourth time against some of golf's strongest fields in the last eight months - the U.S. Open at Oakmont, a World Golf Championship at Firestone, a FedEx Cup playoff event at Crooked Stick and the best field so far this year at Riviera. He has finished no worse than third in eight of his last 16 tournaments.

''No surprise to us players, and I don't think too much surprise to many others,'' Jordan Spieth said.

And it's not a surprise to Johnson.

Asked if he ever looked at himself as the best in the world even without the No. 1 ranking, Johnson smiled and said, ''All the time.''

He heard it, too, as the gallery on the hill surrounding the 18th green began chanting, ''No. 1.''

Johnson finished at 17-under 267. Lanny Wadkins won at Riviera in 1985 at 20-under 264. Johnson said he didn't know what the record was, and once he made the turn with a seven-shot lead, he started playing away from trouble and at the middle of the greens.

''I didn't finish the last 10 holes the way I'd like to, but I had a pretty good lead. I was on cruise control,'' Johnson said.

Thomas Pieters of Belgium and Scott Brown tied in the other tournament. No one had a chance to win as soon as Johnson began the final round with two straight birdies, but Pieters closed with a 63 and Brown shot a 68 to share second place at 12-under 272.

That's a big step for Pieters to earn a PGA Tour card, and it assured him a spot in the next two World Golf Championships. Cameron Tringale, who played the final 36 holes with Johnson, also was at 12 under until a double bogey on the final hole dropped him to a tie for eighth.

PGA Tour rookie Wesley Bryan shot a 63 in the third round Sunday morning and got within two shots of Johnson, but only until Johnson finished off the third round with his stretch of birdies. Bryan shot 72 in the afternoon and tied for fourth.

Bryan went to the same high school as Johnson - Dutch Fork in South Carolina - though he played most of his golf with Johnson's younger brother, Austin. He has seen enough of Johnson to realize this was inevitable.

''Honestly, I'm surprised it took so long for him to get to No. 1 in the world,'' Bryan said. He's got all the talent that you could ever want in a golfer.''

Pat Perez saw it all day. He also was in the final group for the last 36 holes, and on the ninth tee, Perez stood to the side as Johnson's tee shot was headed for a bunker. Johnson dipped his knees and urged it to cut, as if that mattered - it cleared the sand by some 20 yards.

Perez shook his head, smiled. Later in the final round, Perez was standing behind the 10th green when he said, ''The guys hits it 40 yards by me, hits his short irons great and makes 30-foot putts. What do you?''