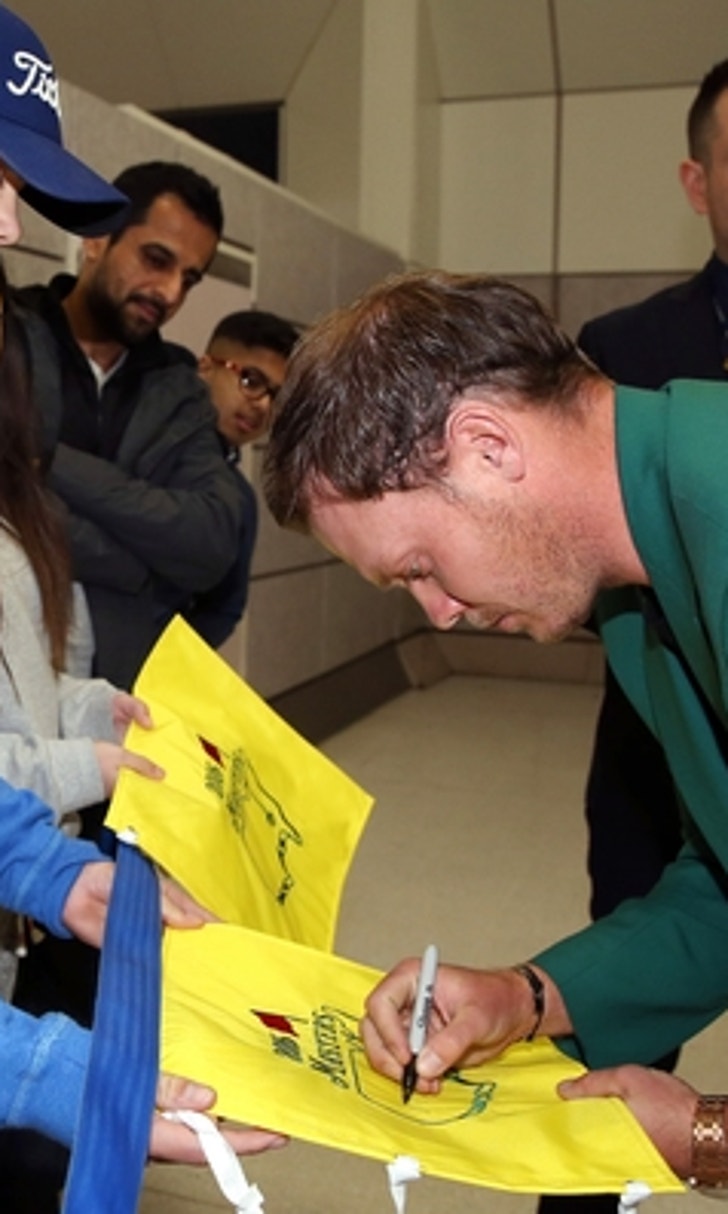 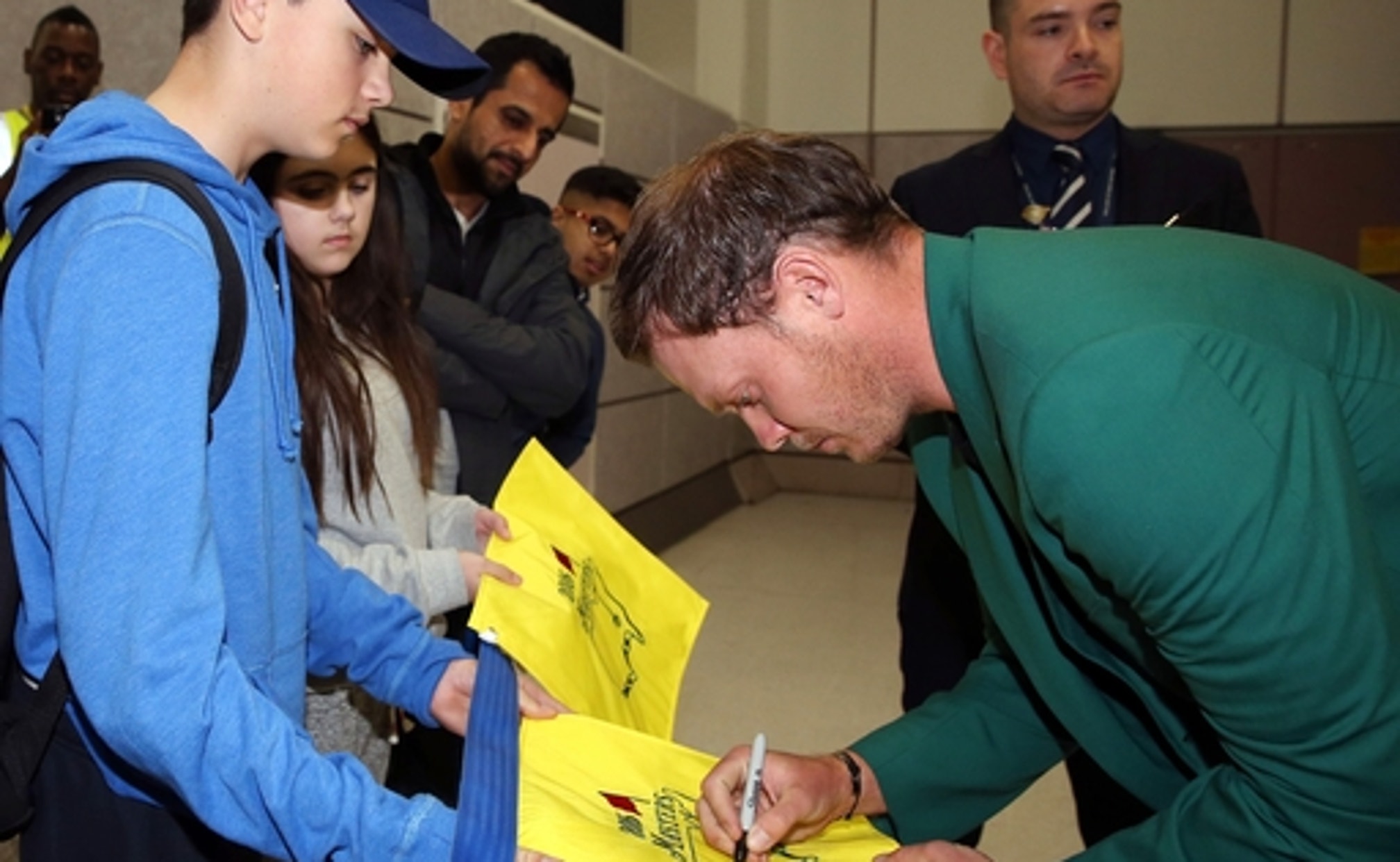 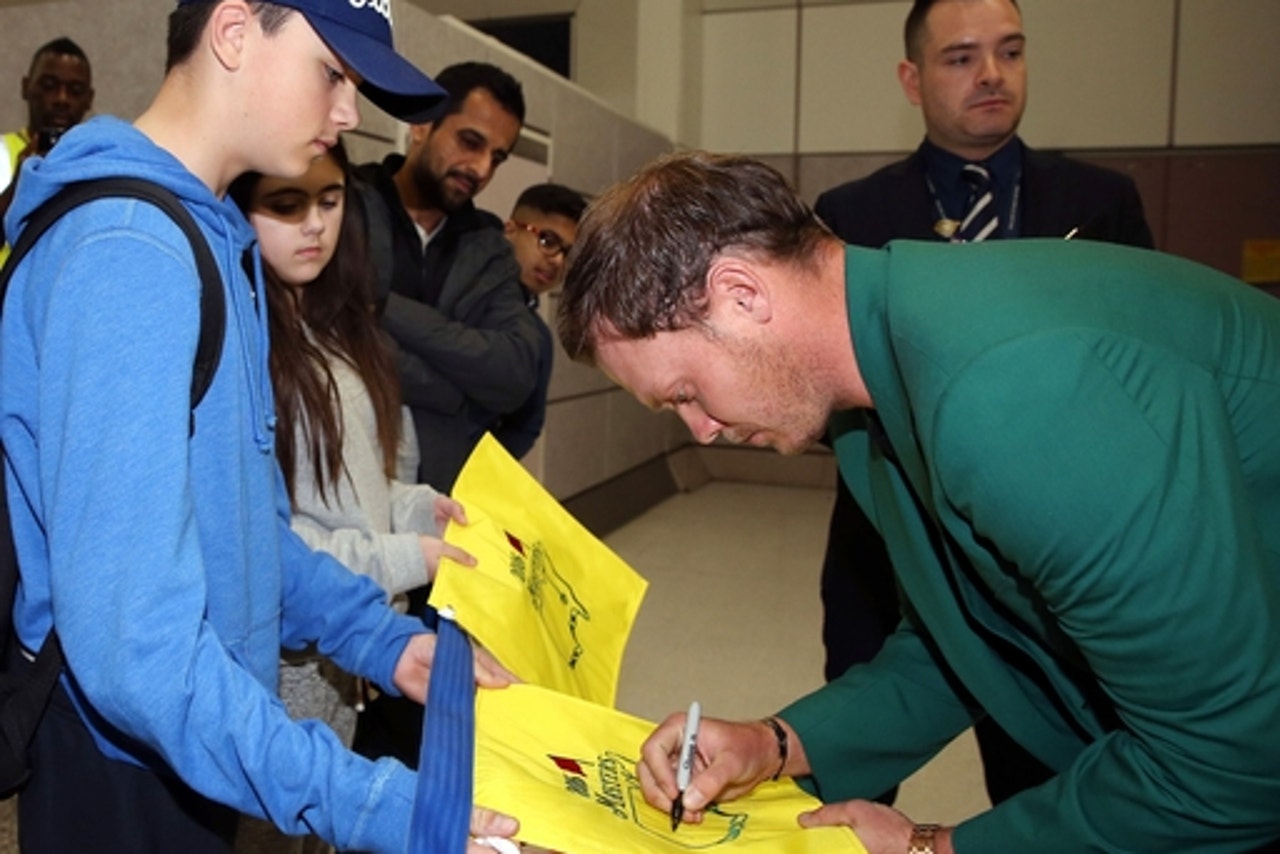 MANCHESTER, England (AP) Danny Willett's journey to the green jacket began 16 years ago when he signed up with some of his friends to an inner-city golf scheme, designed to get kids off the street and give them something constructive to do.

Four thousand miles from the perfectly manicured greens of Augusta National, these sessions took place amid a gritty housing development in Sheffield, northern England, with run-down homes all around. It was a rough part of a city weighed down by the decline of its steel industry.

Willett, about 12 at the time, had just been introduced to golf through his father on a family trip to Wales. But it was on the municipal course at Birley Wood where he would put in the hours to really learn his future trade.

Peter Ball, Willett's first coach, told The Associated Press that the future Masters champion became devoted to the sport from a young age.

''The most noticeable thing was in the winter when he was getting better, he'd stay there until it was absolutely pitch black, chipping and putting under the lights of the club,'' Ball said. ''I'd said to him, `It's pitch black, freezing cold, you should really be going home.'

''His ability to work was incredible.''

Willett was one of hundreds of local kids to come under the stewardship of Ball, but this youngster clearly had something special.

Some four years later, Willett quit college after just a month and headed to Jacksonville State University in the United States, where he dedicated his life to golf.

On Tuesday, he was returning to Britain as the country's latest sporting superstar, having won the Masters for his first major championship title.

''He's a nice, lively young man,'' said Ball, who spoke to Willett soon after he'd donned the green jacket in Butler Cabin on Sunday. ''I'm very proud of what he achieved.''

Ball remembers Willett having a ''nice family around him,'' and that family has been thrust into the limelight in Britain since Sunday.

Willett's father, Stephen, is a vicar and his mother, Elisabet, is a Swedish-born mathematics teacher. They have recalled allowing Danny to miss school and taking him to the golf course to let him play until late evening as a teenager.

''He used to write the most appalling excuses for school,'' Elisabet told the BBC.

The down-to-earth Willett remains close to his parents. As recently as last year, when he was contending at the British Open, he told reporters eager to know more about him that he liked nothing better than walking his dog and having dinner at his parents' house.

While Willett was putting together the round of his life on Sunday at the Masters, his brother, Paul, was becoming an unlikely star on Twitter and occasionally giving some insight into his relationship with his sibling.

''3 putt this & you might as well stay in Augusta,'' Paul tweeted, as Danny finished off his round. He had earlier posted: ''If the boy does what he should, I will be able to say `I've shared a bath with a Masters winner' - brilliant.''

The tweets were shared widely, and Paul Willett briefly became something of a celebrity.

But it's nothing on the scale of his brother's fame.

Danny Willett is not just a major winner but also a new dad. His son, Zachariah, was born shortly before the Masters started. Speaking to reporters at Manchester airport on Tuesday after flying in from New York, Willett - still in the green jacket - said he is looking forward to some family time.

''Get home, put the kettle on, and change some nappies,'' Willett explained of his immediate plans.

''I'm looking forward to spending time with (wife) Nicole and the little man. It's been a tough week, obviously, leaving him when he was only just born.''

The Lord Mayor of Sheffield, Talib Hussain, said the city will hold a civic reception in Willett's honor and will award him a star on Sheffield's ''Legends'' walk of fame, on the pavement outside the Town Hall. It will take pride of place alongside other famous names from the city, including 2012 Olympic heptathlon gold medalist Jessica Ennis-Hill.

''We are incredibly proud of Danny's achievements, especially considering he started his golfing career on one of our council golf courses,'' Hussain said.