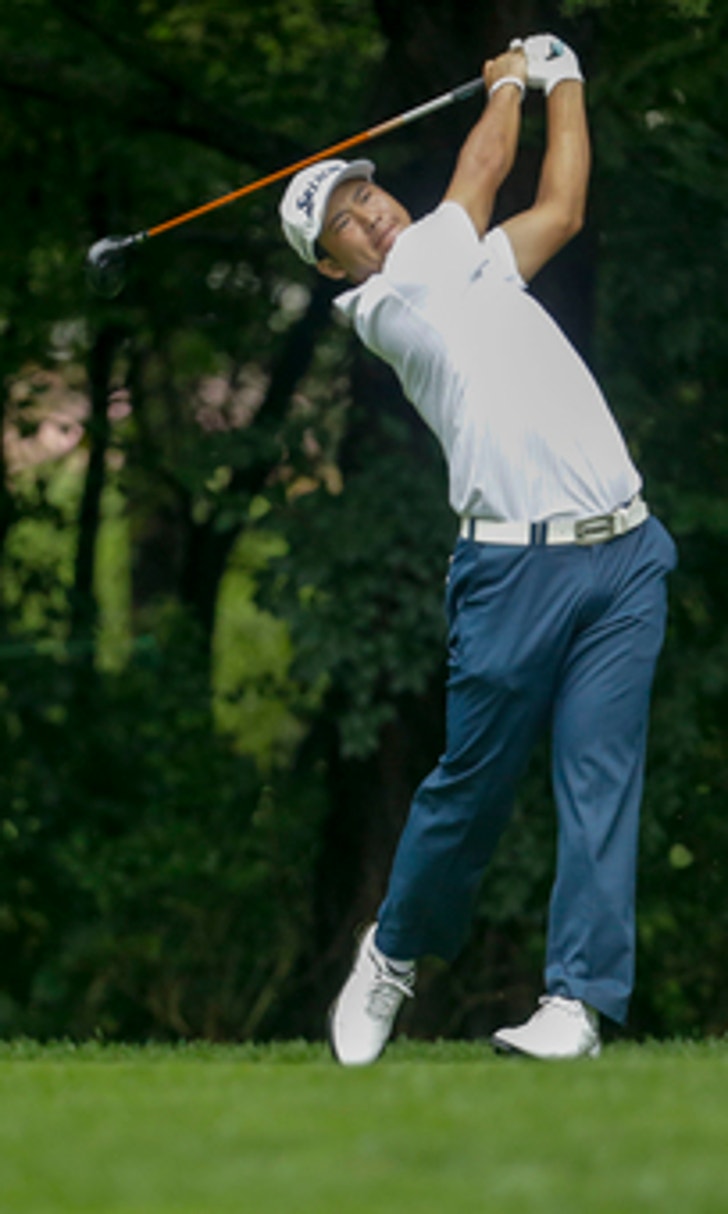 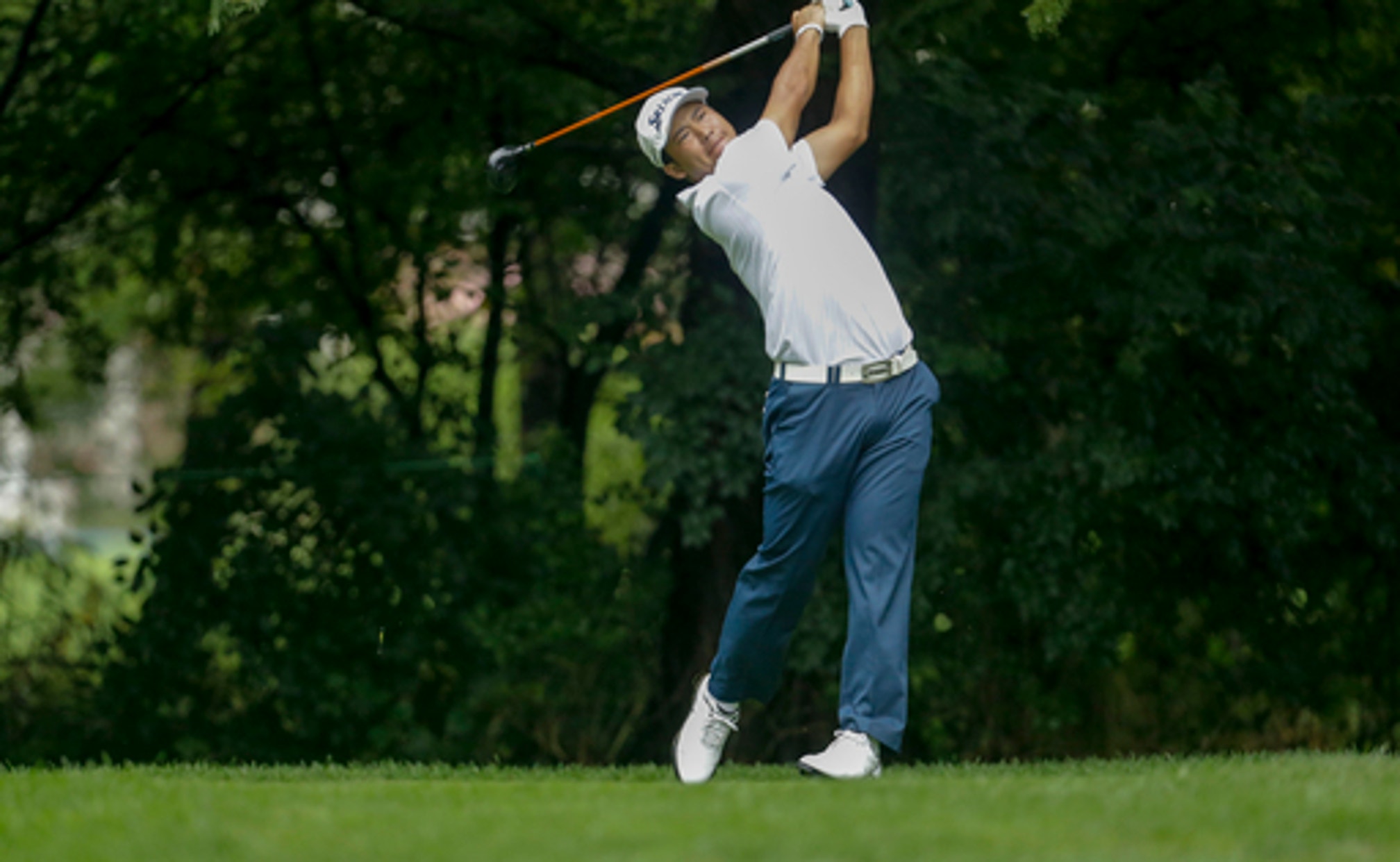 Castro takes first step in going home with a purpose 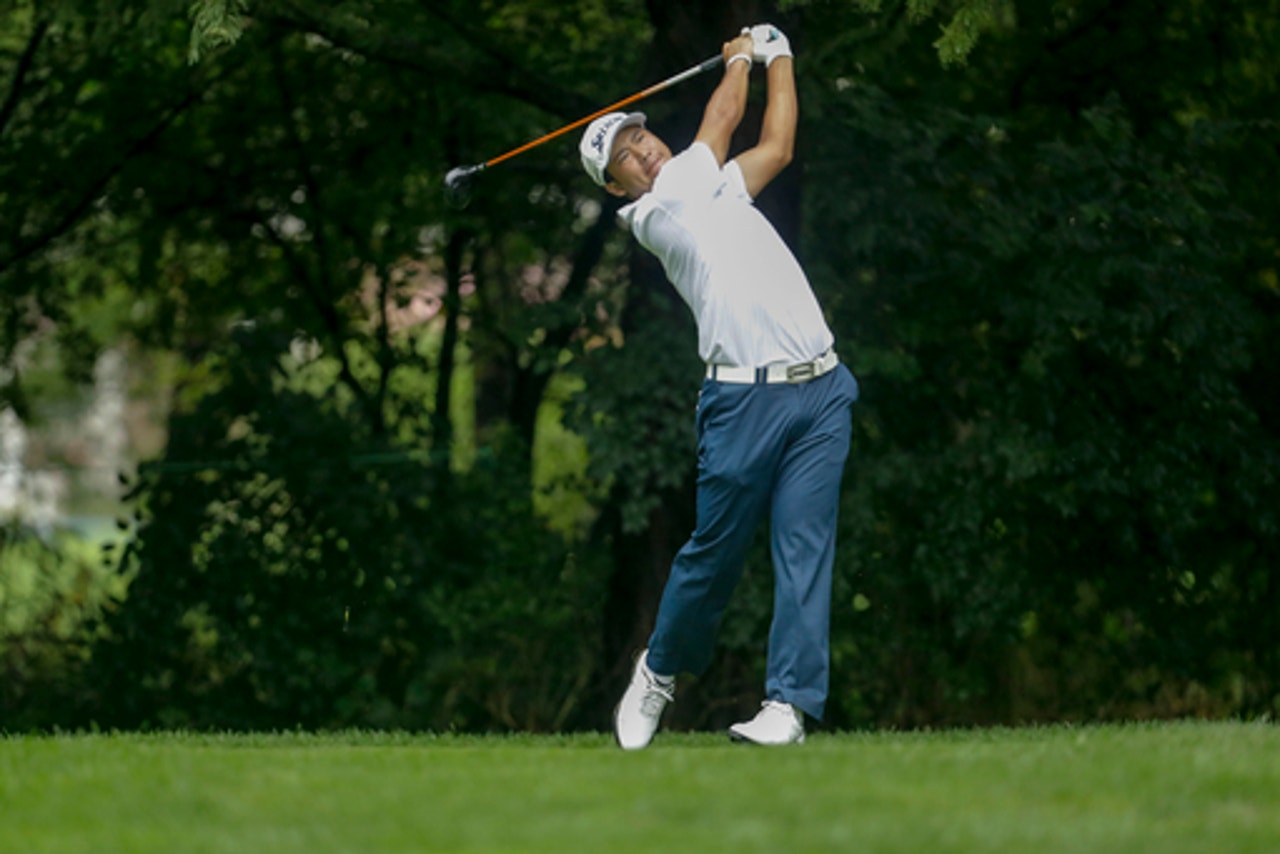 CARMEL, Ind. (AP) Regardless of how the BMW Championship turns out, Roberto Castro is headed home for Atlanta for the next few weeks.

He wouldn't mind teeing it up at East Lake during his short break.

Castro took a soggy step in that direction Thursday when he opened with a 7-under 65, giving him a one-shot lead among the 33 players who managed to finish the opening round at Crooked Stick because of the 3+-hour storm delay.

Castro went to Georgia Tech and lives about 15 minutes away from East Lake, site of the FedEx Cup finale at the Tour Championship where everyone in the field has a mathematical shot at the $10 million bonus and is assured a spot in the Masters, U.S. Open and British Open.

There's a long way to go. Still, it was a good start.

''I told myself the last two weeks really to play like I had nothing to lose, and to make a bunch of birdies is a good way to start,'' Castro said. ''Sure, it's a hometown tournament for me. It's the hardest one to get to, unfortunately, but it's still a great tournament. I would love to be back.''

He won't find out until Friday if he's even leading the tournament.

STILL ON THE COURSE: Chris Kirk was on the driving range a short time after 5 p.m., still waiting to tee off. That was the result of the long rain delay that forced him to wait until just about 5:30 p.m. to even start the BMW Championship.

And then he was off and running. Kirk made five birdies on the front nine at Crooked Stick and made the turn in 5-under 31 when the horn sounded to stop play.

Hideki Matsuyama, Paul Casey and Adam Scott were at 4 under and on the back nine. Scott made a bogey on the final hole he played. Casey extended his good form from the TPC Boston on Monday, where he had the 54-hole lead and wound up runner-up to Rory McIlroy.

BOUNCING BACK: Brian Harman was No. 67 in the FedEx Cup last week and looked like he might lock up a spot in the Tour Championship when he was in the final group at the Deutsche Bank Championship, three shots behind Paul Casey. Instead, he closed with a 77 and wound up moving only 10 spots to No. 57.

He put that behind him quickly.

Harman ripped a fairway metal into 10 feet for eagle on the par-5 15th hole on his way to a 66, one shot behind.

CASTRO'S GOAL: Castro is among eight Americans at the BMW Championship who has yet to win on the PGA Tour, and the Georgia Tech grad knows enough math to realize that one round is the equivalent of 25 percent of the tournament.

Still, he can only hope for a repeat.

He is at No. 53 in the FedEx Cup and likely would need to finish fourth at Crooked Stick to have a chance.

The last time it held the BMW Championship in 2012, the week was filled with rain and a soft course. Now that it has the best in the world in town, more rain arrived. And what a difference it made.

Jason Day played a wedge out of the rough on the second hole, landed it some 30 feet short of the pin and watched it race across the green and into thick rough. After the delay, it was an entirely different golf course. Patrick Reed, who is leading the FedEx Cup, hit a short iron out of dense rough that plopped down 12 feet from the cup.

The course could be attacked, and that's what the players did.

TOP FIVE: The top 30 in the FedEx Cup after this week advance to the Tour Championship, but what really matters is being in the top five. Those are the players who would only have to win at East Lake to capture the cup and its $10 million bonus.

Jason Day is at No. 2, but he looked out of sorts in the first round by making three bogeys on the back nine for a 73. The biggest putt from Day was a 25-footer on the 17th hole for birdie, mainly because it allowed him to head over to the 18th hole and hit his tee shot, assuring his group would finish.

ON TAP: More bad weather was in the forecast, so the PGA Tour has opted to send threesomes off both tees to allow for a greater chance to finish the second round. With a 69-man field (Henrik Stenson) is not playing this week, there is no cut.