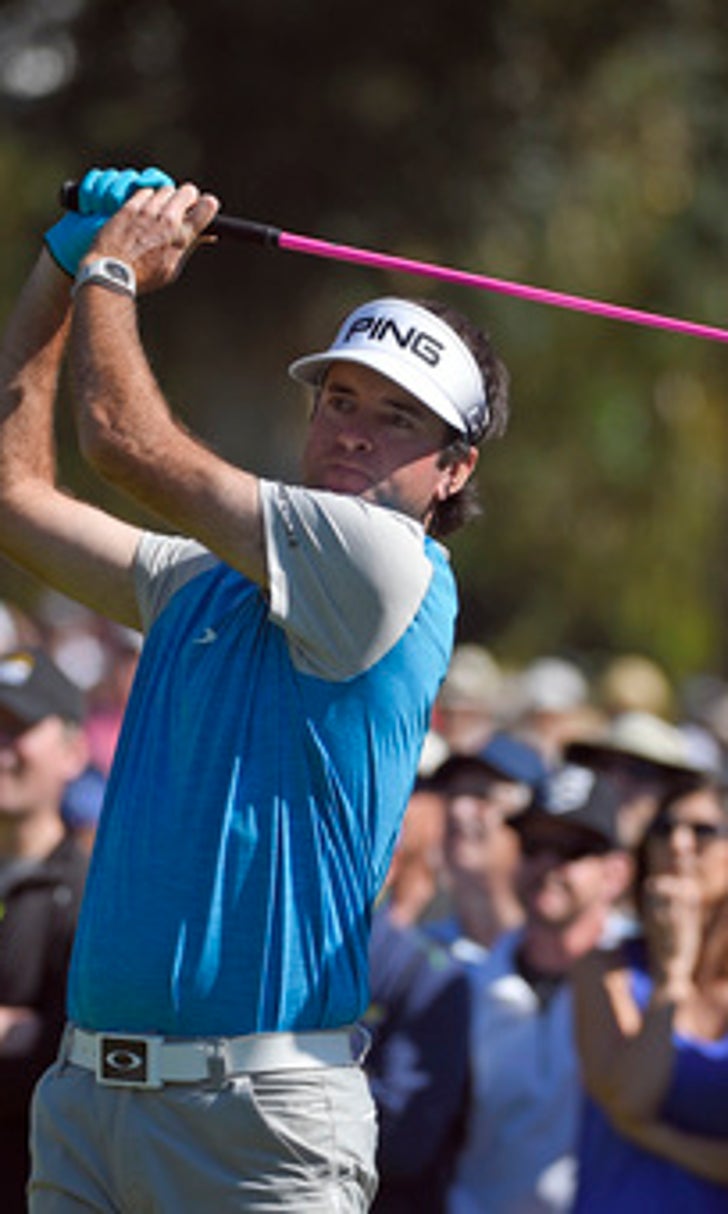 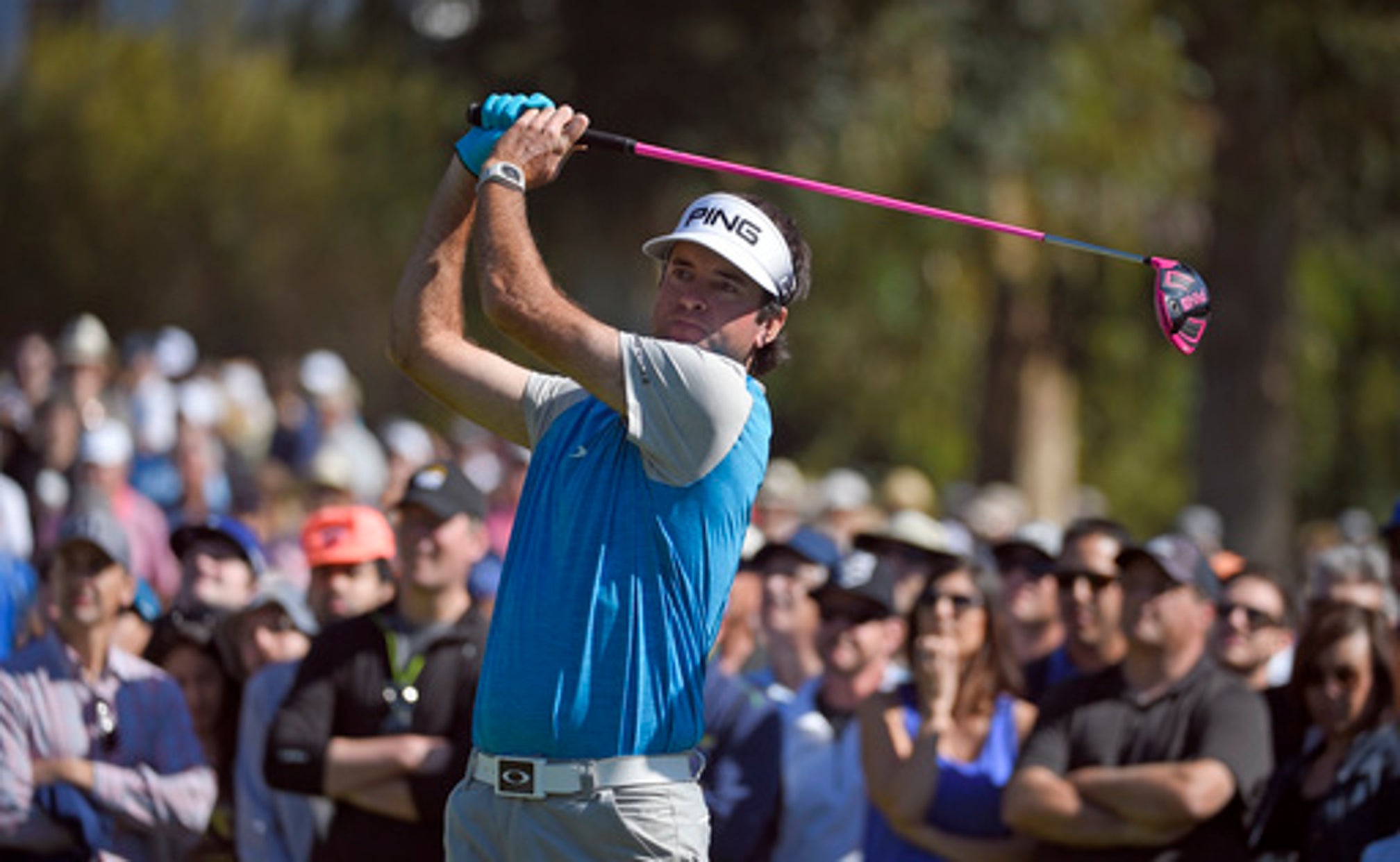 Bubba Watson more concerned with his head than his swing 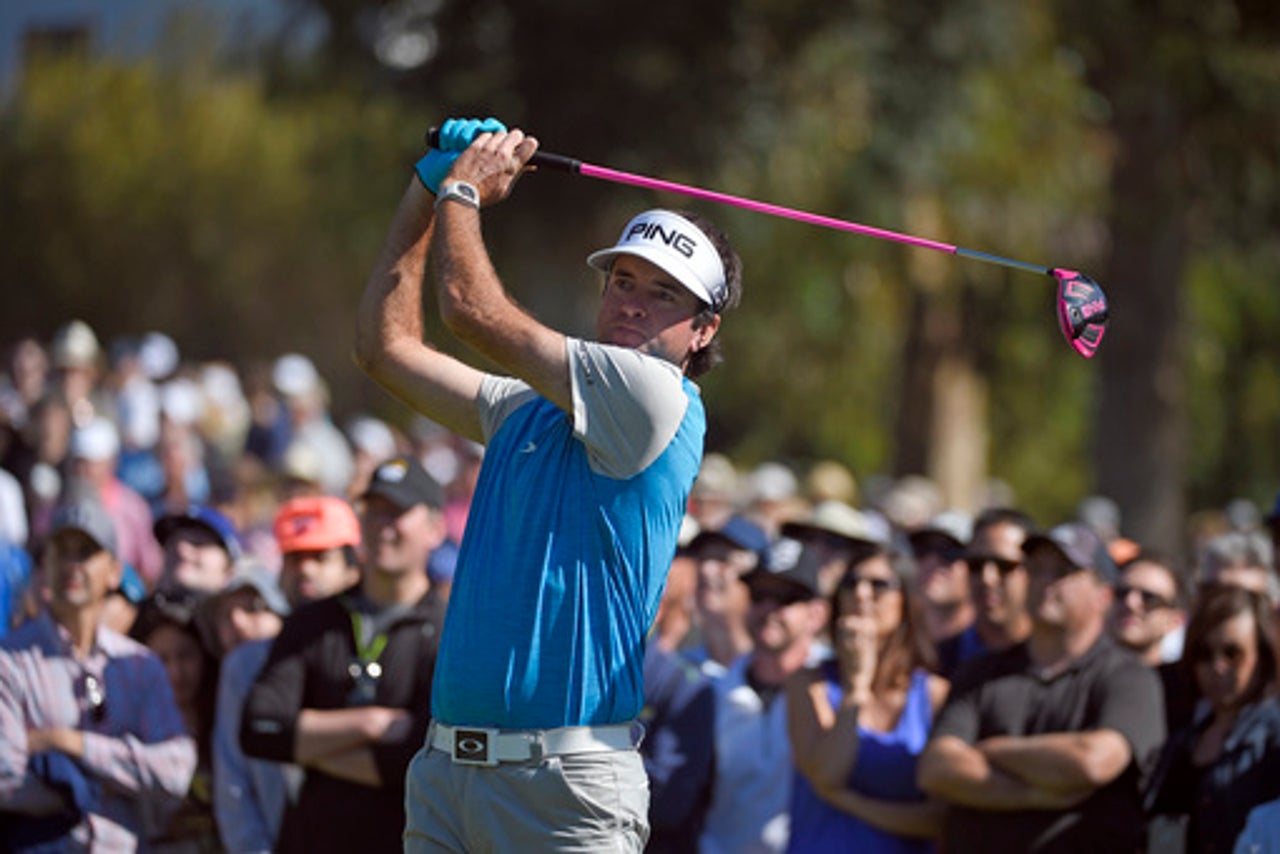 He hits a golf ball with so much natural ability combined with such an unorthodox style that it piqued the curiosity of Tiger Woods when Watson first got on the PGA Tour, and even now it's enough to cause his peers to stop and watch on the practice range.

His entourage has never included a swing coach. It's all Bubba.

''Some of the shots he hits are so creative. He really has his style of golf under control,'' Adam Scott said. ''I don't think you can teach it. He's just such a natural talent. Watching a guy hit 5-iron to four different greens on the range about 85 yards, 120, 170 and 240 is pretty fun to watch.''

Scott didn't have to watch him on Sunday, which was just as well because it might not have been all that fun for guys trying to beat him at the Northern Trust Open. Watson took the lead for the last time by swinging so hard that he nearly came out of his shoes on the par-5 17th. The ball traveled 334 yards up the hill, setting up a 2-iron that went 256 yards and led to a two-putt birdie. He wound up winning by one shot over Scott and Jason Kokrak.

He called it ''Bubba Golf'' when he won the first of his two Masters titles in 2012. Everyone knows what that is when they see it. It's just hard to describe.

The challenge for Watson is what goes on between his ears, and what occasionally comes out of his mouth.

Watson's life is filled with conflict. He rubs some players the wrong way by bragging about the value of his watch. But there are plenty of other moments of quiet charity, such as the time he walked into a tournament office and wrote a $50,000 check to help with tsunami victims in Japan without saying a word.

He doesn't like big crowds, but he couldn't leave Riviera fast enough Saturday night so he could get to the Clippers-Warriors game and be part of the celebrity scene. He says he doesn't like a lot of attention, but he is constantly posting videos of wild stunts and trick shots.

He is known for his prodigious tee shots, and one year at Doral he would turn to make sure fans were watching as he bashed tee shots to the back of the range. But then he refused to take part in a long drive competition at the PGA Championship two years ago.

Watson said is trying to get better, even though he accepts that he has flaws.

Most of the credit goes to his wife, Angie, and his caddy, Ted Scott, with whom he has worked for close to a decade.

The wisecracks come easily when a trophy is nearby.

''If Angie has changed as much as I have since the day Teddy met me in 2006, we'd call her the second Mother Teresa. You know what I mean?'' Watson said. ''Me, I'm just a loser. I started as an `F' and now I'm a D-plus. But me as a person has changed, and that's what is happening in my golf. Not the swing.

Watson wept when he won the Travelers Championship for his first PGA Tour title in 2010, and he nearly flooded the 10th green at Augusta National in 2012 when he beat Louis Oosthuizen in a playoff for his first major.

He doesn't cry as much anymore.

Yes, he still gets angry. One video that showed up on social media at the Hero World Challenge was Watson screaming at the ground to say, ''MUD BALL!'' after an errant shot caused by a speck of mud. It looks as though he is harping on Scott when shots don't go his way, but that was a product of a rant caught on TV a few years ago.

Watson said he was hurt by the verbal abuse he endured at the Phoenix Open two weeks ago, when he started his week by saying he didn't like changes to the TPC Scottsdale and that he was playing mainly for his sponsors that week. He felt his comments were misconstrued in a headline. Watson said he reads only the headlines, and he believes that's all anyone else does. He was booed so often Saturday in Phoenix that at least one player complained on his behalf to the tour.

Watson tries to pretend he doesn't care what people think or what they say.

''Deep down, the human side of me, yes, I'm pretty mad about it,'' Watson said. ''But I've got to get over it. I've got to be a better man. And with those comments, I've got to figure out how to answer things better. All the stuff going on in my head that we've been working on in the last 11 years of PGA Tour life, I've got to get better at it. I think I've made the right steps, but the bad stuff is going to pop out every once in a while.''

As for the golf?

The good golf pops out every now and again, and it's a spectacle to see.