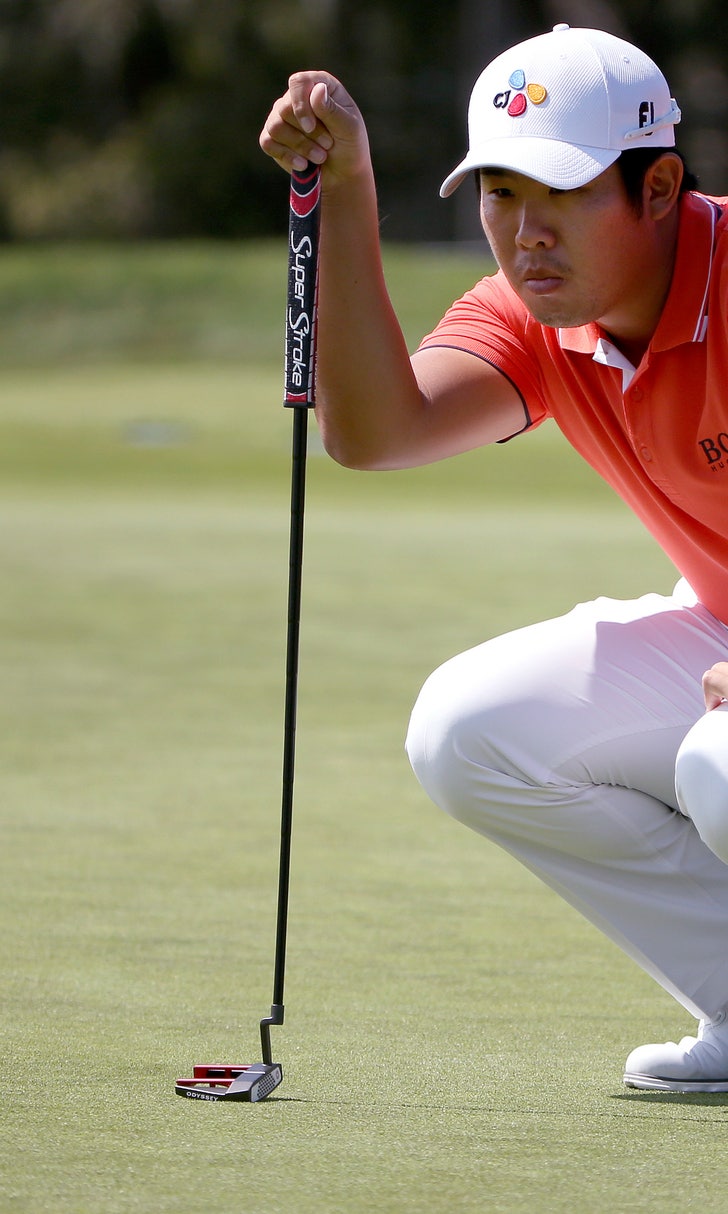 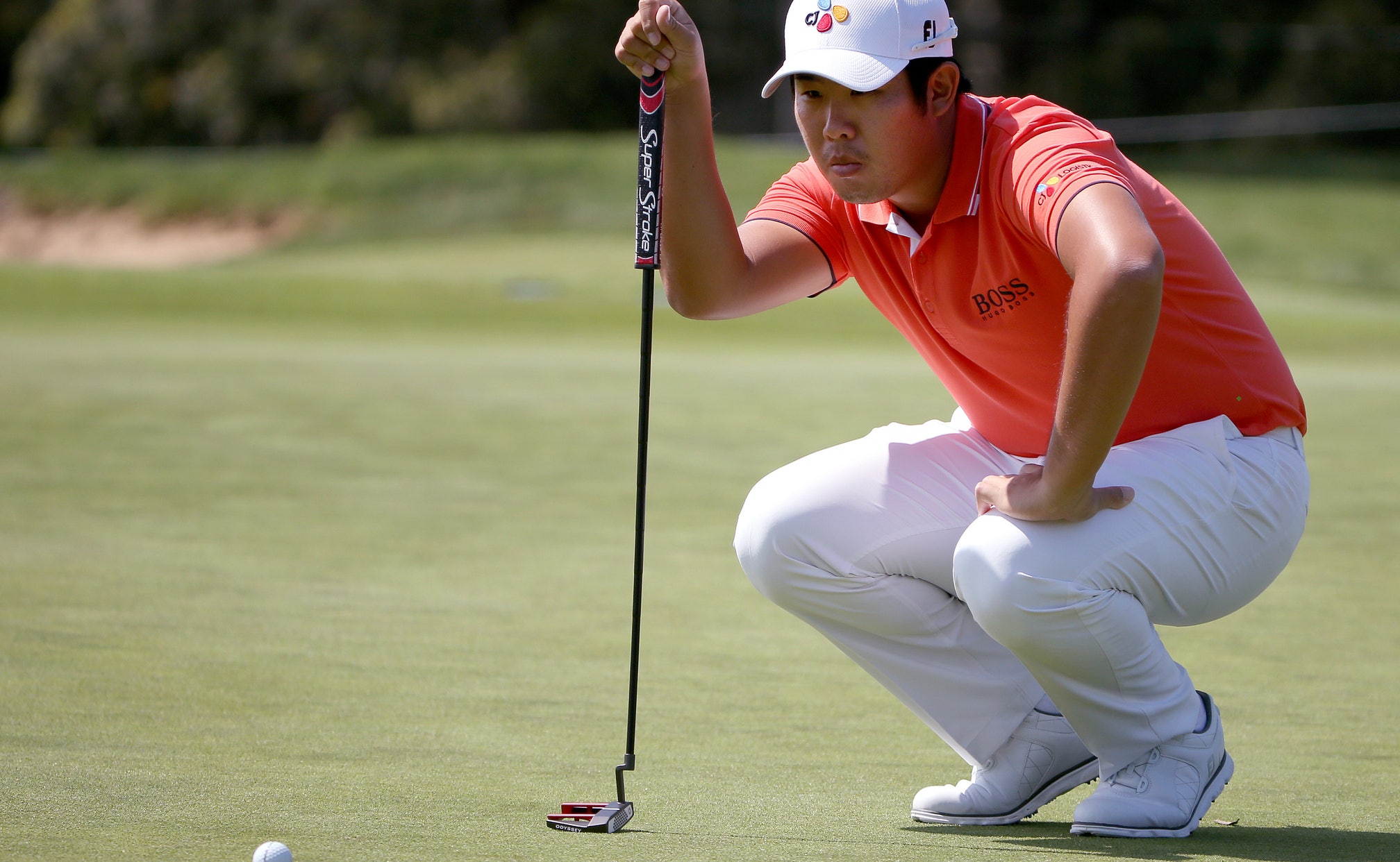 An takes 1-stroke lead at Australian Open with late eagle

SYDNEY (AP) — Byeong Hun An overcame four-seasons-in-one-day type weather to take a one-stroke lead after the first round of the Australian Open.

The South Korean's eagle on the par-5 eighth hole, his second-last of the day, gave him a 5-under 67 on Thursday at The Lakes.

Australians Matt Jager and David Micheluzzi, an amateur, were tied for second with 68s.

"It was weird," An said. "When I started, it was nice and sunny. Then got to the last hole and it came out of nowhere, it starts blowing a little harder and it started raining a little bit. So glad I finished before all this came."

He said his eagle putt came from about 25 feet.

"I hit a good drive and a 4-iron in ... then slightly uphill putt right to left and just perfect pace, perfect line, went down the middle."

As a 17-year-old, An became youngest winner of the U.S. Amateur title in 2009. He is the only son of former Olympic table tennis players An Jae-hyeong and Jiao Zhimin, who won medals for South Korea and China, respectively, at the Seoul Olympics in 1988.

But due to his big stature, he was never likely to be agile enough at his parents' sport.

"I wasn't that quick and (my parents) saw that I wasn't good enough to play table tennis, but (golf) turned out pretty good," An said.

Brandt Snedeker shot 74 while fellow American Brendan Steele took a 9 on the par-5 11th. That's the same hole where, seven years ago, John Daly plunked seven balls in the water before walking off the course.

Steele recovered for a 73 and Matt Kuchar, who picked up his first tour win in four years with a victory in last week's PGA Tour event in Mexico, shot 70. Keegan Bradley had a 72.

Kuchar said he might still be suffering from jet lag after his long flight from Mexico.

"The body may be just a touch on the weak side. Kind of feel like my legs are getting more and more under me as we continue on," Kuchar said.

Defending champion Cameron Davis of Australia was 7-over after two holes and shot 76.

The Australian Open is the first qualifying tournament for next year's British Open at Royal Portrush, with the top three players not already exempt earning spots.