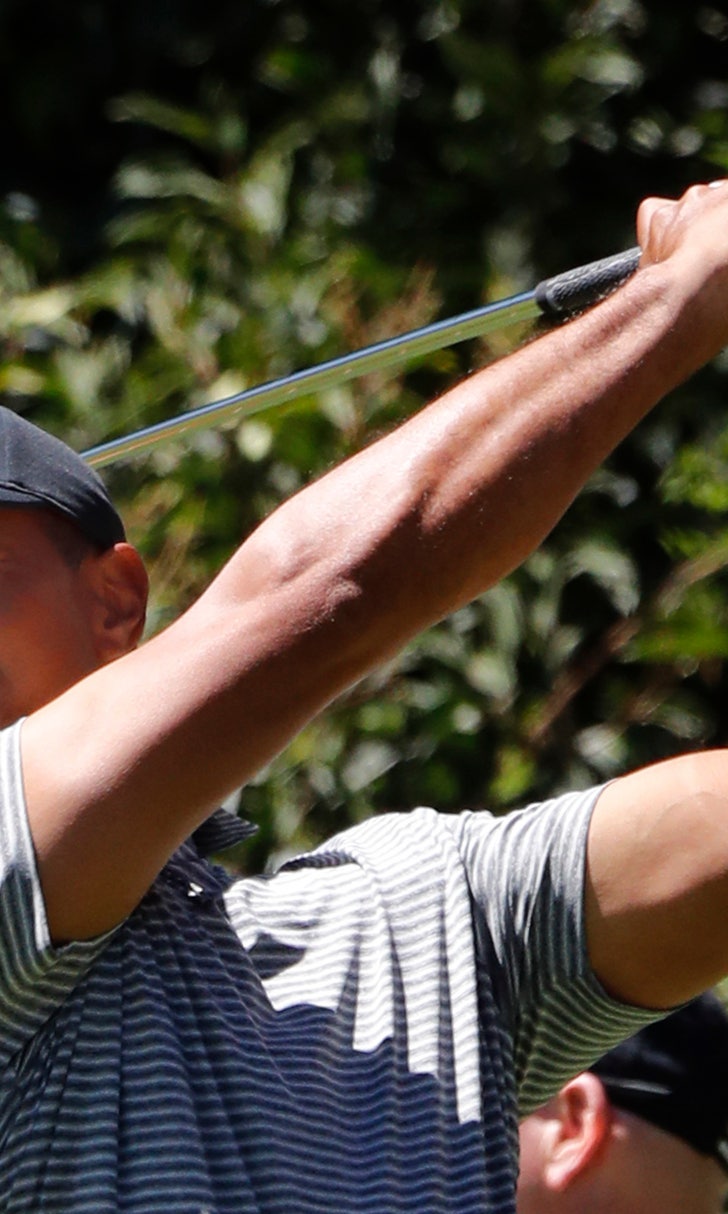 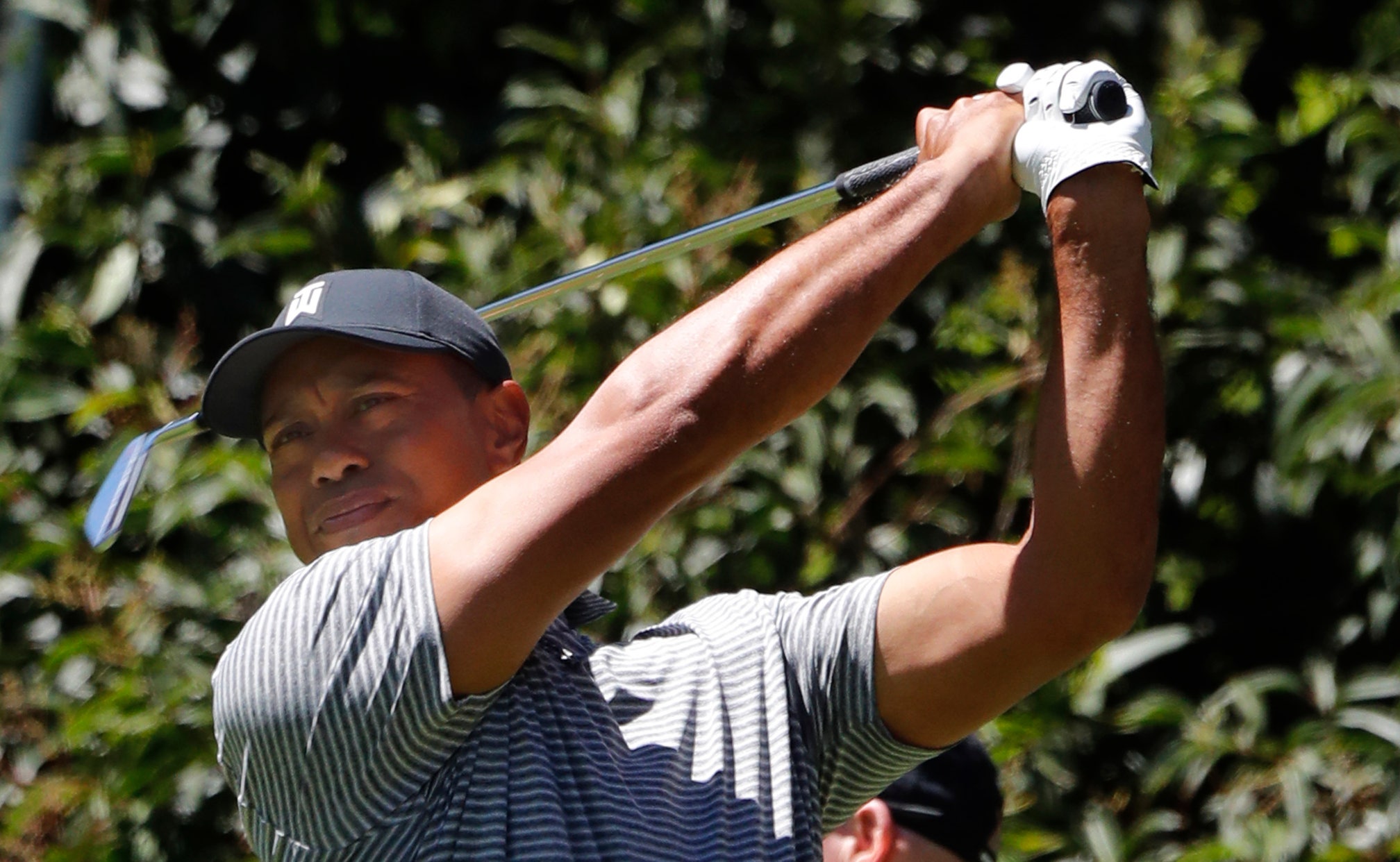 A new country, big excitement in Mexico over Tiger Woods

MEXICO CITY (AP) — Two small openings on both sides of a tree-covered path were packed with fans young and old, some with caps they wanted signed, others holding phones to capture the moment. They were screaming one word that translates in any language at the Mexico Championship.

Tiger Woods eventually walked by on his way to the range at Chapultepec Golf Club, and the volume got louder.

He is used to receptions like this wherever he goes, particularly since he made a full return to golf last year and ended the season with his 80th career victory. Take him somewhere new, such as Bellerive for the PGA Championship or Innisbrook for the Valspar Championship, and it can feel like a rock concert.

This World Golf Championship brings another element. This is his first competition in Mexico.

"I'm sure the energy will be up, people will be excited," Woods said Wednesday. "I think yesterday was a closed day, but there was a lot of people out there, a lot of members and a lot of kids that somehow didn't go to school. I'm sure it will be like that the rest of the week, and it will be a lot of fun for all of us."

It certainly will be an experience for Abraham Ancer, who will play with Woods and Bryson DeChambeau the opening two rounds.

The Mexican player with the best world ranking gets into the 72-man field. Ancer, who grew up just south of the Texas border in Reynosa, played last year at No. 260 in the world. Now he is at No. 61, knowing he has an outside shot at cracking the top 50 in the world to earn a spot in the Masters.

He said he idolized Woods and playing with him "will be something unforgettable."

If he stands too close to DeChambeau, that might be unforgettable, too. Mexico City is at roughly 7,800 feet altitude, though that depends on the definition of altitude, for DeChambeau mentioned 9,000 feet.

"Maybe," DeChambeau said with a grin. "It's more than just altitude. You could have an air pressure system that is like sea level coming through here and effectively change it. That's what I mean by that."

He also mentioned the slower decay of spin rate with no air resistance, but suffice to say the ball goes father this week for everyone.

Ian Poulter was preparing to hit driver on the 316-yard opening hole Wednesday when Dustin Johnson interrupted him.

"Isn't that going to fly over the green?" Johnson said.

Poulter looked up and replied, "I don't carry the ball 370 yards in the air."

Johnson played the front nine with Woods, and they were joined by defending champion Phil Mickelson and Jon Rahm. It was the final day of practice, and yet the right side of the fairway looked like Sunday at Chapultepec last year. That's the Tiger effect.

Mexico is the 21st country where Woods has competed, so he is used to the reaction from those seeing him for the first time.

Golf is still in its relative infancy in Mexico, though the appeal changes when one of the most recognizable athletes in the world is in town. Security has increased this year, most of that because of Woods.

Grupo Salinas took over sponsorship of this WGC in the summer of 2016, when Woods was recovering from two back surgeries. There was no guarantee if his game would get back, so news of his decision to play last week was massive for small sector of golf fans in Mexico.

"Tiger definitely moves the needle," said Benjamin Salinas, the CEO of TV Azteca and lead voice for Grupo Salinas at the Mexico Championship. "When he announced he was coming, ticket sales leaped tenfold. He moves Mexico."

Salinas announced two more chapters of The First Tee in Cancun and Puerto Vallarta, bringing the total to five chapters with the goal of one in every state. He said 100 boys and girls are involved, so it's a slow start. Next on his list of priorities is building public facilities, which at some point would require government help in a country that worships soccer, baseball and the NFL.

But they all know Tiger.

"This event goes a long way to showcasing what the possibilities are," Woods said. "After that, it's trying to get access, trying to get the kids. We can get them excited about the game, but it becomes problematic when the excitement doesn't really turn into participation."

Excitement doesn't appear to be an issue.

Woods hasn't play in altitude in 20 years, at Castle Pines outside Denver, so there are adjustments to make for the air and a new golf course to learn. Woods has a history of winning on courses familiar to him — 42 of his 80 victories on the PGA Tour have come on seven courses.