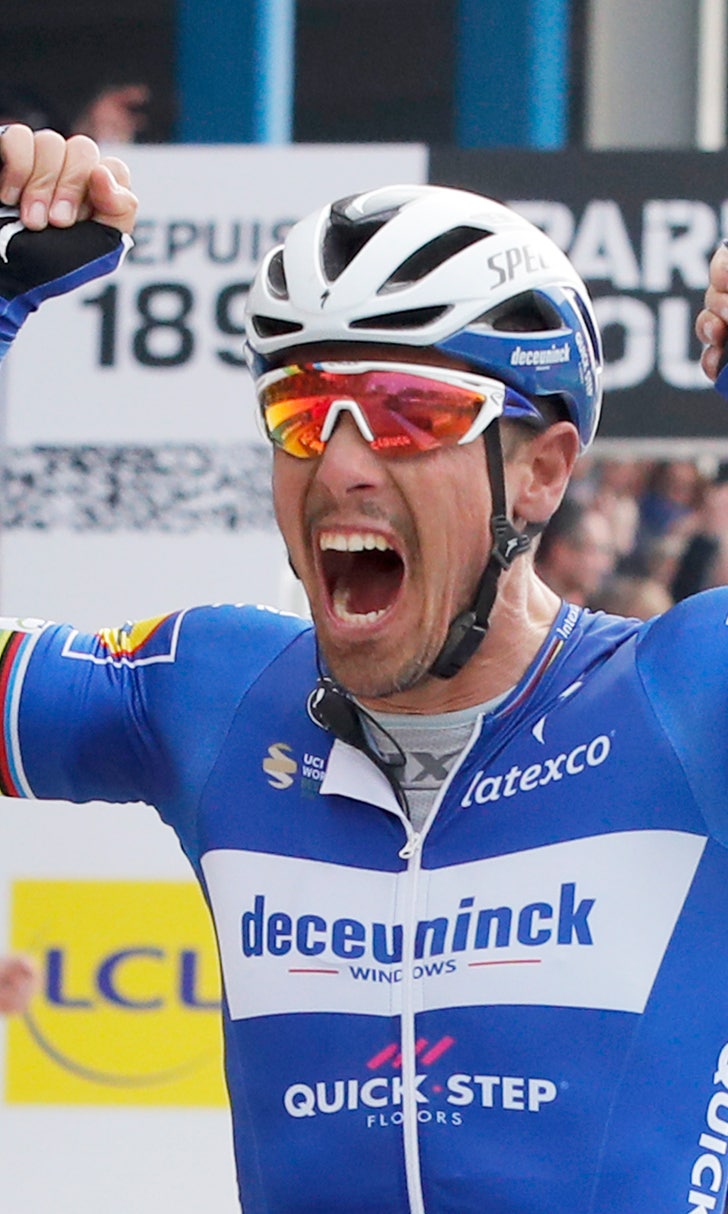 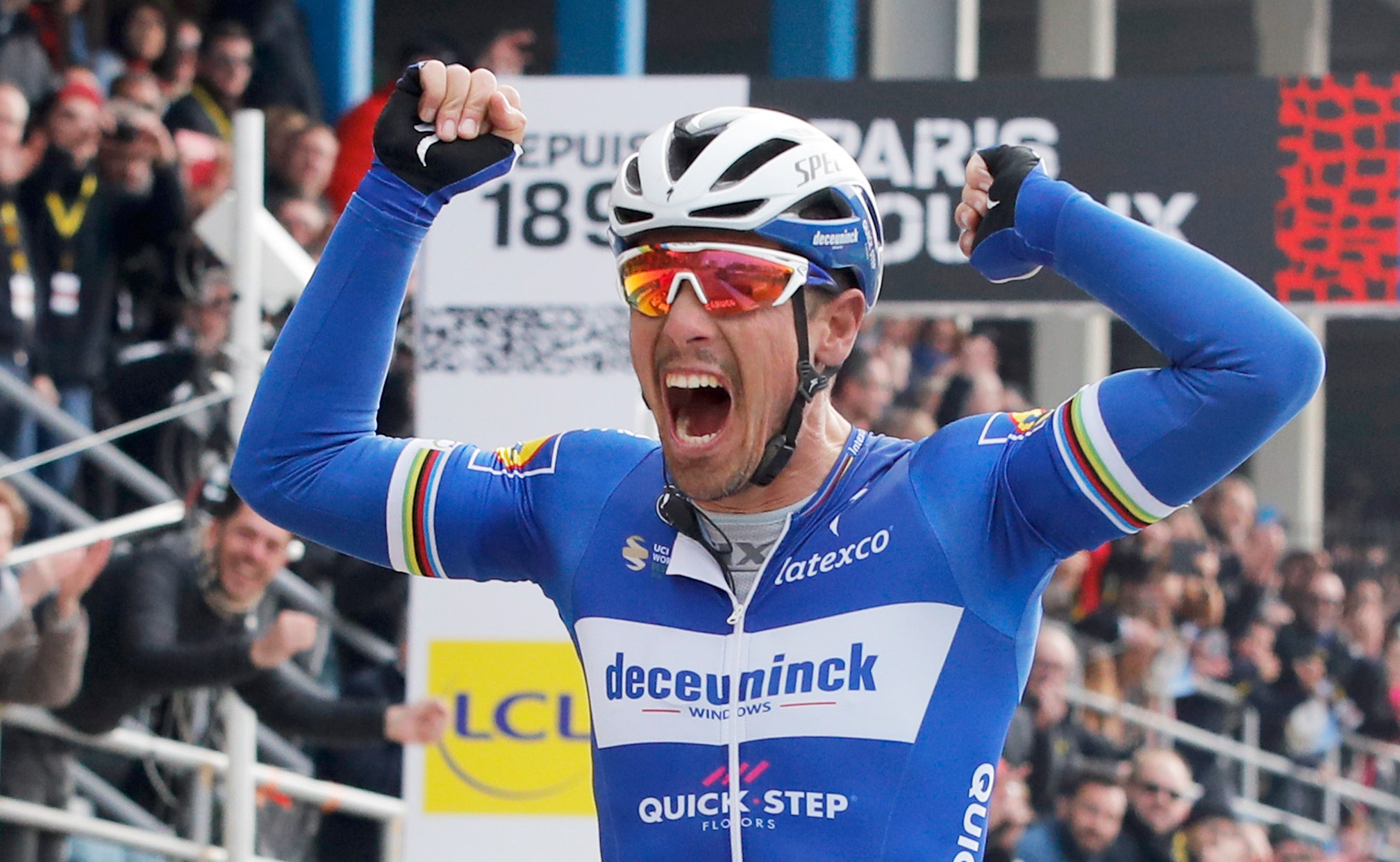 Gilbert strategically placed himself behind the 24-year-old Politt, and then attacked him down the left to win by about a length after nearly six hours of riding. Belgian rider Yves Lampaert finished in third.

The race is one of cycling's five high-profile classics, along with the Tour of Flanders, Milan-San Remo, Liege-Bastogne-Liege and the Giro di Lombardia. The 36-year-old Gilbert, a former world road race champion, has won all except Milan-San Remo.

"I still have this dream to win all them. Little by little I'm getting there," an elated Gilbert said afterward. "Politt's very courageous. In the end the best rider won, and thankfully it was me."

Last year's Paris-Roubaix winner Peter Sagan joined Gilbert and Politt near the front with about 20 kilometers left. But Sagan dropped off, leaving Gilbert and Politt to contest victory as they reached the Roubaix velodrome in northern France.

Paris-Roubaix is known as the Queen of the Classics because it is the most prestigious of the five, which are otherwise known as "monuments" of cycling.

But the grueling and dangerous 257-kilometer trek is also known as the "Hell of the North," because of its treacherous profile including more than 50 kilometers (31 miles) of cobblestones spread out over 29 sectors.

"A lot of people said cobblestones aren't for me. But I've won Tour of Flanders and now I've won here," Gilbert said. "I rode a good race tactically."

Belgian cyclist Tiesj Benoot crashed into the back of a Jumbo-Visma team car near the end of Sunday's race, smashing the back window completely. He was taken to hospital but his injuries were not immediately known.

Last year's Paris-Roubaix was overshadowed by the death of Belgian rider Michael Goolaerts, following a crash.