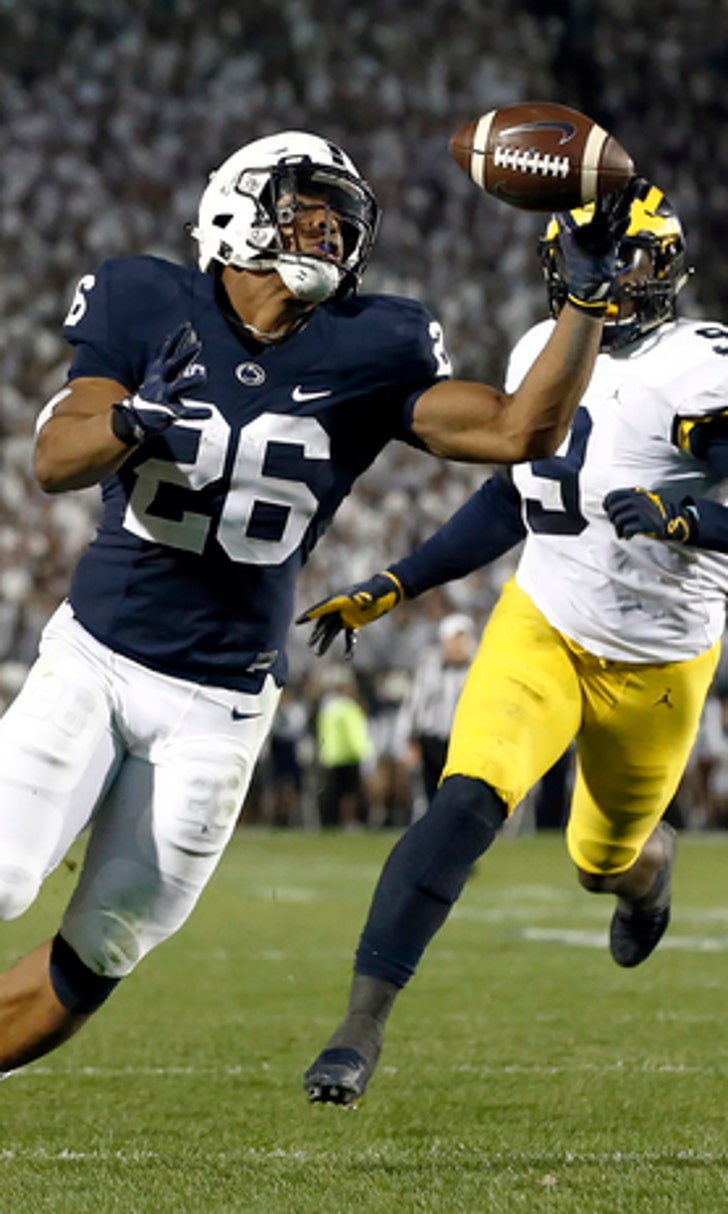 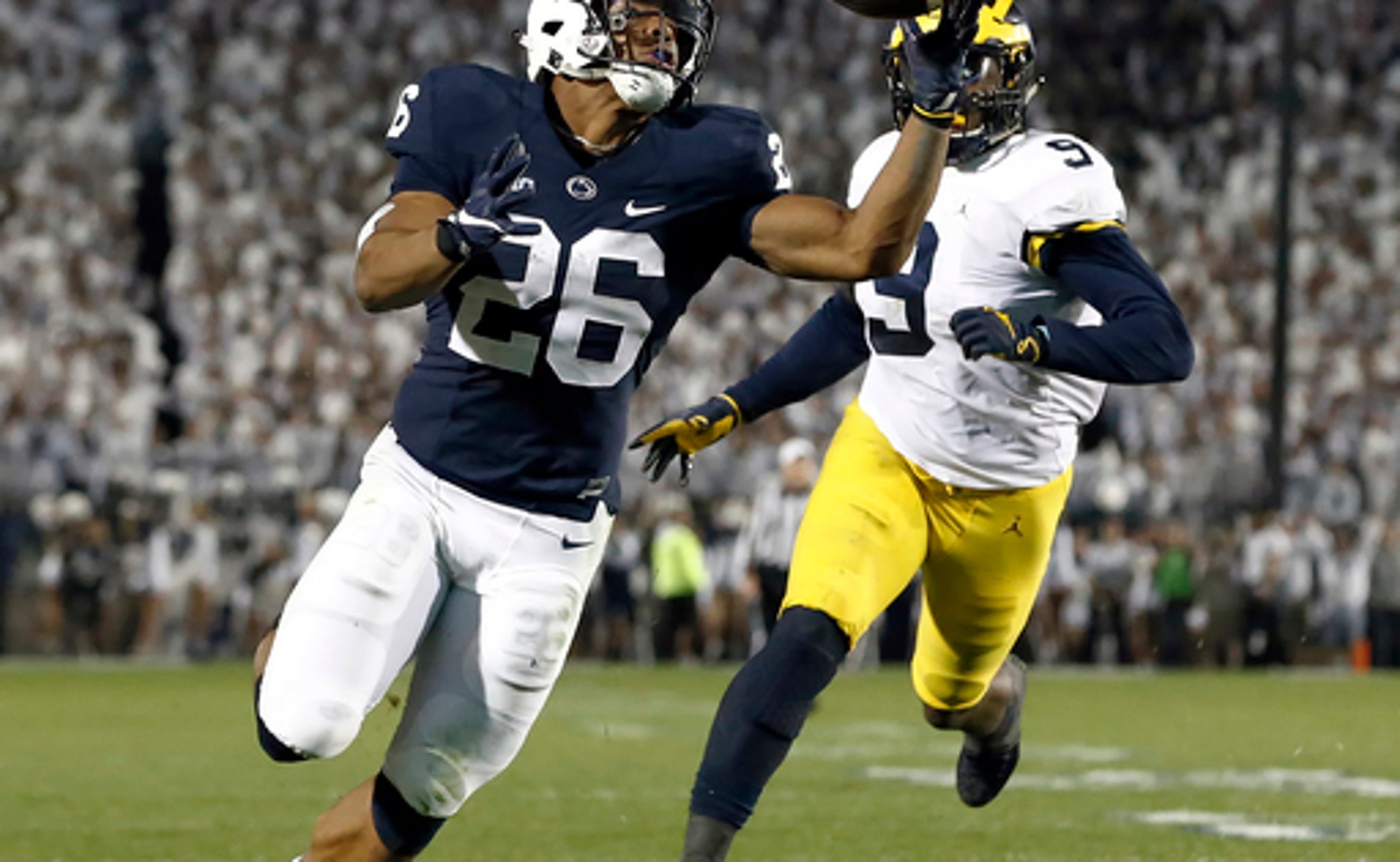 In other action, Notre Dame running back Josh Adams tries to maintain his recent momentum when the ninth-ranked Fighting Irish host No. 14 North Carolina State and its stingy run defense. Iowa State gets the rare opportunity to host a matchup of Top 25 teams when the 25th-ranked Cyclones face No. 4 TCU.

Here are five things to know about Week 9:

The Buckeyes have won five straight games by an average margin of 42 points since falling 31-16 at home to No. 10 Oklahoma on Sept. 9. Ohio State has gained at least 500 yards in each of those five games but now faces a Penn State defense allowing just 9.6 points per game to lead all Football Bowl Subdivision programs in scoring defense.

Adams hasn't garnered as much attention as Barkley or Stanford's Bryce Love but worked his way into the Heisman conversation last week by rushing for 191 yards and three touchdowns in a 49-14 shellacking of No. 21 Southern California , which was ranked 11th at the time.

Adams has run for 967 yards and has averaged 138.1 yards rushing per game to rank sixth nationally and third among Power Five players, behind Love and Wisconsin's Jonathan Taylor. Adams is gaining 9.2 yards per carry.

313 - The number of passes North Carolina State's Ryan Finley has thrown since his last interception. The NCAA record for consecutive passes without an interception is owned by former Wolfpack quarterback Russell Wilson, who threw 379 straight passes without getting picked off from 2008-09.

694 - The rushing yardage total for Arizona quarterback Khalil Tate during the Wildcats' three-game winning streak. Tate has at least one run of 70-plus yards in each of those games. Arizona hosts No. 15 Washington State on Saturday.

2005 - The last year No. 25 Iowa State was ranked before this week. Iowa State's Saturday home game with No. 4 TCU marks the first time two Top 25 teams have faced each other at Jack Trice Stadium since the 19th-ranked Cyclones defeated No. 20 Nebraska 36-14 in 2002.

Florida Atlantic coach Lane Kiffin's Power Five background and social-media presence assure he's never completely under the radar, but the former Tennessee and Southern California coach has been lighting up the scoreboard in the relative anonymity of Conference USA this season.

The Owls (4-3, 3-0 C-USA) are undefeated in league play and have totaled 127 points over their last two games, including a 69-31 blowout of North Texas a week ago. That sets up an intriguing matchup Saturday as Florida Atlantic visits defending Conference USA champion Western Kentucky (5-2, 3-1), which trounced the Owls 52-3 last season.

Bielema has gone just 27-31 in five years at Arkansas , a dramatic drop for a coach who had posted a 68-24 record and earned three Rose Bowl berths in seven seasons at Wisconsin. Arkansas has gone just 10-26 in Southeastern Conference play under Bielema.

To make matters worse, Arkansas has lost its top overall player, with center Frank Ragnow out the remainder of the season with a high ankle sprain. Arkansas (2-5, 0-4 SEC) can't afford to lose Saturday when it hosts an Ole Miss (3-4, 1-3) team that has quarterback Jordan Ta'amu making his first career start in place of the injured Shea Patterson .

This story has been corrected to show that Ohio State has won its last five games by an average margin of 42 points.