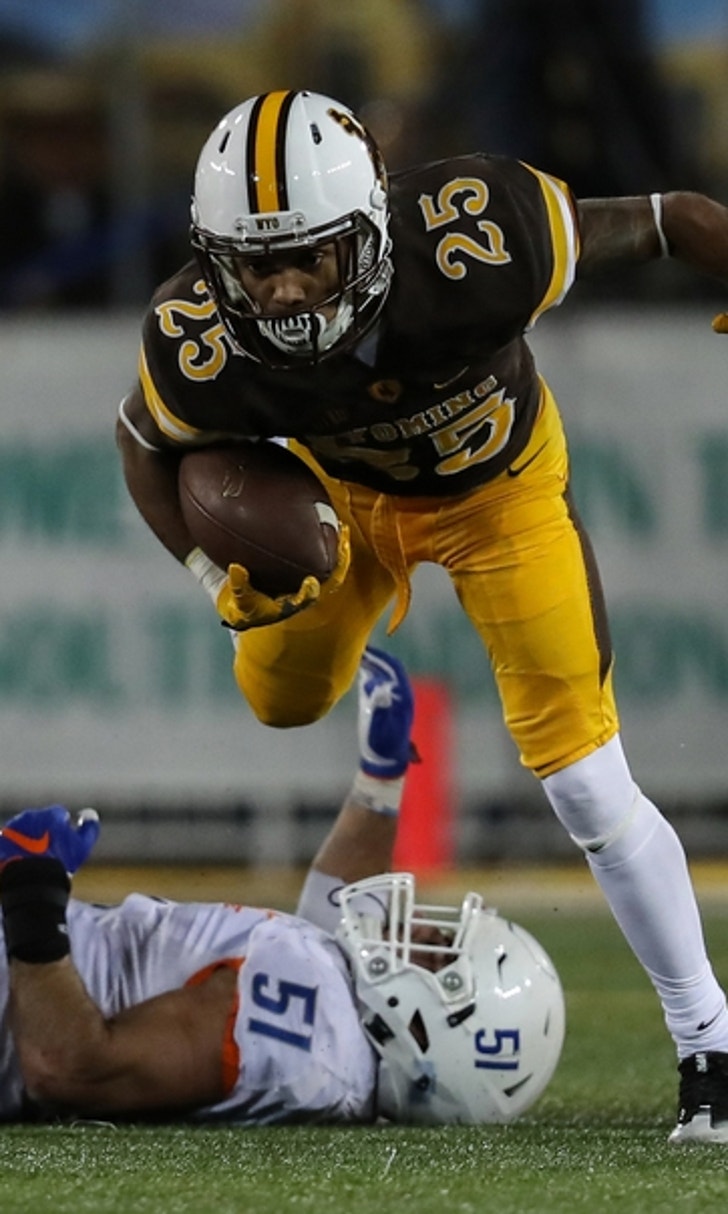 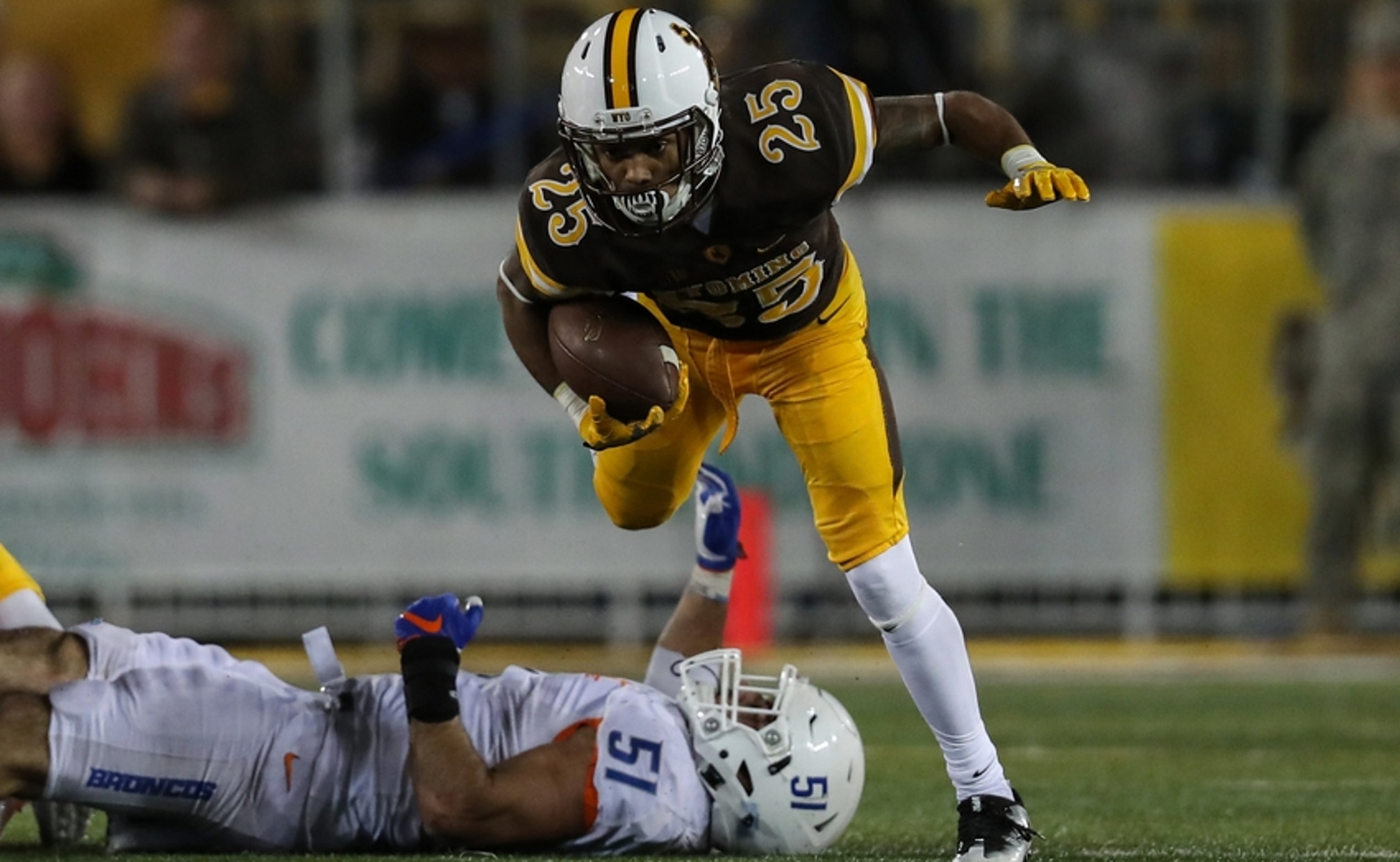 BY Fansided and Zach Bigalke/FanSided via Saturday Blitz • December 16, 2016
share

Western Michigan claimed the Access Bowl spot in the Cotton Bowl, but there are plenty of other great bowl matchups featuring Group of Five programs.

For Group of Five schools, the biggest goal of the year in the College Football Playoff era is to sew up the automatic bid into a New Year’s Six bowl game. That lucrative spot, granted to the highest-rated champion of a mid-major conference, is an improvement on BCS access. But whereas a team like Ohio State can make the playoff without a leauge title, a Group of Five hopeful must win its conference to remain in the running.

That meant that some great teams such as Boise State and Houston weren’t even considered for the Cotton Bowl. While Western Michigan ran the table and did exactly what it had to do to earn the showdown against Wisconsin, the rules meant that teams with multiple wins over Power Five opponents were not eligible for consideration.

But while there might be some issues with the conflicting attitude toward conference championships among the CFP committee, there are still plenty of great games besides the Cotton Bowl that feature Group of Five teams this season. Click through to see our selection of the five best of the 2016-2017 postseason.

NOTE: All rankings are from the final College Football Playoff rankings released December 4.

Two longtime conference rivals will meet for the first time since 2010 when BYU squares off against Wyoming in the Poinsettia Bowl. The Cougars are no longer a Group of Five school, having left the Mountain West for independence in 2011. Their schedule this season featured games against six Power Five schools. BYU also played six mid-majors of varying quality. They lost senior quarterback Taysom Hill to an elbow injury that prematurely ended his last year in Provo. But the Cougars feature one of the best rushing defenses in the nation and allow fewer than 20 points per game.

Wyoming will have to find a way to crack the BYU defense on the ground if they hope to break a seven-game losing streak to the Cougars. Brian Hill averaged over 135 yards per game to finish fourth nationally in rushing, helping power the Cowboys to the MWC Mountain title over Boise State. Josh Allen has also been proficient through the air, especially connecting with receiver Tanner Gentry. Craig Bohl’s defense hasn’t been great in Laramie, but has shown a propensity for making big stops at the right time.

In the 12-year history of the Poinsettia Bowl, this is the first time that the game has revived a dormant rivalry. The two schools have variously been united in the Rocky Mountain Athletic Conference, the Skyline Conference, the WAC, and the Mountain West over a span of nearly nine decades. BYU holds a 44-30-3 lead in the all-time ledger between the rivals.

Boise State has been the epitome of Group of Five excellence even before the term came into the college football lexicon. The Broncos first transitioned to the FBS in 1996, and in that span they have finished with double digits in the win column 14 times. Ten of those have featured at least 11 wins, and Boise State can make that 11 times with a win over Baylor. Though they lost close contests to Wyoming and Air Force to miss out on a shot at the MWC title this year, they combine a top-30 offense with a top-30 defense to remain one of the best mid-majors in the country.

The Baylor team that the Broncos will take on in Phoenix has fallen on hard times since the termination of Art Briles. The team opened the year 6-0, but has lost six straight to end the regular season and fall from Big 12 contender status. Baylor lost starting quarterback Seth Russell to a fractured ankle in the loss to Oklahoma. By that point, though, the Bears were already well on their way to a third straight loss. The defense, never a strong suit under Briles, has allowed more than 30 points per game.

The Cactus Bowl has been a migrant around the state of Arizona. Originating as the Copper Bowl in 1989, the game moved from Tucson to Phoenix in 2000 and shuffled between Chase Field and Sun Devil Stadium. It returns to the Diamondbacks ballpark this year after a decade in Tempe. This year’s edition will feature the first-ever meeting between the Broncos and the Bears.

Temple enters the postseason as one of two ranked Group of Five teams besides Western Michigan. The Owls knocked off Navy for the AAC championship in Annapolis on Championship Saturday. Their reward is a return trip to Navy’s home field for the Military Bowl against Wake Forest. They will face the Demon Deacons without head coach Matt Rhule, who accepted the Baylor position after leading the Owls to the AAC title. Temple featured one of the best defenses in the nation, equally adept at stopping the run and stifling the pass.

Wake Forest opened the year 5-1, and looked like a dark-horse candidate in the ACC. Then they lost a close 17-6 contest at Florida State, beginning a fall that ended with losses in five of the Demon Deacons’ last six games. Like Temple, Wake Forest depended heavily on its defense. But the Demon Deacons fielded an offense that was not merely mediocre but flat out abysmal, ranking outside the top 100 in every major category. We know now that opponents gained an advantage from a double agent leaking game plans. The best thing going for Dave Clawson’s team is that they were one of the least penalized teams of 2016.

The last time these two teams met, Wake Forest lost 36-0 in Philadephia — in 1930. Given that there is no modern history between the schools on the football field, the game comes down to how seriously the AAC champions take their Power Five competition. Wake Forest is going to find it hard to move against the Owls defense, and thus it comes down to how wekk the Demon Deacons can contain Phillip Walker, Jahad Thomas, and the rest of a decent Temple offense.

Navy thought it would be among the Group of Five teams contending for the Cotton Bowl. Instead they dropped out of the running after losing the AAC title game at home to Temple. They were at least locked into the Armed Forces Bowl prior to losing the Army-Navy Game for the first time in 15 years. The Midshipmen have suffered through injuries to key weapons on offense, namely quarterback Tago Smith before the season started and then his replacement Will Worth. Navy managed to hold off Houston for the AAC West despite flagging defensive numbers, and the Middies should have no problem running the ball.

Their opponent, Louisiana Tech, is a fellow division champion. Unlike Navy, the Bulldogs lost their conference title game on the road to Western Kentucky. Ryan Higgins leads one of the most potent passing attacks in the country, throwing to top-five receivers Carlos Henderson and Trent Taylor. The Bulldogs are defensively deficient against the pass, but that shouldn’t prove costly against this Navy team. A seven-game winning streak ended with a two-game swoon to end the regular season, but Skip Holtz’s team still features enough firepower to challenge Navy.

Louisiana Tech never really came close to beating Navy in their only previous meetings, a home-and-home series in 2009 and 2010. This will be the first time in 14 editions that the Armed Forces Bowl features a ranked team, with Navy remaining in the CFP Top 25 in large part because a new ranking wasn’t released after the Army-Navy Game. Nevertheless, this should be a fascinating contest between Group of Five division winners with wildly different playing styles.

The best game featuring Group of Five teams might just be the showdown on the opening Saturday of bowl season between Houston and San Diego State. The Aztecs knocked off Wyoming to win a second straight Mountain West title. Donnel Pumphrey fell off in the latter half of the year, yet the senior running back still eclipsed 2000 yards on the season and is 108 yards away from setting the all-time FBS rushing record. He is backed up by one of the top defenses in the country, as the Aztecs allow just 21 points per outing.

The Mountain West champions lucked into a premier matchup against a team that took down both Oklahoma and Louisville this season. Houston lost head coach Tom Herman to the Texas gig, but they still have the stocked roster he left behind. Losing three on the road at Navy, SMU, and Memphis took the Cougars out of the running for AAC honors, but that demonstrates the depth of the conference as much as anything. The Cougars have the opportunity to defeat another conference champion, having toppled the Sooners in the season opener. A win would get Houston to 10 wins for the second straight season.

There is an interesting history between these two programs. Their only two meetings came in 1972 and 1973, and both times Houston dealt San Diego State what would be the Aztecs’ only loss each year. More than four decades have passed, yet the Aztecs would love nothing more than to gain revenge for those defeats. They’ll get their chance at the Las Vegas Bowl, which celebrates its 25th anniversary this season. San Diego State lost in its only previous appearance to North Carolina in 1998, while Houston has never played in Sin City (either in a bowl or versus UNLV) in its long football history.