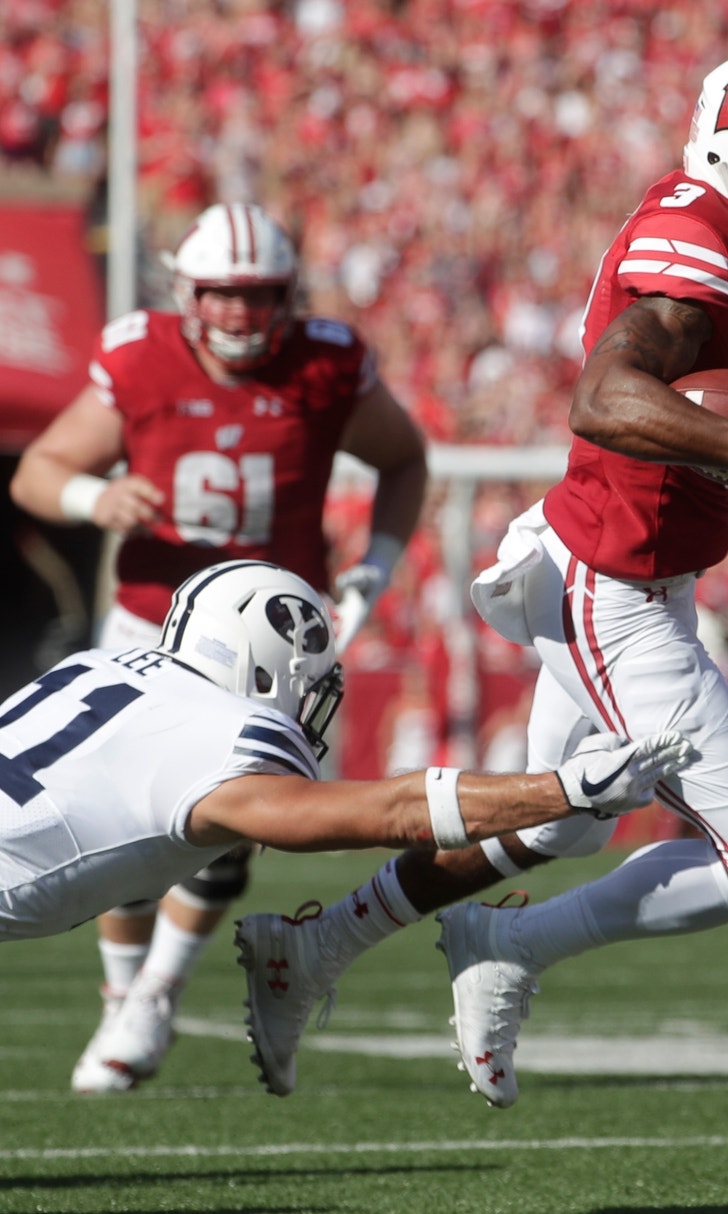 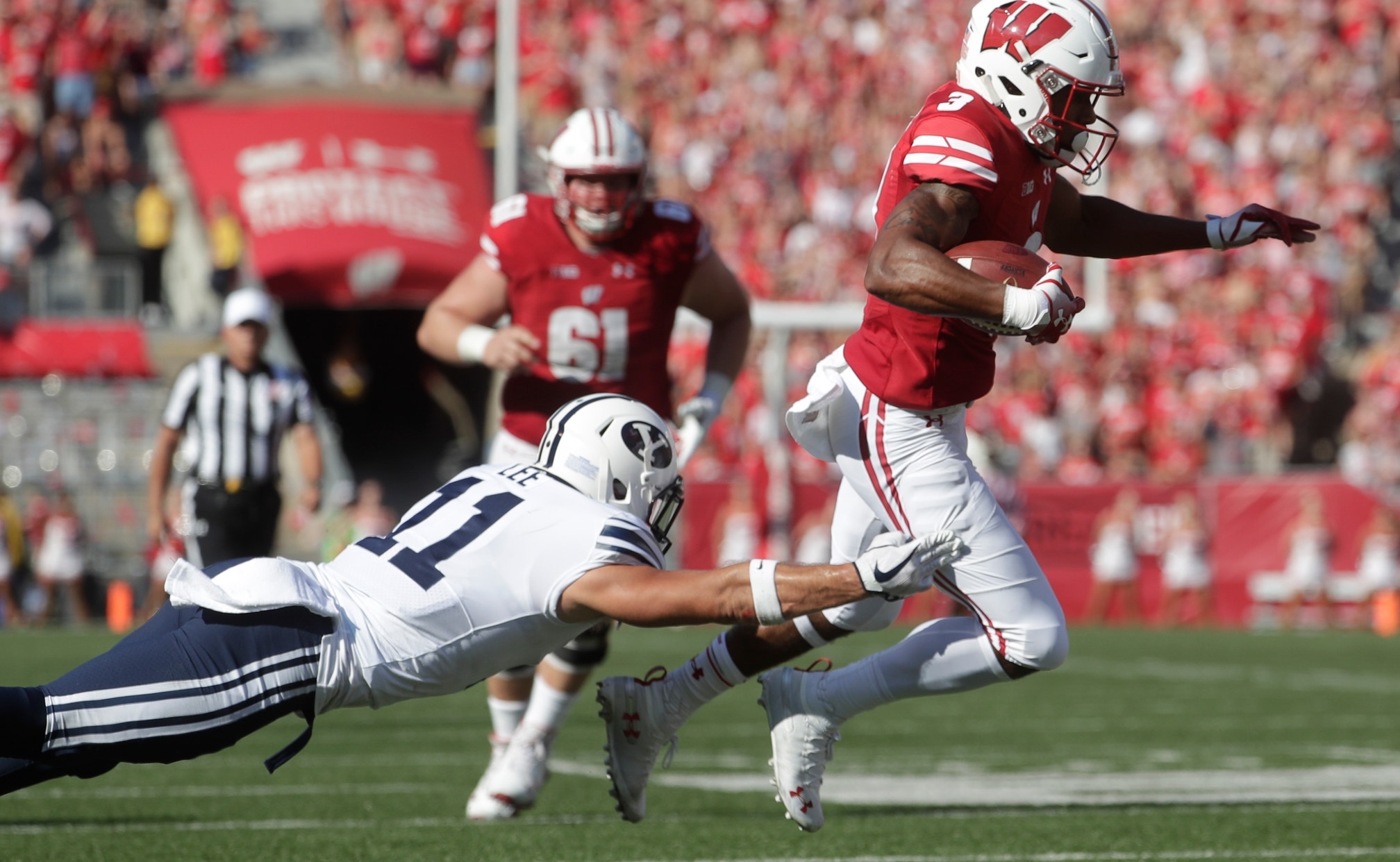 Time to move on for No. 18 Wisconsin with trip to Iowa next

MADISON, Wis. (AP) — This is no time to sulk at Wisconsin.

The upset loss to BYU might still sting, but the 18th-ranked Badgers must move on. Beating Iowa this weekend to open Big Ten play would sure give Wisconsin a lift.

"You don't ever want to rely on losing as a source to go win. That's never going to end well," offensive lineman Michael Deiter said. "But if you do have hiccups ... it should be a feeling that you never want to feel again."

As if there wasn't enough motivation already ahead of this year's trophy game at Kinnick Stadium, Wisconsin (2-1) is also coming off its first nonconference home loss since 2003, after getting beaten by the Cougars, 24-21 last week.

The offense was inconsistent in spite of having nine returning starters, including star running back Jonathan Taylor and the entire offensive line. Quarterback Alex Hornibrook struggled for much of the game.

BYU stood up to the bullish Badgers, who usually wear down nonconference opponents, especially at Camp Randall Stadium. Wisconsin has a relatively young roster, and most of the key players on this team haven't experienced that kind of surprising defeat.

Deiter, a senior captain, said on Monday that he was looking for heightened intensity this week.

"It doesn't need to be a lot of 'hoorah' stuff, but you need to feel the sense of urgency in practice, starting today," Deiter said.

A trendy pick this season to make the College Football Playoffs, Wisconsin took a hit to its resume with the BYU loss. The good news for the Badgers is that the defeat had no bearing on their ability to win the Big Ten.

The first step to doing that is beating Iowa on the road on Saturday night. The Hawkeyes figured to be Wisconsin's toughest challenge again in the West Division race.

Coach Paul Chryst isn't usually one to give emotional speeches. One of the Badgers' strengths under Chryst has been mental toughness and an unflinching attitude under pressure.

Emotional play can lead to momentum swings in games "and yet I think it really comes down to playing good football," Chryst said. "Those five, six, even, eight plays ... you look at them and those become significant. What's awesome when you play those games is you don't know when those plays are going to come."

What Wisconsin would like to do is swing those plays in its favor again at Iowa.

"There is a lot of season left, a lot of football to be played," safety D'Cota Dixon said. "I'm worried about getting our guys back and bouncing back."

Notes: OLB Andrew Van Ginkel is listed as questionable with a right leg injury. The Badgers' best pass rusher got hurt in the first quarter against BYU and returned to the sideline in the second half wearing a boot on his right foot. ... Starting TE Zander Neuville (right leg) is also questionable.