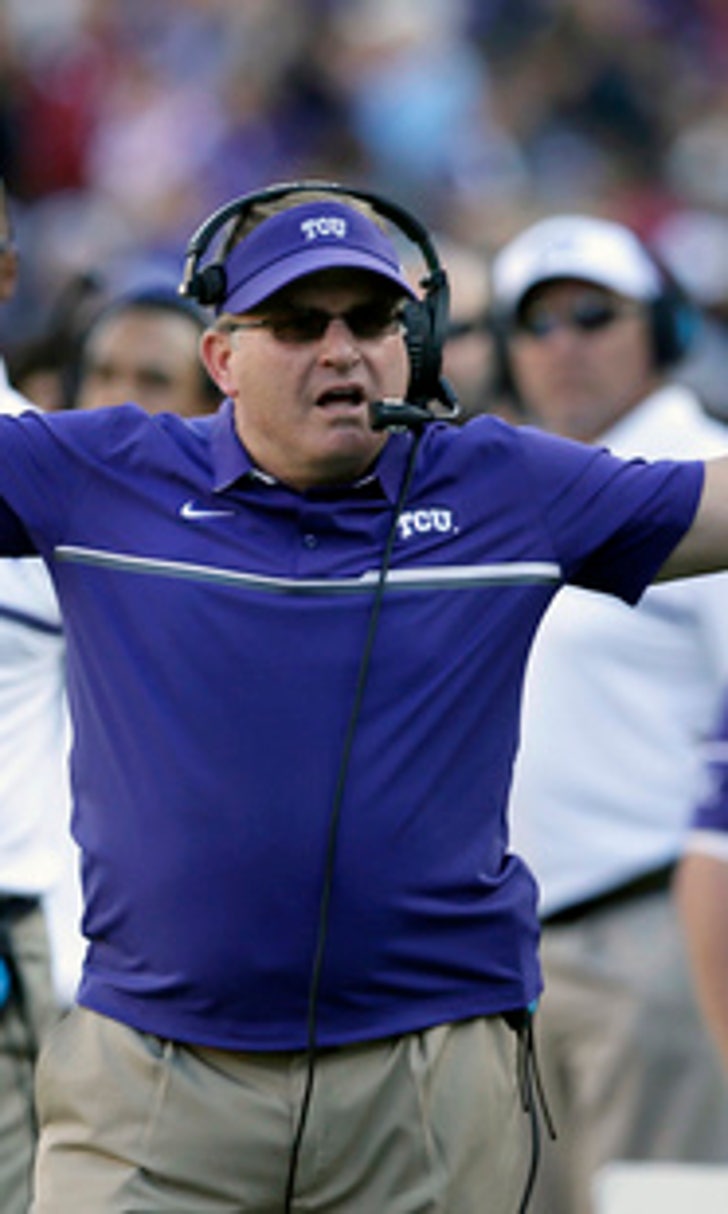 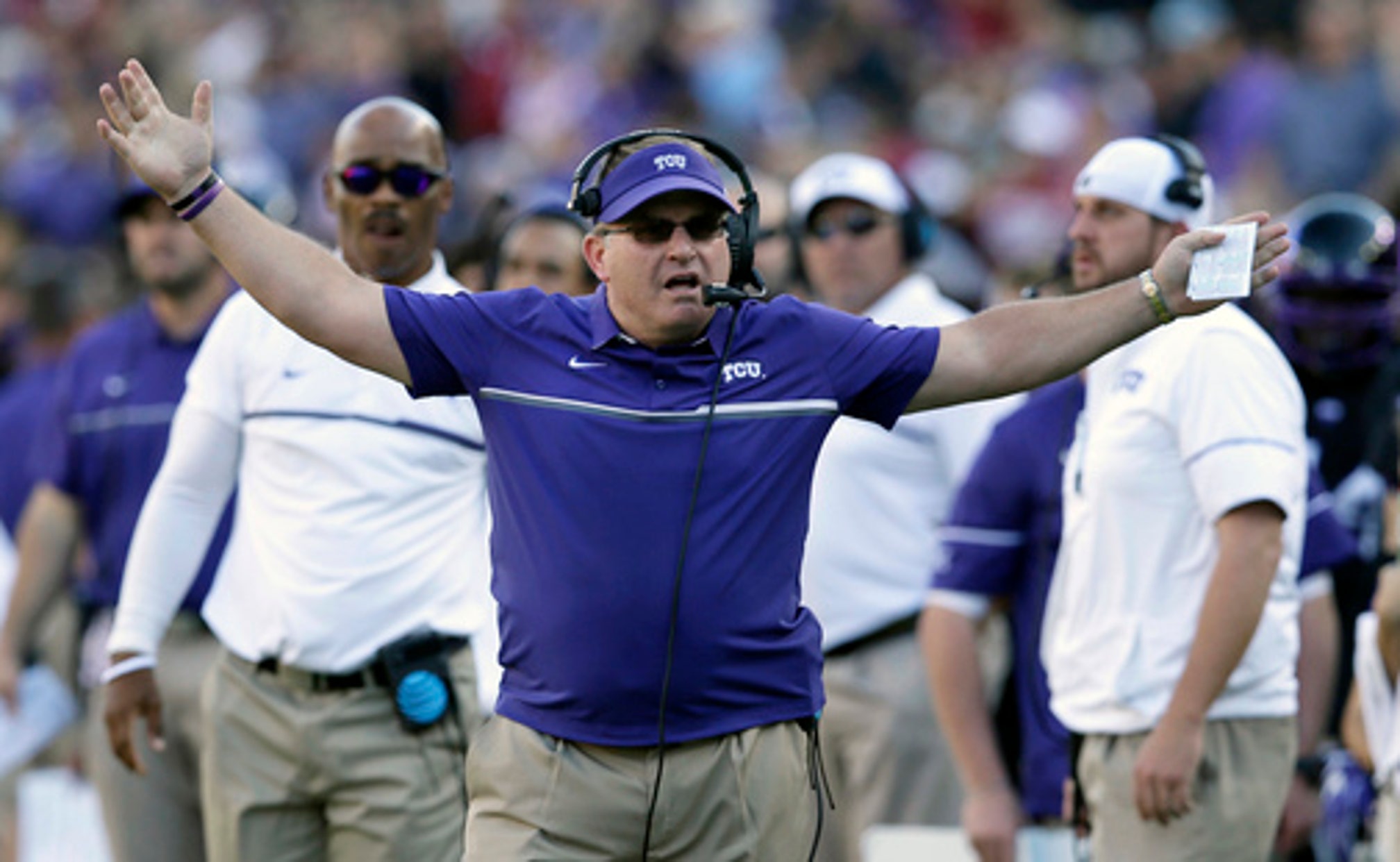 The Big 12: A league with virtually no defense 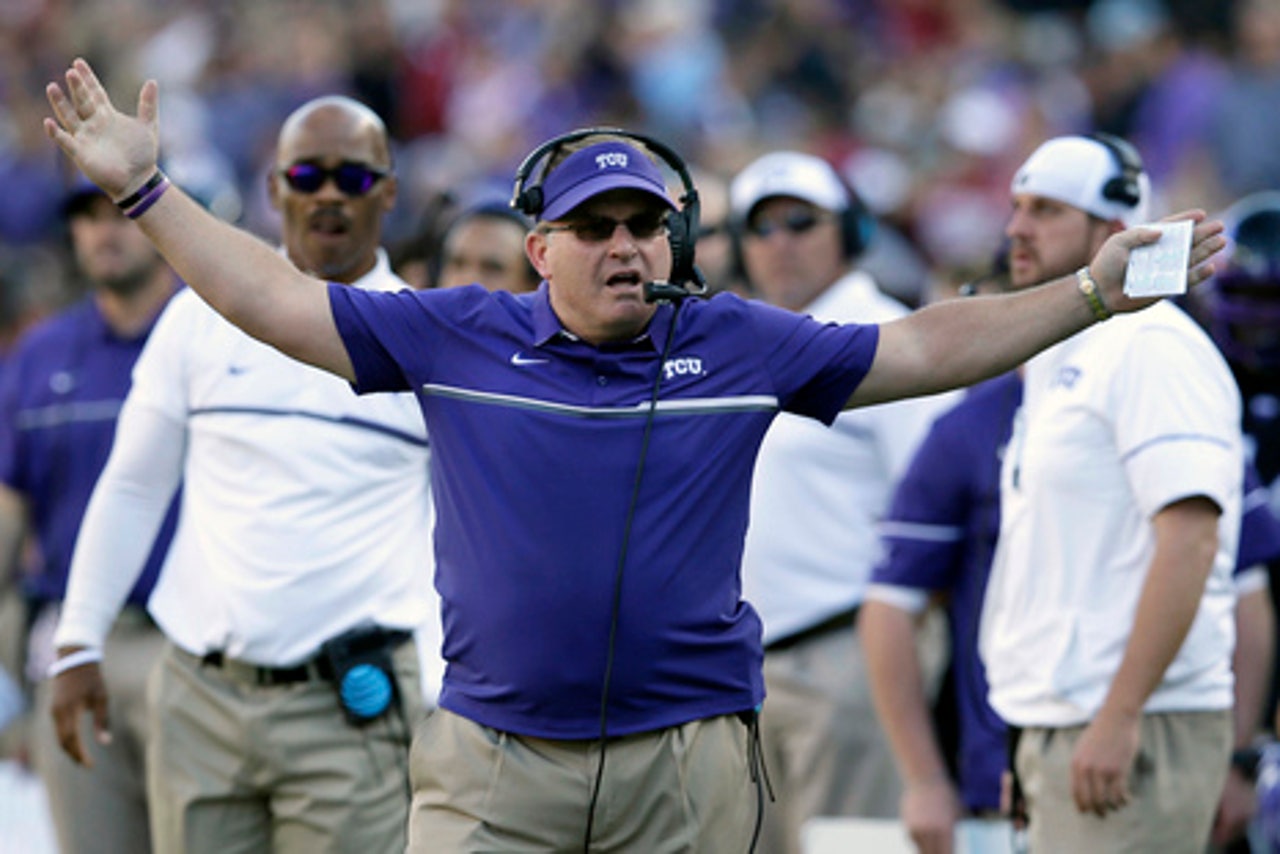 ''The worst job maybe in America right now is the defensive coordinator, especially in the Big 12,'' Patterson said this week after his Horned Frogs gave up 52 points in a loss to Oklahoma. ''Basically you're going to make about 70 calls in 20 seconds and you're going to be evaluated every seven days, and by the next day whether you did a very good job or not.''

Eight of the league's 10 teams rank No. 77 or lower nationally in total defense as the yards and points come in bunches. Six rank No. 67 or lower in scoring allowed. Four of those - Oklahoma, Kansas, Texas Tech and Texas - all surrender more than 35 points or more per game.

And it could get worse.

Most of those ugly stats were built against non-conference opponents. The league's high-powered offenses are just getting warmed up as only Baylor and Oklahoma State have played more than one conference game.

The outlier in all those missed tackles and wide open scoring passes is Kansas State, which ranks No. 4 in total defense but struggles to score. If the Wildcats can just figure out how to punch in a few touchdowns, they could run away with the league.

After two straight losses giving up 50 and 49 points, Texas coach Charlie Strong had seen enough . He demoted coordinator Vance Bedford and will call defenses himself this week against Oklahoma.

Bedford may be relieved to not be charged with defending fast-tempo offenses that spread the field, put a premium on open-field tackling and barely give defenders, or game officials, a chance to breathe.

For some coaches, it's not the game they love.

''It's beyond ridiculous. The way (offenses) run to the line of scrimmage and the referee has to run out of there to snap the football. To me, that's not football,'' Oklahoma defensive coordinator Mike Stoops said. ''What they're doing to football is tough, it's difficult. I don't even know what to call it anymore; I really don't.''

The Big 12 has had breakneck offenses for years, of course - it just seems that the defenses haven't caught up. The last time a Big 12 team ranked in the top 10 in total defense was in 2010, when Texas was No. 6 (TCU was No. 1 that season but didn't join the league until 2012).

The Longhorns were No. 3 in total defense in 2009 when they played for the national title. When Oklahoma won the 2000 national championship, the Sooners had a top 10 unit peppered with big-time playmakers.

''Defensive statistics are not what they used to be and they're not ever going to go back to the way it used to be,'' Gundy said. His Cowboys beat Texas 49-31 in a game that passed 1,000 yards of total offense.

''Offenses play fast ... There's more speed on the perimeter ... (And) we're back in a trend here where we've got fantastic quarterbacks playing in this league. When that happens, they're going to run up 400-500 yards. That's just the way it is,'' Gundy said.

The league does have some gunslingers. TCU's Kenny Hill, Texas Tech's Patrick Mahomes and Oklahoma State's Mason Rudolph all rank in top the top 10 nationally in passing.

But Big 12 defenses have been beaten up all around the country this season:

- Texas has surrendered more than 500 yards and three or more touchdown passes three times in the first four games, while forcing just one turnover with no interceptions.

- Defending Big 12 champion Oklahoma, which made the College Football Playoff last season, has given up 91 points in its last two games.

When the Longhorns and Sooners play their annual rivalry game in Dallas on Saturday, the loser will come out 2-3 and facing a furious fan base. After two losing seasons, Strong is under enormous pressure to win this season or risk losing his job.

A defensive coordinator at Florida when the Gators won two national titles, Strong is betting on himself to turn around Texas' defense and season.

''I don't think it's desperate measures,'' Strong said. ''I've done it before. I see where I can help. Sometimes you need new energy and eyes.''