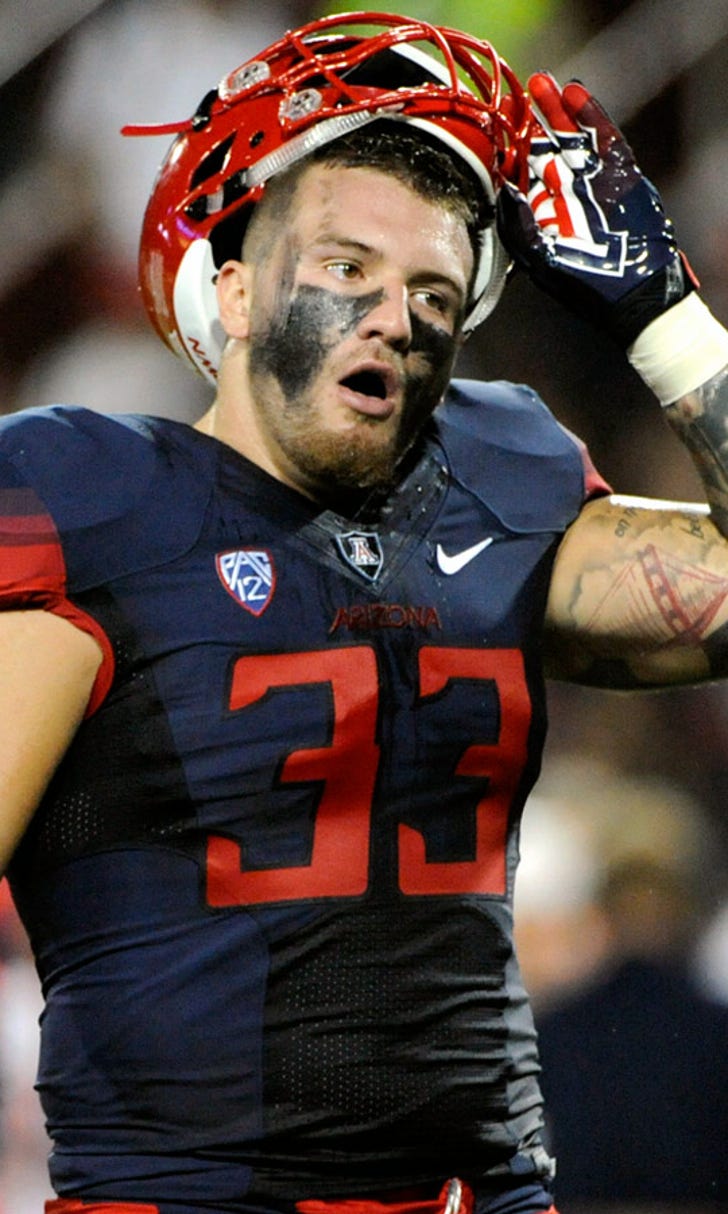 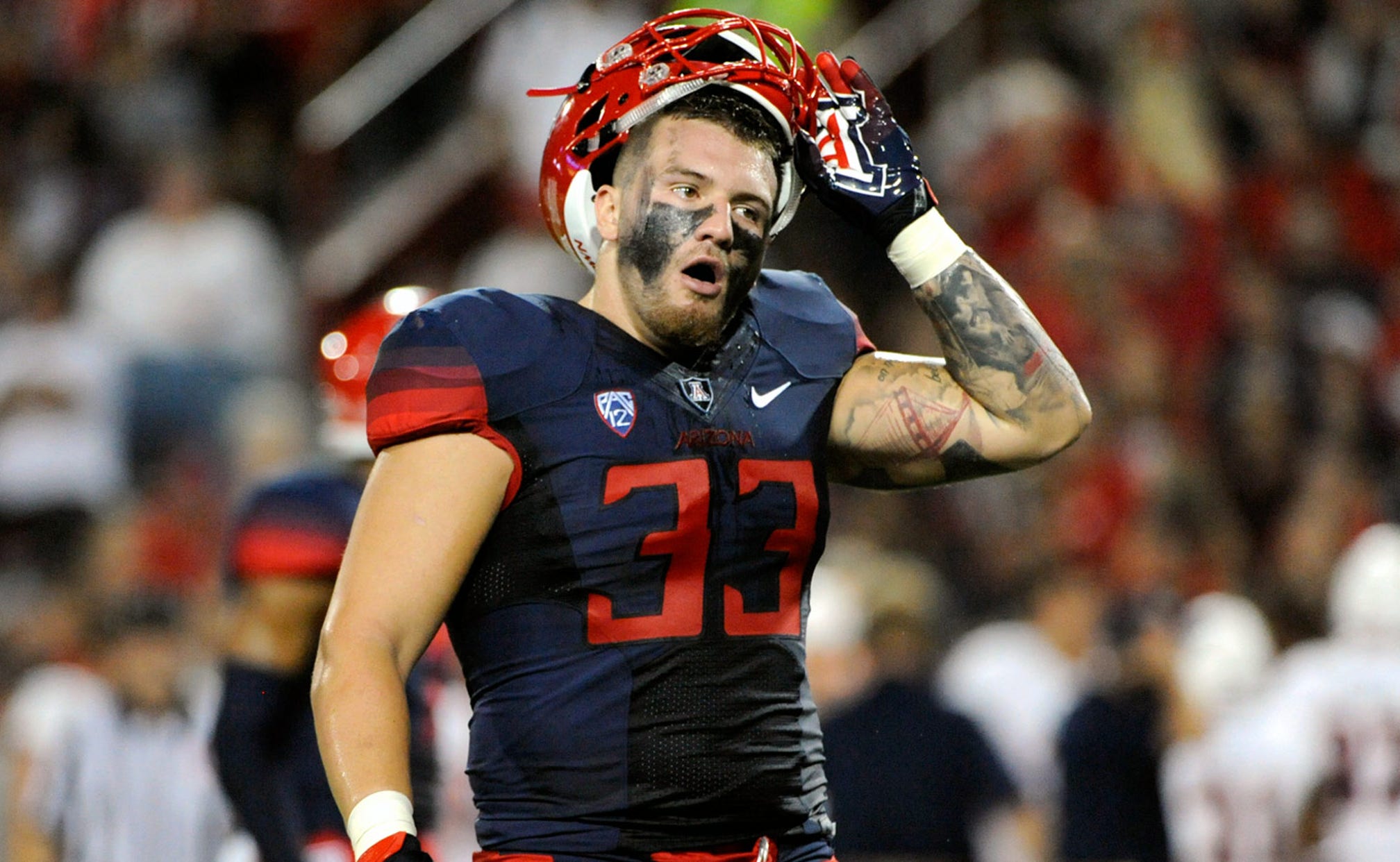 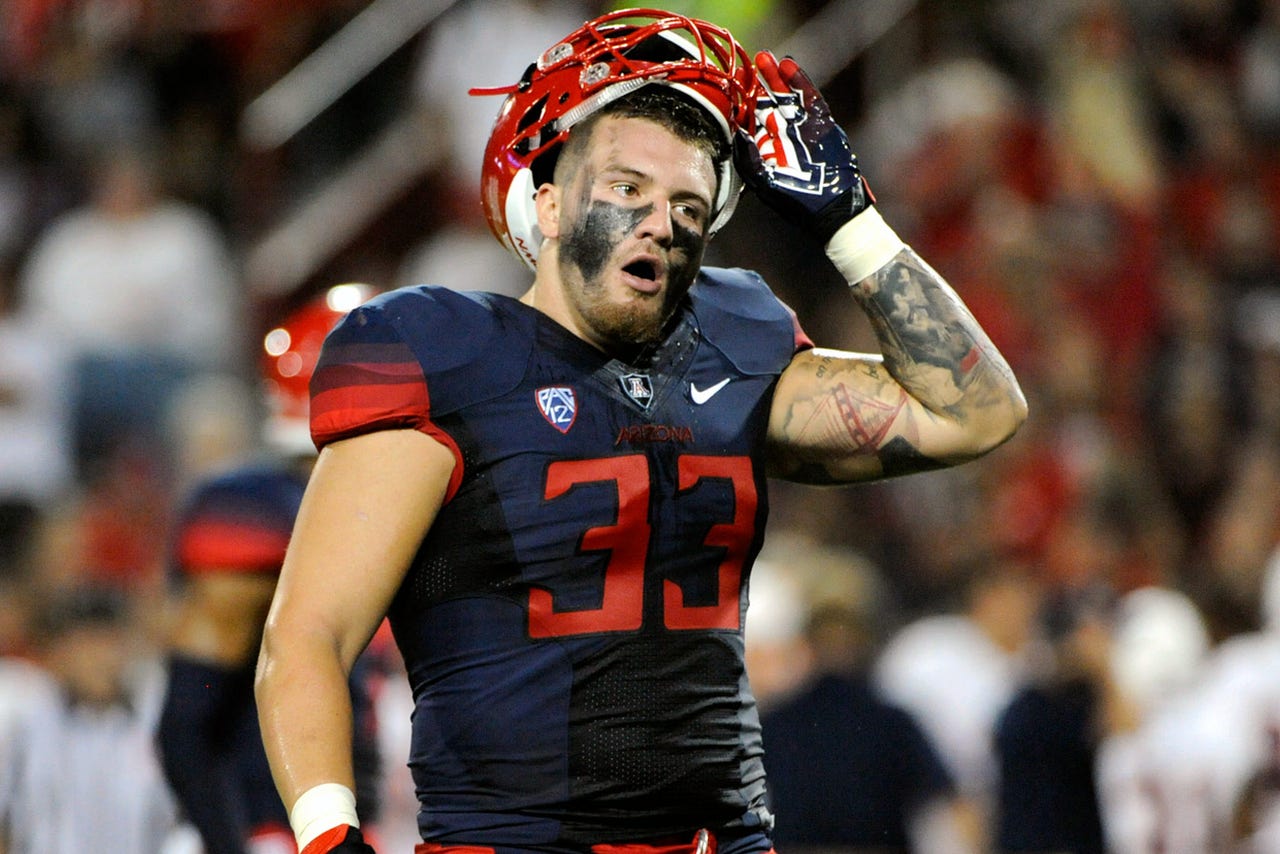 Arizona Wildcats linebacker Scooby Wright, regarded as one of the best defenders in the NCAA, left the game during his season opener on Thursday.

The Wildcats' came into the game ranked No. 22 in the nation; Wright helped lead the program to the Pac-12 Championship game as the victor of the southern division in 2014. Wright's injury was suffered in the first quarter, when he went to the sideline to visit with a trainer.

While there was a brief attempt to get him back in the game, Wright remained on the sideline while icing his knee.

Jill Savage, a reporter from the Pac-12 Networks, shared a photo of Wright on the sidelines talking to his parents.