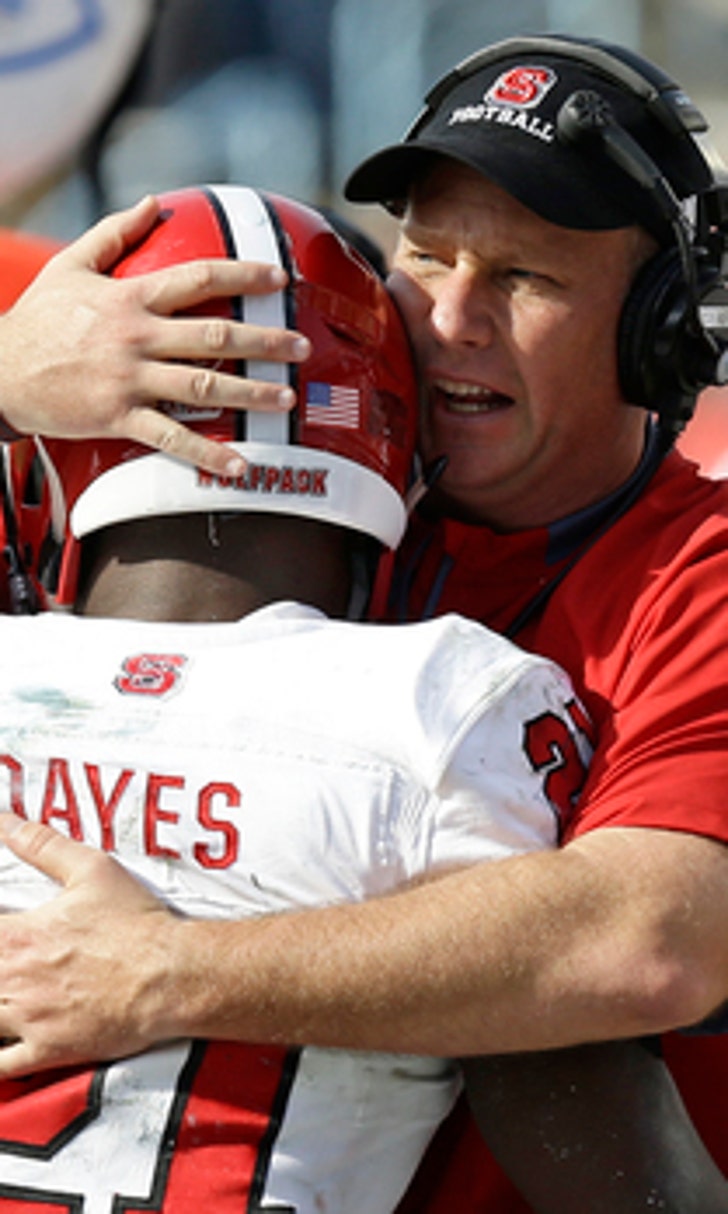 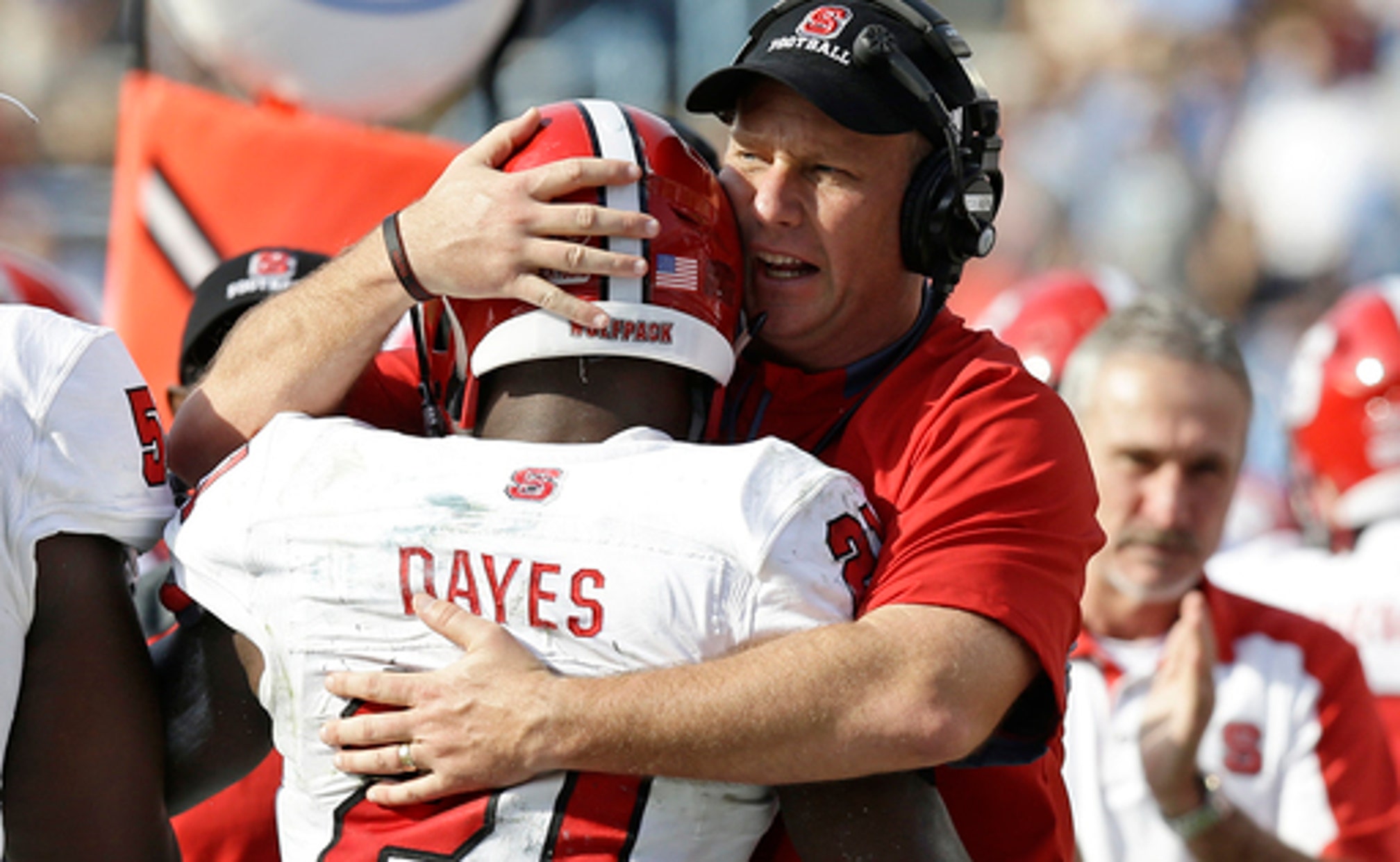 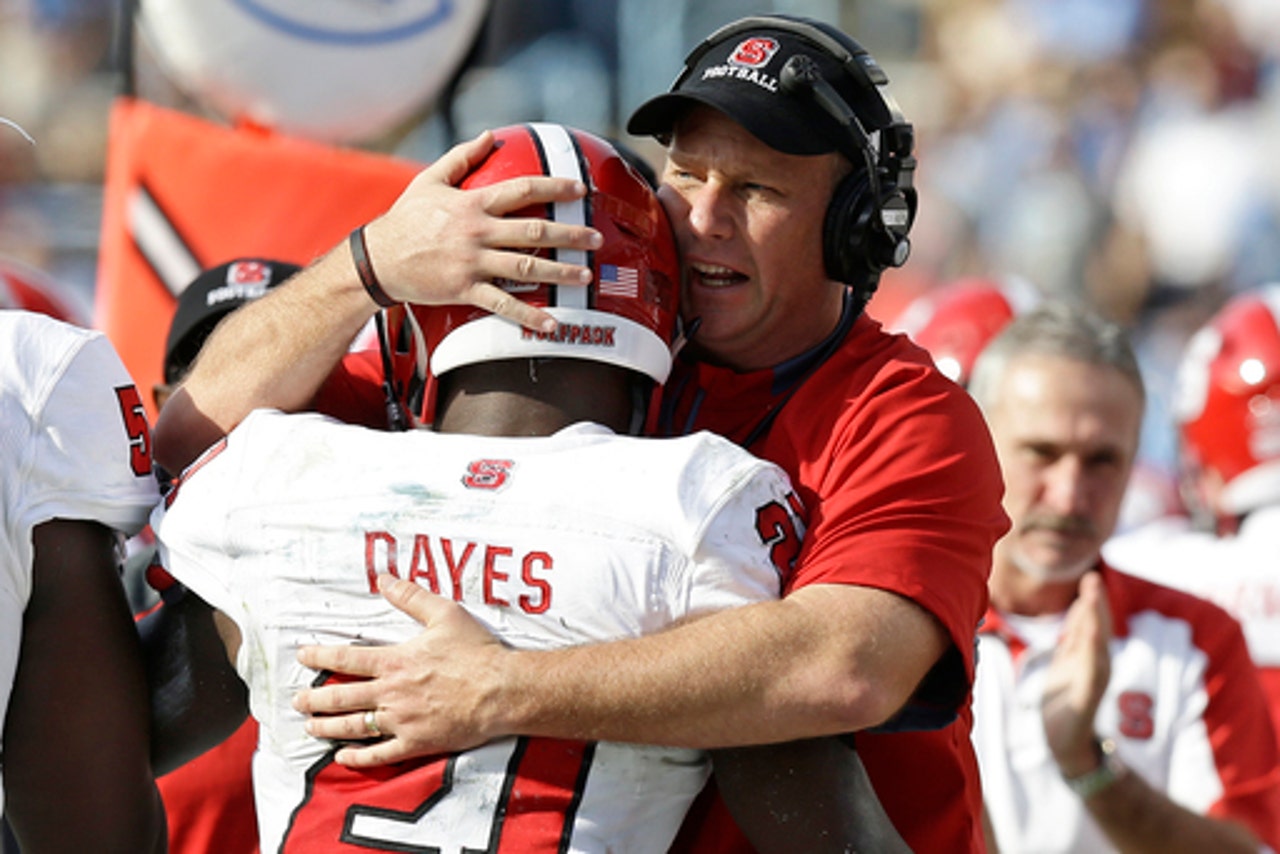 CHAPEL HILL, N.C. (AP) Jaylen Samuels ran for one touchdown and threw for another on a trick play, and North Carolina State held on to upset North Carolina 28-21 on Friday, earning bowl eligibility while also locking up a division title for Virginia Tech.

In what at times seemed like a replay of N.C. State's 35-7 rout here two years ago, Matt Dayes rushed for 104 yards and two touchdowns. The second of those put the Wolfpack (6-6, 3-5 Atlantic Coast Conference) up 21-0 early in the second quarter.

Samuels threw a 59-yard touchdown pass to Stephen Louis on a trick play on the opening drive, and ran 4 yards for the TD that made it 28-7.

Mitch Trubisky threw three touchdown passes for the Tar Heels (8-4, 5-3), including a 48-yarder to Bug Howard that made it a seven-point game with 7:52 left. But on their next possession, they were stopped on downs near midfield with 3:10 to go and N.C. State ran out the clock.

The Tar Heels, 10 1/2-point favorites, needed a win and a Virginia Tech loss to Virginia to earn a second straight ACC championship game berth. This loss locks the Hokies into next week's matchup with No. 4 Clemson in Orlando, Florida.

N.C. State largely kept it on the ground against the ACC's worst run defense, running it 53 times while throwing just 24 passes and rolling up 259 yards rushing and 492 total yards.

N.C. State: This should take some heat off coach Dave Doeren, who had been drawing criticism from a segment of the fan base after going 8-23 in ACC games before this one. In four years, Doeren now has won almost as many ACC games at UNC's Kenan Stadium (two) as he has at his own Carter-Finley Stadium (three).

North Carolina: By losing to a pair of neighborhood rivals - both of whom were under .500 at the time - the Tar Heels blew their chance to repeat as Coastal champions. They lost to Duke and N.C. State in the same season for the first time since 2003, and in some ways this game felt like an extension of the loss in Durham - with the Tar Heels managing a combined 13 points in the last two quarters of that game and the first three of this one.

N.C. State: This victory earned the Wolfpack a spot in a bowl game, and on Dec. 4 they'll find out who and where they play.

North Carolina: The Tar Heels won't have to worry about flying to Orlando next week for the ACC championship game. Instead, they'll await their bowl opponent.