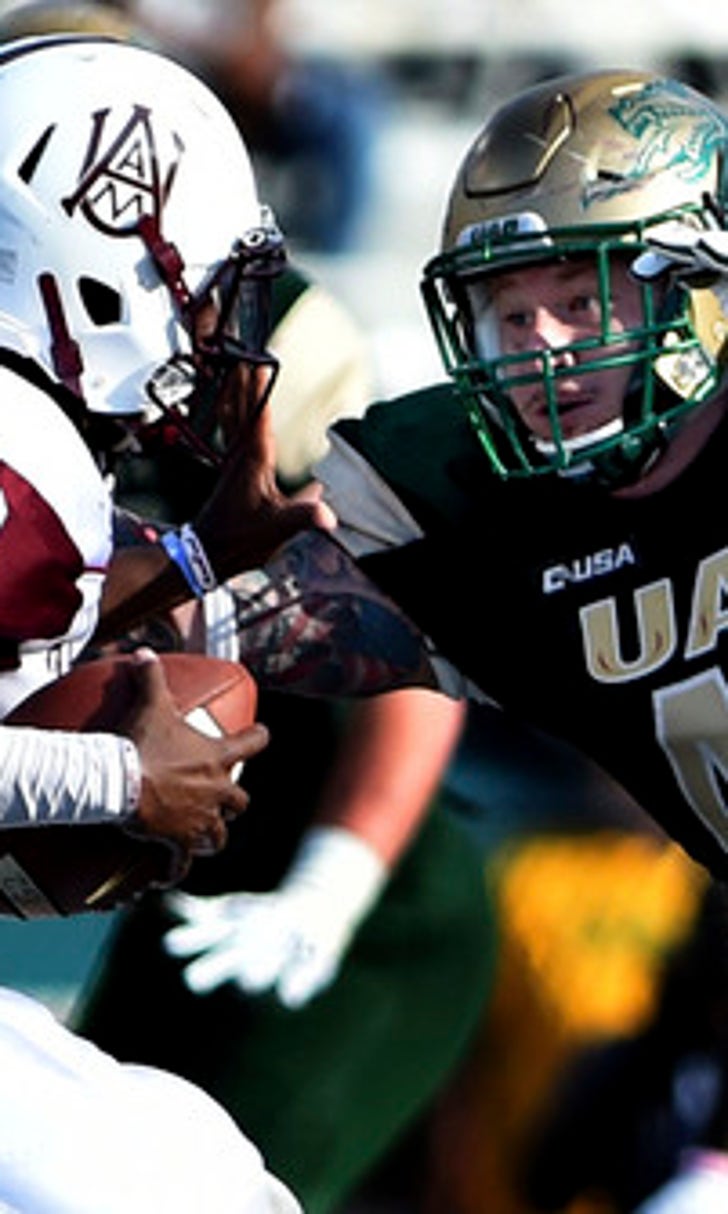 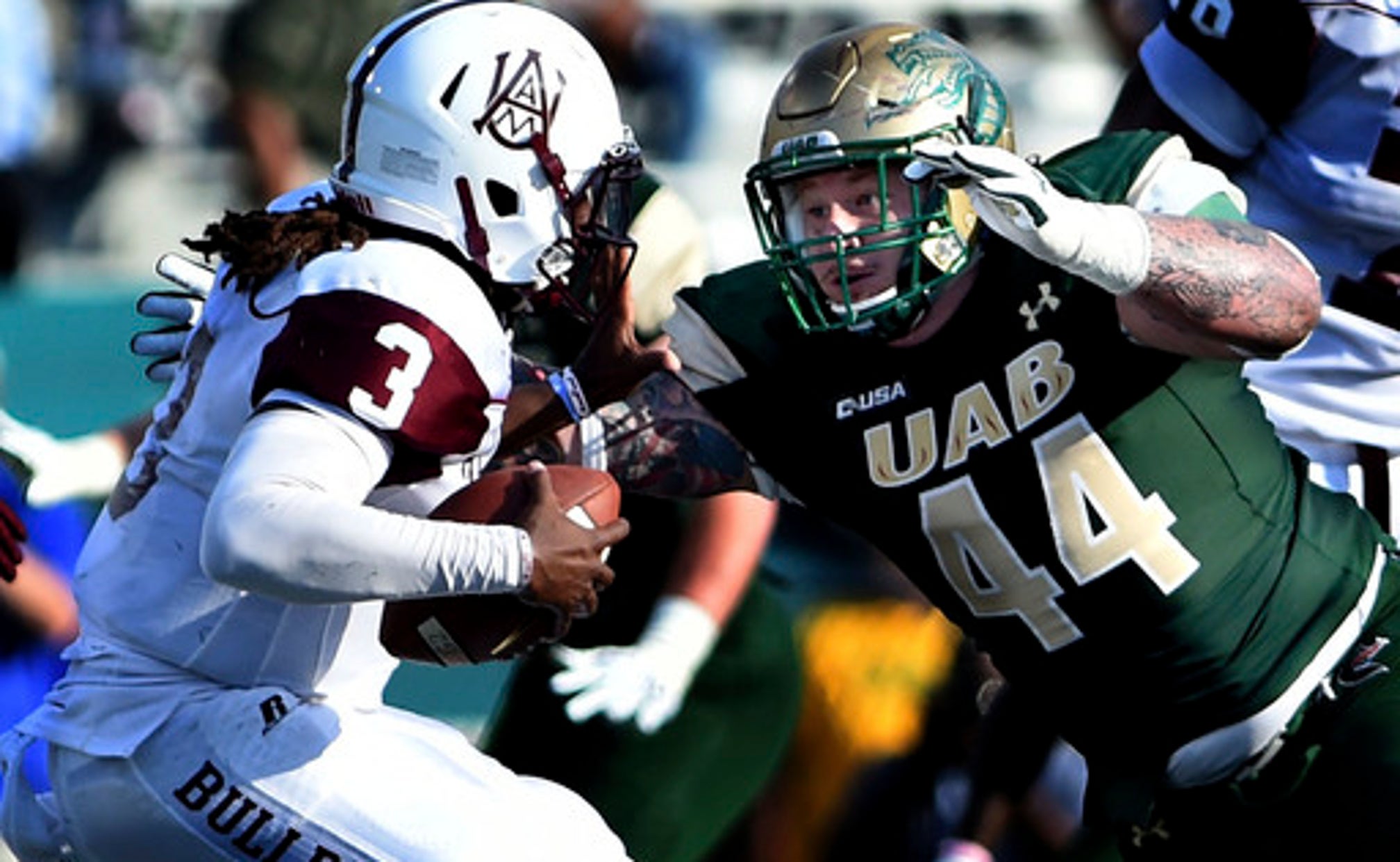 Resurrected UAB's football games going down to the wire

UAB's return to the football field has been quite the roller coaster ride.

The Blazers have lost on a two-point play in overtime and won with an end-of-game blocked field goal. In fact, the Blazers' first four Conference USA games since the program's forced two-year hiatus have all gone down to the last play and been decided by a combined seven points.

''You can imagine how difficult that was to deal with as players and coaches,'' Blazers coach Bill Clark said. ''We are trying to put that one to bed even though it'll be tough to forget about.''

Most of UAB's endings have been memorable leading up to Saturday's game at league rival Southern Miss. That's the last team Clark & Co. faced in the 2014 finale. UAB won to become bowl eligible for the first time in a decade, then the university shut the program - along with rifle and bowling - down citing the financial burden.

No other FBS team has had four conference games decided by fewer than 10 points this season.

The program was resurrected some six months after the shutdown following an outpouring of financial support. Clark and his staff spent the past two years building up a roster with signing classes and ultra-patient holdovers like linebacker Tevin Crews, defensive lineman Shaq Jones and safety Jordan Petty.

This season was bound to have some growing pains and surprises, but there have also been a string of wild finishes - both good and bad.

''Man, who could have scripted that?'' Petty said. ''It just shows the amount of fight that we have in our guys, the leadership. We'll go all the way down to the wire every time if we have to.''

UAB had a fourth-quarter field goal and a last-drive defensive stand in a 25-23 victory over Middle Tennessee.

Against Charlotte, Hasaan Klugh ran for a touchdown and caught the 2-point conversion on a flea flicker.

Clark has some experience in these scenarios. His Jacksonville State team in 2013 had three straight overtime games, winning two of them.

''It is hard on you emotionally,'' Clark said. ''As a coach and as a player you just have to be resilient.''

The Blazers have enjoyed more support than ever since the restart. UAB set a school-record with 45,212 fans for the opener against Alabama A&M. In four games at Legion Field, UAB's drawing an average of 30,631.

That's nearly triple the average from Garrick McGee's final season four years ago (10,548), when Petty was a freshman.

''It kind of drove me insane,'' Petty said of the turnout back then. ''To see the amount of support we have - even when I'm just out in the city and I have the (UAB) shirt on and people will stop and say, `Go Blazers' and all that. I'm not used to that.

''After so many months ... coach Clark instills in us that we are Birmingham's team and they really do care about us. It's awesome to know that we have that fan base, especially in a state that's so focused on college football.''

UAB Blazers
share story
those were the latest stories
Want to see more?
View All Stories
Fox Sports™ and © 2020 Fox Media LLC and Fox Sports Interactive Media, LLC. All rights reserved. Use of this website (including any and all parts and components) constitutes your acceptance of these Terms of Use and Updated Privacy Policy. Advertising Choices. Do Not Sell my Personal Info