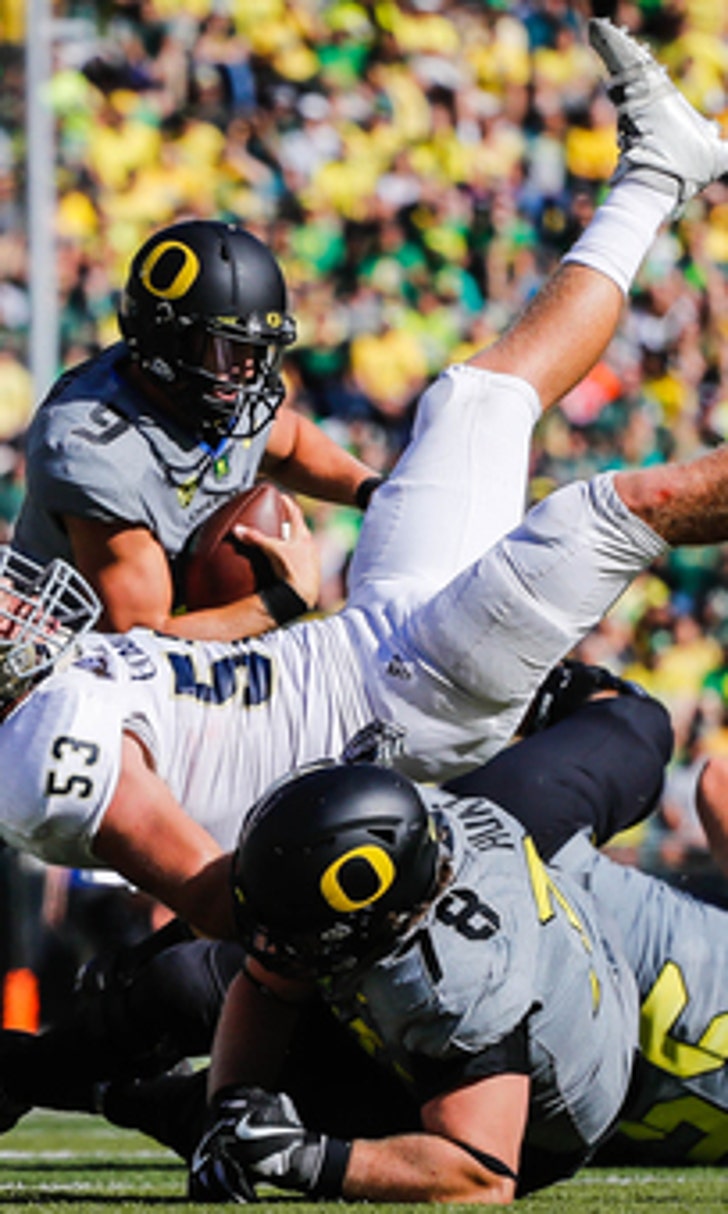 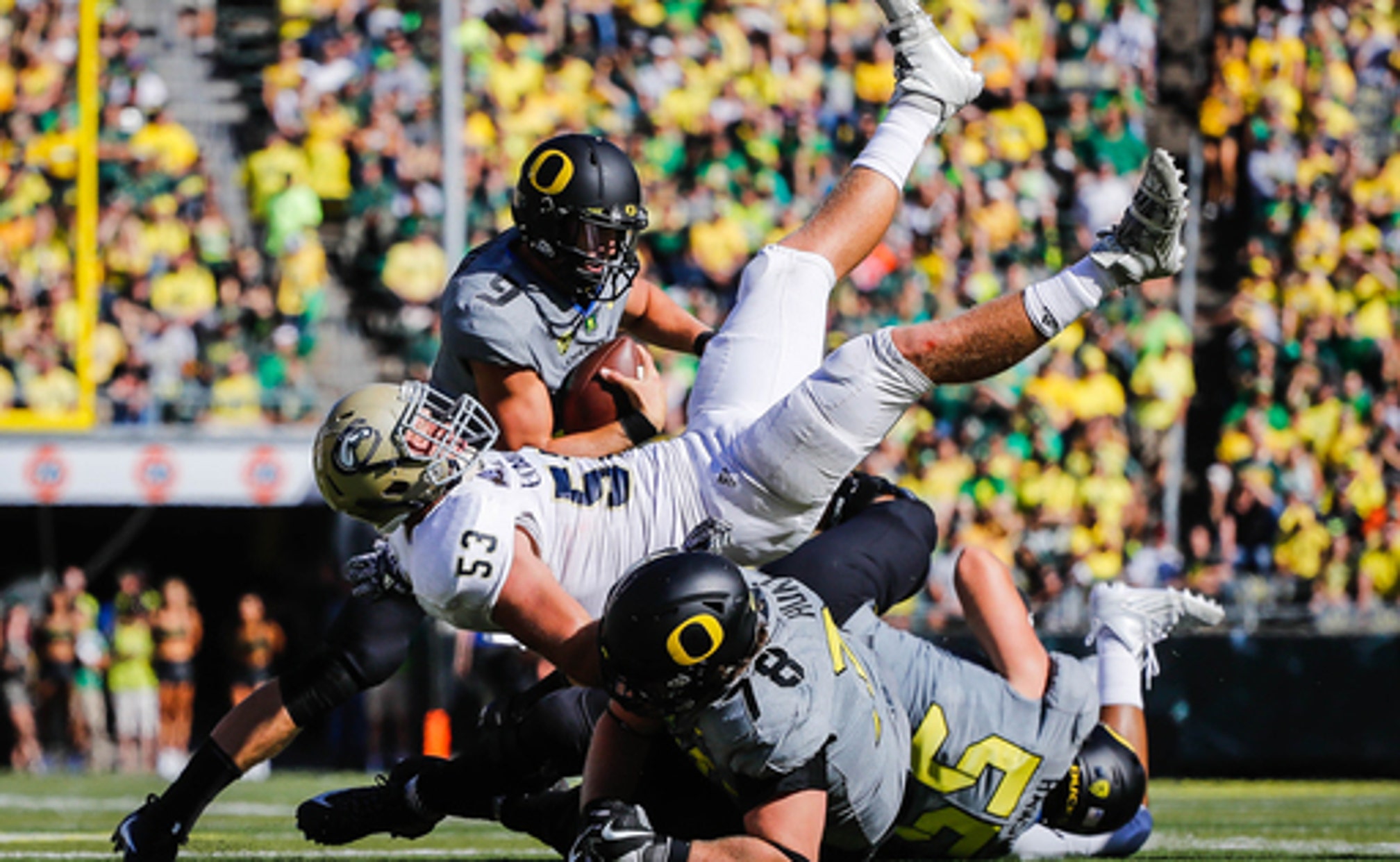 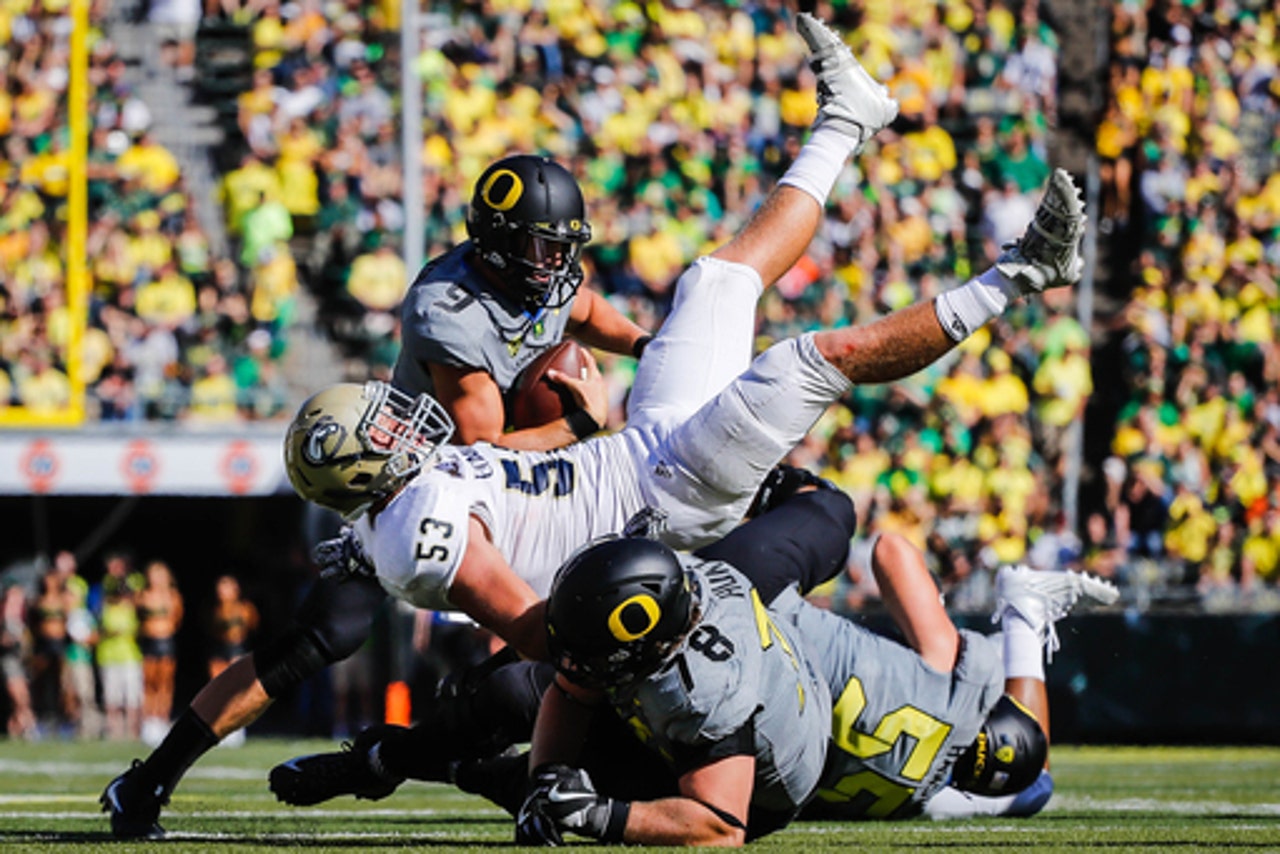 A trip to No. 24 Oregon certainly might strain it.

After a disappointing season-opening loss to lower-tier Richmond, the Cavaliers (0-1) make the 2,800-mile trip to Eugene to face the Ducks (1-0) on Saturday night.

Virginia's 37-20 loss to the Spiders last weekend was made worse by the fact that it happened at home, spoiling Mendenhall's debut.

''I think they were as hopeful as anyone that this would be an immediate turnaround,'' he said. ''But it's going to take time. And how much I'm not certain. But I am positive that it will happen and that the scheme, strategy and coaches that are here will be able to pull that off. Lots and lots of work ahead, steep learning curve still to come.''

Along that steep curve is the stop at Autzen Stadium, known for its inhospitable noise, and a late start time (10:30 p.m. ET). Then there are the Ducks themselves, who beat UC Davis 53-28 in their opener last weekend.

That doesn't bode well for the Cavaliers, who allowed 524 in Richmond's third win in 33 meetings between the two teams.

Mendenhall won 99 games in 11 seasons at BYU before taking over Virginia, which hasn't been to a bowl game since 2011.

Other things to watch when Oregon hosts Virginia:

GRADUATE TRANSFERS: Oregon and Virginia feature graduate-transfer starting quarterbacks who were solid in their first outings. Oregon's Dakota Prukop, who came from Montana State, threw for 271 yards and three touchdowns while rushing for another in the victory over UC Davis. Kurt Benkert, who transferred to Virginia from East Carolina, threw for 264 yards and three touchdowns but had an interception.

FIRST-GAME FUMBLES: Virginia lost three fumbles in its opener, including two by senior tailback Taquan Mizzell. Mendenhall took responsibility, saying Mizzell was held out of scrimmages and wasn't tackled live in fall camp. In hindsight, the coach said he might have handled it differently.

''I had the first-game jitters. I just took my eye off the ball for a second and fumbled it,'' Nelson said. ''Second time, I just tried to make extra yards. I should have run out of bounds. I had the ball in the wrong hand, and the other guy made a great play.''

GOIN' BACK TO CALI: Virginia went west last season, visiting then-No. 13 UCLA and returning home with a 34-16 loss. The Cavaliers are 0-6 against the Pac-12, and their last win west of the Mississippi came in 1999 when they beat BYU 45-40 in Provo.

''It's an out-of-conference game, so I feel like what we did last season going over to California and playing UCLA, I feel like we went into that game with a lot of momentum and just thinking that `We can do this''' Even though we ... didn't win that game, but I feel like this year it's going to be the same way with a different outcome,'' Virginia running back Albert Reid said.

DUCK DOMINANCE: Oregon visited Virginia and Scott Stadium back in 2013. Future Heisman Trophy winner Marcus Mariota, then in his second year as starter for the Ducks, passed for 199 yards and two touchdowns and rushed for another 122 yards and a TD in the 59-10 Oregon win.

UNIFORMS? OF COURSE!: It really wouldn't be a fall weekend without the introduction of a new Oregon uniform . The model for Virginia is all yellow with what appears to be a stylized wing motif on the shoulders. Matte black helmets with a Duck logo complete the ensemble. Oregon football's Twitter account called the look ''swift lightning.''