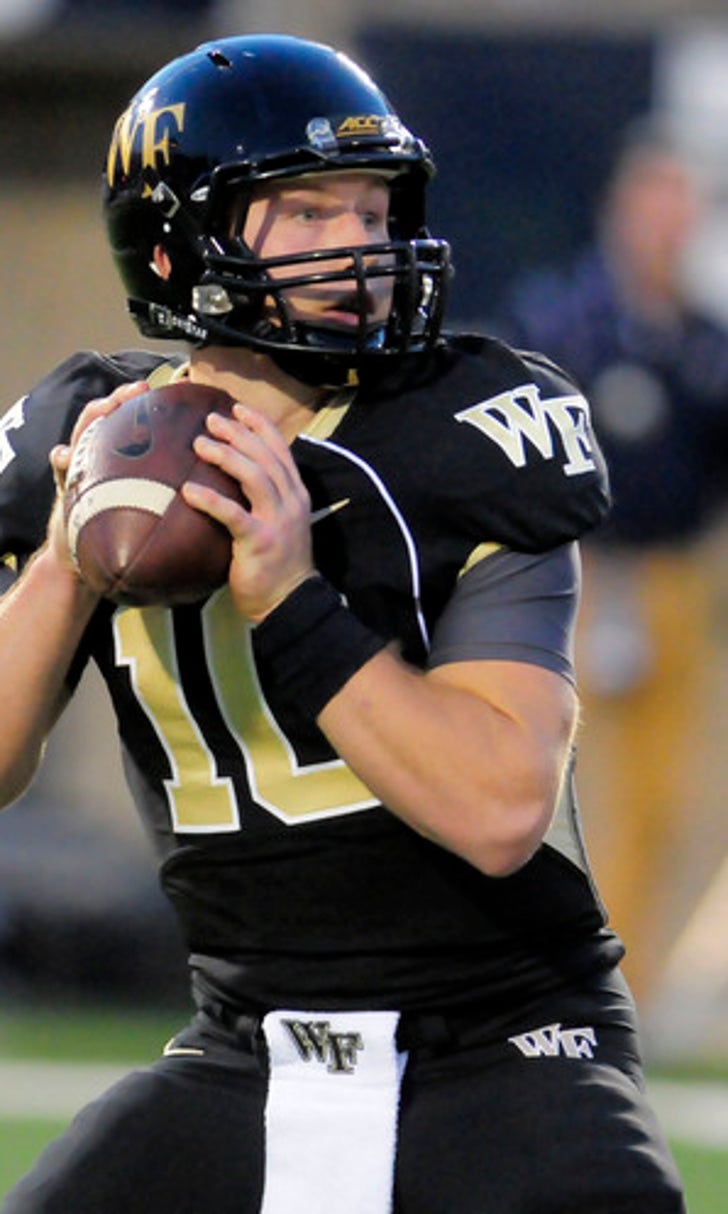 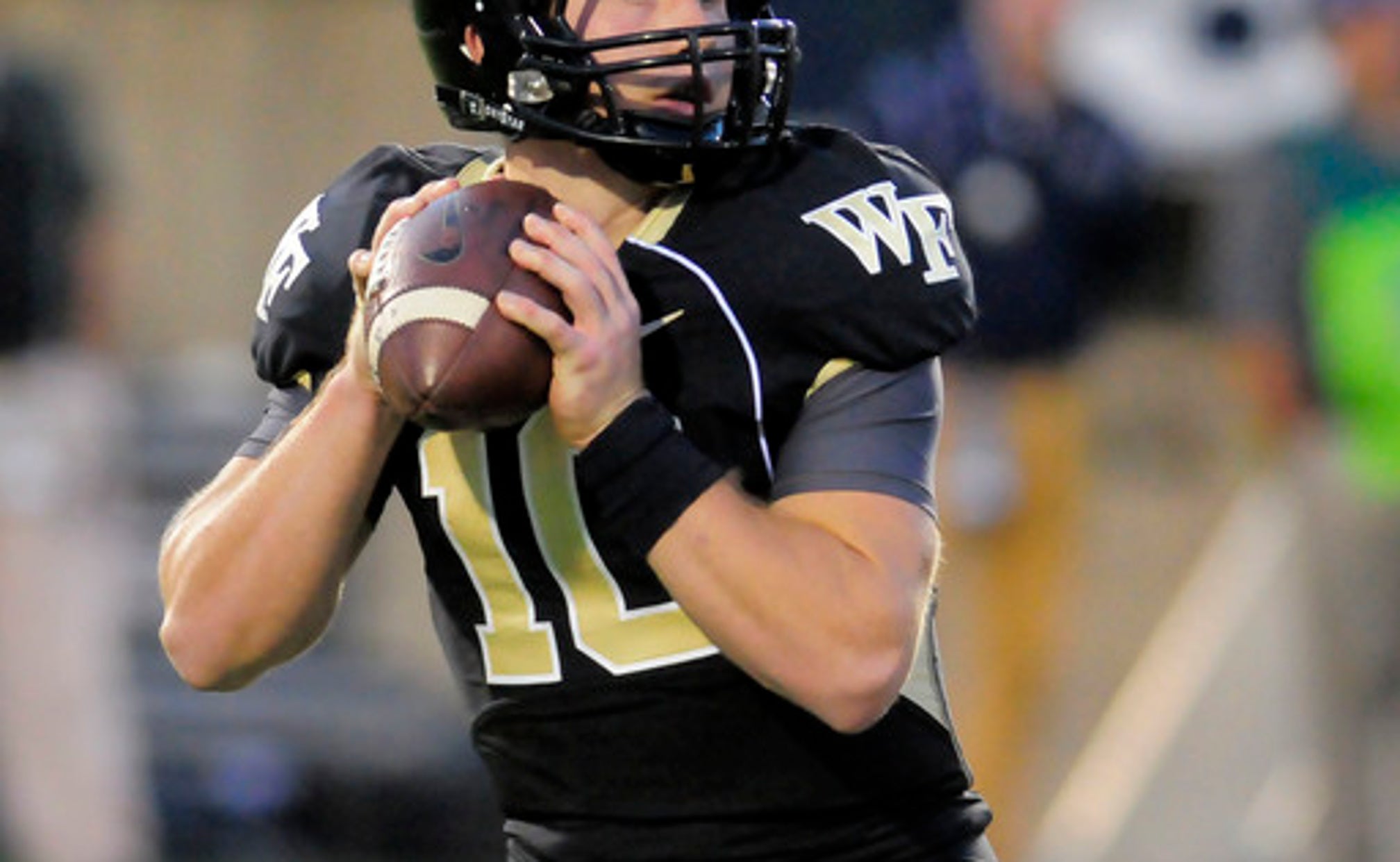 The senior is set to become the program's first quarterback to start four consecutive season openers Thursday night when the Demon Deacons begin against Presbyterian of the FCS.

''It's an interesting situation and I'm happy that I'm playing,'' Wolford said. ''I'm competitive, but ultimately we've got to go out and perform every day. It's a cool stat, but whatever happened three years ago, two years ago, one year ago, doesn't matter.''

Wolford's career has seen plenty of turbulence : He was the starter during a pair of 3-9 finishes as a freshman and sophomore, then helped lead the Demon Deacons to a 7-6 record and a Military Bowl victory over Temple last year while his main competitor for the job - Kendall Hinton - missed the final 10 games with a knee injury.

When Hinton healed, he began camp as the first-string QB but Wolford beat him out to reclaim his job. Wolford has started 33 of the team's 37 games since 2014.

''The offense has done a great job this offseason and camp, so it's a chance for us to come out and show how much we improved,'' Wolford said. ''We're making more plays down the field, just in terms of simple execution, guys breaking tackles, all the things you need to be successful.''

Some things to know about Wake Forest's opener against Presbyterian:

GROUND GAME: Wake Forest's rushing offense showed considerable improvement a year ago, finishing at No. 101 with an average of 145.8 yards - 40 yards per game better than in 2015, when it ranked sixth-worst in the FBS. Cade Carney and Matt Colburn are listed as 1-2 on the depth chart, and coach Dave Clawson hopes redshirt freshman Arkeem Byrd can step up and be a third option.

NEW DEFENSIVE STAFF: This marks the debut at Wake Forest for three new defensive assistants - coordinator Jay Sawvel, who was at Minnesota last year; linebackers coach Brad Sherrod, who was Sam Houston State's defensive coordinator in 2016; and safeties coach Lyle Hemphill, who was on Stony Brook's staff a year ago. The personnel was overhauled after Mike Elko left for Notre Dame but coach Dave Clawson says the philosophies and the 4-2-5 scheme remains similar.

YOUNG DEACS: One stat emphasizes just how few seniors the Demon Deacons had last year. Every player who scored a point for Wake Forest is back this year, with Wolford and RB Cade Carney the leaders with six rushing touchdowns apiece in 2016. The returning Demon Deacons players also were responsible for 189 of the team's 190 catches last year and all but 23 of the 1,895 yards rushing. Wake Forest has just nine seniors on the roster this year, tied for second-fewest in the FCS - one more than Georgia Southern.

ACC OPENER LOOMS: The Demon Deacons might not want to put too much on film against a seemingly outmanned FCS opponent - Wake Forest opens Atlantic Coast Conference play next Saturday at Boston College.

BACK IN CHARGE: There isn't much new about Presbyterian's new coach. Tommy Spangler is back as the Blue Hose's head coach - a position he held from 2001-06 while they were in Division II. After six seasons as Louisiana Tech's defensive coordinator, he spent the last four years in the same position at Presbyterian but was selected to replace Harold Nichols, who resigned a day after the team finished 2-9 overall and 1-4 in Big South play.