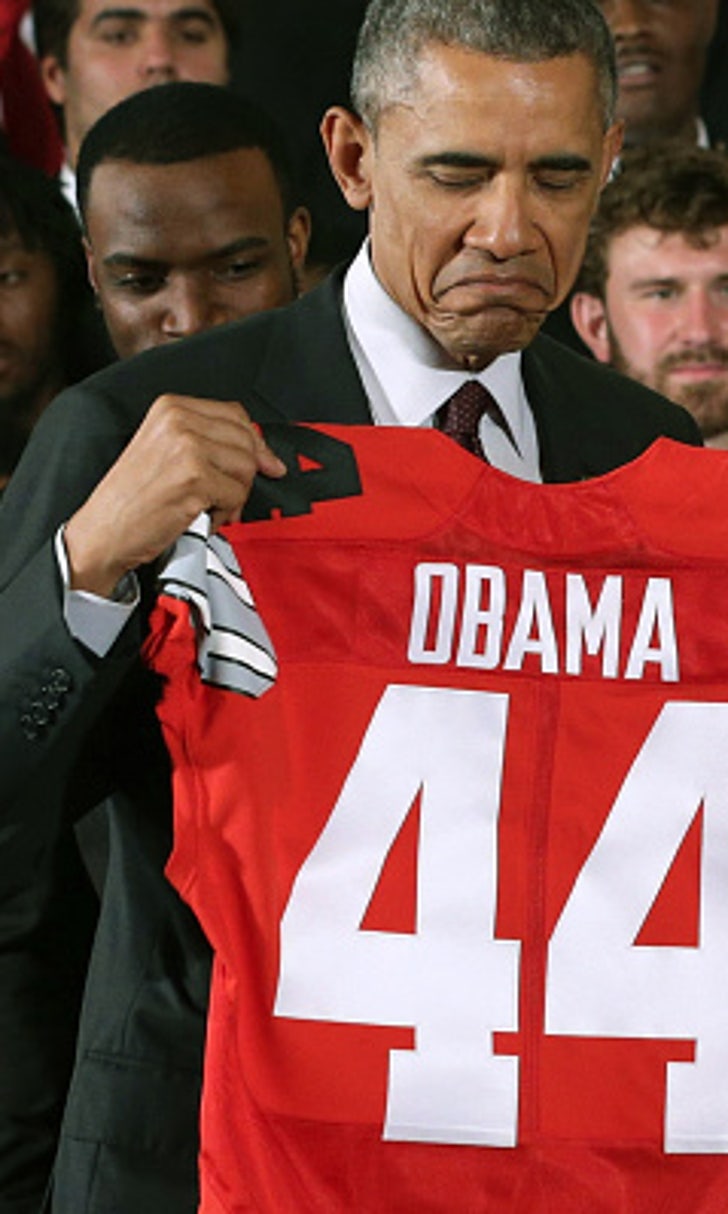 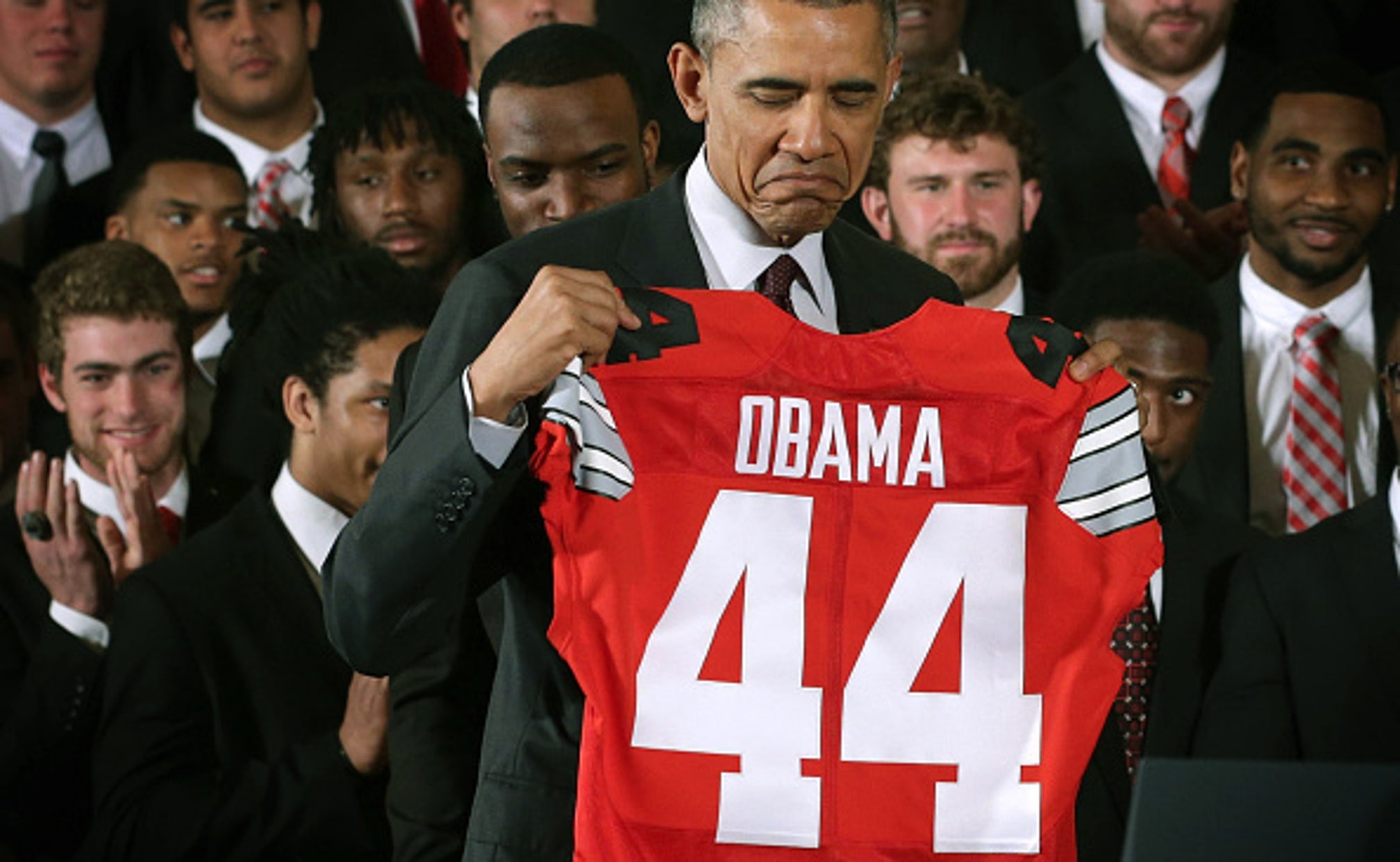 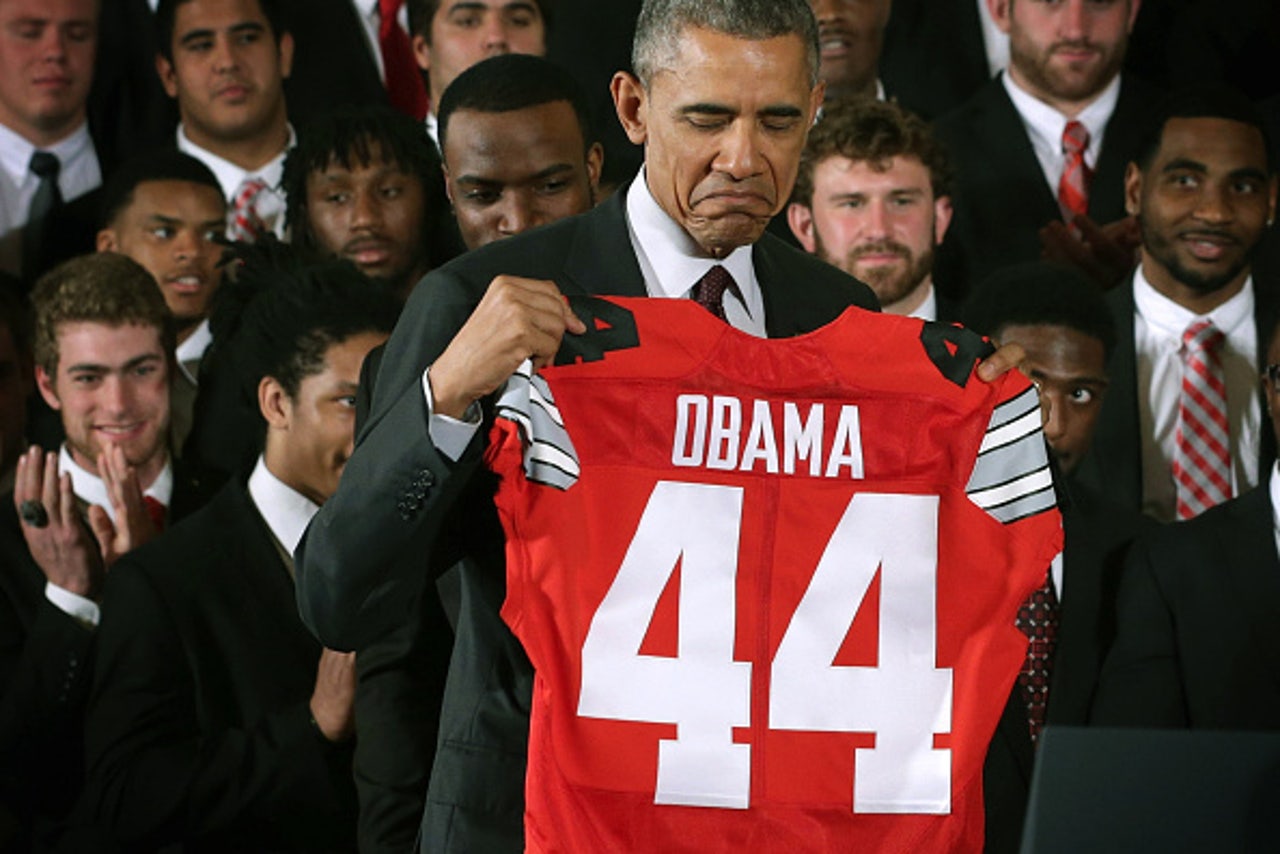 The Ohio State football team was honored at the White House on Monday for its national championship season. The Buckeyes presented President Barack Obama with a jersey and commemorative football during the ceremony.

When Obama took to the podium to speak, he led those in attendance in the famous “O-H-I-O” chant. You can see the video here.

Looks like the President was enjoying himself there. After all, he did win Ohio in both Presidential elections.