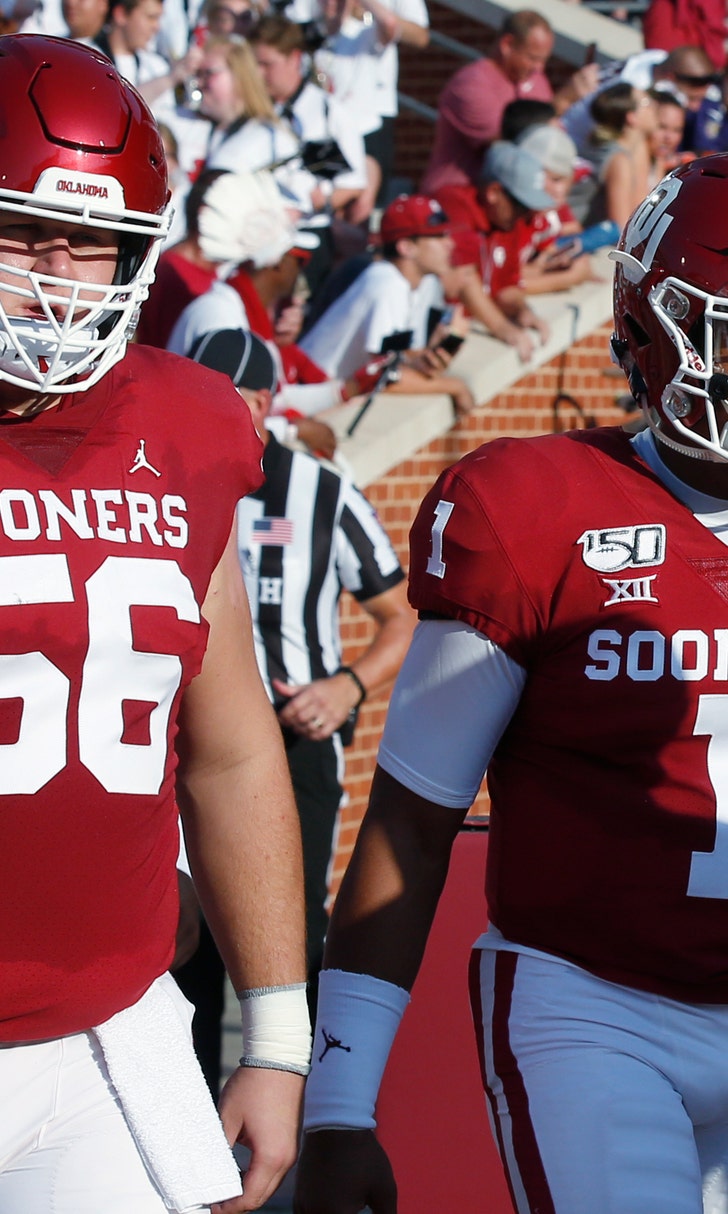 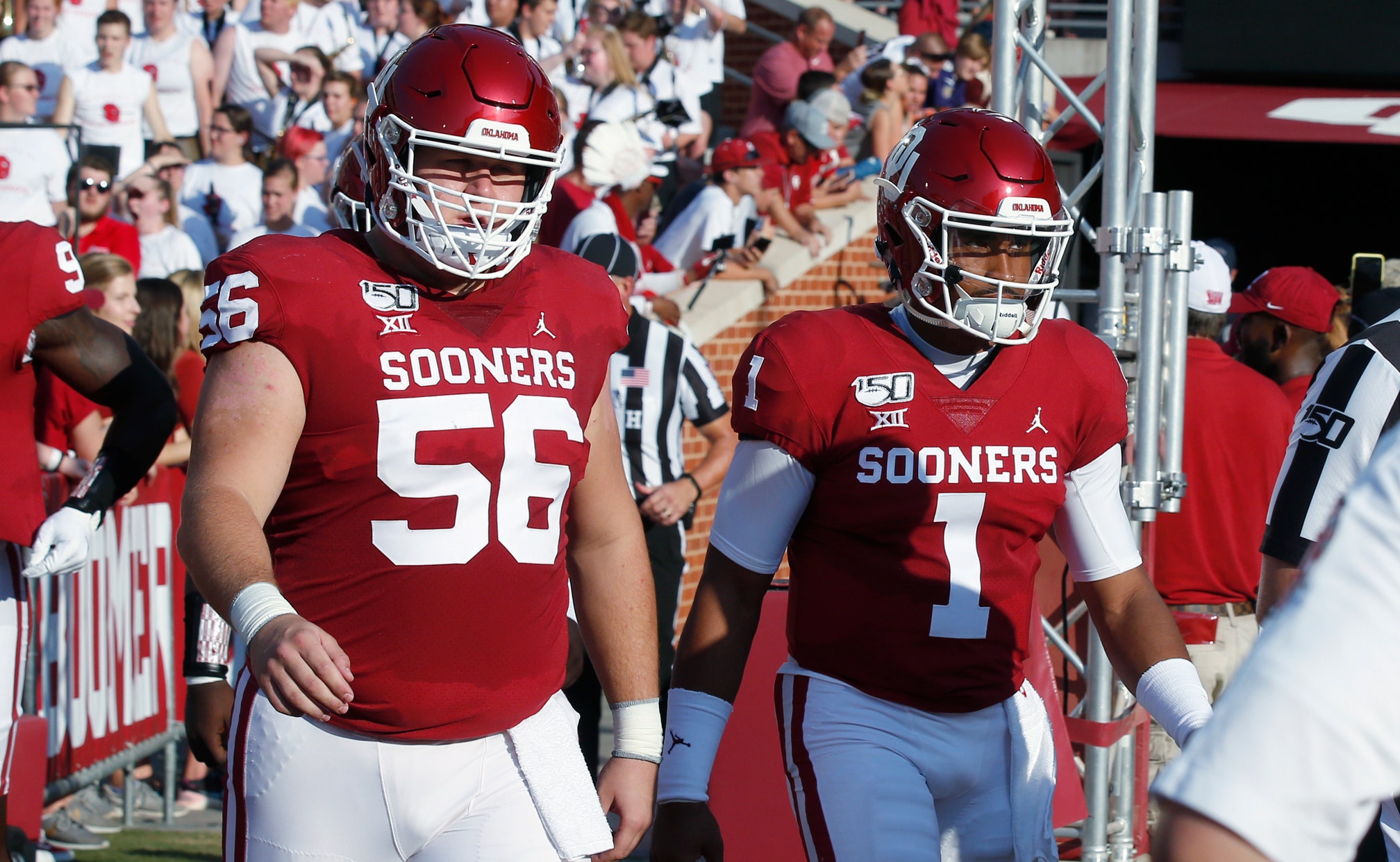 Bobby Evans, Cody Ford, Dru Samia and Ben Powers all were drafted into the NFL from last year's team that reached the College Football Playoff. With new faces in place, the fifth-ranked Sooners lead the nation with 709.5 yards per game. Oklahoma (2-0) hopes to keep it rolling Saturday at UCLA (0-2).

Oklahoma coach Lincoln Riley resorted to picking at penalties to find a weakness, but even he acknowledged he was reaching.

"We had some silly penalties that really set us back," Riley said. "But I think it shows you the standard of what we expect there. Not just the standard, but how good we expect this group can be that we can have 70 points and a bunch of yards and still not be happy about the way we played upfront."

Hayes, the starting left guard, missed Saturday's game against South Dakota with an undisclosed injury. Swenson started at left tackle and Proctor moved over to left guard. Hayes' status for the UCLA game is uncertain.

Regardless of the combination, the results have been good, especially for a squad with one senior on the two-deep depth chart. Hayes, Humphrey, Robinson and Ealy are sophomores. Proctor, a senior, is a graduate transfer from Virginia.

"There are makings of a good group, and we've had some really good moments up front in the first two games," Riley said. "We have to continue to get more of those as we move forward."

"I mean, just hard workers," running back Kennedy Brooks said. "Just dogs in there. They just go down in the trenches and work every single day, don't complain about it, just get in work. I'm really proud of them."

In the opener, the Sooners gained 686 yards against Houston — 332 yards passing and 354 yards rushing.

"We did some really nice things in the run game," Riley said after the South Dakota game. "We were better and a little cleaner in the run game than we were the first week."