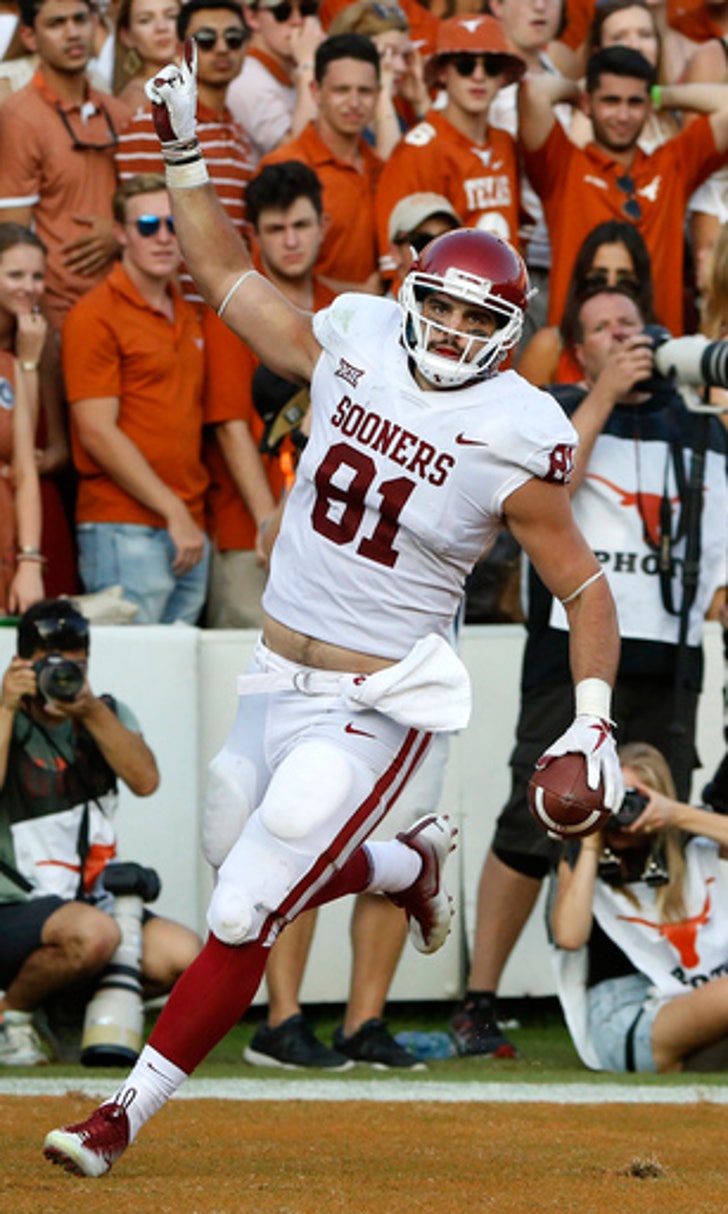 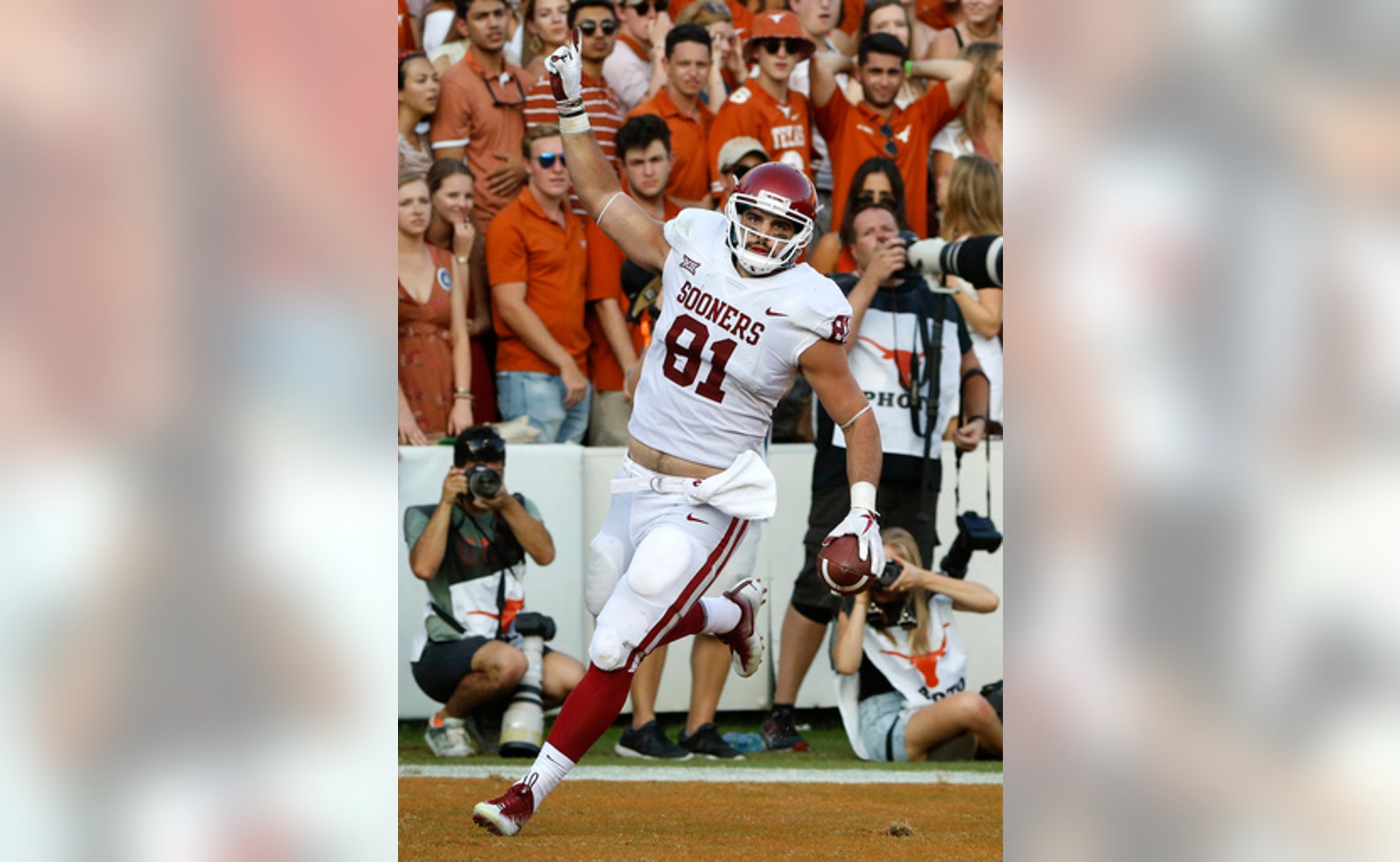 At 6-foot-5 and 254 pounds, Oklahoma's tight end looks the part of a red zone target, and he has been great in that role for quarterback Baker Mayfield. But he also can break a defense down the field. He scored from 59 yards out in the fourth quarter to help the Sooners beat Texas 29-24 last Saturday.

The junior is No. 9 Oklahoma's leader with 23 catches and 459 yards heading into Saturday's game at Kansas State. Perhaps the most impressive statistic for someone so big is his 20 yards per reception, best in the nation among tight ends.

''A guy who's that big shouldn't be able to run that fast,'' Mayfield said. ''Teams have to be able to pick and choose who they want to cover him. They put a little guy who can run with him, he's just much bigger and will body him up. Then you put a bigger guy who might match up his size, he can outrun him. It poses trouble for them.''

The two-time All-Big 12 selection has scored on 17 of his 73 career receptions. He had a 61-yard scoring grab as a freshman against Tulsa and had a 64-yard touchdown catch last season against Houston. He appears to have the tools of an NFL tight end.

Andrews had four catches for 76 yards against Tulane. Receivers coach Cale Gundy saw growth in other areas that day.

''Where I see him getting better is he's being a bit more physical,'' Gundy said. ''People think he's one of the better tight ends around and he needs to play like it. I saw some subtle things with his demeanor and how he approached the game. He's an older guy. What you want to see is people improve from year to year. He works really hard.''

''It's obviously great for us to have,'' Mayfield said. ''Teams want to double team him, and keying on him too much is when you get the guys on the outside who have big games. He factors well, not just for his play and his performance. He helps out other guys on the outside.''

Andrews is such a freakish athlete that he played defense at the end of the Texas game.

''That's our superhero package,'' cornerback Jordan Thomas said. ''Just kidding. That's just a last-minute prevent. We get our guys who catch the most balls to judge the ball in the air. It's common sense.''

Riley said Andrews could thrive at the next level, especially if he lands in the right place.

''It will depend when that time comes for him and what system you get in and how they use you and all that,'' he said. ''Tight ends right now are a big deal in creating those different matchups in both in our game and theirs. He's been good for us, and I'm sure whenever he makes that move he'll do a good job there.

Sports World Reacts To Maradona's Death
Legendary Argentinian soccer superstar Diego Maradona has died at age 60, and the sports world is mourning his passing.
5 days ago