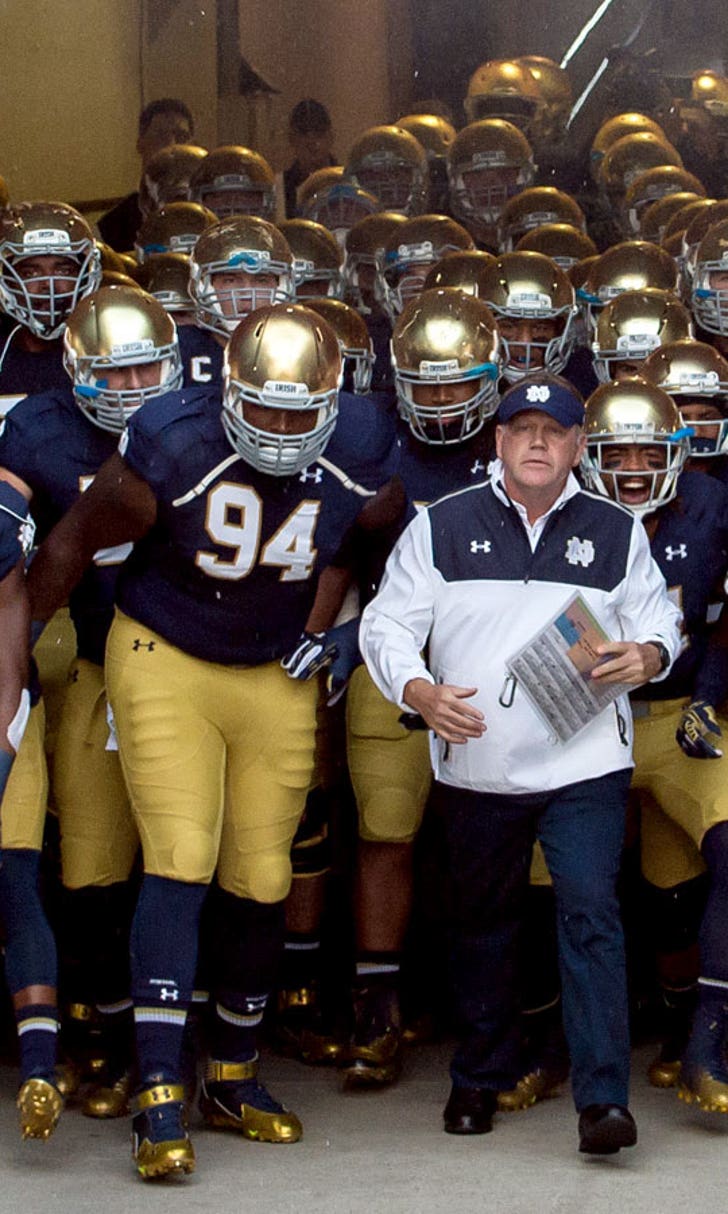 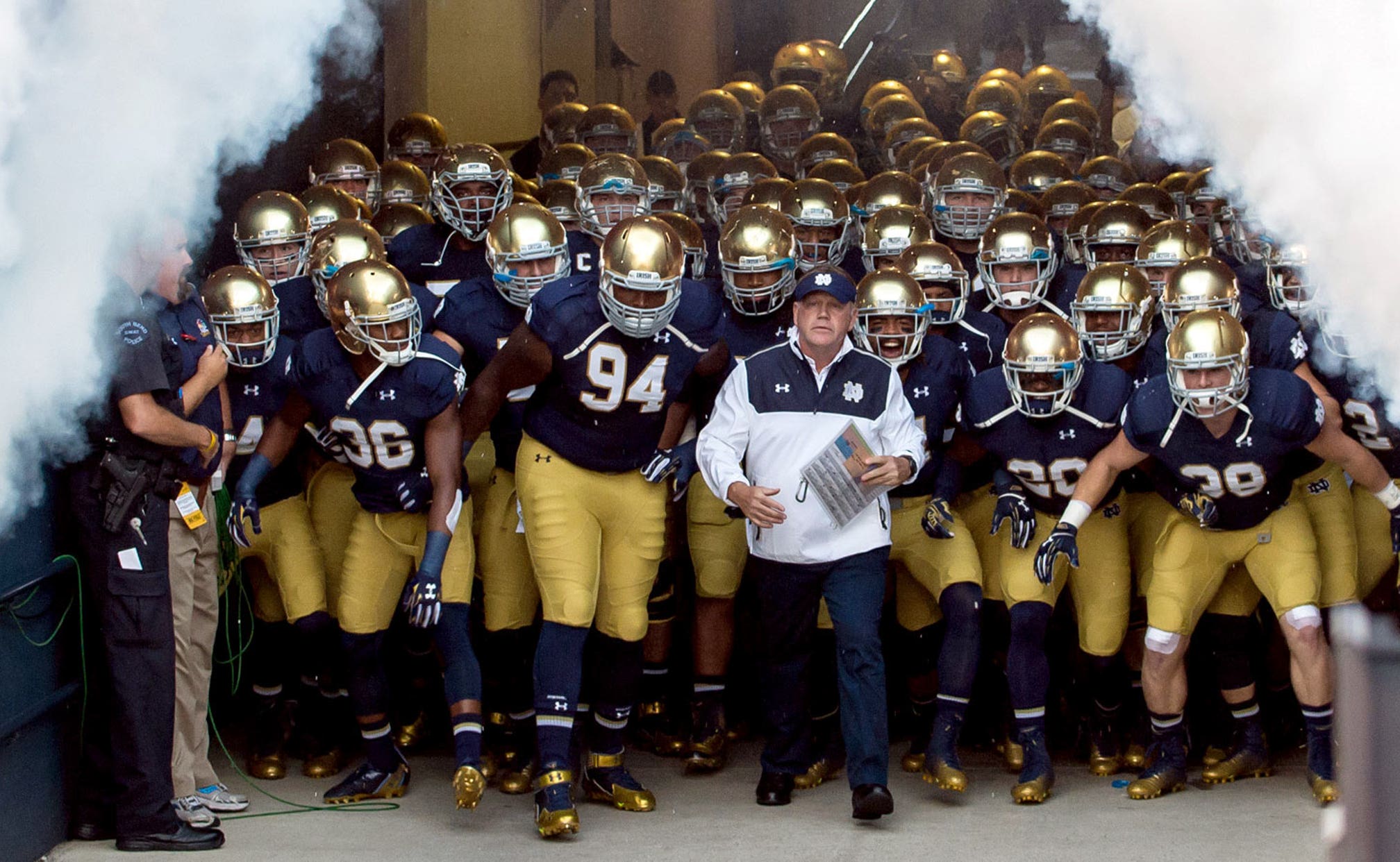 Notre Dame O-line could be Brian Kelly's deepest yet 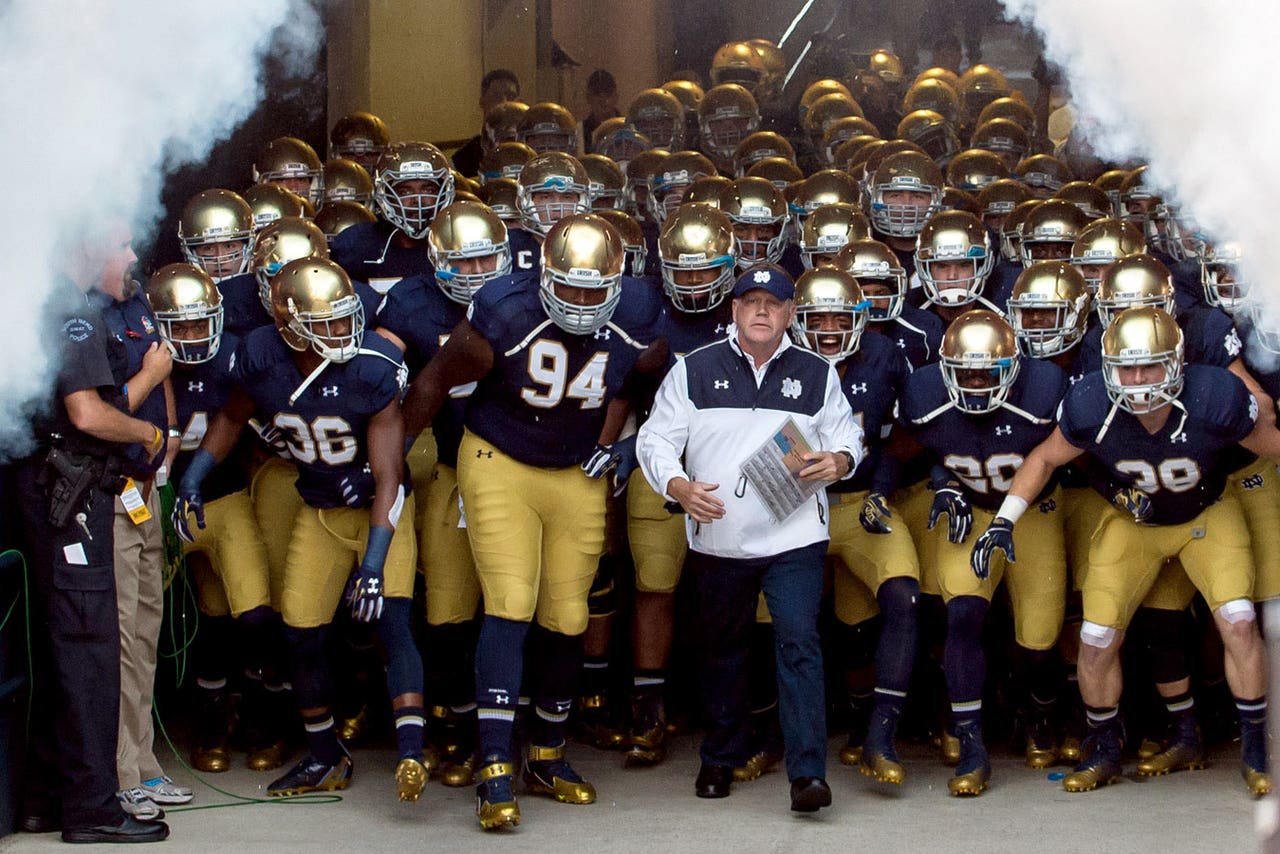 Brian Kelly is enjoying the finest quarterback protection he's seen in his six seasons at Notre Dame, as the head coach touted the play of his offensive linemen in a report by Rachel Terlep of The Elkhart Truth.

The Fighting Irish O-linemen are so athletic, Kelly even called a trick play requiring 315-pound tackle Ronnie Stanley to catch a pass. Stanley made the grab, according to Terlep, and rumbled for a 14-yard gain.

Although it's certainly an interesting wrinkle in the offense, you can count on Stanley and the other Notre Dame offensive linemen to stand out this season for their blocking ability—not their receiving skills.