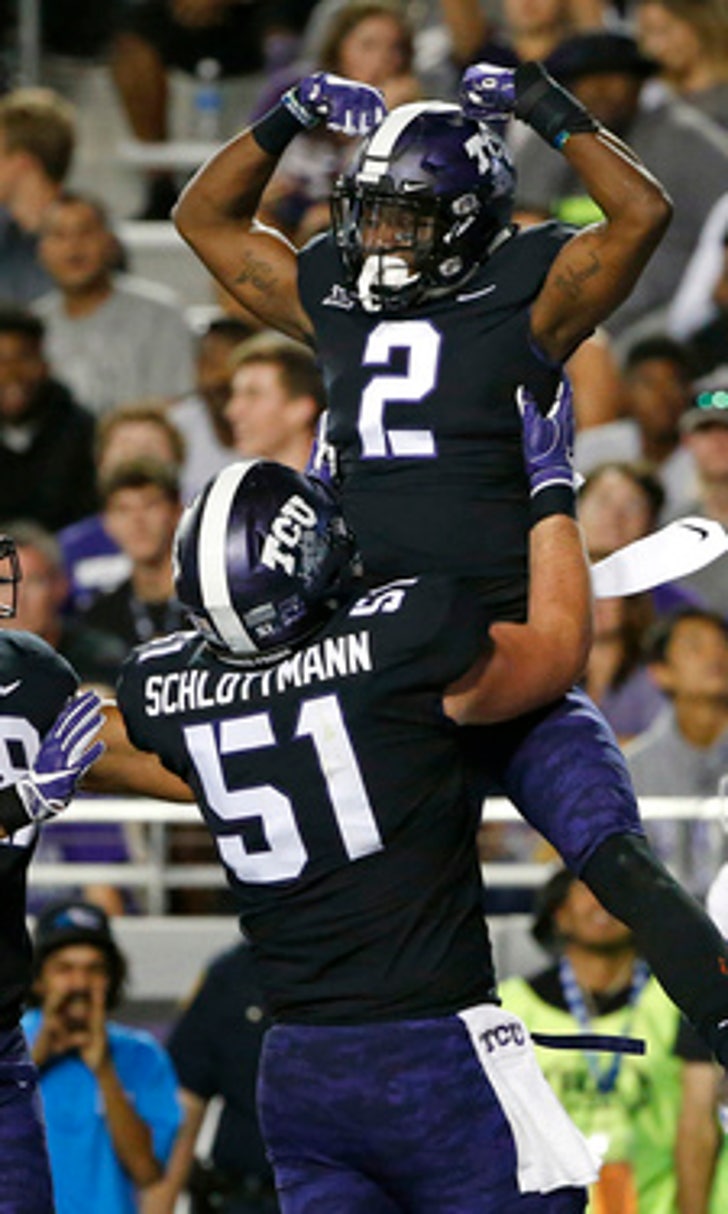 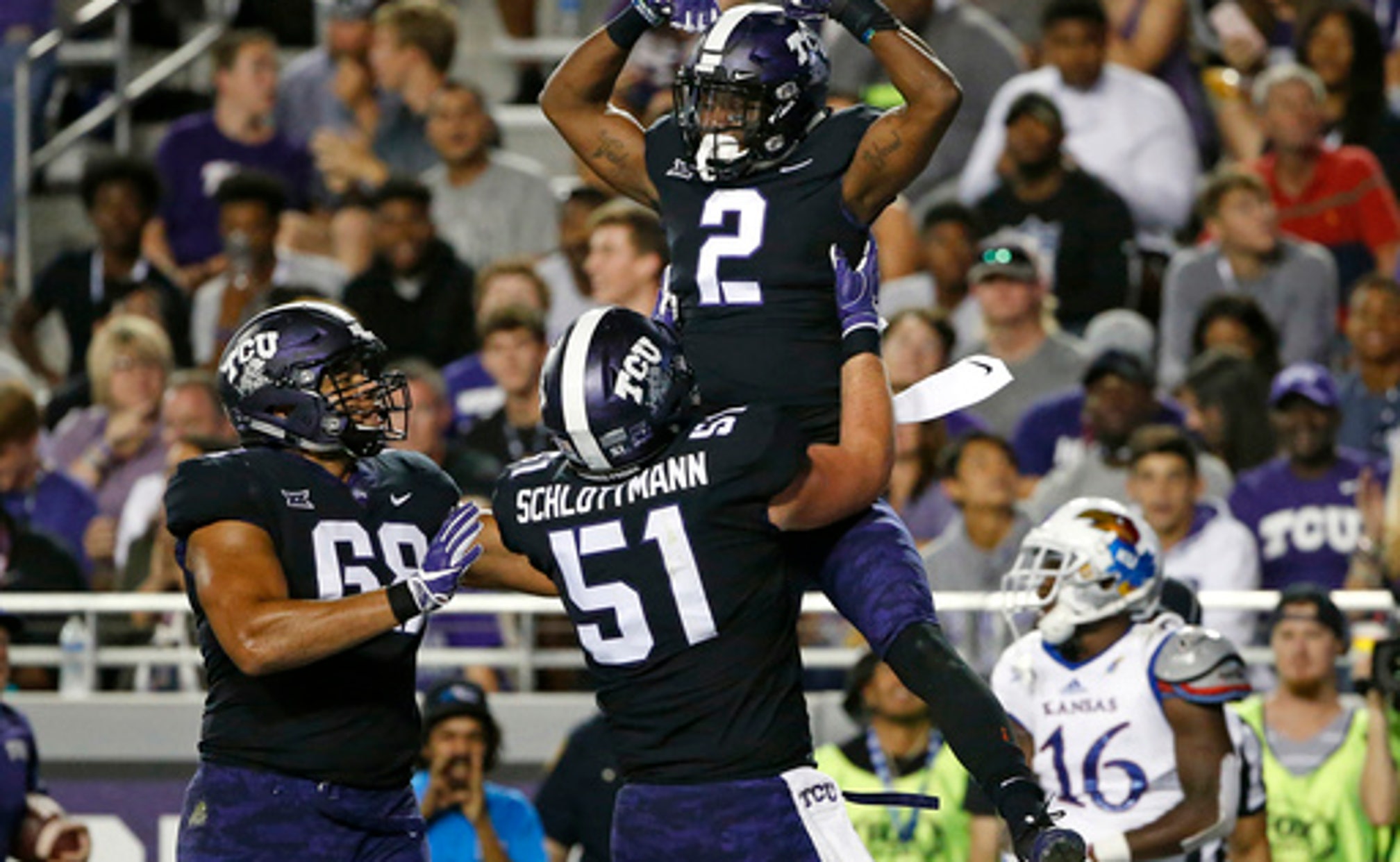 No. 4 TCU can solidify playoff position with Iowa St win

FORT WORTH, Texas (AP) When TCU last played Iowa State before the release of the College Football Playoff rankings, the Horned Frogs won by 52 points in the 2014 regular season finale. They then dropped out of the top four and were left out of the playoff.

A win of any margin over the surprising No. 25 Cyclones this time would almost certainly solidify the fourth-ranked Horned Frogs being in the top four of the initial playoff rankings this season.

TCU (7-0) is the Big 12's only undefeated team and headed to Iowa State (5-2) on Saturday. It is the last game before the CFP selection committee releases the first of its six weekly rankings for the season on Tuesday night.

''We're worried about going up to Ames and coming back 1-0 because if you don't do that, none of that stuff matters next week,'' running back Kyle Hicks said.

''If we don't handle business and take care of what we have now, it's not going to really matter next week,'' cornerback Ranthony Texada said. ''Day by day, the little things, it will take care of itself if we're doing that.''

''I have to win a ballgame for it to matter to us,'' Patterson said. ''Maybe I'll think about that on Sunday. ... We need to make sure that we take care of our business, and we'll see what everybody has to say after that.''

TCU plays three of its next four games on the road, including at 10th-ranked Oklahoma, the two-time defending Big 12 champion and only league team with a playoff appearance.

Hicks and Texada were redshirt freshmen who played in all 13 TCU games in 2014. Texada started every game in that 12-1 season, with TCU's only loss a 61-58 shootout at Baylor before finishing with a 42-3 win over Ole Miss in the Peach Bowl after being left out of the first four-team playoff.

The Frogs were third in the CFP rankings before that 55-3 win over Iowa State in 2014, but dropped three spots to sixth. Eventual national champion Ohio State, coming off a 59-0 win in the Big Ten championship game, and Baylor passed them.

There is clearly one way for the Frogs to make sure the selection committee has no questions about them, especially that first weekend in December for the final rankings after the first Big 12 championship game during the four-team playoff era.

''It hurt and guys were a little disappointed, but at the end of the day we couldn't control that. I tell the younger guys that we're really in control of what our season can be right now,'' Texada said. ''You win out then you don't have to worry about it.''

TCU hasn't given up a touchdown its last two games, including a 43-0 win over Kansas at home last Saturday night. Iowa State also shut out the Jayhawks at home, 45-0 the week before that between road wins against Oklahoma and Texas Tech.

The Frogs have also won at Arkansas, No. 11 Oklahoma State and Kansas State, and at home against No. 22 West Virginia.

''If this team can work through and navigate this season with no or one loss ... playing on the road in places we have to go, things you have to do, it truly would be an amazing feat by this group,'' Patterson said. ''It's hard to do.''