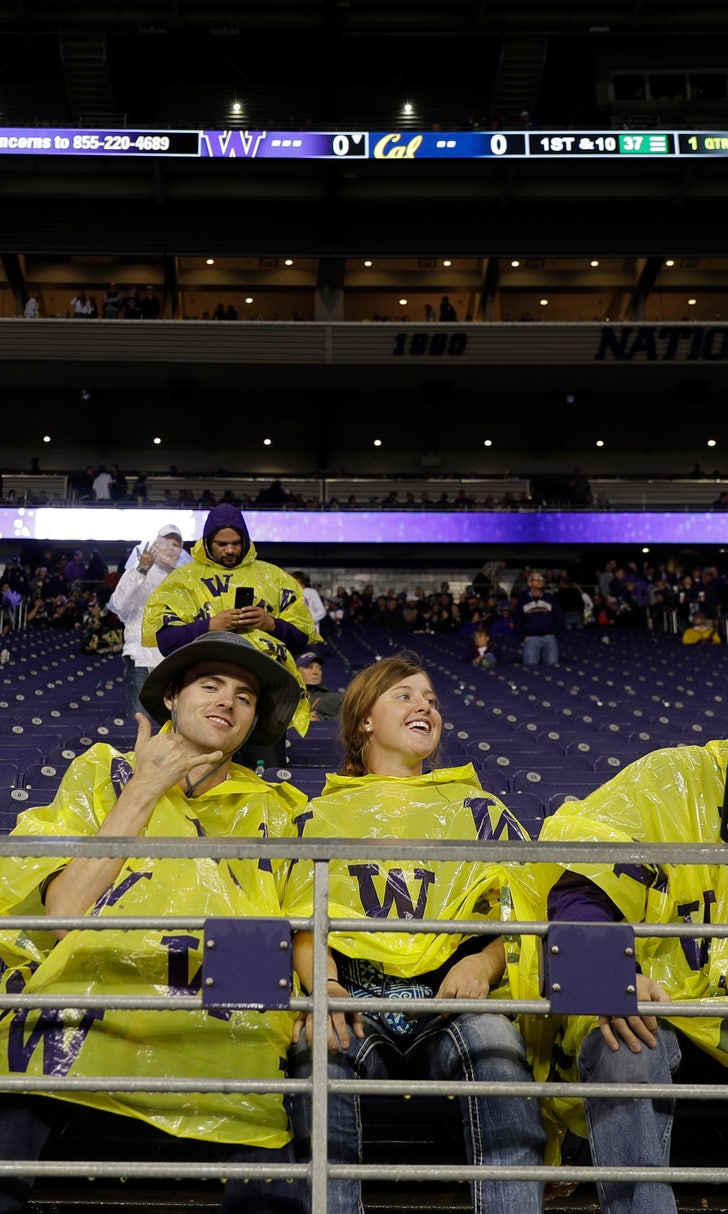 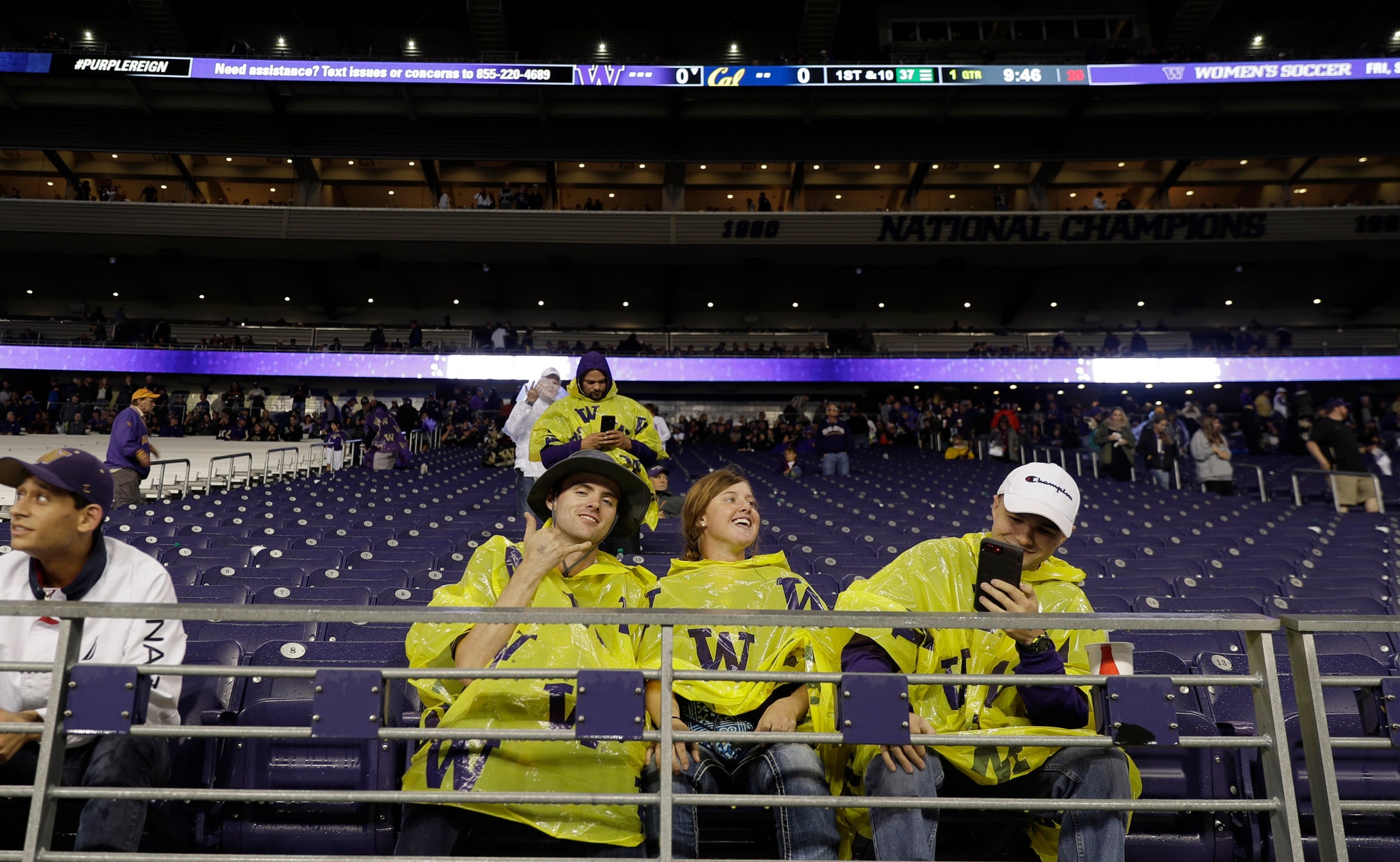 No. 14 Washington and California resume after weather delay

SEATTLE (AP) — No. 14 Washington's game against California has resumed after a delay of more than 2 ½ hours on Saturday night due to severe weather in the Seattle area.

The game was stopped shortly before 8 p.m., with 9:46 remaining in the first quarter, and resumed at 10:30 p.m. According to the National Weather Service, severe thunderstorms and lightning were moving from the south toward the Seattle metro area.

Teams cleared the field and fans sitting in metal bleacher sections of Husky Stadium were encouraged to seek shelter.

The warning was accurate.

The storms moved swiftly into the area. Within minutes of the delay, lightning was flashing in the sky. Fans were removed from the open bleachers of the stadium and huddled under cover or in the concourses of the stadium. Thousands made their way to the parking lots surrounding Husky Stadium and resumed tailgating, although many just got in their vehicles and headed home with the already late kickoff.

During the delay, the stadium DJ went through a long list of rain-related songs including "Thunder," ''Thunderstruck," and "Thunder Rolls," among others.

As the rain picked up in intensity, the sky was a continual flash as lightning was constant throughout the area. About 90 minutes into the delay, the weather calmed down but just after the delay hit the two-hour mark, another lightning flash just delayed the restart.

The game was scoreless when the delay hit.