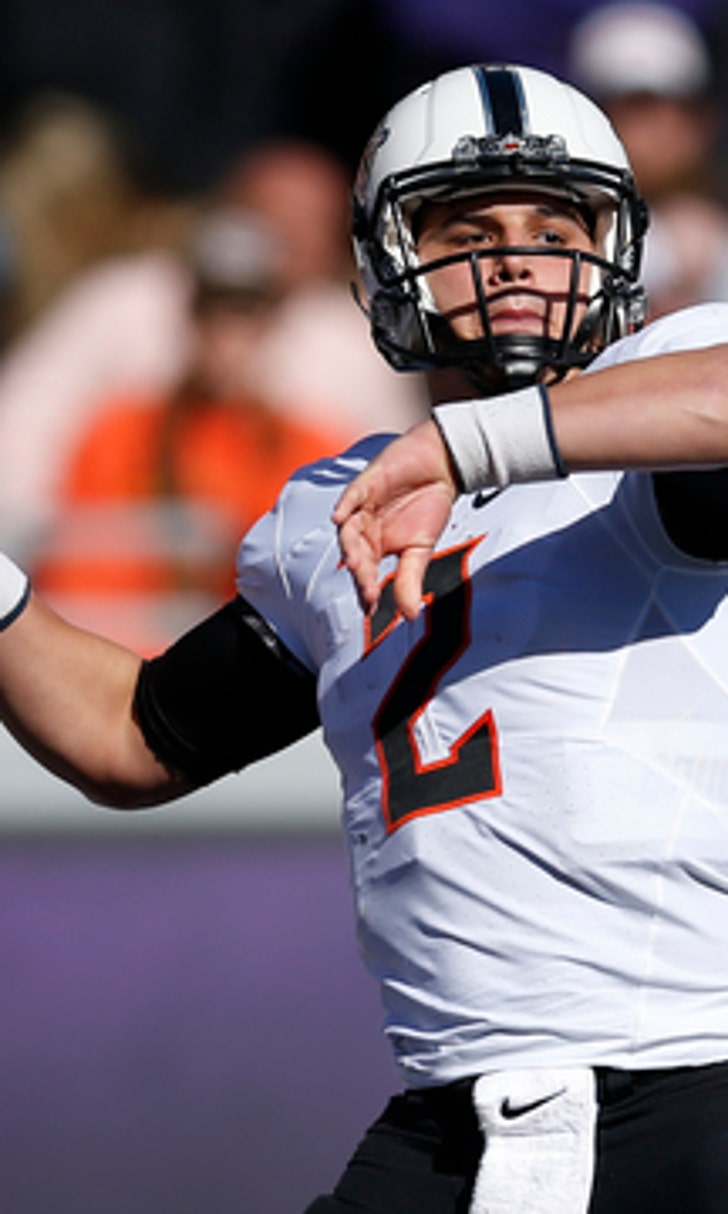 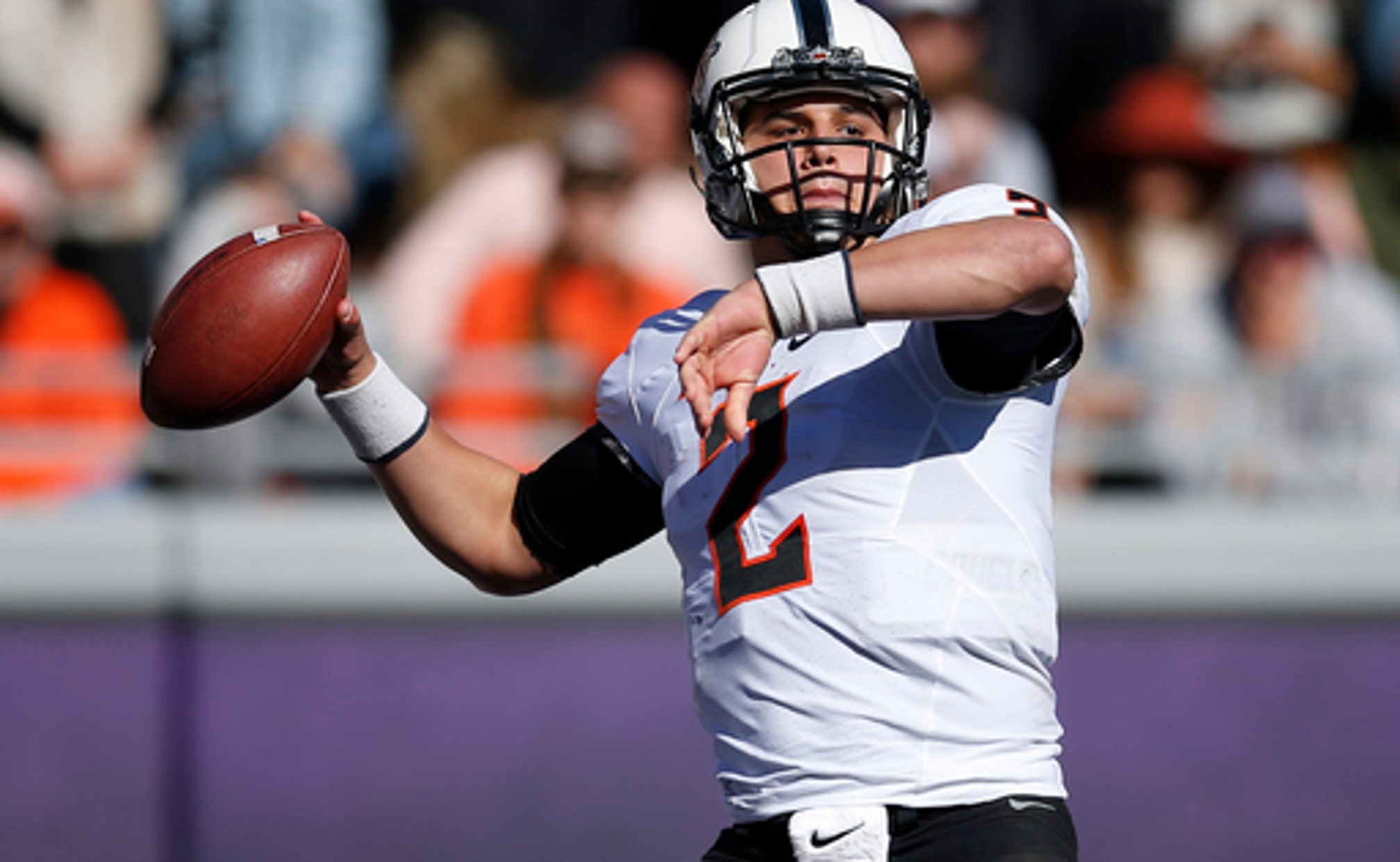 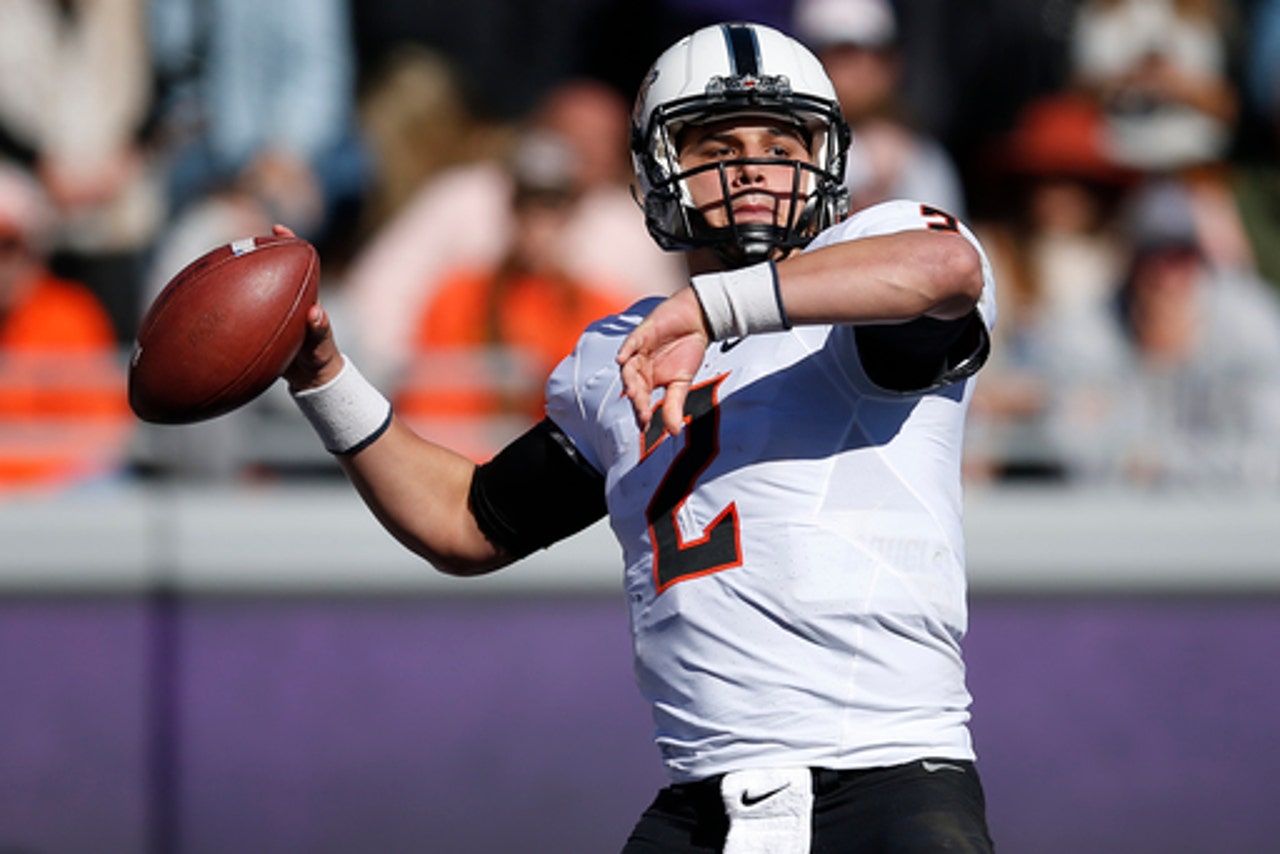 FORT WORTH, Texas (AP) Mason Rudolph ran for two touchdowns and threw for another score as 13th-ranked Oklahoma State earned a Big 12 title shot with its seventh consecutive victory, 31-6 over TCU on Saturday.

The Cowboys (9-2, 7-1, No. 11 CFP) will be conference champions if they beat eighth-ranked Oklahoma in their regular-season finale after an open date.

Oklahoma State scored on its only two drives in the third quarter to go ahead 24-6. Chris Carson had a bruising 19-yard TD run when he got through three tacklers and Rudolph scored on a 2-yard keeper immediately after a 63-yard catch-and-run by Chris Lacy , who dragged a defender almost 15 yards before finally being brought down.

TCU (5-5, 3-4) had a chance to take the lead in the final minute of the first half after a 40-yard run by quarterback Kenny Hill . But Kyle Hicks took direct snaps in a wildcat formation on consecutive plays from the 1, getting stopped short on a third-down run and then overthrowing an open receiver.

Justice Hill had 154 yards rushing on 16 carries for Oklahoma State, and Carson had 146 yards on 17 carries. Lacy had four catches for 109 yards, setting up his 3-yard TD in the first quarter with a 30-yard catch.

Oklahoma State: Coach Mike Gundy and the Cowboys won their only Big 12 title five years ago. And they weren't going to be denied a chance at another. After their last two wins by a combined seven points, the Cowboys responded with 31 unanswered points following TCU's only score. Rudolph is 21-5 as their starting quarterback.

TCU: There were more designed runs as expected for Hill (eight carries for 79 yards), but he threw two interceptions. The Horned Frogs were coming off a 40-point win over Baylor in their previous game two weeks ago, but reverted back to the kind of inconsistent play that hampered them in losing three of four before that and escaping Kansas with a one-point win. They have two chances left to get bowl-eligible.

Oklahoma State finishes the regular season with Bedlam at No. 8 Oklahoma on Dec. 3.

TCU goes to Texas on Friday.