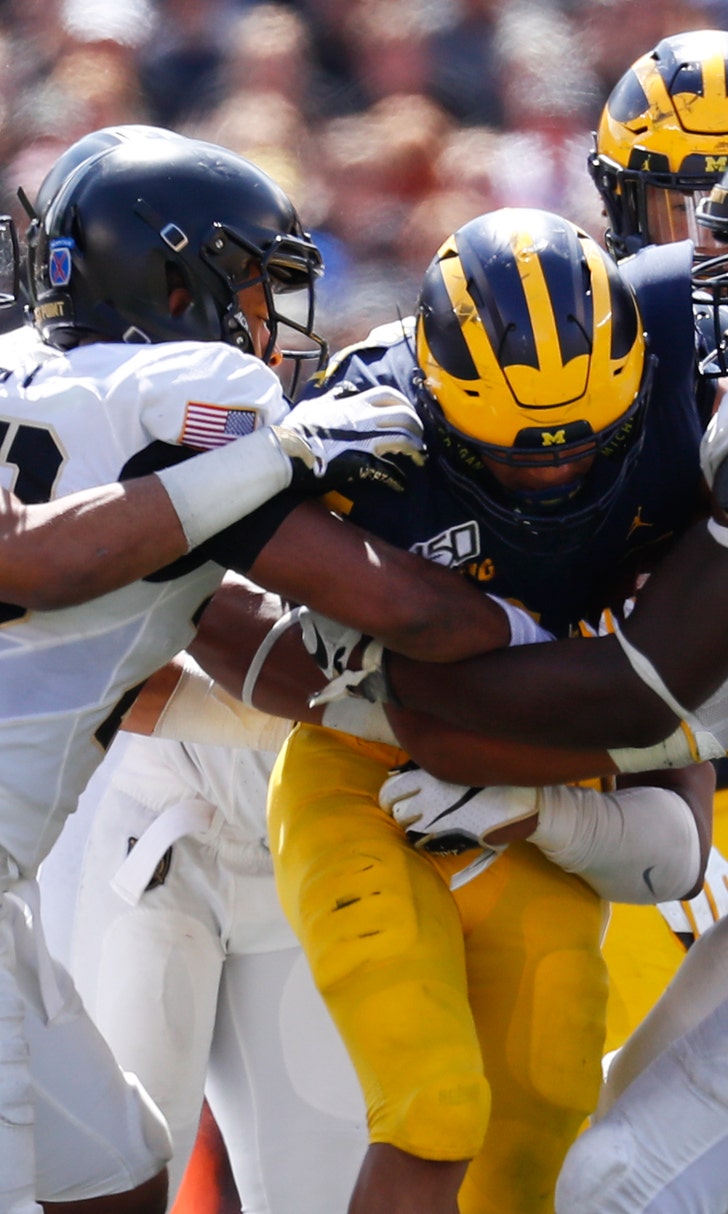 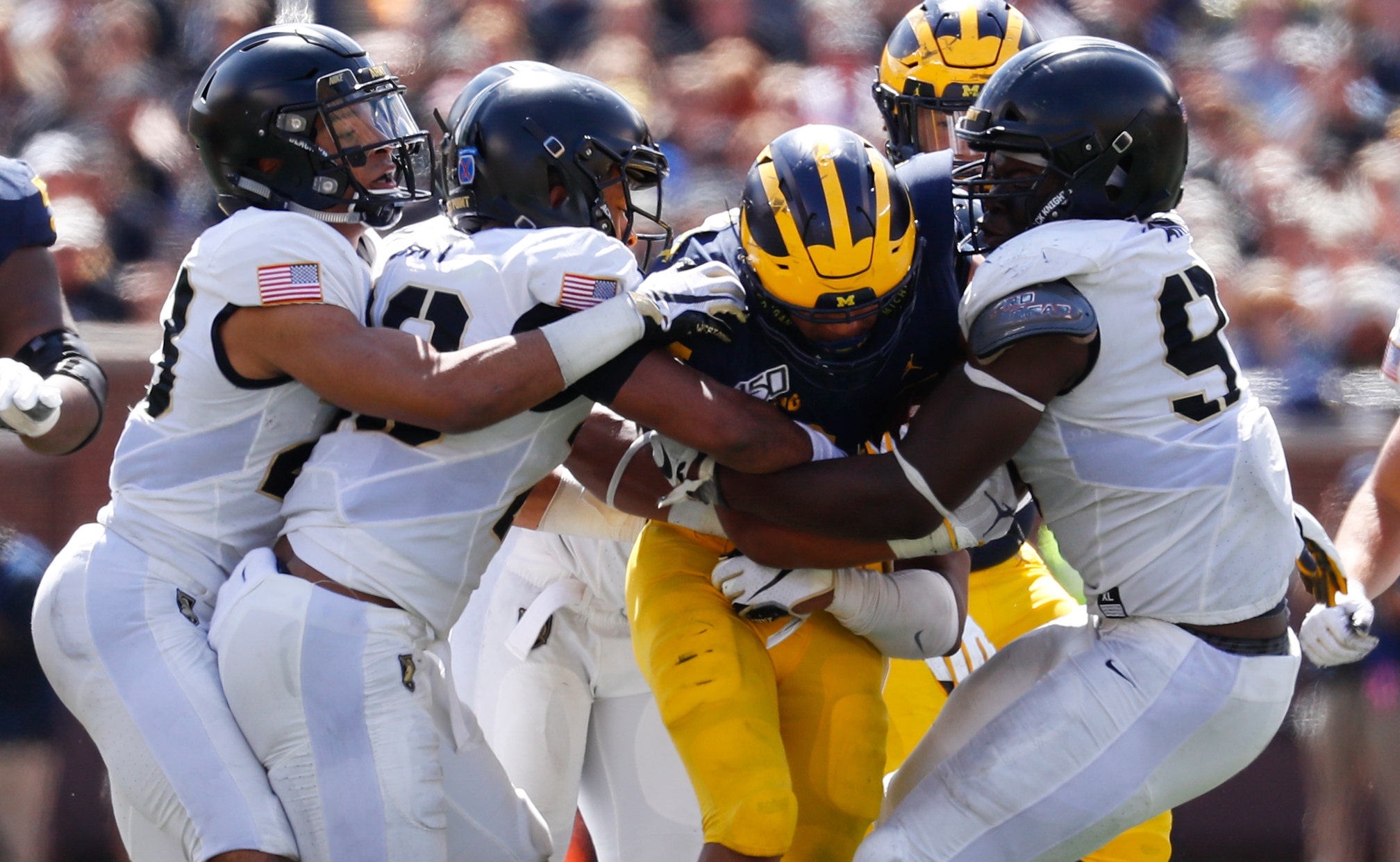 No. 10 Michigan has plenty to work on during early bye week

ANN ARBOR, Mich. (AP) — Jim Harbaugh hired Josh Gattis and handed him the keys to Michigan's offense last winter, hoping the offensive coordinator would bring the program up to speed in college football.

Harbaugh envisioned and touted a new brand of football that would put some of the team's talent in open spaces to make big plays.

So far, the 10th-ranked Wolverines are sputtering on offense and the preseason talk is getting called into question.

Michigan has turned the ball over seven times in two games and by Gattis' count, players on offense have committed 10 penalties and combined to drop seven passes.

"You go back and you look at all those plays in critical situations, they're killing us," Gattis said Monday.

Michigan has managed to win its first two games, barely beating Army in double overtime after a sluggish opener in which overmatched Middle Tennessee was beaten 40-21.

"We've stopped ourselves more than anything," Gattis said.

Shea Patterson has been shaky with the ball, losing three of the team's five fumbles. Patterson and his teammates will have plenty of time to work on taking better care of the ball because their next game follows an off week on Sept. 21 at No. 14 Wisconsin.

"I think our kids are just pressing, wanting to be great," Gattis said. "There's a high level of excitement and standard for them, a lot of pressure. It's a perfect opportunity to get them calmed down. Let's play loose, play our type of football.

"We'll spend the bye week, hopefully, get some voodoo expert in here and get rid of the curse of the fumbles."

Gattis confirmed Patterson has been playing with an oblique injury, but insisted it has not affected the senior quarterback. Backup Dylan McCaffrey has played in place of Patterson in both games, following a plan Harbaugh has had since during the preseason.

"When we pull Shea, it's not necessarily that he's doing bad," Gattis said.

The time off may help Michigan get some key players back.

Defensive coordinator Don Brown said linebacker Josh Ross left the Army game with a stringer. Defensive lineman Michael Dwumfour had a cast on his right hand last week after injuring himself in the opener.

"It's hard to play with one hand," Brown said.

Michigan's defense has played relatively well, considering its offense has turned the ball over seven times to give opponents chances to score on a short field. Brown's unit, though, has not been able to avoid head-scratching mistakes.

Senior linebacker Khaleke Hudson, for example, lined up offside to give the Black Knights a first down to set up their touchdown in the first overtime Saturday.

"Can you believe it?" Brown asked two days later, still shaking his head in disbelief.

On both sides of the ball, Michigan is making mental and physical mistakes that are creating doubts preseason predictions for college football's winningest program will ring true. The Wolverines were a popular pick to win the Big Ten title, for the first time since 2004. Some expected them to reach the College Football Playoff for the first time and to contend for their first national championship since 1997.

"I don't know why the ball's on the ground. I don't know why we're jumping offside," center Cesar Ruiz said. "But I know it can be fixed, and that's one thing we're going to work on.

"I think the bye week was perfect for us to really focus on what we got to fix."