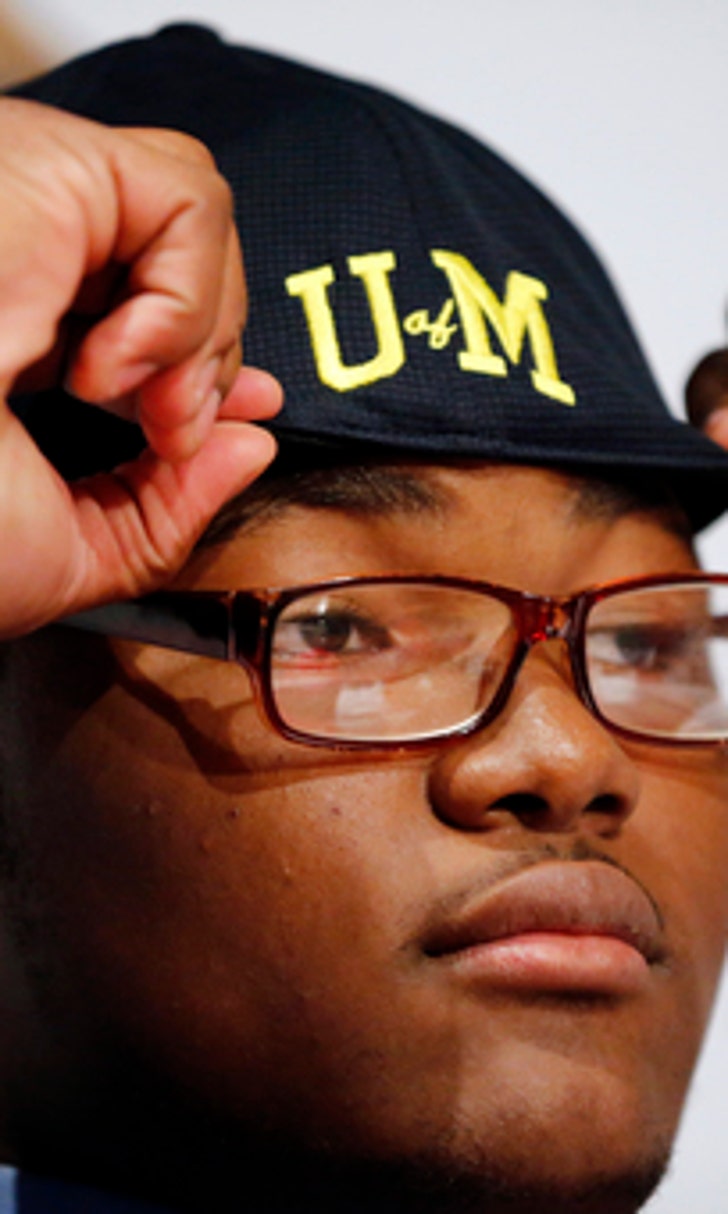 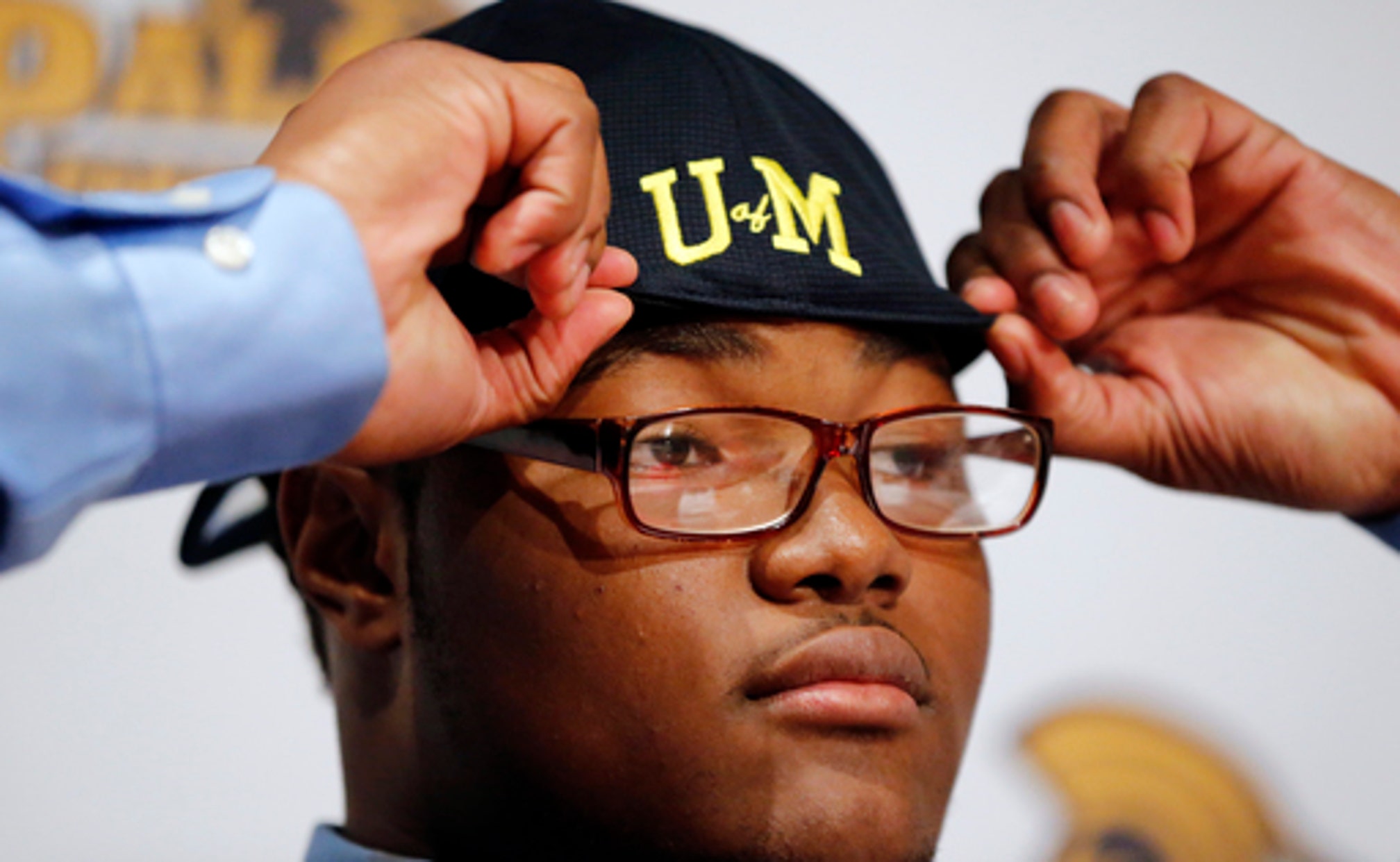 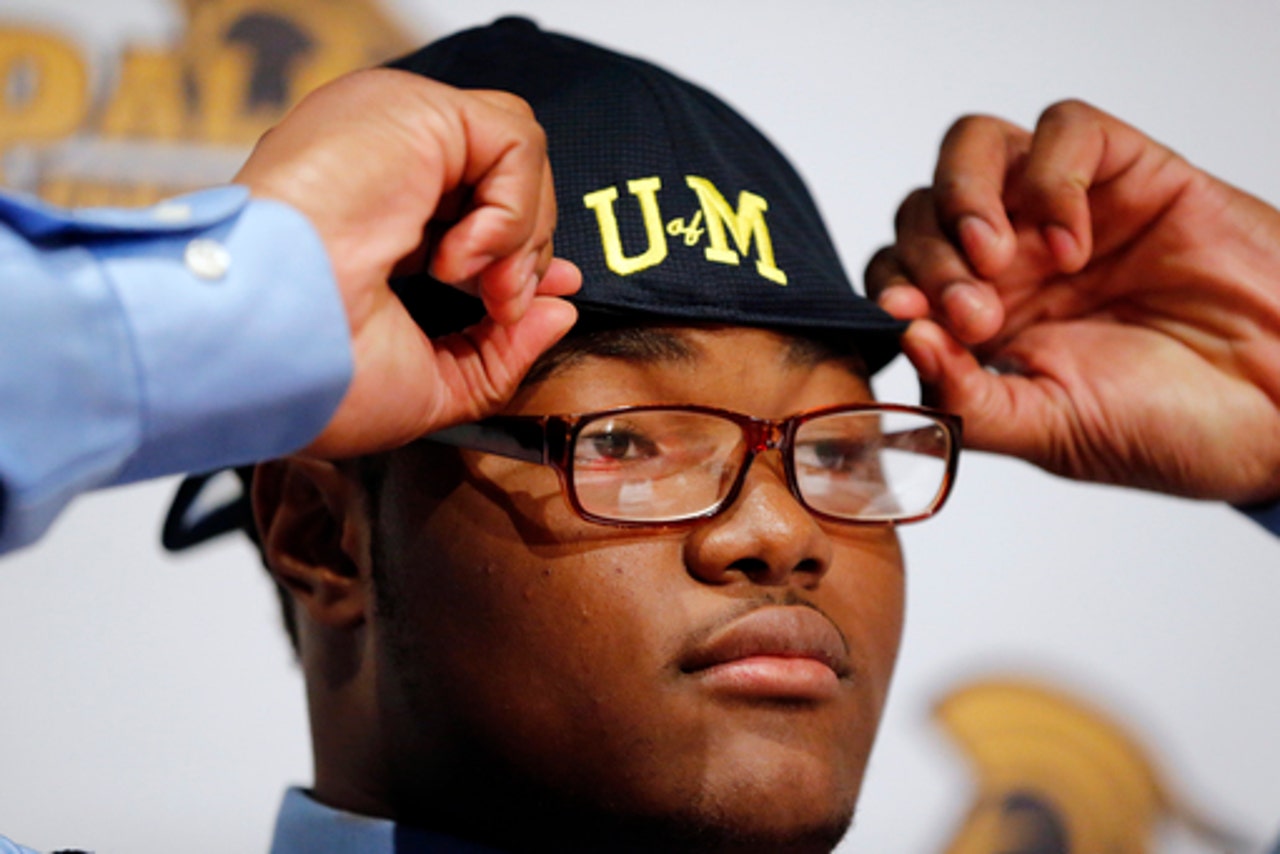 Rashan Gary, the nation's top recruit, has decided to play for Michigan.

The defensive tackle from Paramus Catholic High School in New Jersey went with the school that was considered the front-runner from the start.

Gary's former coach at Paramus Catholic, Chris Partridge, is the linebackers coach at Michigan. His former high school teammate, Jabrill Peppers, plays defensive back for the Wolverines. He is one of five high-profile recruits from New Jersey to be part of coach Jim Harbaugh's highly rated class.

Gary was also considering Clemson and a few Southeastern Conference schools. His last official visit was to Clemson and the Tigers sent him and his mother home with a birthday cake for mom.