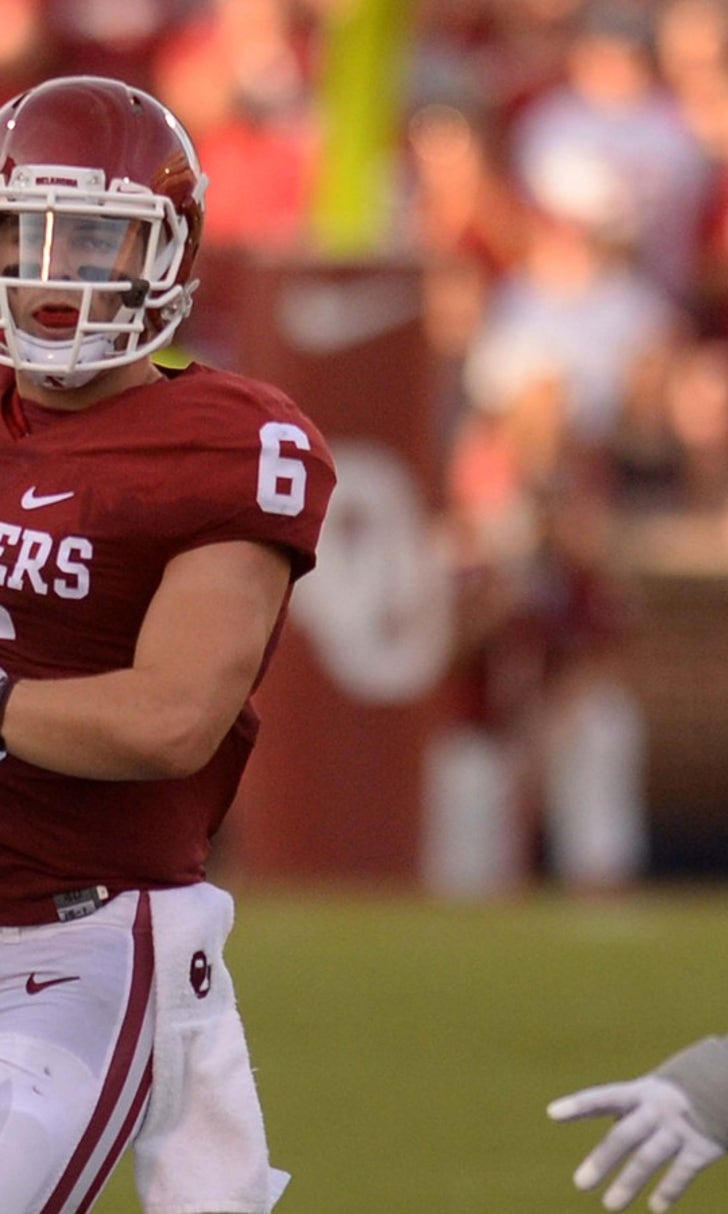 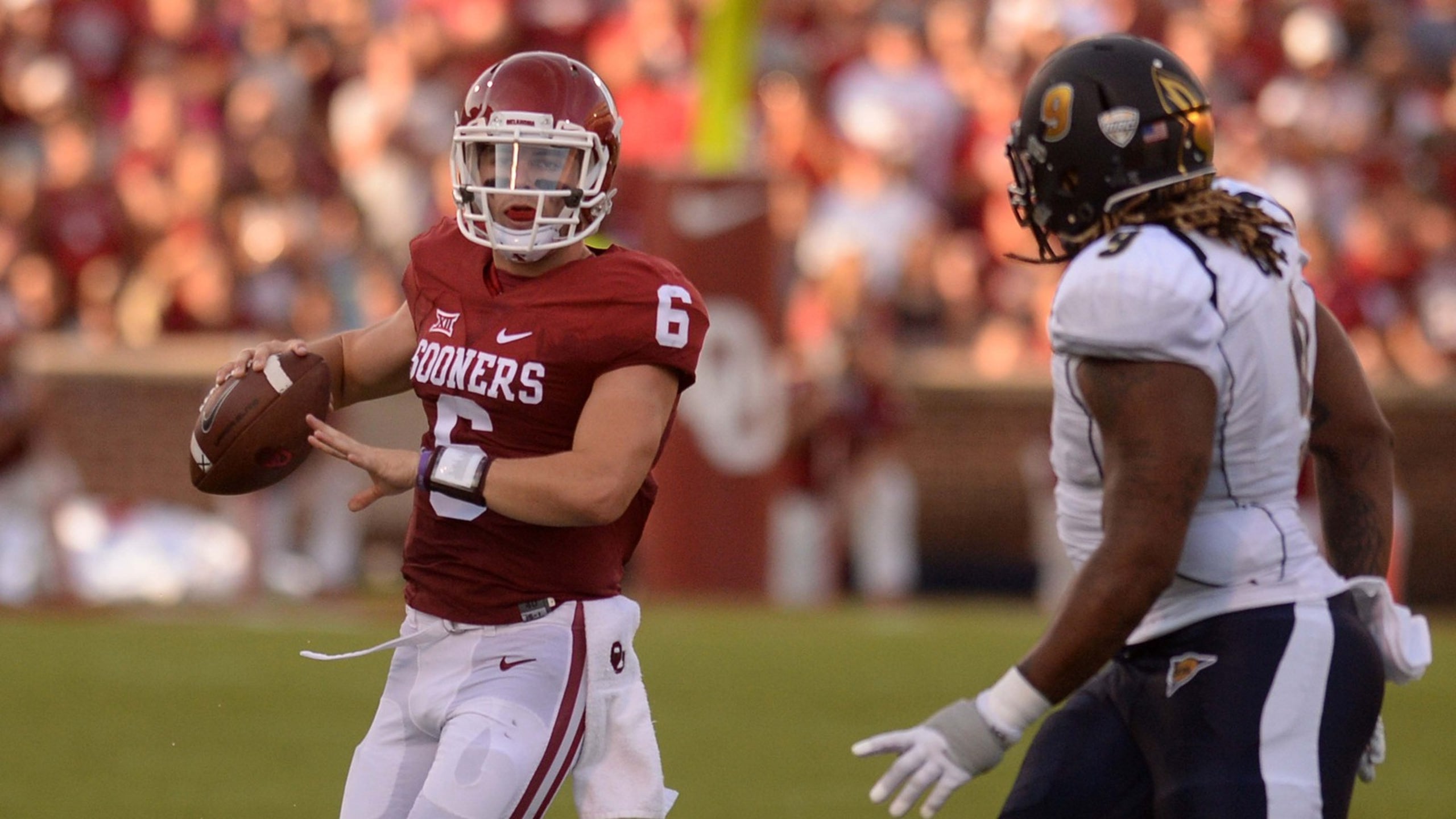 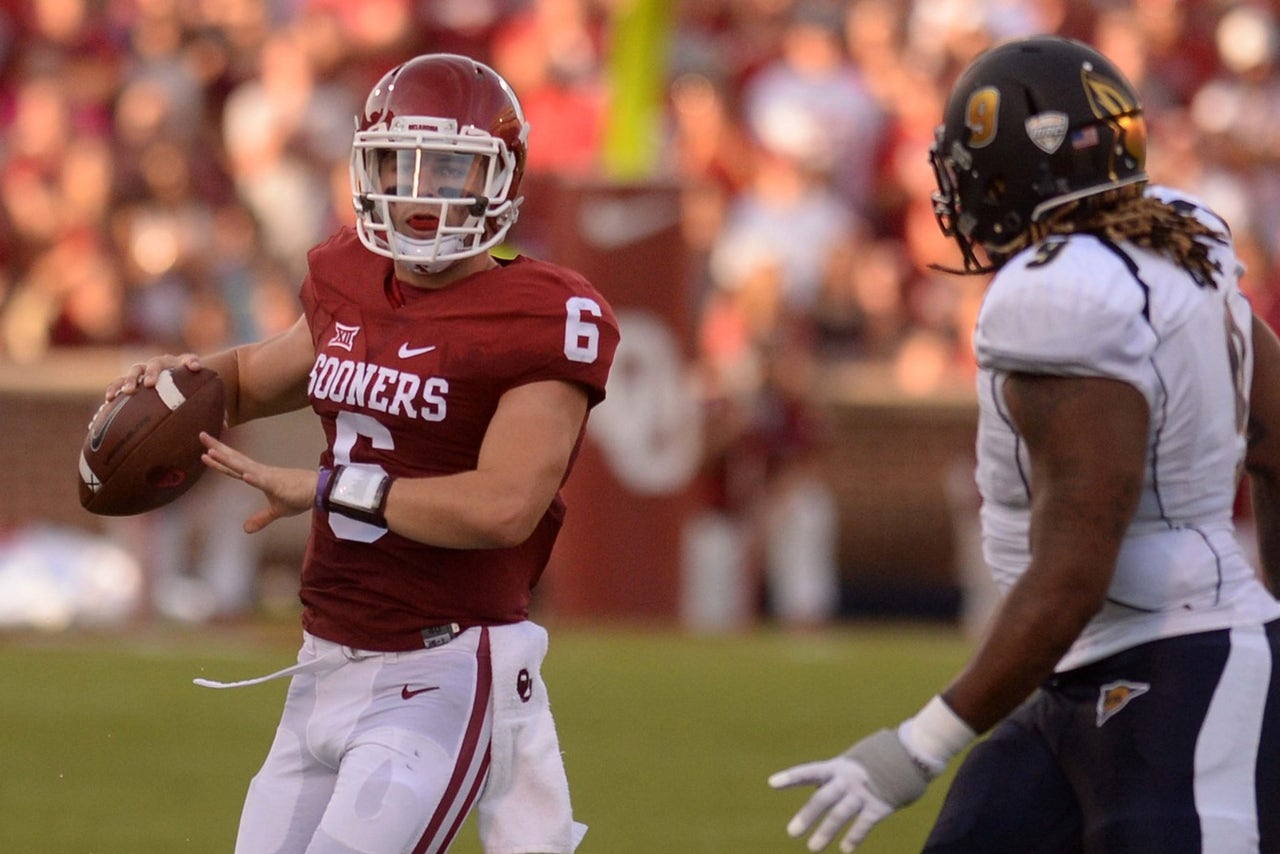 Oklahoma quarterback Baker Mayfield was one of 20 semifinalists for the Maxwell Award, which is presented each year to the best college football player in the nation.

Mayfield is sixth in the country in points per game and passing touchdowns per game. He's 10th in total offense and 13th in passing yards per game. Mayfield has thrown 25 touchdown passes and just four interception. He sent a record for passing yards in a season opener with 388 and helped OU to four touchdowns in four possessions in the rally against Tennessee.

TCU quarterback Trevone Boykin, Baylor receiver Corey Coleman and TCU receiver Josh Doctson are the only other Big 12 players on the list.