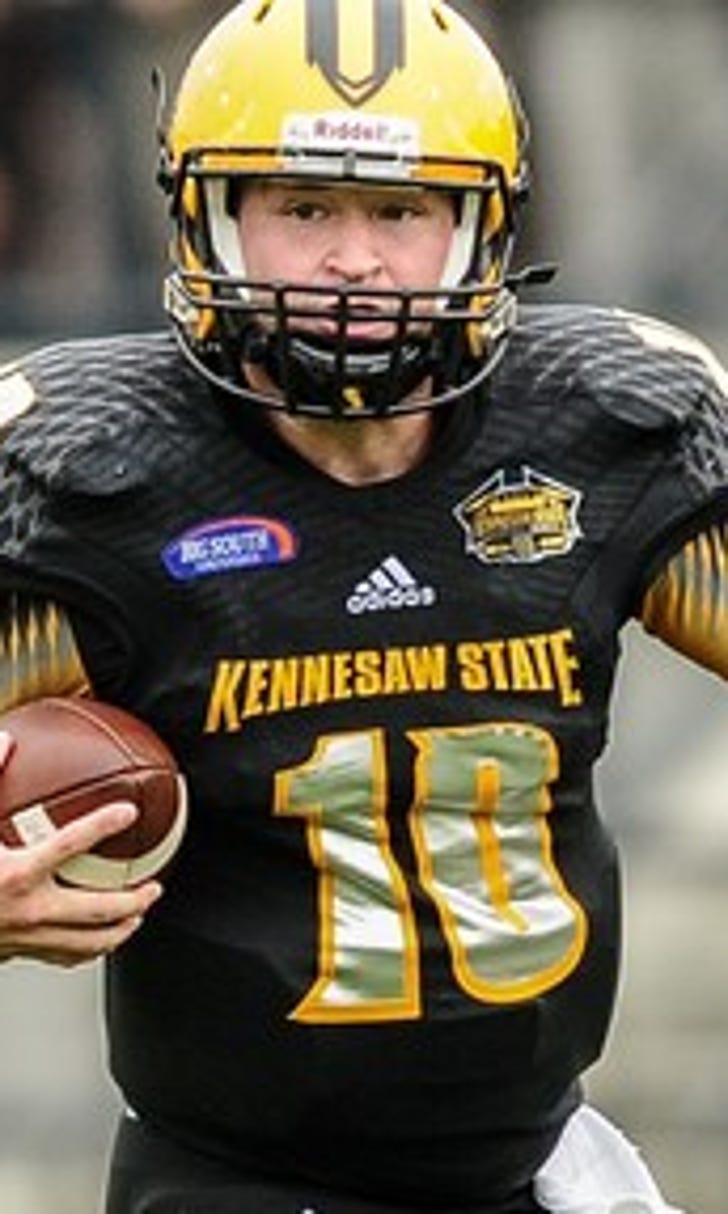 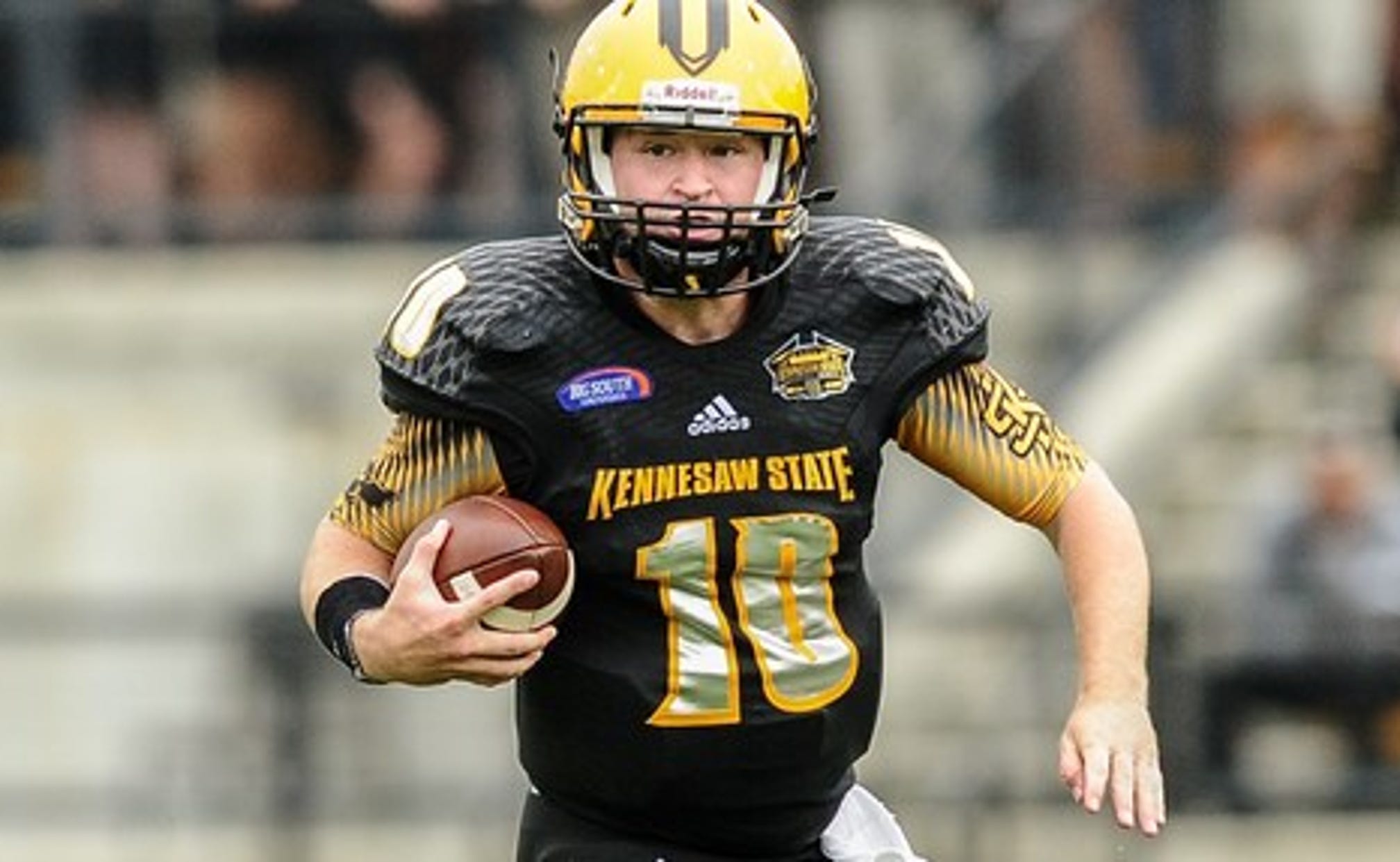 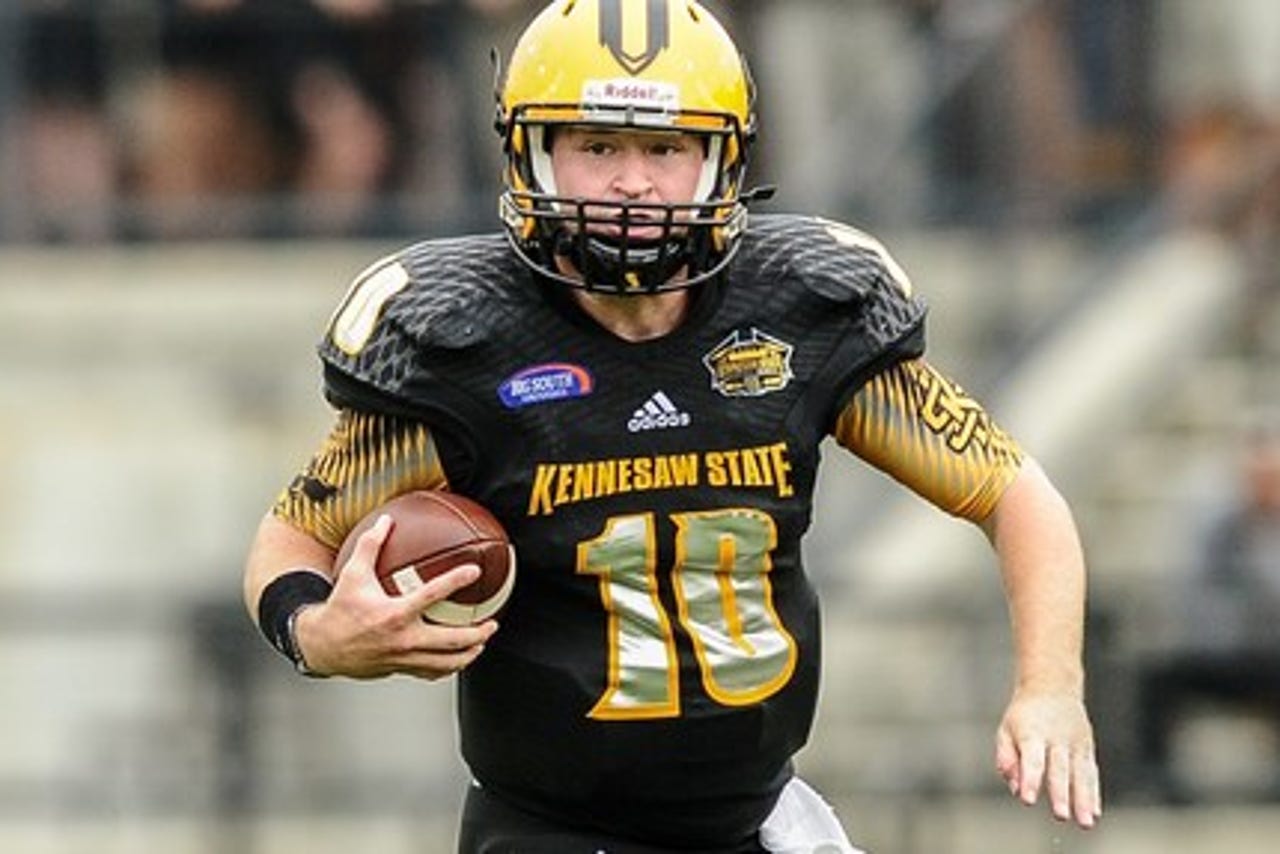 (STATS) - Kennesaw State is no longer looking out at a blank landscape, the Owls have a road map this year.

They've been afforded more of a sense of certainty in their second season after debuting with a successful startup campaign last year.Big South teams are much more aware of Kennesaw as well. The Owls were selected third in the conference's preseason poll announced Tuesday at football media day in Charlotte, North Carolina.

Not surprisingly, Charleston Southern was installed as a prohibitive favorite after sweeping to the Big South title last season. Liberty was picked second with Monmouth fourth, Gardner-Webb fifth and Presbyterian sixth.

The Big South has dropped to six teams this season with the departure of conference power Coastal Carolina, which is transitioning toward the Sun Belt Conference on the FBS level.

Kennesaw State not only comes back more established after finishing 6-5 last season, but with a sense of confidence because the Owls were ahead of schedule for a typical program forming from scratch. They even gained one of the 18 first-place votes in the preseason poll.

"I think the biggest thing from year one to year two is year one there were really no expectations," coach Brian Bohannon said. "There was a lot of unknown and uncertainty. Now we've been through a season, our kids have been through this, I think there's a little expectation with our football team. I think our kids understand what's getting ready to happen, too, and I think that's been a big difference as well.

"I think they're excited about knowing what's coming and having a chance to go out and compete. It's definitely a different feel, but it's equally as exciting going into year two because we've got a great challenge to continue to move forward."

Kennesaw, an associate member of the Big South located about 30 miles northwest of Atlanta, debuted with terrific facilities and community support, going 5-1 at home. While an easy non-conference start helped the Owls to a 6-2 start, it included conference wins over Gardner-Webb and Monmouth.

They lost their final three Big South games to finish 2-4 in the conference, but it was a terrific opening campaign. They return 10 starters on each side of the ball, with option-style quarterback Trey White, wide receiver Justin Sumpter, center Malik Letatau and strong safety Taylor Henkle named to the Big South preseason team. Free safety Derrick Farrow made the conference second team last season.

"I think our kids think they can go and compete in the Big South," Bohannon said. "There was that unknown last year. It's a good league, there's well-coached football teams and we know we're going to play extremely well to compete.

"You look at what Charleston Southern did last year, winning the league and making a run in the playoffs. So it's good football, they're well-coached, but I believe our kids believe they can go compete and they can go win. And I think now going through that (last season), that helps us."

Big South preseason players of the year Darius Hammond (running back) and Anthony Ellis (defensive end) boosted Charleston Southern to the top spot in the preseason poll. Coach Jamey Chadwell's Buccaneers, who finished 10-3 and sixth in the final STATS FCS Top 25 last season, had the most players on the preseason team with seven, one more than Monmouth.